The Burden of Beef 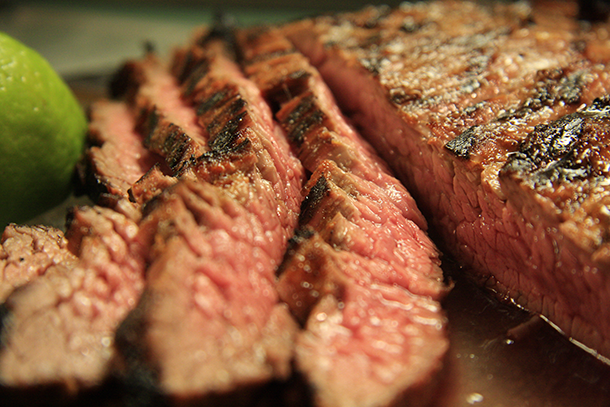 Beef may be what's for dinner but a National Academy of sciences report finds that beef is on average ten times worse for the environment than other meats. Food systems expert Anna Lappé discusses the beef burden and how to eat healthily with host Steve Curwood.

CURWOOD: Well, however it’s raised, many Americans find a juicy sizzling steak hard to resist. But a study published in the Journal of the Proceedings of the National Academy of Sciences shows that producing beef places a greater burden on the environment than, say, chicken or pork. Beef cattle require 28 times more land, and produce five times more greenhouse gases than other livestock. This is an issue that Anna Lappé, author of “Diet for a Hot Planet” feels strongly about.

LAPPÉ: When I think about beef, I sort of picture it as like the Hummer on our dinner plate; that’s a really inefficient way to get food from an animal. It takes about 30 calories of feed to produce just one calorie of beef, and so, when you think about that conversion ratio, it gets you thinking about how many resources are going in to produce beef. Worldwide, about three-fifths of all agricultural land is used for pasture or for feed, but we’re only getting about five percent of the world’s protein from beef. And beef is just an incredibly energy and resource intensive food production system. 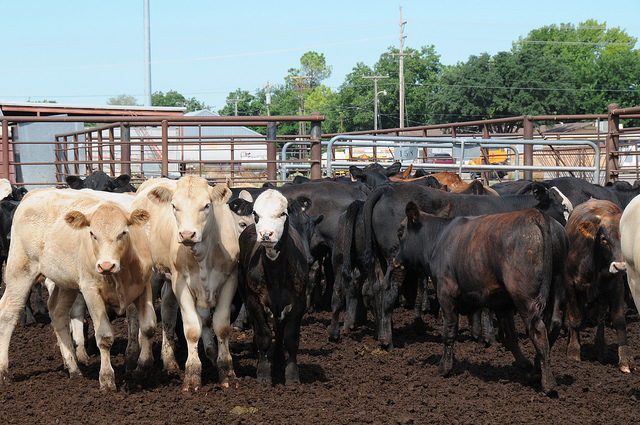 Many, if not most American beef cattle are fattened up in feedlots on a diet of corn and soy before slaughter. (Photo: U.S. Department of Agriculture; Flickr Government Work)

CURWOOD: Let’s talk about the resources that go into raising beef. What sort of things are used?

LAPPÉ: One of the reasons why beef cattle in particular has such a huge impact is because we are raising cattle today in feedlots, and so a big environmental impact is that corn and soy production—it's the water used to grow the corn; it’s the nitrogen runoff from those cornfields. So that's one of the main sources of impacts.

CURWOOD: Now how does beef compare to other meat production: chicken, pigs, and to the vegetarian options? 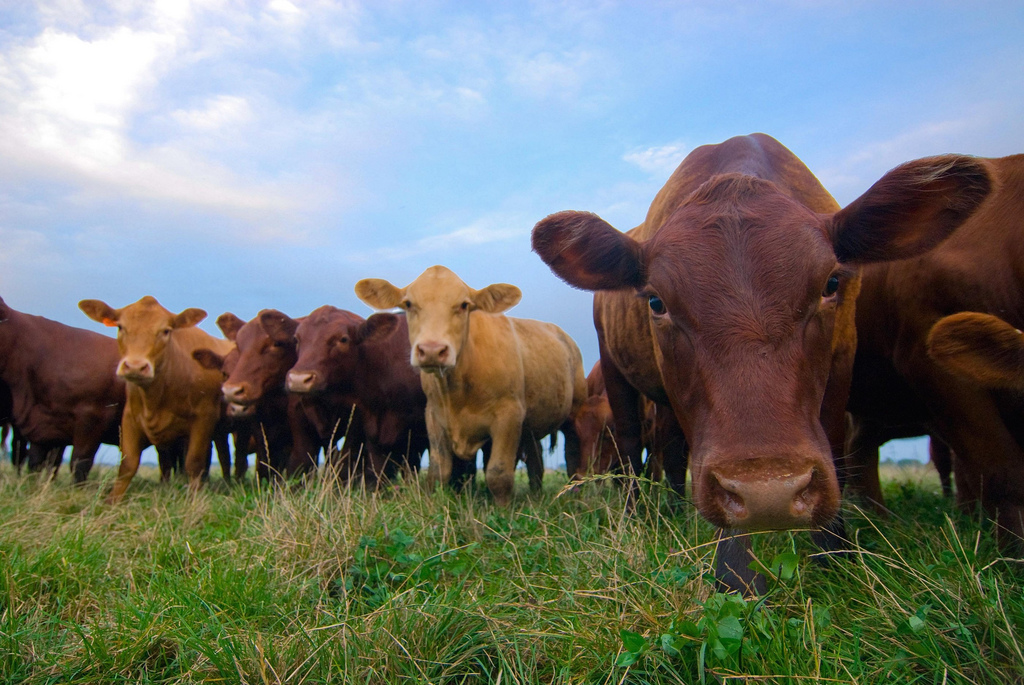 Beef production requires much more land, energy, and water compared port and poultry production, according to a study published by the National Academy of Sciences. (Photo: theglobalpanorama; Flickr Creative Commons 2.0)

CURWOOD: What proportion of crops such as corn and soy are grown to feed beef as opposed to people directly?

LAPPÉ: Less than one percent of the corn planted today actually is corn like you and I think of it, on the cob, we slather with butter and salt. About 50 percent of it’s going to feedlots, and a little bit less than 50 percent to corn-based ethanol. One of the elements of a feedlot is that you're concentrating all that livestock, which means you’re concentrating their waste—and I don't want it upsetting anyone’s appetite here—but when you concentrate that waste, there's going to be not just noxious fumes, but also you can actually see the bubbles popping on the top of these manure lagoons, releasing methane gas—a really intensive greenhouse gas that traps heat in the atmosphere. And corn and soy are incredibly hard for cows to digest because they weren't evolved to eat that diet.

CURWOOD: So why not just feed them grass instead of all that soy and corn? 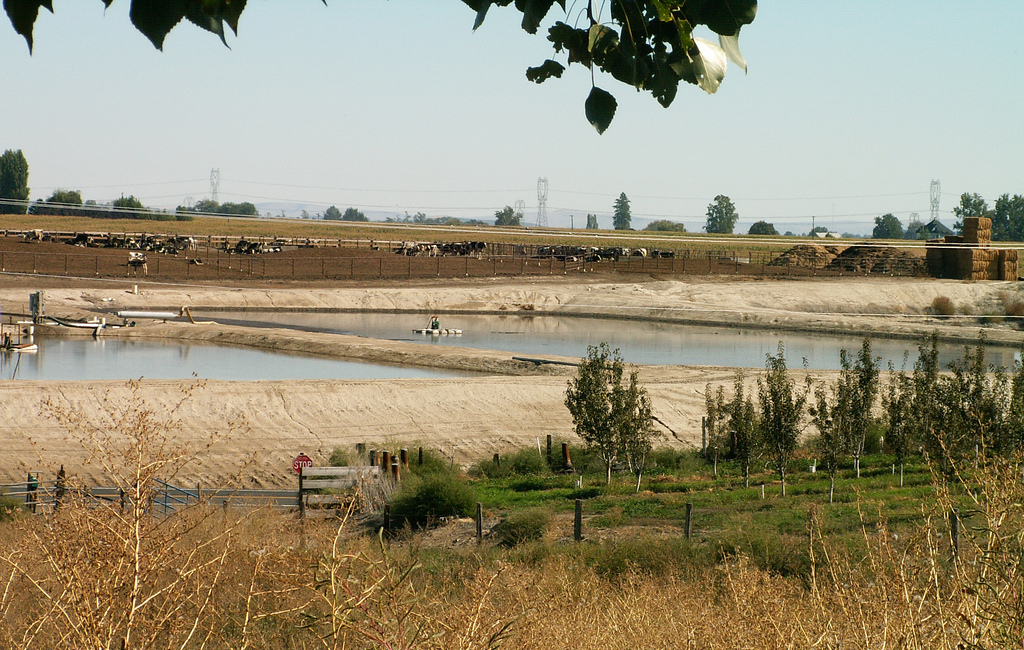 LAPPÉ: There’s a big movement to raise the alarm and say, “Let's bring cattle back to the land. Let's feed them what they are designed to eat, which is grass.” But we have to have a conversation about reducing consumption. We simply cannot produce 26 billion pounds of beef, which is how much we produce every year, at a sustainable level. So we need to reduce consumption, and we need to re-think how we are raising cattle, to integrate them into really thriving sustainable farms and that means feeding them grass, exactly, getting back on the land.

CURWOOD: And you're talking about America here?

LAPPÉ: Yes, so the United States is the world's single largest producer of feedlot beef. We export some of that but we consume a lot of that.

CURWOOD: So, Anna, you’ve given us the math about cow products having such a huge environmental cost, but at the store, relatively inexpensive, certainly compared to seafood, for example. 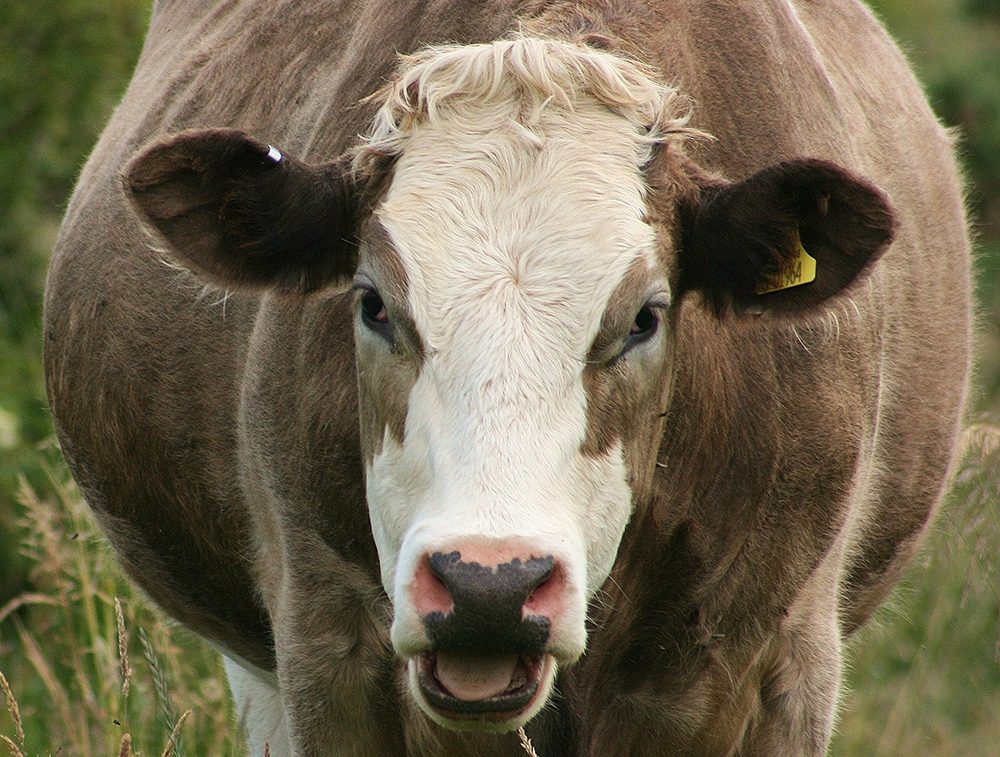 LAPPÉ: Economists like to call it the externalities, and I like to call it “the things that the producers aren’t having to pay for”. So that manure running off into our waterways or the nitrogen running off from cornfields and causing dead zones in the Gulf of Mexico—all of those environmental impacts are being paid for by us, the taxpayers, by cleanup dollars, by federal programs from the Environmental Protection Agency and so on. So there’s incredible costs of production that just aren't being born by the companies, and therefore, we don't see it on the price tag of beef at the supermarket.

CURWOOD: American culture likes beef. It's a big and important meal. “Bring on the steak,” many folks say. How do you make a cultural change to align with the things you're talking about it?

Anna Lappé is author of Diet for a Hot Planet, and co-founder of the Real Food Media Project and the Small Planet Institute. (Photo: Courtesy of Anna Lappé)

LAPPÉ: You know, I think the point isn't that were saying, it’s abstinence. We’re not saying, we all have to never eat beef again. It doesn't mean taking meat completely out of your diet or off your plate, but really thinking of beef as maybe a treat you give yourself sometimes, but not something you eat very frequently; and thinking about how to center your meals around plant-based foods; how to find incredibly rich protein sources from plant foods as opposed to meat. But the other thing that I like to remind people is that there are other things we can do to reduce our climate footprint of our meals, and that’s doing things like reducing the food that we waste, reducing the amount of food we eat that have been grown with fossil fuel intensive production systems. So we can also think about reducing the processed foods we’re eating. There’s a lot of ingredients in processed foods that also have a really big climate impact. It's really kind of the principles of good healthy eating that eating a healthy diet: means eating plant foods, vegetables and fruits, trying to eat foods in season, trying to cook your own food and to reduce the amount of beef on your plate as well. So these are choices that are really good for bodies and they’re also good for the planet.

CURWOOD: Anna Lappé is author of “Diet for a Hot Planet” and co-founder of the Real Food Media Project. Thanks so much, Anna, for taking the time today.


Read the National Academy of Sciences study that added up the beefy burden on the environment.

Check out our 1995 interview with Frances Moore Lappé