Scottish Independence from High-Carbon Energy and the U.K. 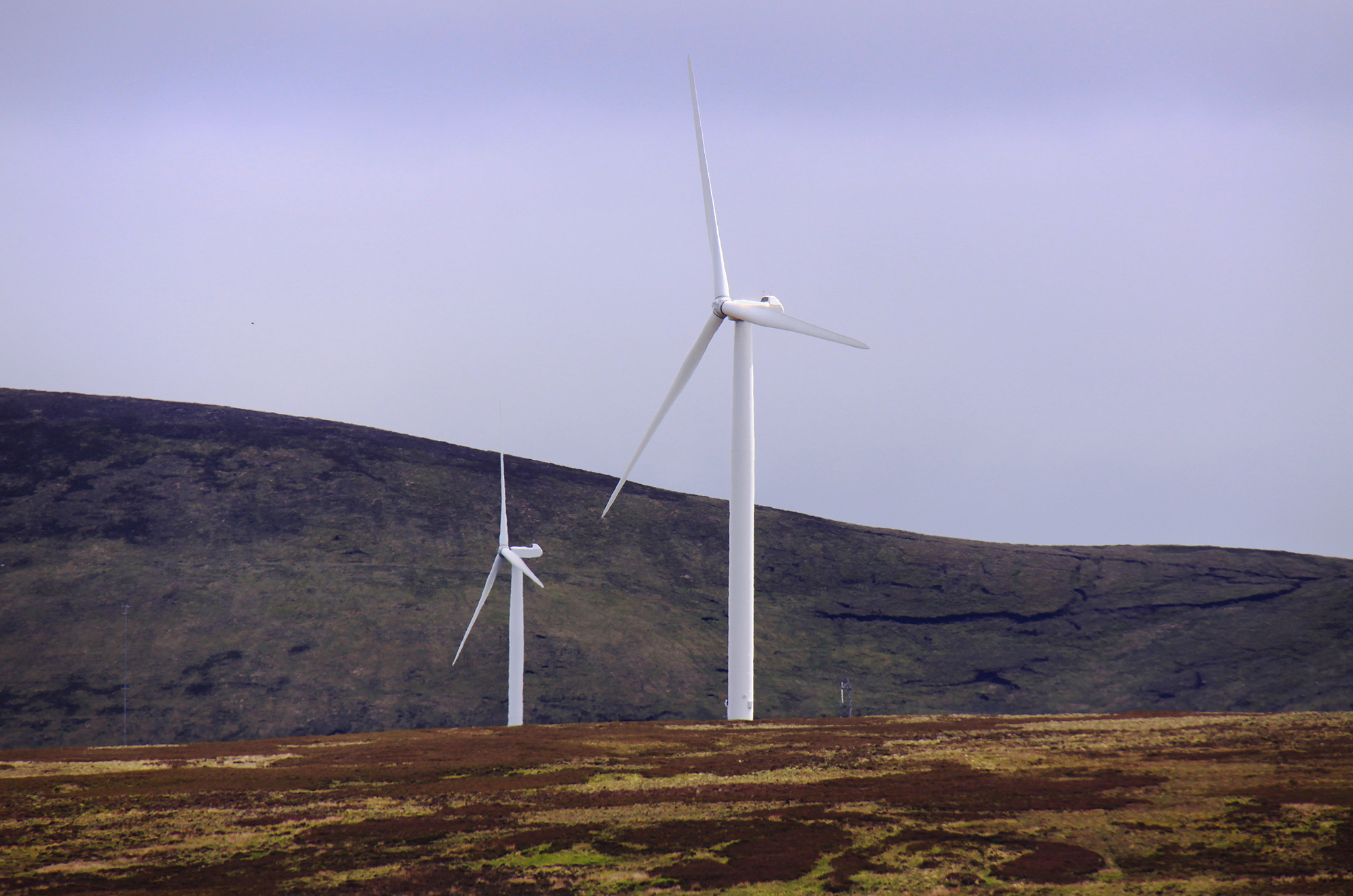 With its independence referendum just weeks away, Scotland’s future is in flux. Crucial to its economic success is North Sea oil and gas, but burning those fossil fuels could jeopardize Scotland's ambitious climate goals. Host Steve Curwood discussed Scotland's huge renewable energy resources and the dilemma of oil under the waves with WWF Scotland’s Director, Lang Banks.

CURWOOD: It's Living on Earth, I'm Steve Curwood. On September 18th, the people of Scotland head to the polls to vote on whether to leave the United Kingdom and become an independent nation, unwinding a merger with England that began some 400 years ago and became the heartland of one of the greatest empires in world history. Scotland has a lot going for it. North Sea oil off its coast has been a vital economic engine for the UK for decades, and Professor John Curtice of Strathclyde university says it will be the same for Scotland.

CURTICE: There is no doubt that whichever side of the argument you’re on, that oil will be crucial to Scotland’s future. It’s a crucial part of its economy, it’s crucial to government revenues.

CURWOOD: But tighter international agreements to cut carbon emissions in the future could make many of those many billion of barrels of oil and gas less bankable assets. To learn how Scots view this dilemma, we called up the Director of the World Wildlife Fund in Scotland, Lang Banks. He says that neither side of the debate over Scottish independence is talking about the risk that much fossil fuel may have to stay in the ground.

BANKS: To be quite honest, the two sides are exactly the same with very few exceptions. Both sides want to see maximized returns from oil and gas, so as far as we're concerned, both sides are inconsistent with our international obligations and our moral obligations to start cutting carbon. 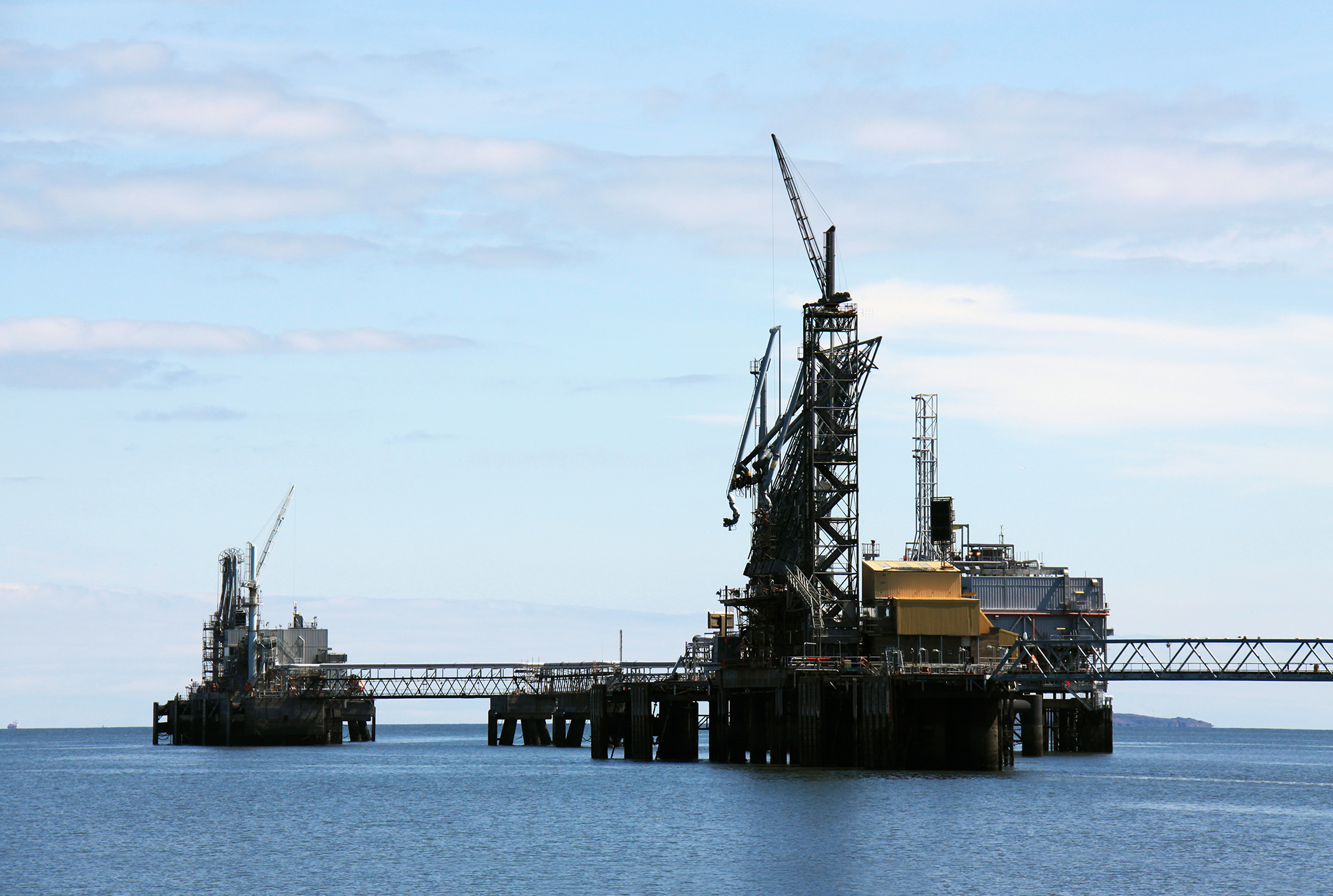 Offshore oil rigs in the Firth of Forth in southeastern Scotland. Industry estimates put the reserves of offshore oil and gas under the North Sea at 15 to 24 billion barrels. (Photo: Linda More; Bigstockphoto)

CURWOOD: Well, what do folks say about the prospect that perhaps a global agreement on climate disruption or price on carbon could make those fuel reserves into stranded assets or carbon reserves that would not be cost effective to burn?

BANKS: I think that it's a very good point. I think it's something unfortunately that hasn't really got into the debate here. This is a big issue, but it's not the only issue. But it's certainly one that I think needs to be debated. However, irrespectful of the outcome of the referendum or the outcome it's a question that will need to be answered, and it's great for the opportunity to talk about it now.

CURWOOD: Summarize for me what the UK government's stance is on using these reserves in the North Sea?

BANKS: Well, the UK government have just recently unveiled new plans with a new regulator whose effective remit is to maximize the return from the oil and gas reserves left in the North Sea, so they are very much clear that they want to take that oil and gas out, and burn most it. I mean I think it's important to stress that, of course, not all the oil and gas there will be burned. Some of it's turned into other chemicals or medical aspects, but that's a small fraction.

CURWOOD: Well, how concerned do you think that the possible new Scottish government would be about the general ecological applications of using fossil fuels to generate income? 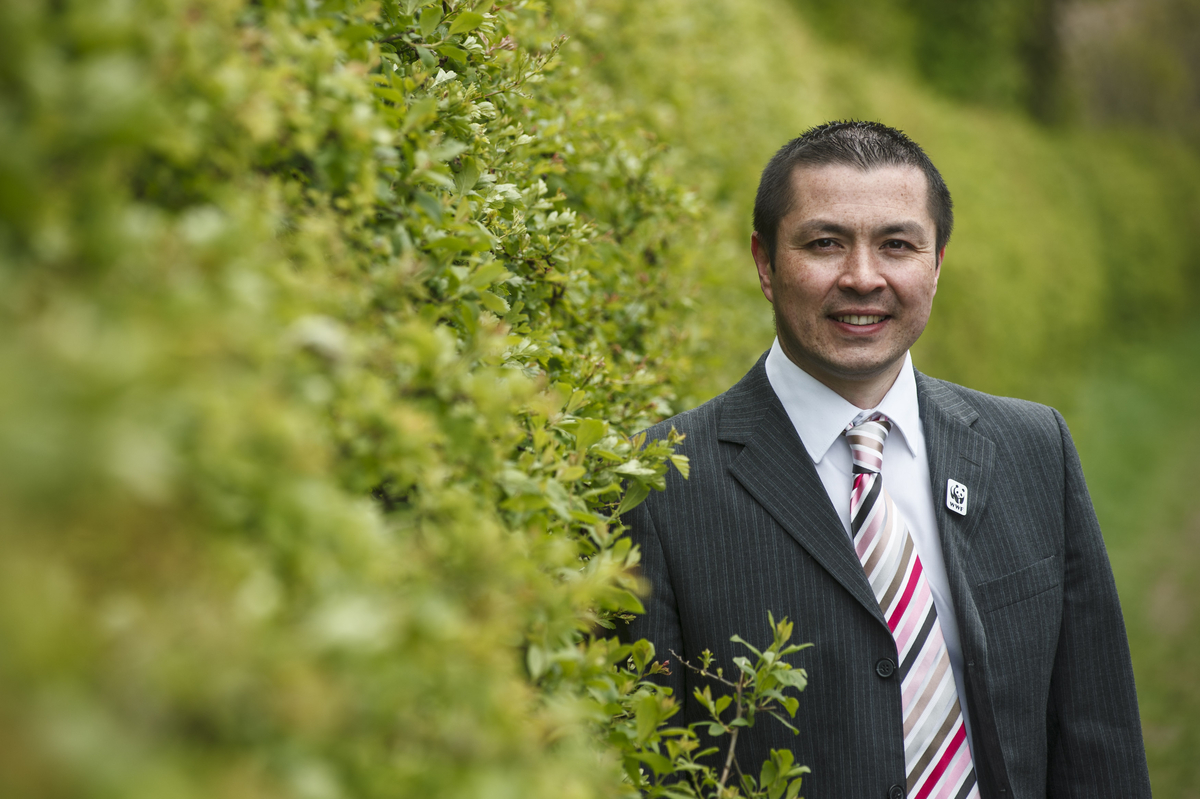 BANKS: Historically, Scotland has shown a good lead when comes to the issue of climate change and curbing carbon emissions. It has set itself the world's leading climate change targets, that’s to to reduce Scotland’s carbon emissions by 42% based on 1990 levels by 2020, so not far off. So the challenge for them is how to square the circle of going big on renewables, cutting climate change, yet still relying too heavily on oil. That's the conundrum. And it will still be a conundrum and a question to be answered irrespective of the outcome of the referendum.

CURWOOD: Indeed it's the question around the world, isn't it?

CURWOOD: So what do you think Scotland should be doing in terms of something different with its energy policy?

BANKS: I think the challenge for any new Scottish government would be to see whether or not it can do something different than has been going on in UK for a long time which is simply just to drill it and burn it. Scotland is blessed with having 25% of Europe’s offshore wind resource. It's got 25% of Europe's tidal power potential, and about 10% of Europe’s wave power potential, and it has ambitious targets. It has targets to generate 100% of it's electricity needs from renewables by 2020 so we have alternative resources here. We've started to tap into them. We think that's the future that Scotland should be taking, not continuing to take every last drop of oil of the North Sea.

CURWOOD: How do the Scottish people feel about this energy question? What do they want Scotland's economic energy future to look like?

BANKS: Well, I think there are mixed views as to where people want to get their energy from. Certainly when we poll people's opinion, renewables, whether it be wind, wave, solar, are very much the preferred majority option than fossil fuels and other forms of energy, so I think the public would get behind a clean energy revolution. I mean they certainly have already in Scotland to some extent. I think the challenge will be: how do we transform our economy into a low carbon one?

CURWOOD: What is the economic basis of Scotland if it does not rely on this fossil fuel?

BANKS: Well, I mean I think it's probably no different than it could be today. We would much rather see us invest in a low carbon economy and that means the tens of thousands of jobs already coming from renewables being increased. It could mean, if Scotland were to harness its full wave and tidal potential, that we become world leaders in the export of technologies for those power sources. We missed the boat unfortunately when it came to wind power, and it's the Danes and other countries which have reaped the rewards of going for that renewable first. So Scotland has the opportunity to harness other forms of clean energy. I'd prefer a transition that means we use the window of opportunity we've got to maximize the return and jobs that we can create in cleaner forms of energy.

CURWOOD: So that sounds like a massive, huge amount of investment.

BANKS: I think an interesting thing is to see what is being talked about in Norway, a country which Scotland often compares itself to. They are another oil economy. They have an oil fund, a strategic wealth fund, and there's discussions there about how they change that fund into something which is less carbon intensive because at the moment it invests in further oil and gas developments. My colleagues in Norway are looking at how to convince them to start investing that money into clean forms and renewables. So I think there are different approaches to this, and there are different ways of funding it.

CURWOOD: Now, to what extent has Scotland felt the impacts of climate disruption? Some think that at some point in the near future Scotland might be able to have vineyards, have wine.

BANKS: Well, our country is changing. It's not quite as dramatic as in some other parts of the world, but strangely enough, I was just reading the other day about someone growing grapes somewhere in Scotland so that is starting to happen already. For a Scot, often Scots will say, "Well actually isn't it great if things get a bit warmer and a bit less wetter?" But I think the totality of this will knock on in unexpected ways, impact some of our greatest exports, things such as whisky and others. I mean, interestingly enough the whisky industry is actually playing a great role in trying to address climate change themselves. I think, they have as a business, recognized a threat to their own industry and have been spending large amounts of time and money investing in ways to reduce their own impacts. One of the distilleries was investing several million pounds to convert where it gets its energy from to low carbon energy source. So they're taking a stand because they can see that the threats face them as much as anyone else.

CURWOOD: Lang Banks is Director of WWF Scotland. Thanks so much for taking the time today.

BANKS: You’re great. Thanks very much.

About WWF Scotland and what they do

More about how Norway uses its petroleum revenue