Whither the Union Jack? 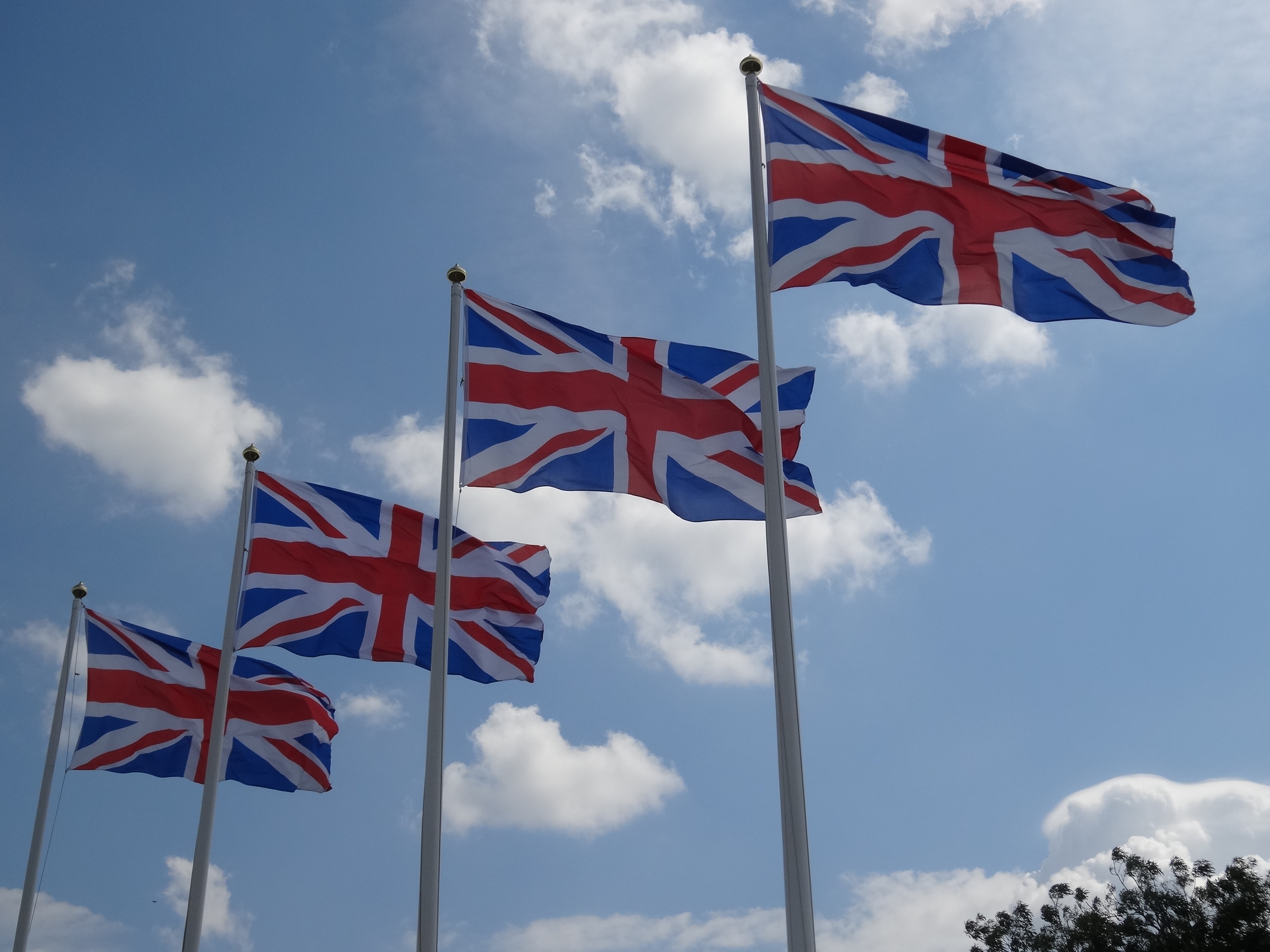 With Scotland set to vote on independence, Living on Earth's resident English producer Helen Palmer asks what would happen to the iconic Union Jack (which includes the Scottish standard, the cross of St Andrew) if the Scots vote for independence.

CURWOOD: There’s one potential consequence of Scottish independence, and it has to do with the UK flag, the Union Jack. This red, white and blue arrangement of crosses and diagonals is engineered from the national standards of the different parts of the United Kingdom. So if Scotland does leave the UK – will it take its cross of St. Andrew with it and perhaps set off the need to recycle millions of flags? It's a question we set our own resident Englishwoman, Helen Palmer, to investigate.

PALMER: So you all know the British flag – it decorates back-packs, and T-shirts, and it flutters above Buckingham Palace and government buildings. It reflects our national history and unity and for we English seems as enduring as the white cliffs of Dover. Malcolm Farrow is President of the Flag Institute, a UK nonprofit. 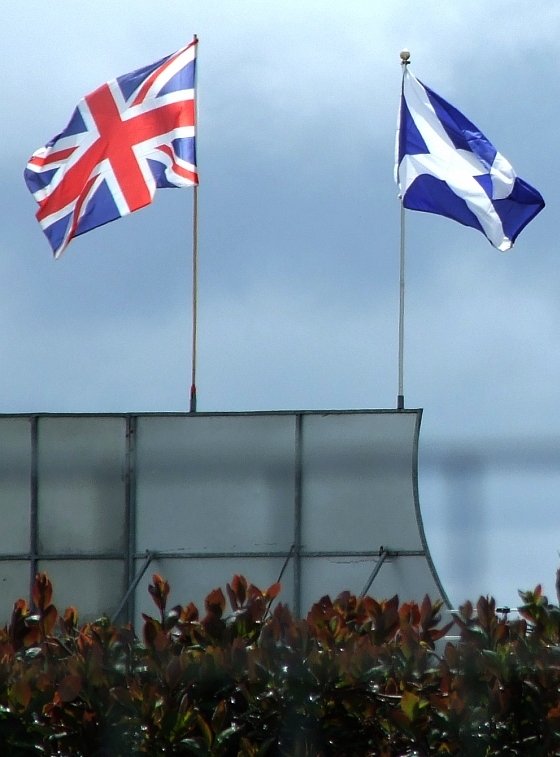 The Union Flag or Jack (left) incorporates the Cross of St. Andrew from the Scottish flag ( seen on the right). (Photo: Stuart Anthony; Creative Commons 2.0)

PALMER: Some of these national standards go back a thousand years - the cross of St George, a red cross on a white ground - dates back to the Christian crusades. Legend says the cross of St Andrew - a white diagonal cross on a blue ground, dates back to the 9th century victory of the King of the Picts, Angus McFergus, over the Saxon King Athelstan. Malcolm Farrow again.

FARROW: The point of this flag is that it is the combination of two kingdoms, the Kingdom of England under St George’s cross, and the kingdom of Scotland, under St Andrew’s cross, joined together.

PALMER: Well, the Flag Institute ran a poll, asking what should happen to the Union flag if Scotland votes for independence. Over half of the people who replied thought the flag should be redesigned. They even sent in ideas for how – but it’s not obvious who should make the decision. So I called up the House of Commons Committee on Flags and Heraldry. Its chairman is the Tory MP for Romford, Andrew Rosindell – but he says he’s not in charge. 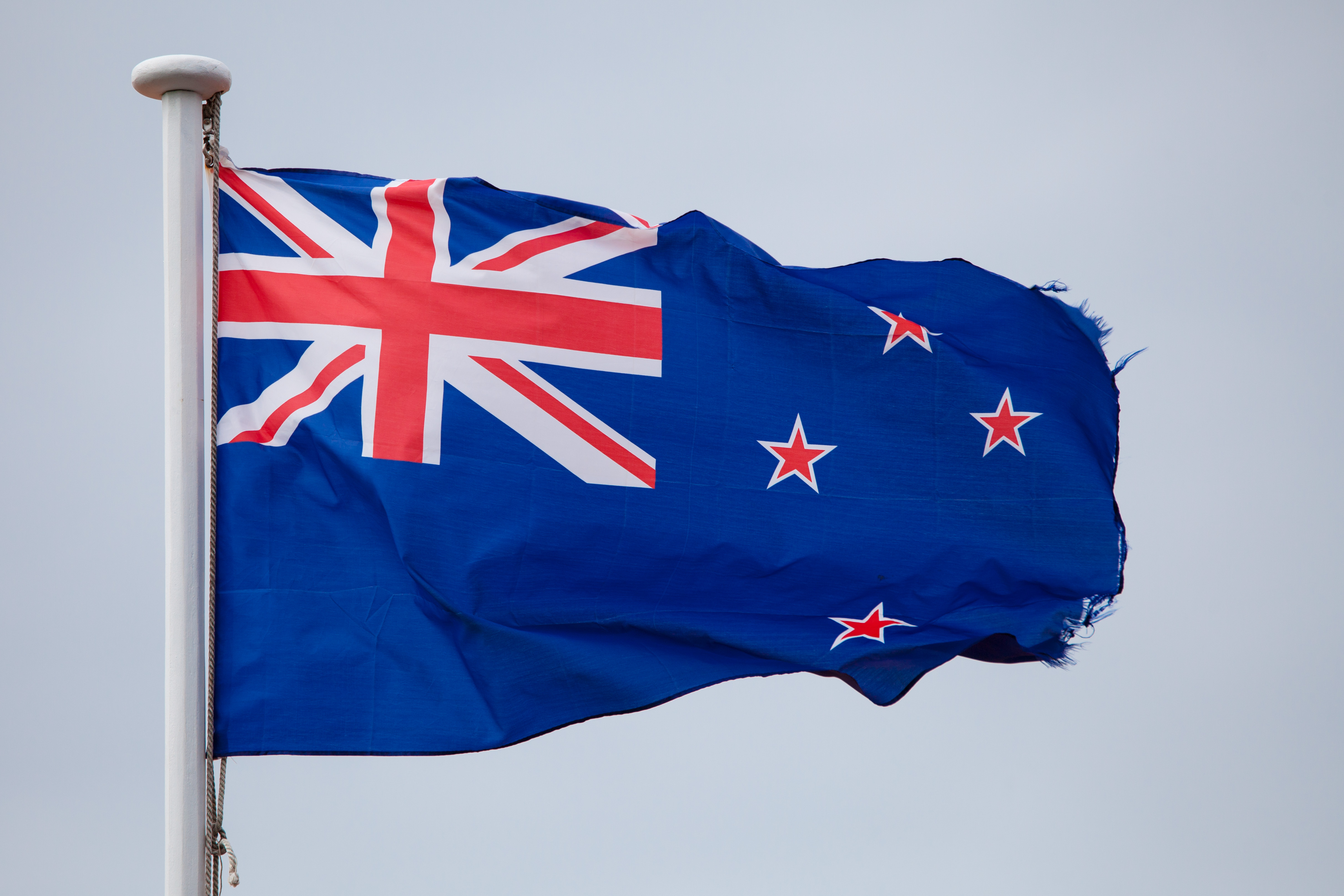 If the Union Jack were to change, that might present problems for all the other countries that have it in their flag, like New Zealand. (Photo: Nick Kean; Creative Commons 2.0)

ROSINDELL: Ultimately the person in charge of the flag of the United Kingdom and all national symbols is Her Majesty the Queen and she takes advice from the College of Arms, certainly on heraldic matters, but also on matters regarding the flag.

PALMER: Well, I wasn’t sure that the Queen would take my call – so I tried the College of Arms, founded in 1484. It’s the official UK authority on all things heraldic and designed the current Union flag. The answer was a very curt “no comment” -- they hung up! That response didn’t surprise Malcolm Farrow – for a simple reason. 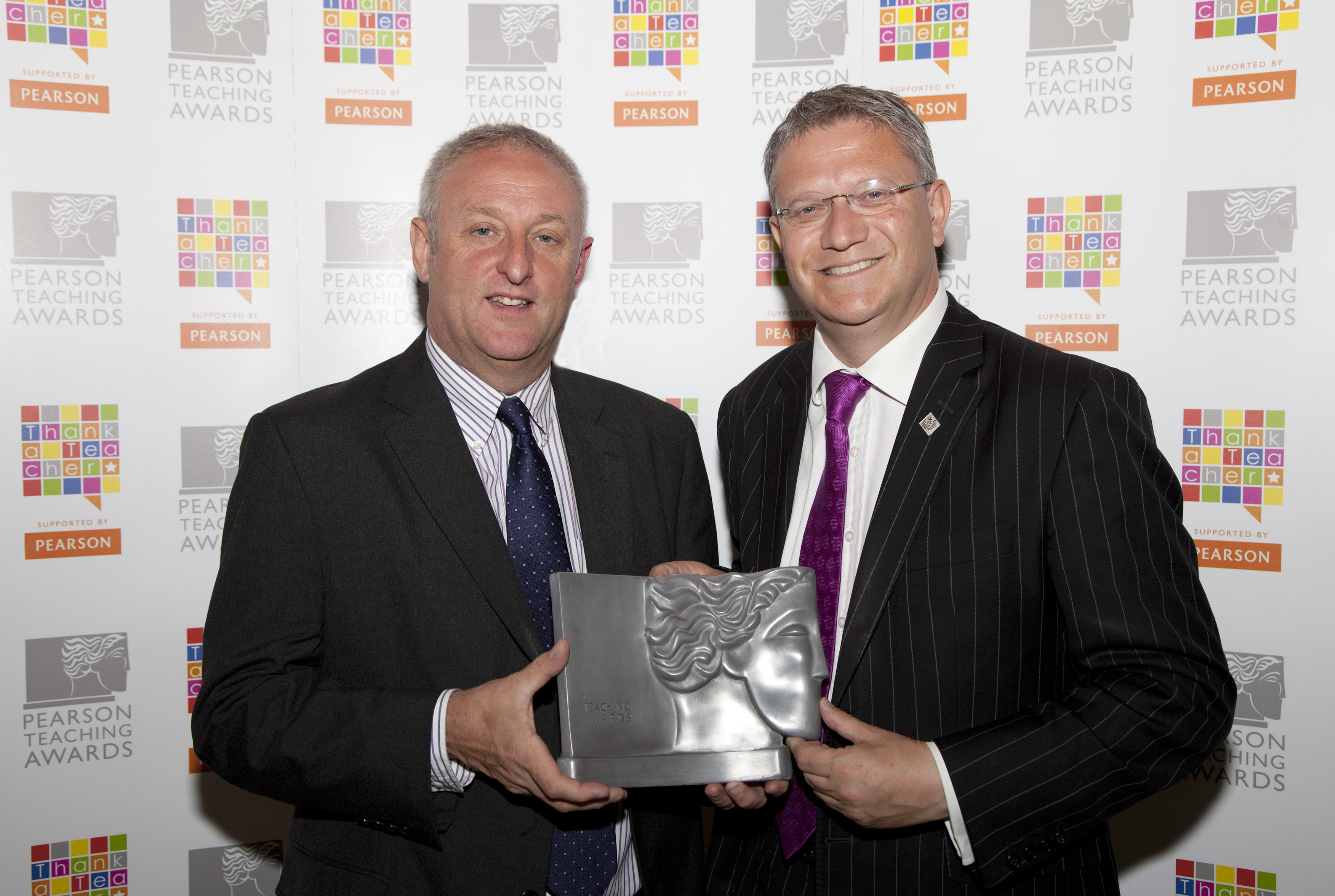 FARROW: There is nobody in charge of it. There is no Government official, no minister who has the national flag in his portfolio of responsibility for governance, nobody at all.

PALMER: Andrew Rosindell and his parliamentary committee are trying to change that, but he says there’s no reason for the flag to change.

ROSINDELL: It came into being because the monarchies of Scotland and of England became one, and there’s no suggestion that, even if Scotland becomes independent, that the Queen would no longer be the Queen of Scotland.

PALMER: Now some Scots may disagree – republican sentiment runs deep north of the border, but the Flag Institute’s Malcolm Farrow says redesigning the flag – whatever the Scots decide – would be crazy. He points out that we have been here before – after the Irish War of Independence that created the Irish Republic in 1922. 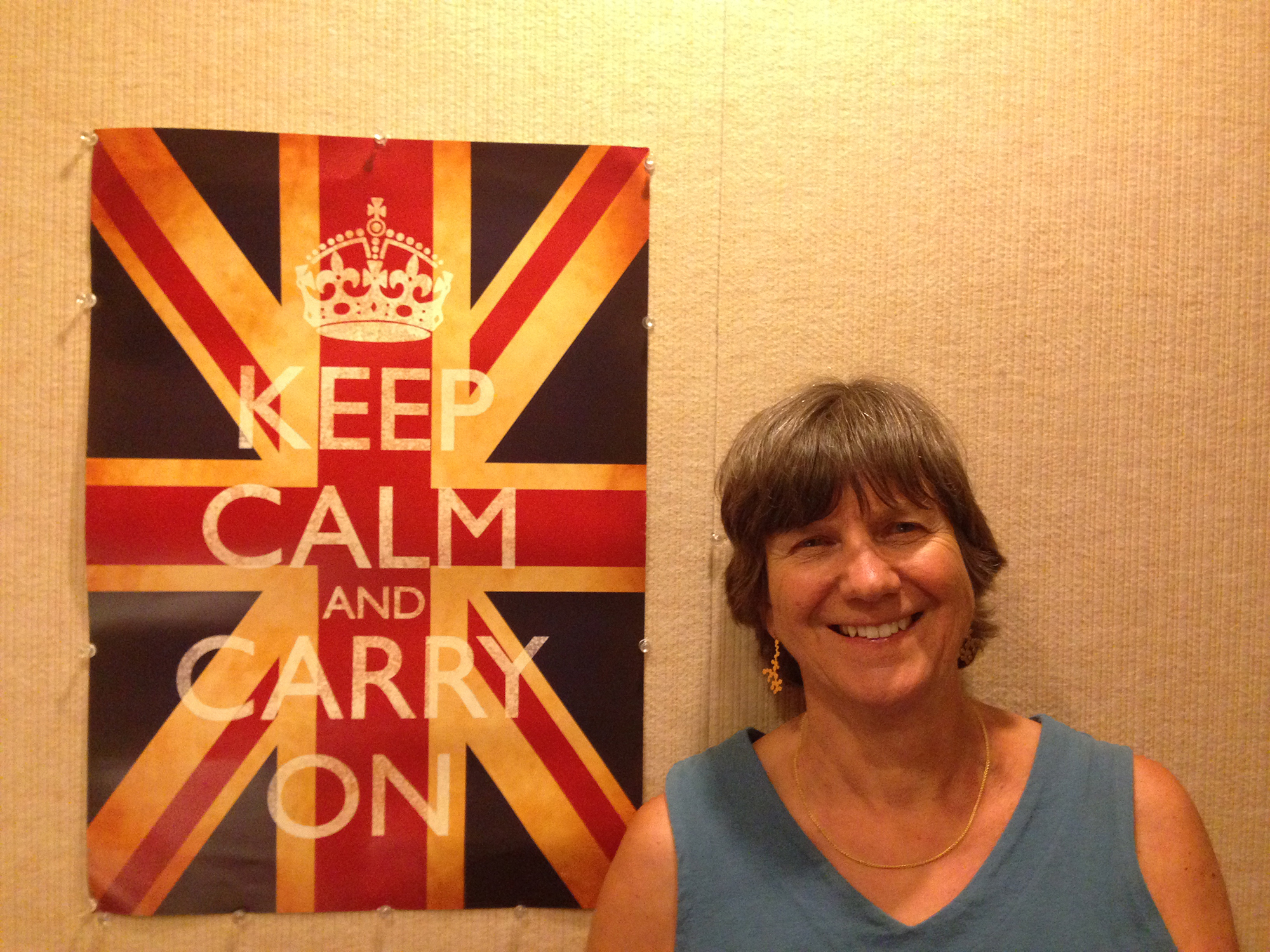 FARROW: St Patrick’s Cross was there to represent Ireland, the whole of Ireland, the Kingdom of Ireland and that was no more, and that was discussed at Cabinet level, and it was eventually decided, I think by Winston Churchill himself, who said it would be completely ridiculous, the Union Flag as we know it has been one of the best known flags in the world for hundreds of years and to redesign it now would be absurd. Leave it as it is.

PALMER: Also the Union jack appears on some 204 other flags – think Australia, New Zealand, Tuvalu, Fji, Bermuda – to say nothing of dozens of provinces, states, territories and yacht clubs, and they’re hardly likely to want to change them So in the end, there probably won’t be any union jacks send out for recycling – and anyway – who cares? I mean, whatever Scotland decides, as Vera Lynn put it...

PALMER: Well of course there’ll always be an England, but that kind of jingoism doesn’t play as well now as it did in the 1940s. And it would be a real shame to see the purveyors of whisky, salmon, Harris tweed and renewable energy walk away. But if they do – well, we’ll muddle through – just like we always do.