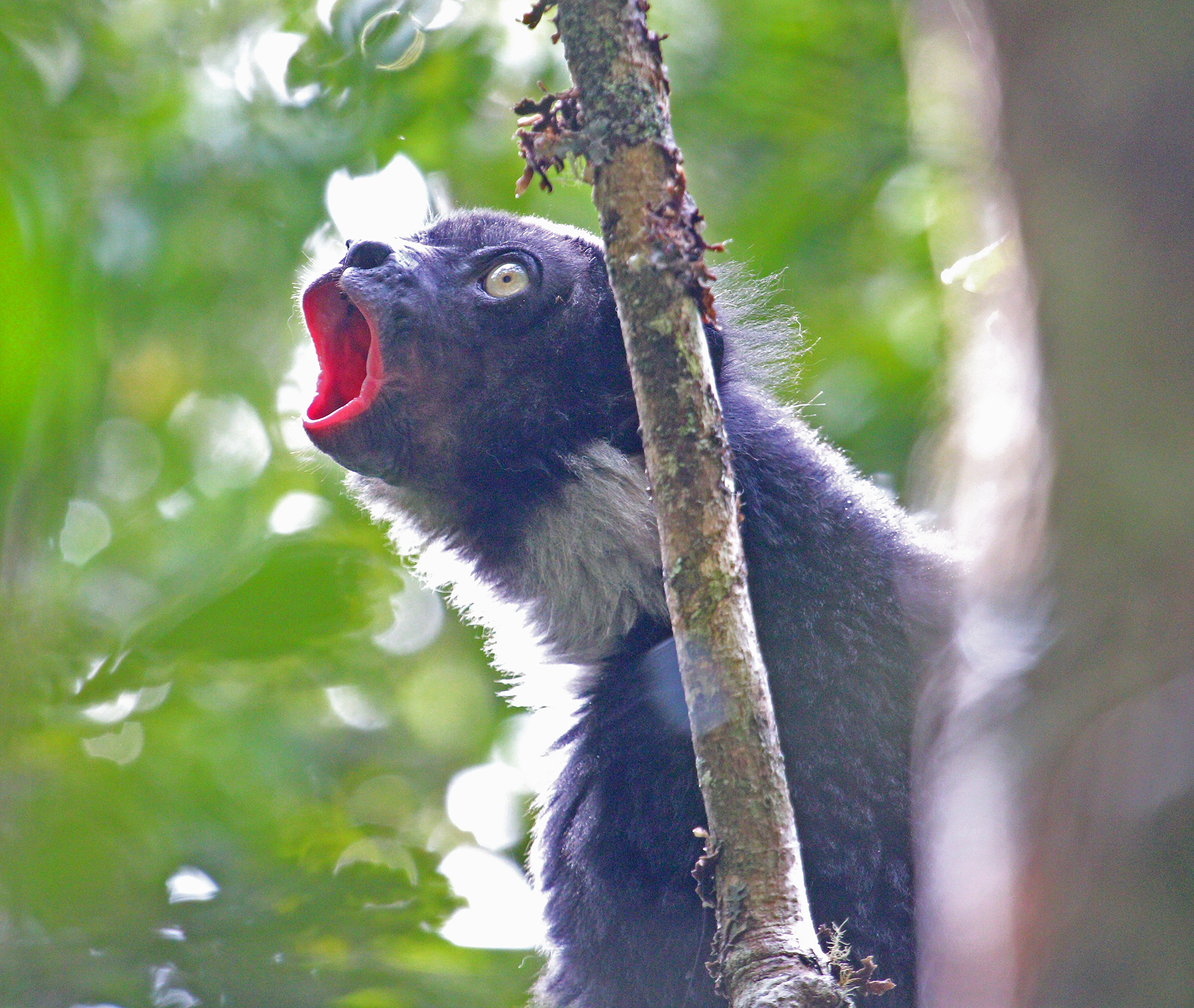 Maya Lin’s Sound Ring — a large, wooden sculpture installed at Cornell’s Lab of Ornithology — plays the sounds of species and habitats that are on their way to silence. Living on Earth's Emmett Fitzgerald talks to John Fitzpatrick, Director of the Lab, about the structure and the significance of these endangered soundscapes.

CURWOOD: Thirty or so years ago, ornithologists and bird lovers worried that habitat loss and human development might silence for ever the haunting call of the common loon in the Northern US. But scientists and citizens worked hard to help the bird recover, and though the loon population continues to decrease, it’s now thought to be less threatened. Still, some sounds of the natural world are at risk of disappearing forever, and that’s the focus of The Sound Ring, a new sculpture of wood and speakers created by Maya Lin. It’s installed at the visitor center of the Cornell Lab of Ornithology in Ithaca, New York, where John Fitzpatrick is Director of Cornell’s Lab of Ornithology. He spoke with Living on Earth’s Emmett Fitzgerald.

FITZGERALD: So, John, tell us a little bit about this project. Whose idea was it, and how did you all get started?

FITZPATRICK: The project was an inspiration of Maya Lin, and she had from the very beginning this wonderful idea of a nine-foot-high beautifully elegant walnut ring, it's actually eight speakers, and as you hear the world come to life from this, you're lost in the simplicity of what you're looking at and really what comes through are these sounds.

The Common Loon population is beginning to stabilize thanks to the help of citizens and scientists. (Photo: Eugene Beckes; Creative Commons BY-NC-SA Generic 2.0)

FITZGERALD: So, now you've chosen soundscapes from really all over the world. How did you make the decisions about which soundscapes to feature?

FITZPATRICK: Well, we chose sounds that have special meaning with respect to declining biodiversity. A lot of times people think that the endangered species story is a story about individual species, but really the species are indicative of a much broader issue in the environment.

FITZGERALD: Yeah - let's, let's listen to some of the soundscapes now, and as we play this tell us what we're hearing.

FITZPATRICK: Here we are on Round Island not far from the island of Mauritius in the Indian Ocean. These are flying all around us, these amazing Gadfly petrels, called the Herald Petrel or Trindade petrels. These are seabirds that breed on tiny little islands around the world. 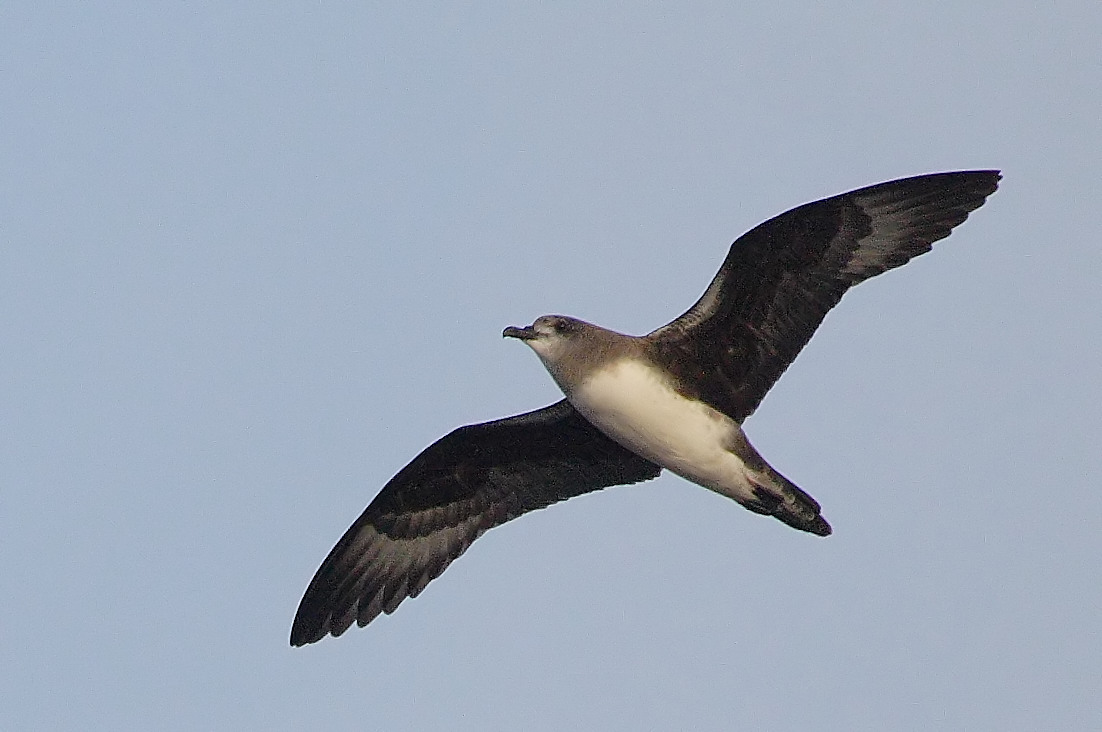 Many of those petrels are actually extinct already or on the verge. This particular one is a great mystery because it's actually several different kinds breeding on Round Island. Petrels are colonial breeders, and so they can actually nest in quite dense colonies, and they have burrows in the rocks. So as they're flying overhead, they're actually circling around and occasionally actually popping right inside, and then a few of them are actually calling from inside the burrow. Being on the ground in a very simple habitats, when rats or cats are introduced to those islands they go into the boroughs and eat the eggs, eat the chicks and even occasionally take the adults. So the populations of many of the world's petrels are endangered.

FITZGERALD: So that was an island habitat but there are dangers on large continents as well. Let's check out a forest. Can you walk us through this next soundscape? 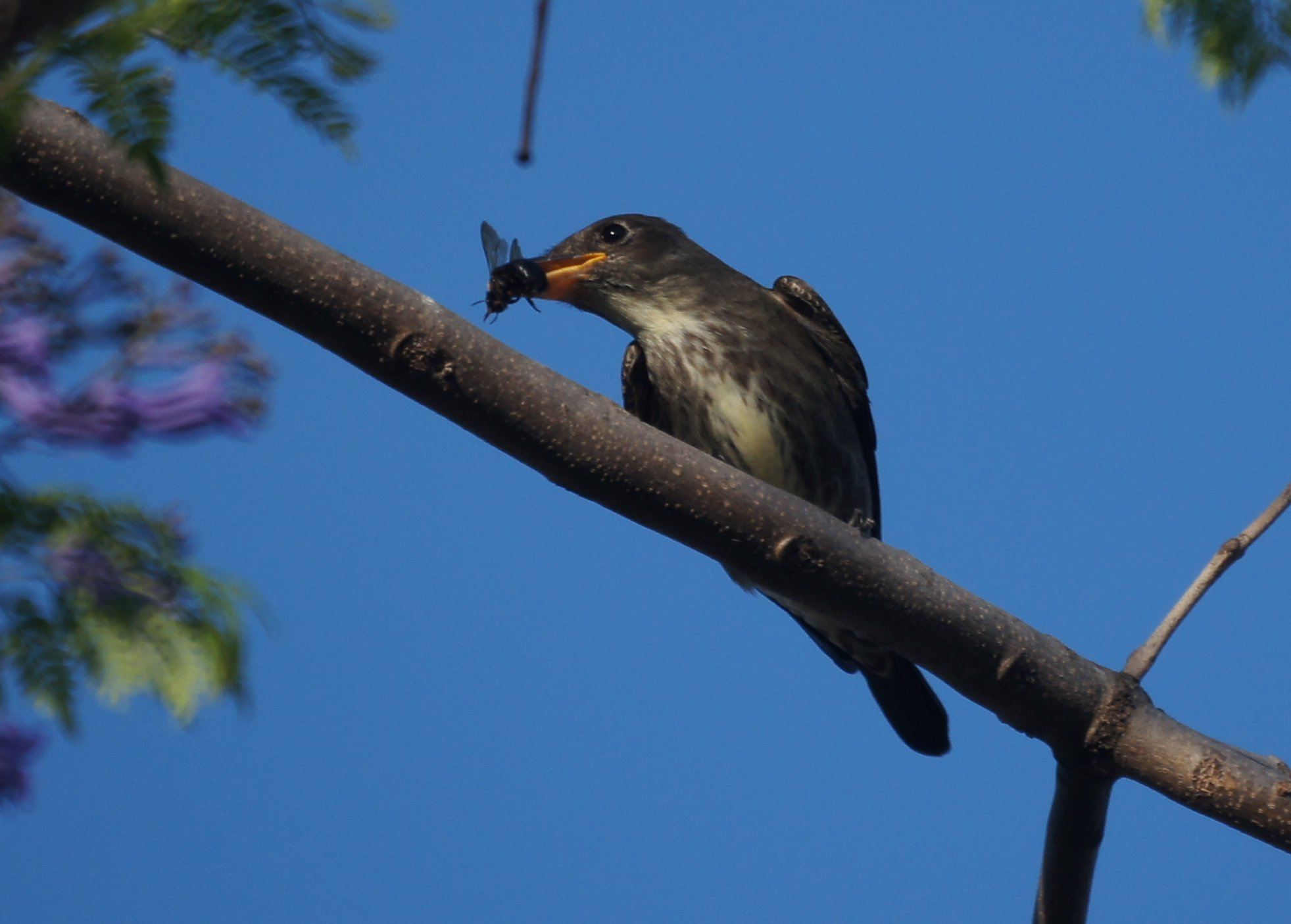 FITZPATRICK: We're in western North America here. We're in the foothills of the Eastern Sierras actually. Oh there's the "quick three beers" [song] of the Olive-sided flycatcher which is perched at the very top of the conifer trees.

[SOUND OF THE COMMON NIGHTHAWK] 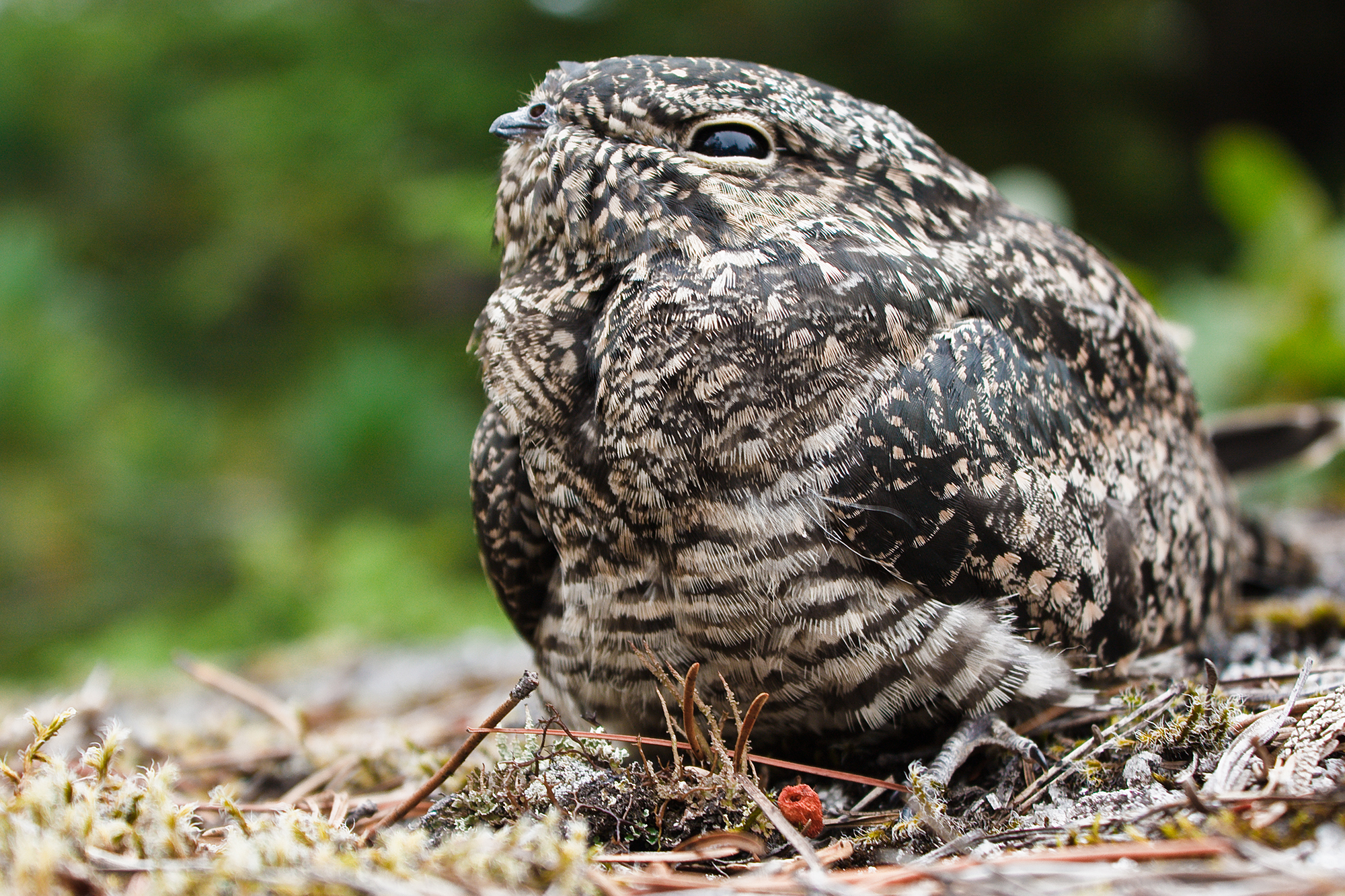 The Common Nighthawk makes noise with its wings as well as its voice. (Photo: Gavin Schaefer; Creative Commons Generic 2.0)

FITZPATRICK: There's the boom of the Common Nighthawk, that who-hoo. What they're doing is they fly up pretty high and then they take a nosedive straight down towards the Earth and then at the last minute they stick their wings out and then they whoosh back up using their wings and they're making the booming sound with the primary wing feathers. They're sort of announcing themselves and advertising for mates. 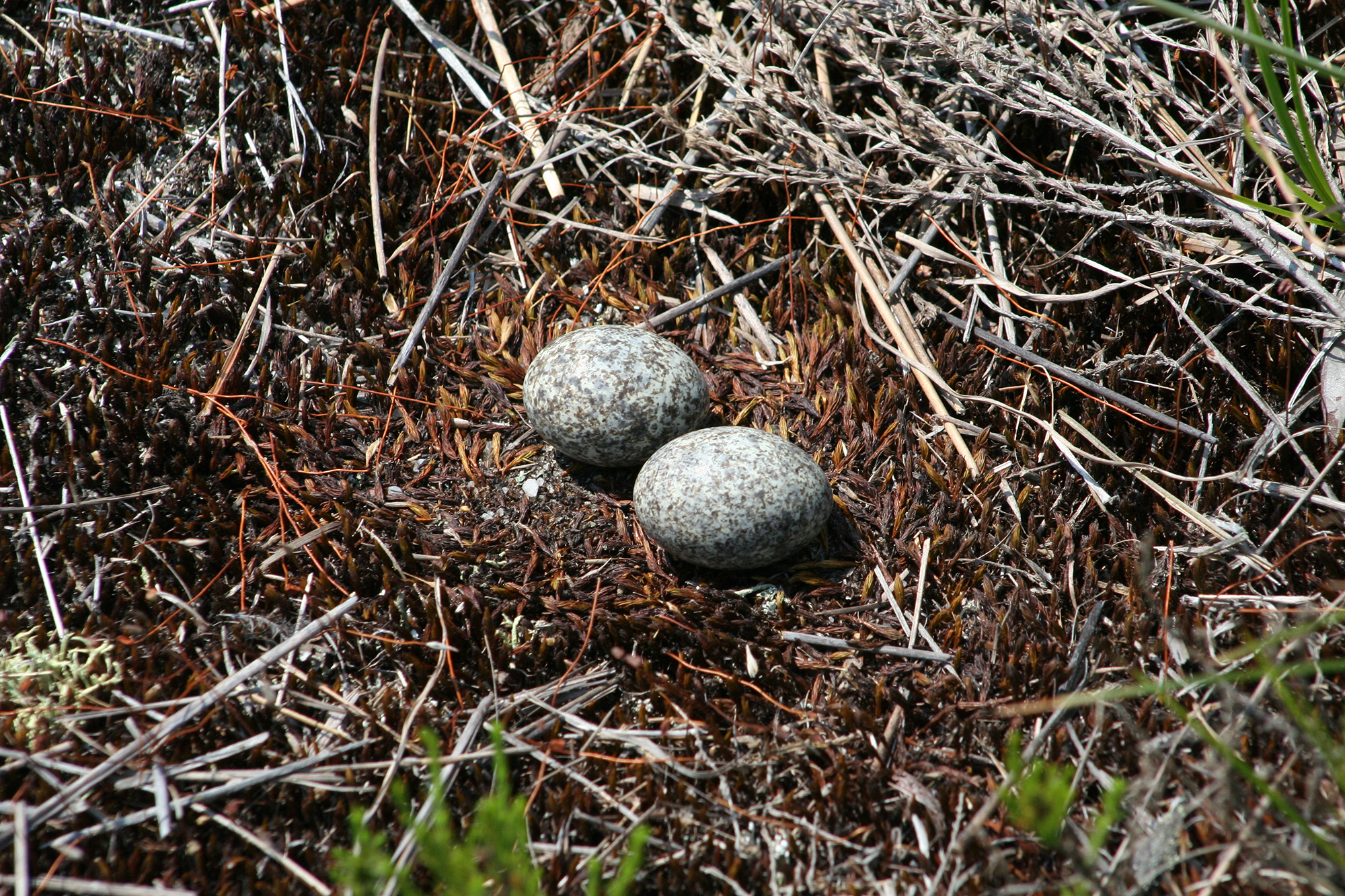 FITZPATRICK: In this habitat, as climate gets warmer, the whole zone moves up, and as they move up these foothills, they actually are going to disappear so besides being threatened by outright logging, there's now quite threatened in addition by climate change.

FITZGERALD: So in addition to soundscapes, you featured some specific species in this project as well. Let's listen to one. 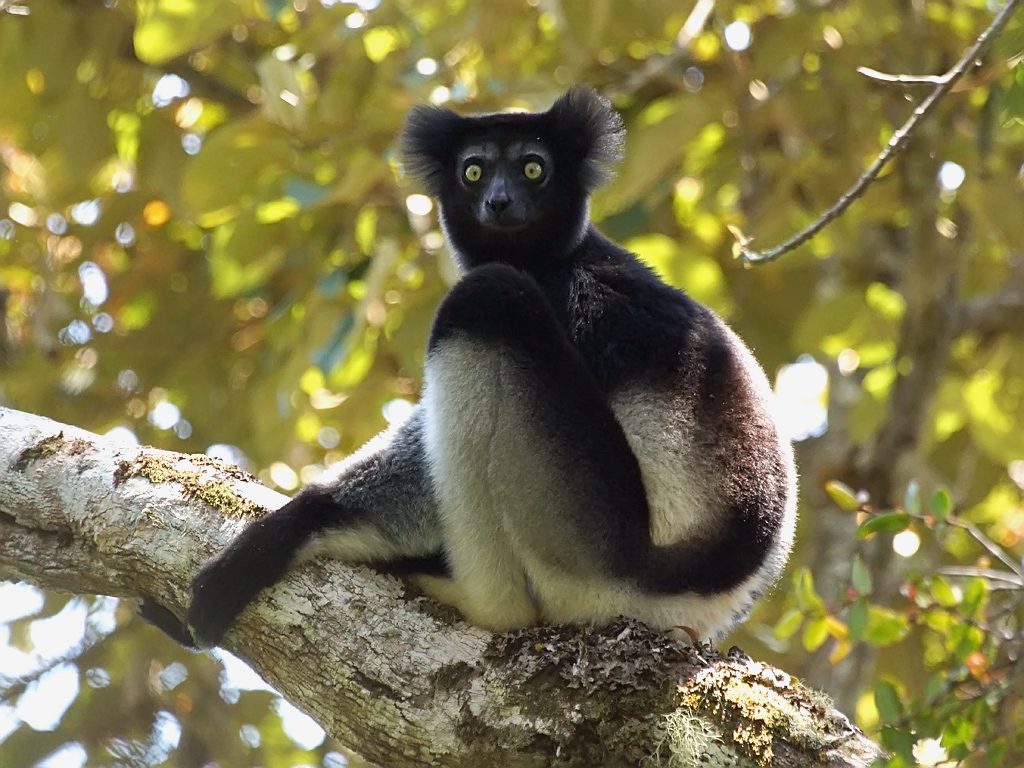 FITZPATRICK: These are the amazing sounds, clarinet-like toots of the Indri, the last of the great lemurs. This is a big treetop lemur with no tail. Lemurs, of course, are living in the forests of Madagascar, and limited to Madagascar. And these big black and white teddybear-like animals are living in a family group, and as the dawn breaks and the misty forest begins to lighten up, the groups talk to one another, announce each other’s presence tree to tree with these amazing choruses of toots and hoots. This is one of the rarest of all lemurs. It’s limited to just a few places in eastern Madagascar rainforests where they've have been protected and where the habitat itself is in reasonably good shape. The Madagascar forests are severely threatened by logging through the last 150 years. Illegal logging is really causing trouble even where the forest is being preserved.

FITZGERALD: Let's hear another one. This next soundscape comes from the Congo. 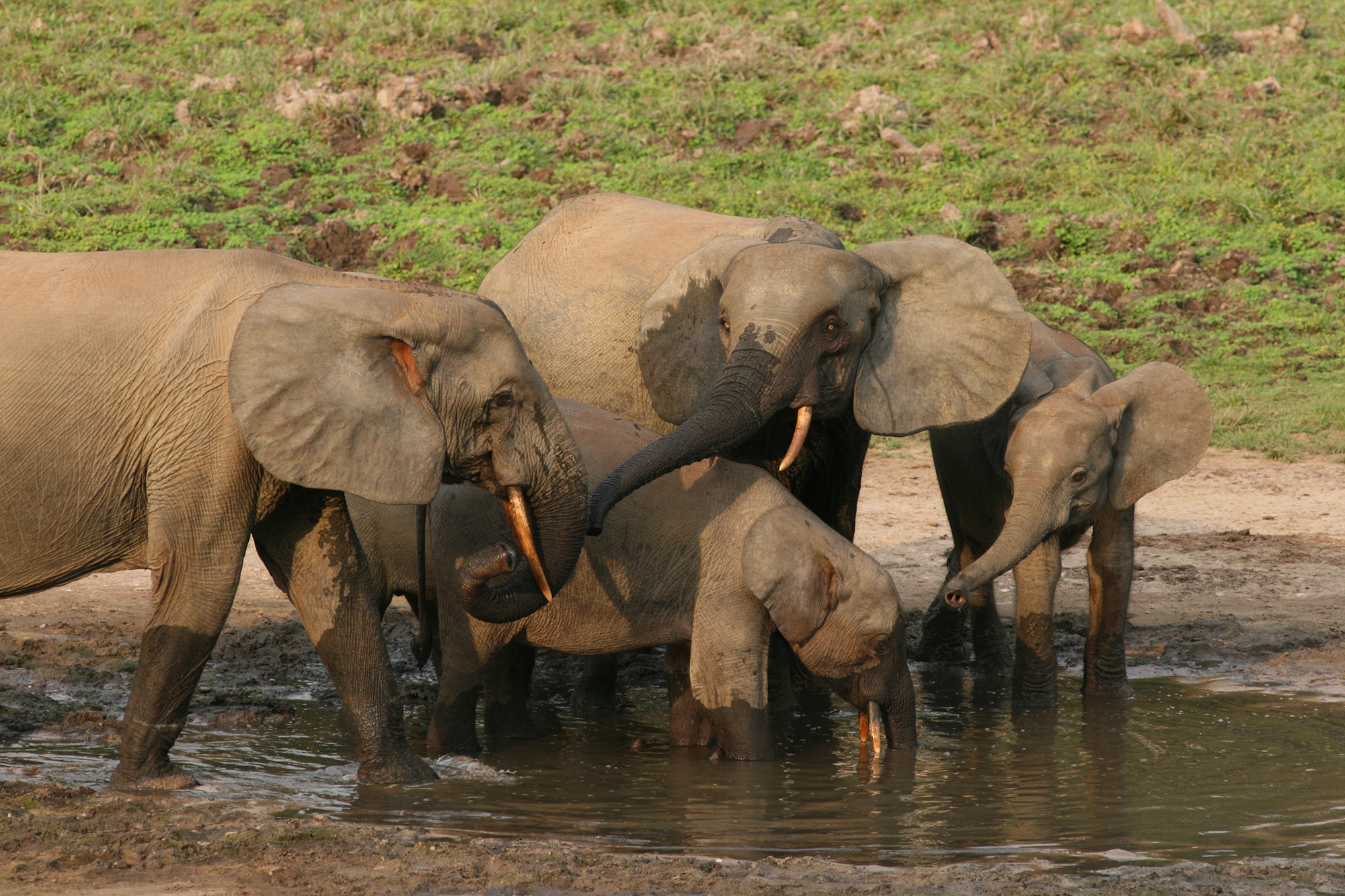 FITZPATRICK: These are African forest elephants and some of the sounds you can barely hear because their frequency is so low. They're literally at the bottom end of the human hearing range, and even below that. We have a little social behavior going on here among some forest elephants. In the background of course there are frogs and insects of the wet tropical forest night. The African elephant is in very serious trouble for poaching, for deforestation. The demand for ivory continues to escalate despite the worldwide bans on its trade.

[SOUND OF AFRICAN FOREST ELEPHANTS AND OTHER FOREST SOUNDS]

FITZGERALD: So, John, we talk a lot of endangered species on the show, but a lot of it is, we read papers and we read books. What do you think that sound and soundscapes can bring to the conservation conversation?

FITZPATRICK: Even as we live our daily lives, we populate the world with our own sounds. Those are actually beginning to drown out the sounds of nature. The systems that are endangered out there go well beyond the physical structures of those habitats and the physical beauties and behaviors of the animals. They all have acoustic habitat as well as physical habitat. 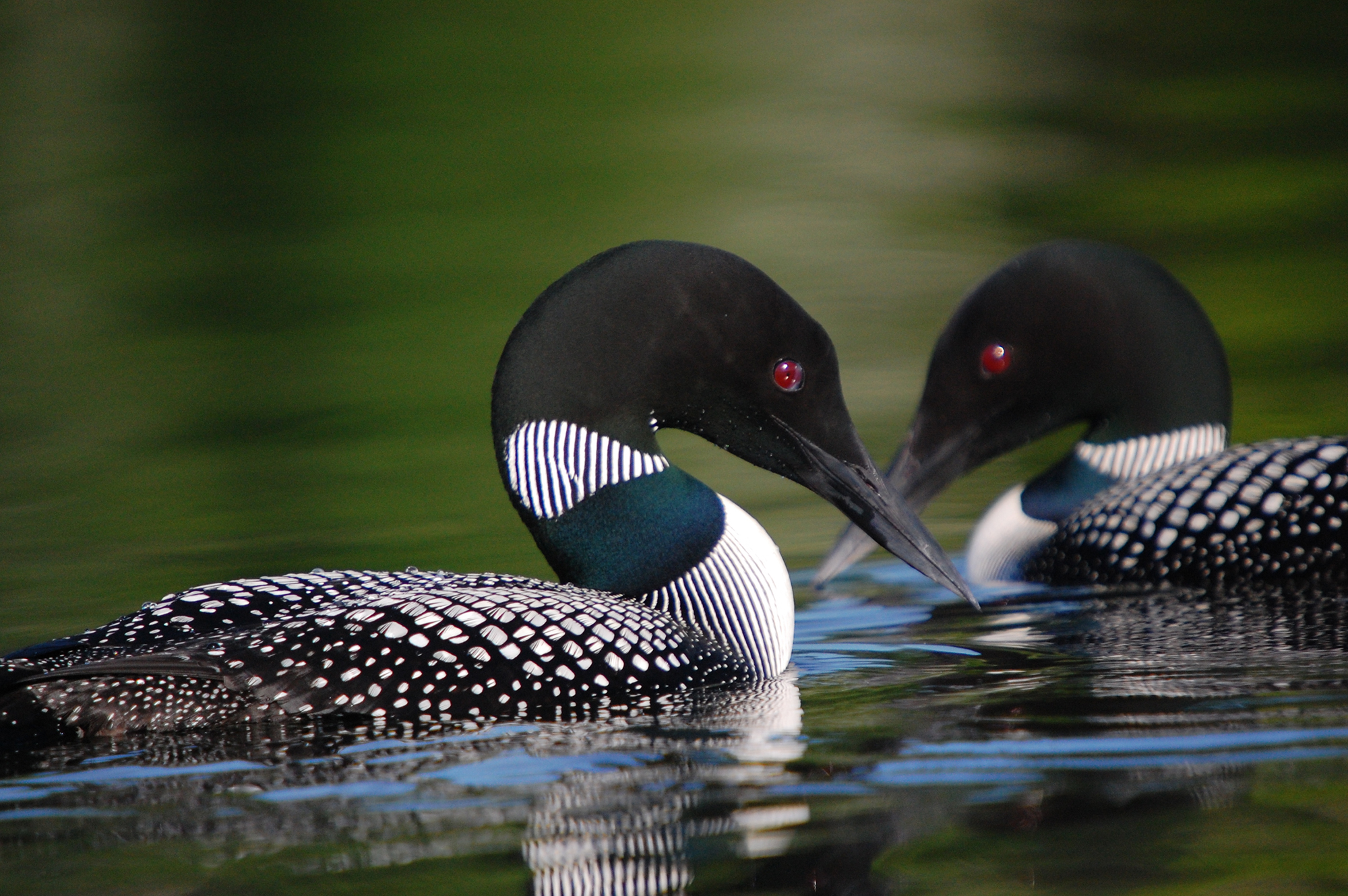 The loon’s call can be heard at dawn and dusk in the Northern U.S. (Photo: U.S. Fish and Wildlife Service, Creative Commons BY Generic 2.0)

FITZGERALD: What you hope that someone visiting the exhibit at Cornell takes away from the experience?

FITZPATRICK: Really what we love to do at the Cornell lab is encourage people to hear the sounds that are lost in the background and work with our daily lives and our individual behaviors to keep those sounds from disappearing.

See and hear more of Maya Lin’s “What is Missing” project.

Listen to what Purdue has been doing with soundscape ecology.

Scientists at University of Puerto Rico are using computers to sort through sounds.

Bernie Krause has collected endangered sounds and designed soundscapes for over forty years. Hear our story with him here.