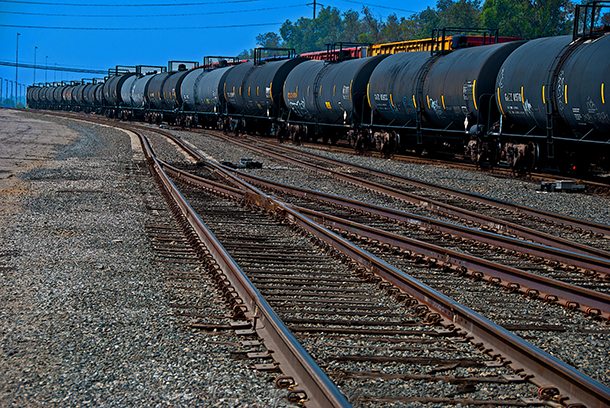 Until it makes some planned hires, California doesn’t have any state inspectors to monitor the safety of bridges that oil trains go over every day. (Photo: Russ Allison Loar; Flickr CC BY 2.0)

In this week’s trip beyond the headlines Peter Dykstra and Steve Curwood discuss the lack of railroad bridge inspection in California and question whether we’re prepared to deal with a possible tar sands oil spill in the Great Lakes.

CURWOOD: It's Living on Earth. I'm Steve Curwood. Time now to head beyond the headlines with the man who’s always searching out unusual and often ignored stories, that’s Peter Dykstra. He’s publisher of Environmental Health News, that’s EHN.org, and the DailyClimate.org. He joins us from Conyers, Georgia. Hey, Peter, what’s up today?

DYKSTRA: Well, hi, Steve. Let’s start off with something you’ve covered before: the shipping oil and coal by railroad.

CURWOOD: And the dangers there, I mean, there are a lot of problems.

DYKSTRA: Yeah, the coal industry’s domestic business is declining, so they’re increasingly looking to ship coal to seaports for export around the world. And the domestic oil boom has put huge demand on rail lines for shipping to oil refineries. All this got a reporter named Matthias Gafni to thinking. He writes for the Contra Costa Times in California, where they have seaports and export terminals and a whole lot of railroads. But the state of California has an aging railroad infrastructure and absolutely no staff or no program to inspect all those railroad bridges.

CURWOOD: Wait, so there’s nobody checking out railroad bridges in the most heavily populated state in the country?

DYKSTRA: Well, not exactly. The rail lines are responsible for their own inspections, and there’s one Federal inspector who works California.

CURWOOD: Oh, so, an honor system, plus one inspector?

DYKSTRA: Well, still not exactly, the one federal inspector also works ten other states, and bear in mind that California is earthquake central. The 6.0 quake in the Napa Valley back in August was a little bit of a wake-up call, and now California is looking to hire its first-ever two railroad bridge inspectors and make its first-ever list of rail bridges that need inspecting. I will say this, at least we’re not reading about the inspection problem after a bridge collapse.

CURWOOD: Well, that’s a good point and let’s hope we won’t. What do you have for us next?

DYKSTRA: Well, it’s potential accidents waiting to happen, part two: the U.S. Coast Guard said this past week that if there’s a major oil spill in the Great Lakes, they and other agencies are unprepared to respond to it.

CURWOOD: So in this case, it’s not a reporter waving the red flag, but the government itself, huh? 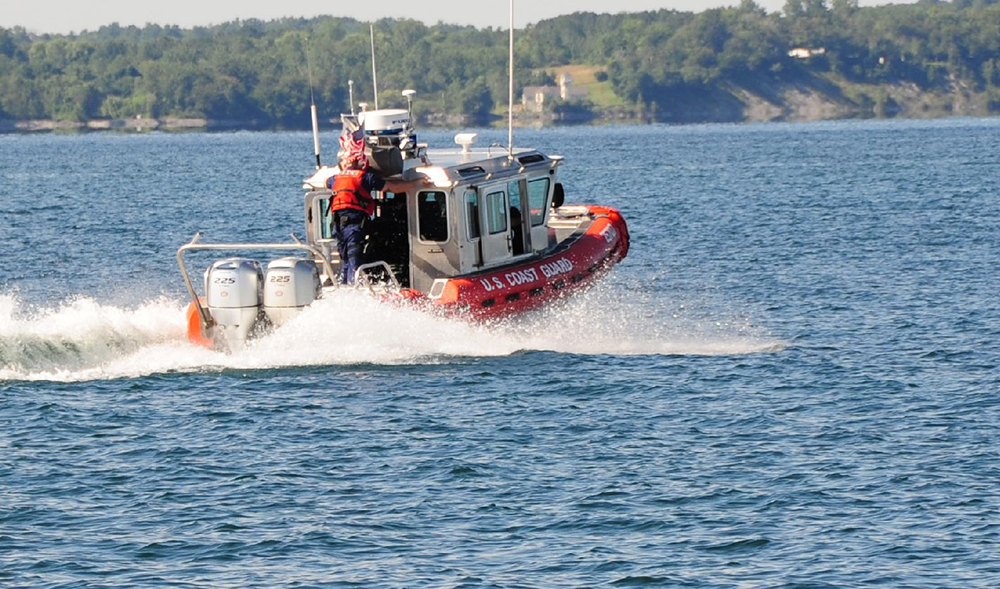 A U.S. Coast Guard Admiral says we would be unable to deal with the cleanup if a 60-year-old pipeline that's carrying tar sands oil were to spill into the Great Lakes. (Photo: Coast Guard News; Flickr CC BY 2.0)

DYKSTRA: Right. The Admiral in charge of the Coast Guard’s Great Lakes District said that oil pipelines running under the Lakes near Detroit, near Buffalo, under the Straits of Mackinac, some of these pipelines are over 60 years old. And of course there’s oil barges running on the Lakes. They could spill “heavy oil” and overwhelm the ability to respond and contain a spill.

CURWOOD: And of course they’re still dealing with the tar sands oil spill from a pipeline break in the Kalamazoo River four years ago. So, what’s the solution here?

DYKSTRA: Well, the bottom line is they don’t have a solution, but for now, the conversation between the oil companies, environmentalists, government folks and other stakeholders has started. And just like with the railroad bridges, at least we’re talking about the potential disaster before it happens.

CURWOOD: Well, let’s turn now to history. What do you have for us from the history vault for us this week?

DYKSTRA: Well, it’s hard to believe that it’s been 35 years since one of the biggest, star-studded, celebrity-soaked environmental events in history: the “No Nukes” concerts in New York City. There were some of the biggest rock and roll names of the era: Crosby Stills & Nash, Jackson Browne, Bonnie Raitt, and the Boss, Bruce Springsteen. The Three Mile Island near-meltdown had just happened in Pennsylvania, and a group called MUSE – Musicians United for Safe Energy – staged a series of shows in Madison Square Garden and an outdoor rally that drew almost 200,000 people.

CURWOOD: Yeah, and you have to wonder what all those rock stars think of what’s happened in the 35 years since.

DYKSTRA: Yeah, or what’s not happened. For starters, almost all of the headliners from the show are still active in both music and politics, and one of the organizers, John Hall – he was the front man for the band Orleans – ended up serving two terms in Congress starting in 2006. He represented, appropriately enough, the New York state district that includes the site of the Woodstock concert.

CURWOOD: So, that’s the story of the performers, but what about the energy picture?

DYKSTRA: Well, all that “Safe Energy” the musicians united for has grown lately, but I don’t think anyone on that stage 35 years ago would be pleased with the rate of progress for solar and wind. Nuclear power went into a deep slump; there have been no new U.S. plants completed for decades. There have been no huge domestic nuclear power accidents. And now there are some new plants under construction here in the Southeast, but we still haven’t figured out how to store nuclear waste safely.

CURWOOD: And, of course, we’ve seen disasters at Chernobyl and Fukushima.

DYKSTRA: Right, and in fact, many of these same performers reunited a few years ago to raise money for Fukushima victims.

DYKSTRA: All right, Steve, thanks. We’ll talk to you soon.