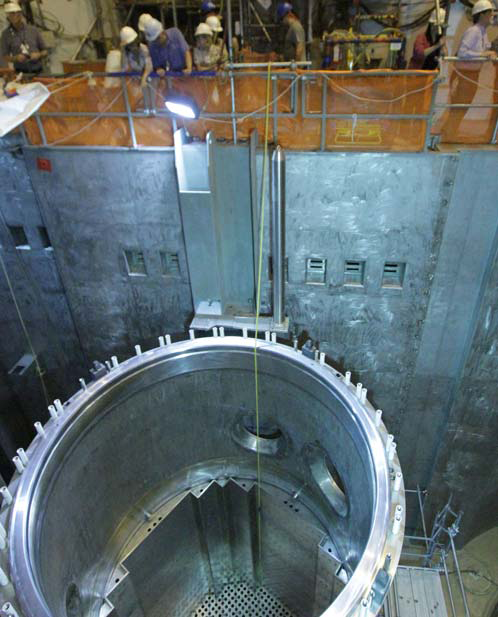 The core barrel of the Watts Bar Nuclear Plant Unit 2 in Spring City, Tennessee now under construction. Completion is slated for December 2015 and will generate 1,150 megawatts of electricity, enough to power 650,000 homes. (Photo: Tennessee Valley Authority)

CURWOOD: It's Living on Earth. I'm Steve Curwood. Climate change has become such a grave and existential threat that both scientists and concerned citizens say carbon emission reduction must be steep and immediate. This has led many people to call for more nuclear power as part of the solution. Four new nuclear power reactors are already under construction in the US, as well as at least 60 more around the world.

The deadly radiation that accidents can release makes atomic power controversial - think Chernobyl, Fukushima and Three-Mile Island. But energy from the controlled fission of uranium doesn’t produce the global warming emissions that fossil fuels do. One of the most visible advocates for nuclear power is Christine Todd Whitman, former Republican Governor of New Jersey, and Administrator of the EPA for the George W Bush Administration. Governor Whitman is now a member of CASE, the Clean And Safe Energy Coalition, and she joined us to discuss the safety and deployment of nuclear power in the US. I asked Governor Whitman why now should we be looking to deploy nuclear power and what is the mission of her organization, CASE. 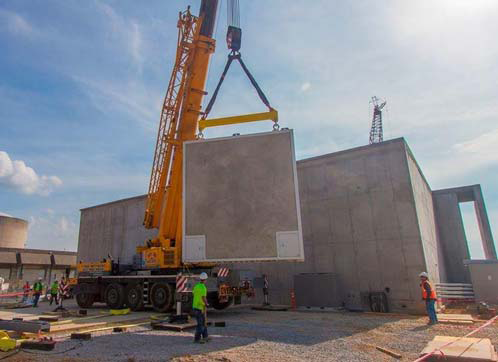 WHITMAN: The point is to answer people's questions about nuclear. It's about 19 percent of the overall energy mix today, but better than about 60 percent of the clean energy in this country, and so we feel that this is something which people should be aware. They don't really know about it. They have a lot of questions, and what we're about is answering those questions, so they can make an informed decision.

CURWOOD: So if you look at nuclear power, we haven't built a new reactor - or finished one - since more than 30 years ago. All the waste from nuclear power could fit in a city block. And, of course, there's not gobs of carbon that come off from it, but the concern is that if we're looking for clean energy, there are a lot cheaper ways to do this. Why not take the capital that would go to nuclear and deploy it - wind, solar, tidal - which would be quicker and cheaper?

WHITMAN: We need an all-of-the-above. We need those sources. We shouldn't in any way think that because we have nuclear that we don't need to continue to invest in the renewables, as it were, for clean energy. But you’ve got to remember that right now, we do not have a way to store that energy, so the wind and the solar only work when the sun is shining and the wind is blowing, and they require, all of them require, back-up power. We want power 24 hours of the day, seven days a week reliably. 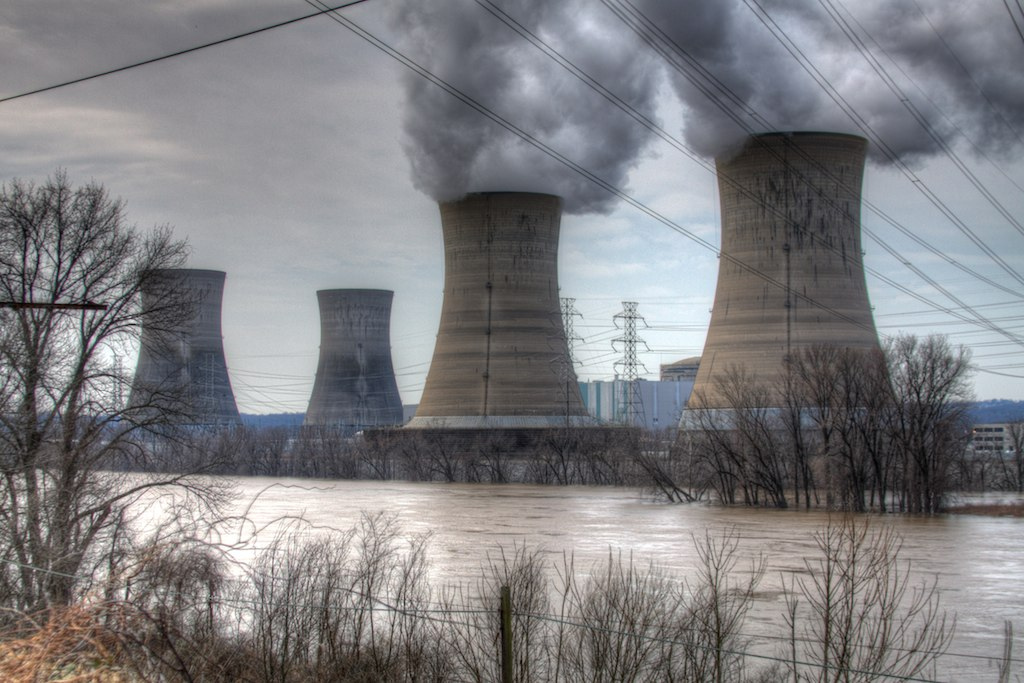 WHITMAN: Once up and running on a per kilowatt basis, nuclear actually is one of the least expensive, very competitive with the wind and the solar, a little less at this point in time because they haven't scaled up yet. But we'll get there and we ought to be looking at the full panoply, but as we look at the base power to back up what we do with the renewables, we're back to fossil fuels. So your choices there are coal, which is not the cleanest form of energy to say the least, natural gas which is good and plentiful at the moment, but is also a pollutant. It's polluting when you're extracting and also when you're producing the power from it, whereas nuclear is the only form of that base power that releases no greenhouse gases or other regulated pollutants while it's producing power. So from that clean energy perspective, it's one of the most attractive sources, and the other thing is, it takes a very small amount of uranium to make a lot of power. You can enter in, therefore you can enter into long-term contracts for uranium and lock in your costs, which is something you can't do with natural gas. 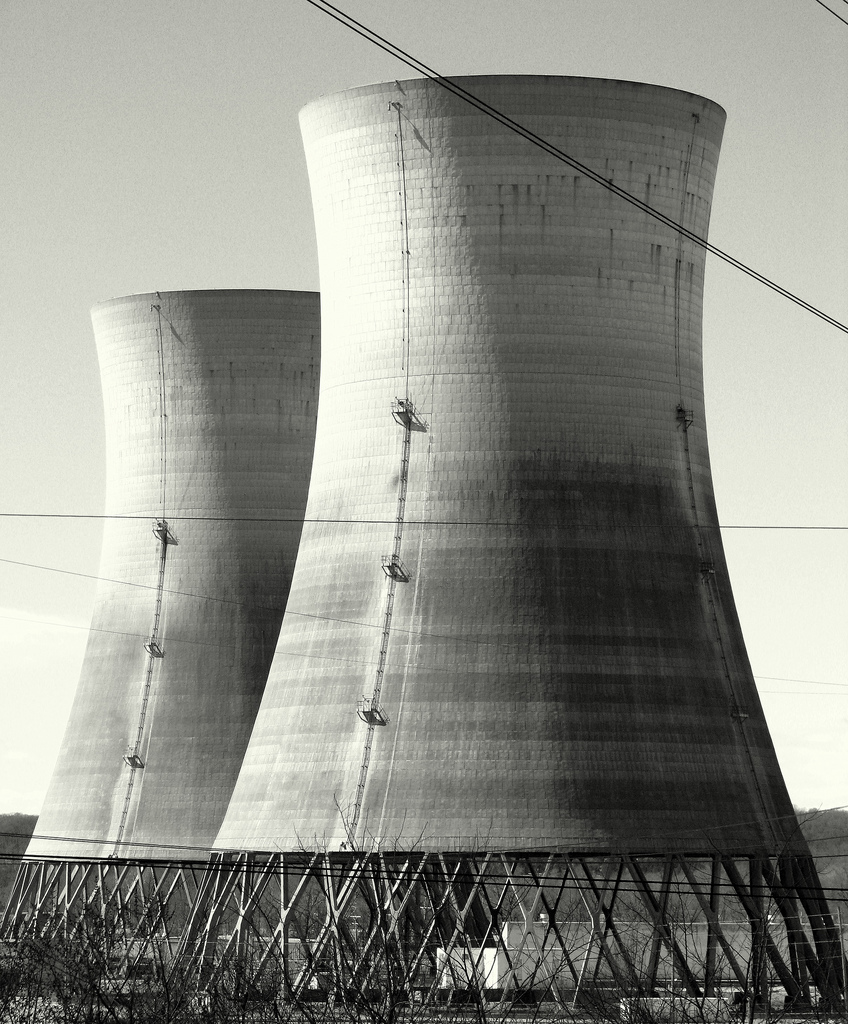 CURWOOD: Let's talk about government's role in nuclear power. Right now we seem to be completely constipated about what to do with waste, which creates huge security problems. Nuclear power plants around the country are storing this stuff on site. It's vulnerable to terrorists. What makes you think that the government could get organized to redeploy nuclear in a safe and effective way?

WHITMAN: Well, a couple things there. First of all, getting government to do anything these days is a challenge. But to your other point, actually, the waste is safely stored on sites now. They're either in above-ground holding ponds or heavily reinforced concrete bunkers, and for every 10 tons of nuclear waste you have 100 tons of concrete and steel around them. And what's in those rods is not a vapor; it's not a gas. They're pellets. Were there to be a breach of any of the rods, you still wouldn't get a mushroom cloud in the air or an immediate release into the water. So they're not terrorist targets, plus the fact that you have to understand that we have the most highly regulated nuclear industry in the world. The Nuclear Regulatory Commission is really the gold standard worldwide for safety and it's always looking at it, always trying to raise the bar. 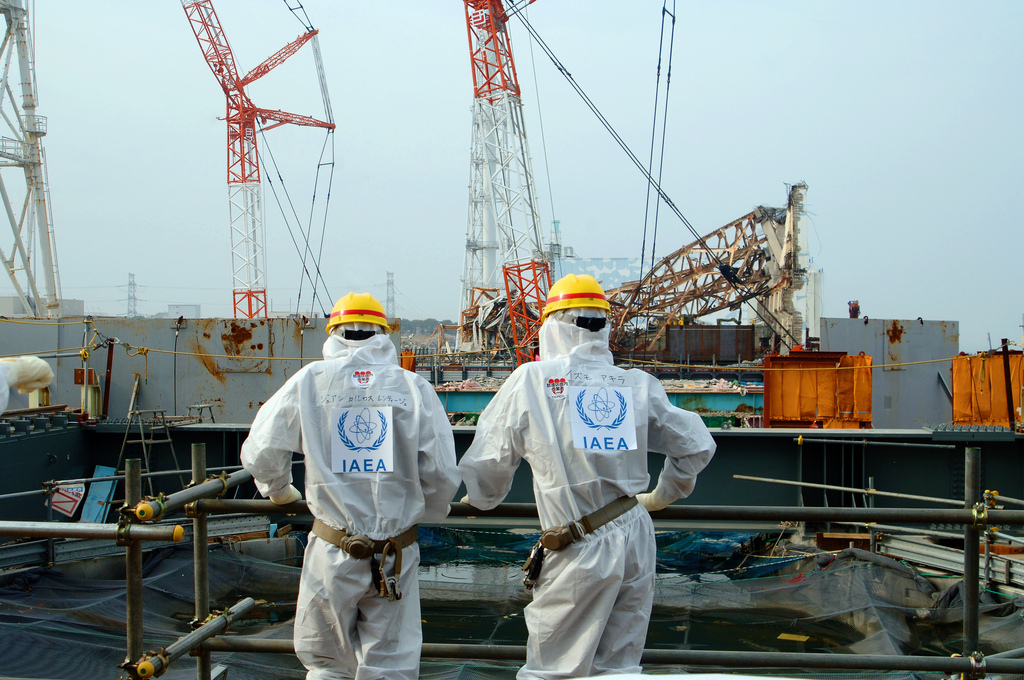 CURWOOD: What about design? The United States has not moved ahead with nuclear power design. The Germans? Yes. The Chinese and even South Africa, but the current technology, even the new stuff that's being built by Westinghouse, is vulnerable to meltdown. The odds of that are very low, but should that happen, the consequences are huge. Why would it make sense to go ahead with a fairly substantial nuclear power program if we don't use the best and safest technology?

WHITMAN: Well, I think Westinghouse would argue that they are using the best and safest technologies, and one of the real advancements is in an automatic shutdown process. If anything goes wrong in the reactor, it can shut down before you get to that issue of a meltdown. The nice thing about the way reactors, even the big ones that are being built, when they are more modular, it means you have much better control over that process. And then you move the parts together to put in place, and it allows them to make changes as they find better technology and better chemicals to use, better steel to use, better component parts. And after 9/11, the Nuclear Regulatory Commission looked at hardening, what we need to do to make sure our reactors were safer, and at that time they said that all the operators should remove the generators from co-location with the nuclear reactor. That's what happened in Fukushima. 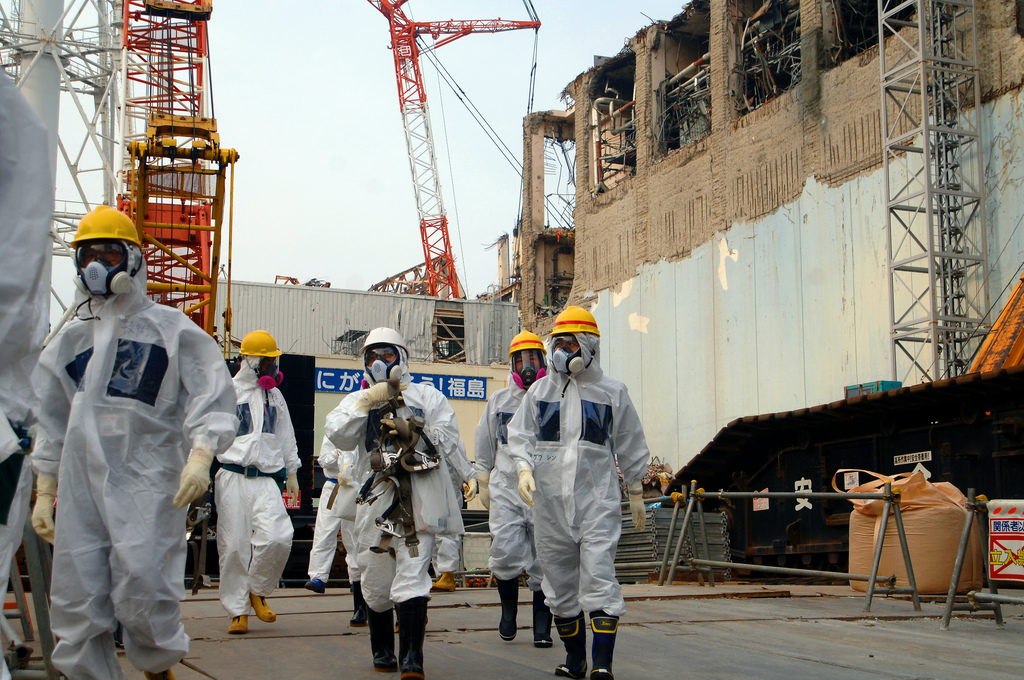 CURWOOD: And that's what happened at Three Mile Island. The power to keep the cooling system going was cut off.

WHITMAN: Well, yes, and interestingly enough, if the operators there had left the reactor alone it would've done the right thing. They weren't trained enough, and they overrode it and caused the problem. And again, we try to anticipate everything that you possibly can. Can you say you're a thousand percent safe forever? No, you can't say that about anything.

CURWOOD: In your view, how dire is the climate emergency and therefore how urgent is it to deploy something like nuclear, which is not cheap and has its risks? 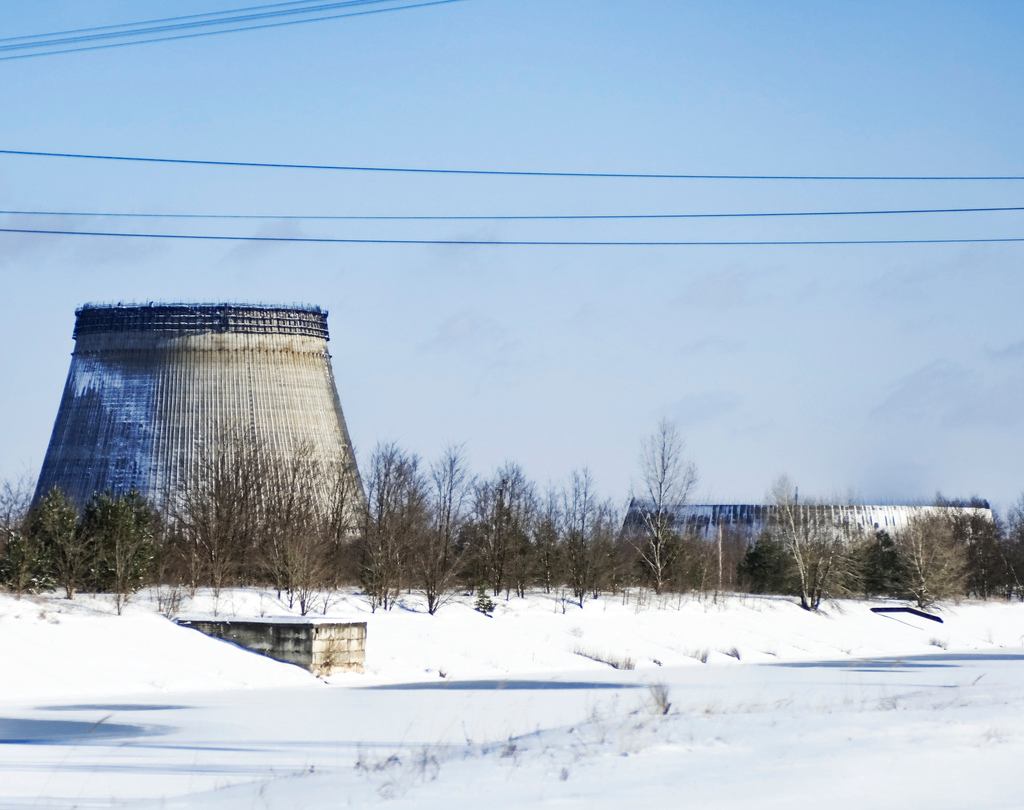 WHITMAN: I think it's extremely important. I believe absolutely that the climate is changing. I know that the Earth's climate has been changing since it was formed, but on the other hand I think it's naïve to assume that our human activity is so exacerbating a natural phenomena that nature can no longer process it in the same way. And we need the time to try to figure out how do we deal with it. The United States spent $100 billion dollars last year in response to and recovery from natural disasters. That's $300 dollars for every man and woman in this country. That's real money, and we’re starting to see more and more of that. And then of course, you have the dislocation of peoples around the world because of things like droughts and floods and we respond to those. So energy is a major issue both in this country and around the world, and I think we need to take a very hard look at it, and climate change is a big part of that as well.

A panorama of central Pripyat, which is part of the exclusion zone from the Chernobyl meltdown. (Photo: Pedro Moura Pin-heiro; Flickr CC BY-NC-SA 2.0)

CURWOOD: Even if you convince people that nuclear is safe, the economics of it still don't really work today. The market is unwilling to fund it, and it requires huge subsidies or loan guarantees from the government. So how can it move forward in a broad and effective way to meet the challenge of climate change and national security? 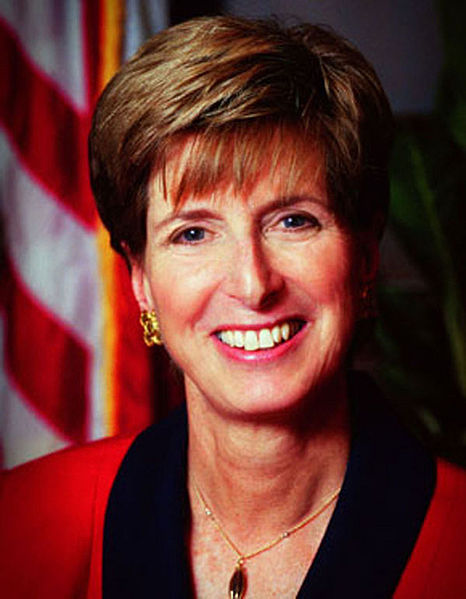 Christine Todd Whitman was the Republican Governor of New Jersey and EPA Administrator. She is also the Co-Chair of the Clean And Safe Energy Coalition (CASE). (Photo: Wikimedia Commons)

WHITMAN: Well, first of all, the four reactors that are currently being built, the operators for each of those in South Carolina and Georgia both indicated that they would've gone ahead, and were going ahead, even without the loan guarantees. Loan guarantees mean it's less expensive to get the kinds of loans that they need because these are big-ticket items. They're $4 to $6 billion dollars a reactor, but the nice thing about nuclear is that it, once up and running, is such a stable source. But really I think what you’re going to see is, once these four get up, if they continue to move forward—they’re within budget and within the parameters of the time schedule—then I think people are going to say, "OK. We can do these things."

WHITMAN: And then the market’s going to open up. Without a signal from the government that what we want, and I would hope this is all they do is say, "We want clean, green, affordable, reliable energy.” Period. The end. Then we would see, I think, a real move forward on nuclear because it makes so much sense.

CURWOOD: Christine Todd Whitman. Governor Whitman, thank you so much for taking the time with us today.

WHITMAN: My pleasure. Thank you very much.


Our piece on the safety and construction of the Westinghouse AP1000, a modular nuclear reactor

The Clean And Safe Energy Coalition

Listen to our story on the nuclear meltdown at Fukushima