BirdNote: Solving the Mystery of the Herring Gull’s Red Spot 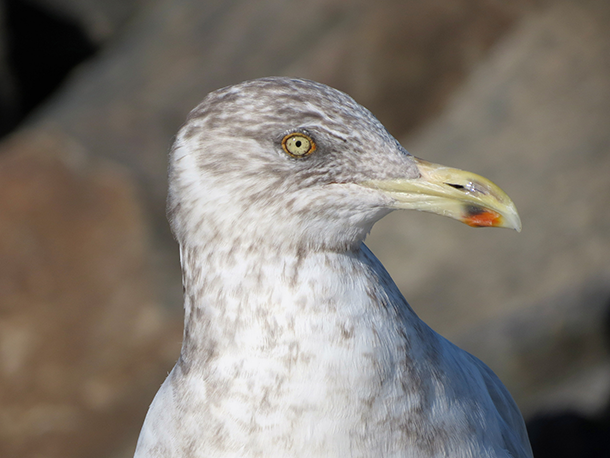 Mary McCann explains how a tiny red spot on the tip of a Herring Gull’s beak is a visual trigger for gull chicks and scientists — causing the young to feed, and setting off animal behavior experiments that led to a Nobel Prize.

CURWOOD: The way animals behave is a constant source of fascination for some observers and an interest for scientists. And as Mary McCann explains in today’s BirdNote®, careful observation can help solve mysteries.

The Little Red Spot on a Gull’s Bill

MCCANN: You may have noticed – on a trip to the shore or at a waterfront restaurant where gulls gather – that many gulls have a bright red spot near the tip of their otherwise yellow bills. 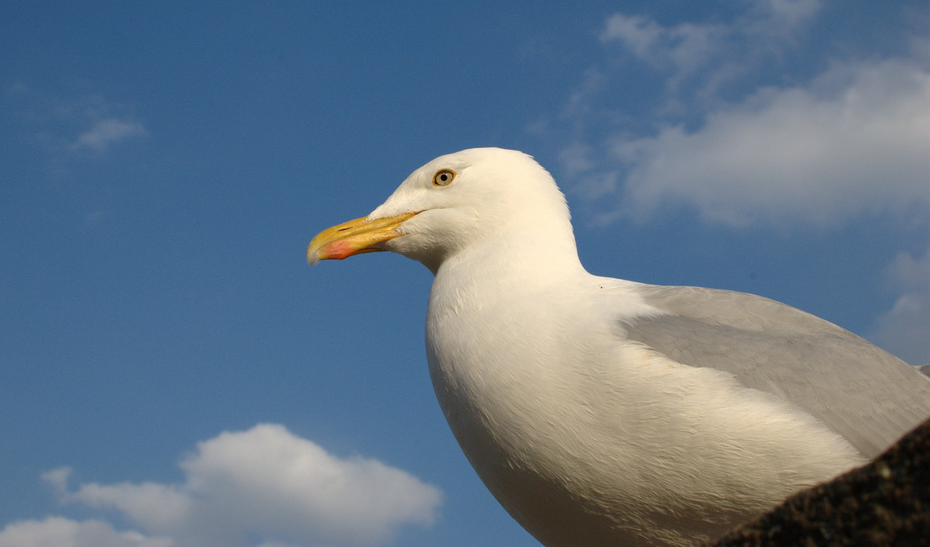 MCCANN: In the mid-20th Century, Dutch scientist Niko Tinbergen studied nesting Herring Gulls. He noticed that newly hatched gull chicks were fed by their parents only after they pecked at the adults’ bills

MCCANN: Tinbergen devised experiments that varied the shape and coloration of the adult’s bill. It became clear that the red spot on the adult gull’s bill was a crucial visual cue in a chick’s demands to be fed, and thus its survival. 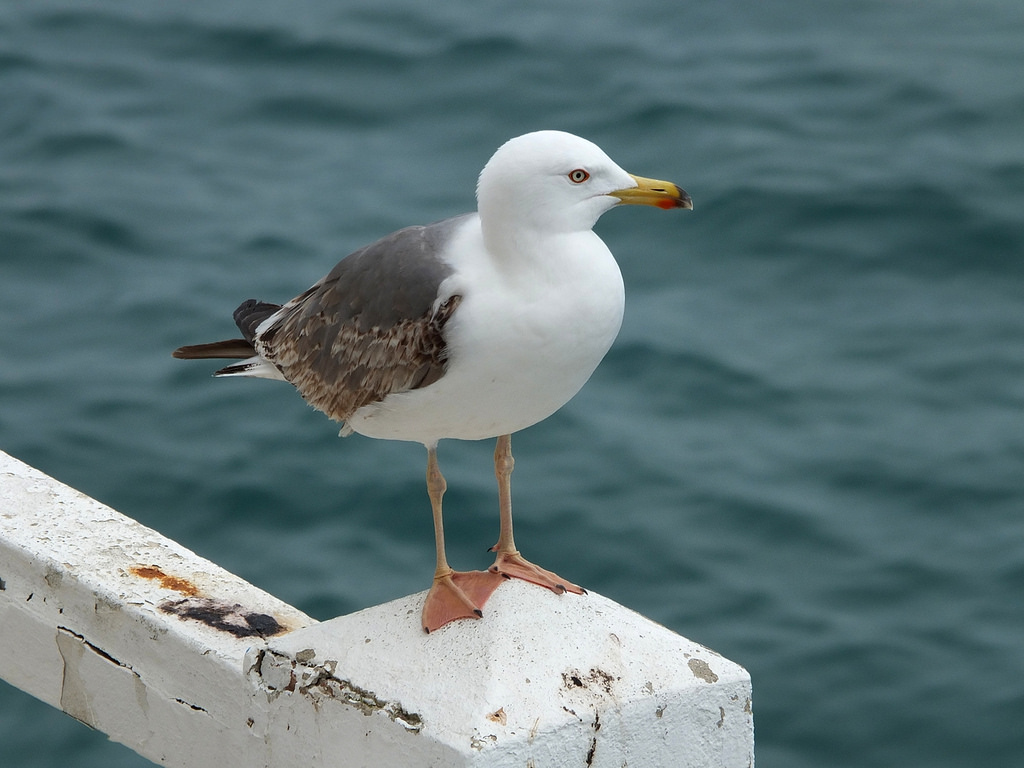 A mature Herring Gull looks out over the water. (Photo: Timelapsed; Courtesy of BirdNote)

MCCANN: Tinbergen also made the case that the chick’s attraction to the red spot on the bill was instinctive. This conclusion came at a time when there was furious debate among experts about whether such behavior was learned or innate.

MCCANN: Tinbergen’s gull research helped lay the groundwork for the science of animal behavior, and in 1973 earned him a Nobel Prize. And it all started with that little red spot. 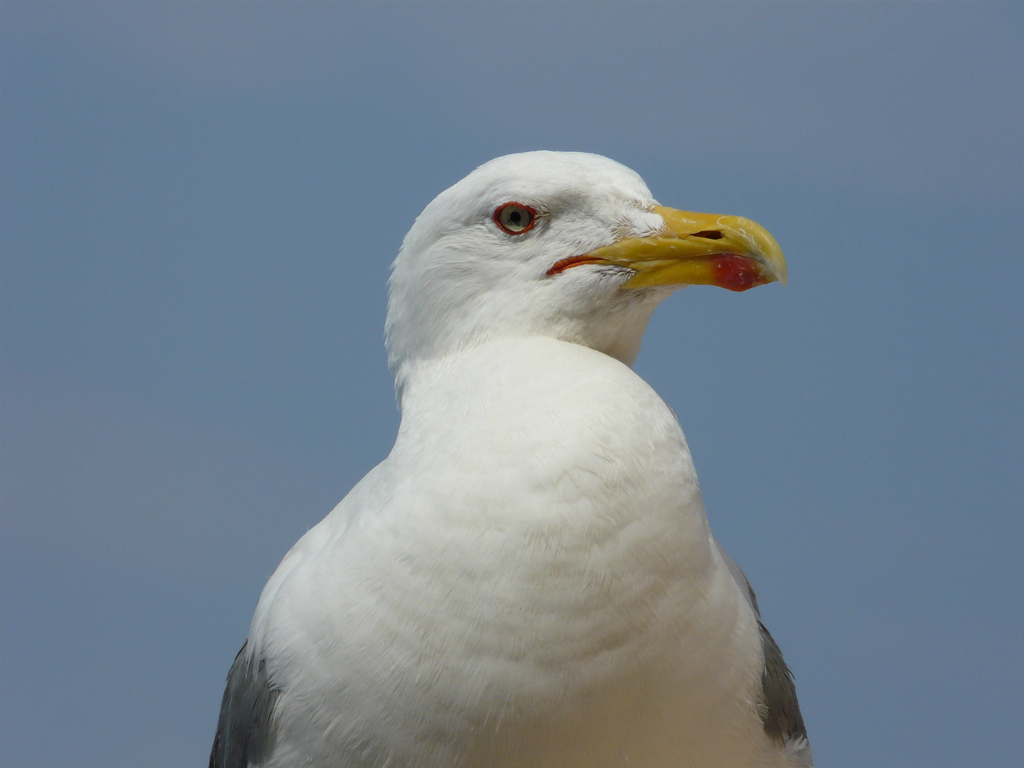 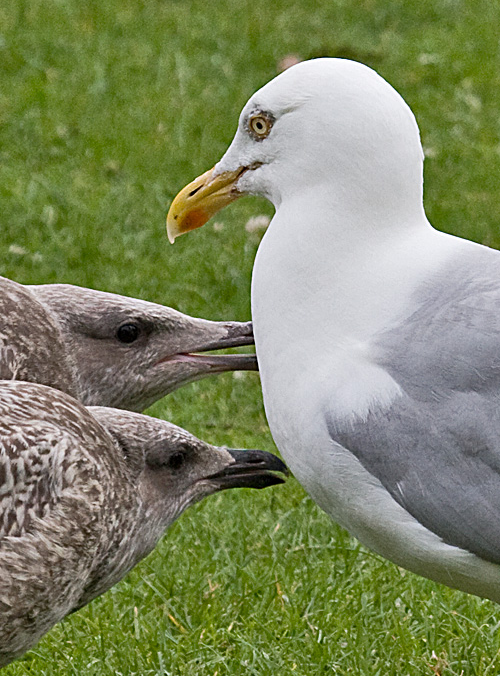 Herring Gull chicks peck at an adult in the hopes of a meal. (Photo: Tony Morris; Courtesy of BirdNote)

CURWOOD: You’ll find photographs of gulls – and their red spots - at our website, LOE.org.

Listen to another BirdNote from McCann on the Bushtit, a tiny songbird.