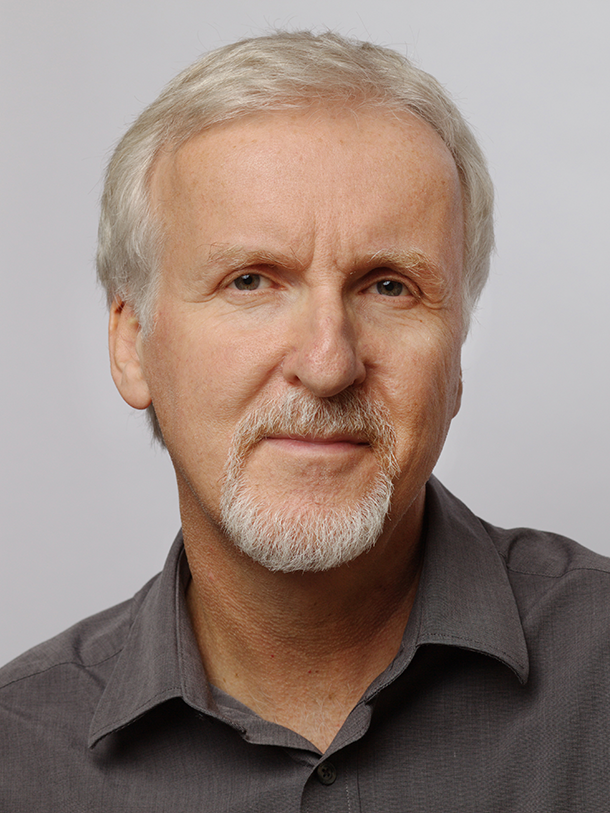 Hollywood Director James Cameron won a 2014 non-fiction EMMY for the TV documentary, Years of Living Dangerously that he produced. With celebrity hosts, the series covered the globe and laid out the gravity of climate change. The series is now released on DVD and Cameron discussed the show and its message with host Steve Curwood.

CURWOOD: The cable TV series “Years of Living Dangerously,” won a 2014 Emmy for outstanding nonfiction. It’s a high-profile, highly-produced and highly-praised investigation into the impacts of climate change worldwide, hosted by respected journalists such as Leslie Stahl, and Tom Friedman, and celebrity correspondents that include actors Harrison Ford, Don Cheadle and Matt Damon. James Cameron is an executive producer; he’s perhaps better known for blockbuster films such as Titanic and Avatar. This series first aired on Showtime – a premium cable channel, which limited its audience. Now though, it’s out on DVD, and iTunes, and James Cameron joins us by phone from Los Angeles. Welcome to Living on Earth.

CAMERON: Hey, Steve, thanks for having me on.

CURWOOD: So tell us about when climate change became an important issue for you?

CAMERON: I think pretty much as soon as I first started reading about it, going back 15, 20 years, and just the kind of growing awareness that there were all these growing environmental problems and climate change was one of them. And it began to emerge, I think, as the preeminent one that affected all the other systems and, you know, all of the other aspects of the ocean, the terrestrial ecosystems and then it came into a kind of preeminent focus for me. This would've been, I don't know, five, six, seven years ago.

CURWOOD: So, let's turn to the production of the “Years of Living Dangerously”. Tell me, how does using celebrities as the correspondents in this series help communicate better, than say using someone boring like a no-name journalist? 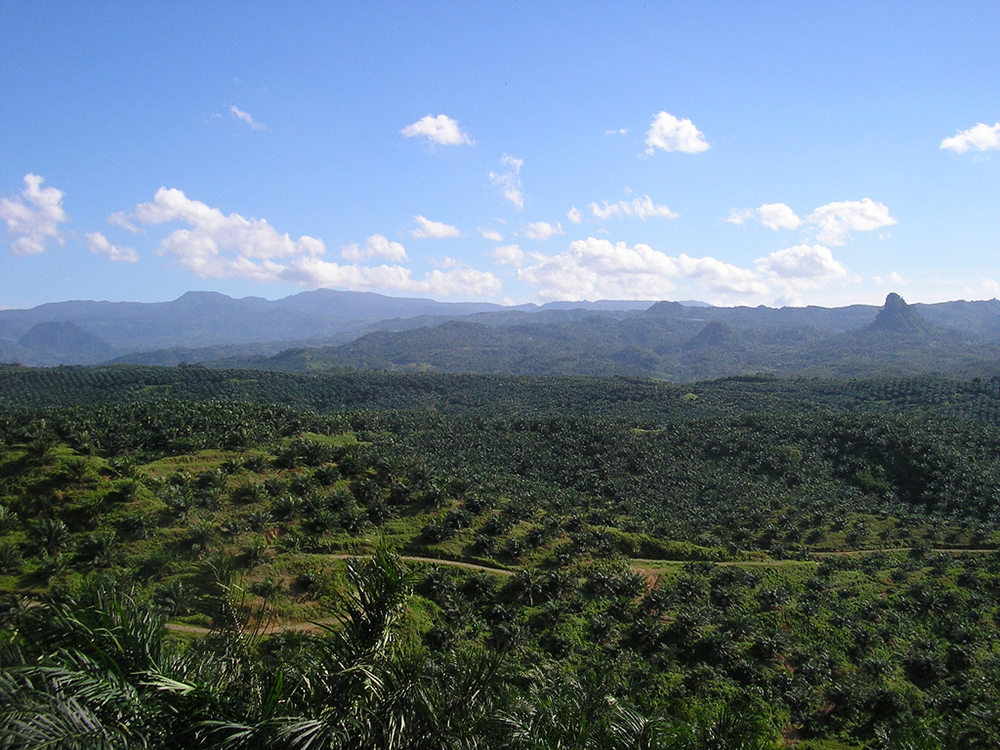 CAMERON: [LAUGHS] Well, we wanted to reach beyond just preaching to the choir. Documentaries in general, and certainly anything on the environment, tend to not be very effective in getting out there to people who may be skeptical or disinterested. Obviously the climate crisis affects us all across all political boundaries, and so we want to reach everybody, which is a lofty goal and one that’s probably not really attainable. But we thought how can we, what kind of hooks can we use to make good compelling television and also to get people to watch it. And so, the idea of incorporating, you know, Hollywood celebrities and other music celebrities and so on, sports, into this was brought to me by Joel Bach and David Gelber, the originators of the series, and I was skeptical at first. I thought, you know, people shouldn't listen to celebrities; you know, their lines are written down for them. But Joel and David said, “No, no, we’re not going to put them in as talking heads, as supposed experts, because they’re not climate experts. Let's have them be concerned citizens—curious and wanting answers and with the kind of compassion that actors can get to in dealing with human issues. And so let's have them roll their sleeves up and go out there into the field and then see what's happening to people right now,” and I thought OK that makes sense.

CURWOOD: What were you surprised to learn or see when you were making this series?

CAMERON: Well, I wasn’t surprised by the horror of what’s happening out there because I knew the facts going into it. I was surprised at how effective our celebrity journalists were at getting great stories out of people on the ground out there, you know, such as the minister in Indonesia when Harrison Ford confronted him. 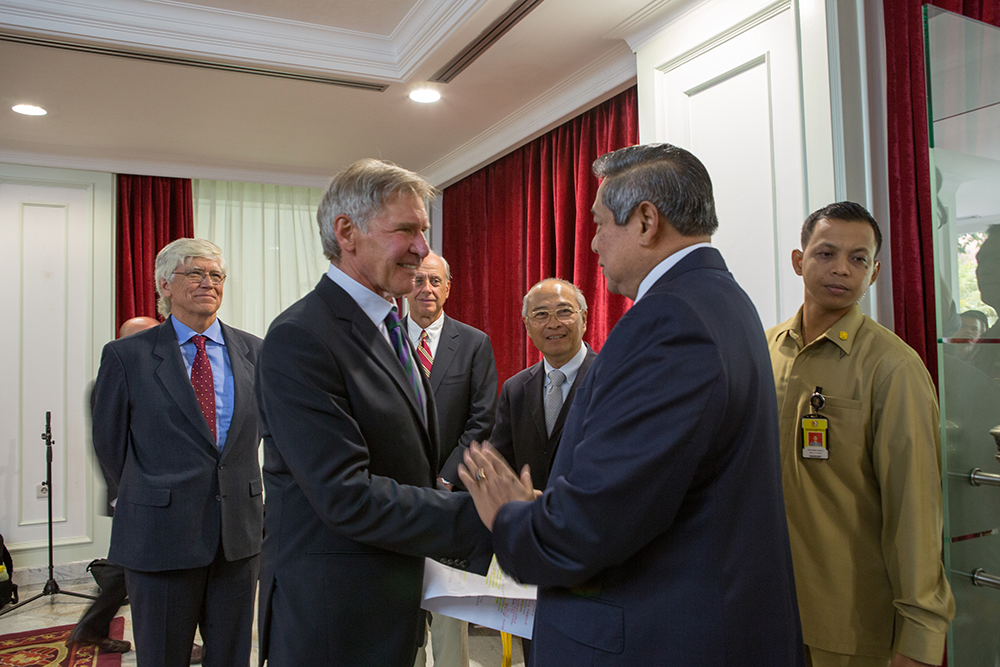 FORD: Finally, I’m meeting the forestry minister. I have a lot of questions. We were in Tesso Nilo.

FORD: National park. It's not funny.

FORD: It's not funny.

FORD: Only 18 percent of it remains. We saw it: There are new roads, new illegal roads. Forests cut. Trees lying on the ground, burnt where they fell. It's devastating. It’s heartbreaking to see it.

CAMERON: You know, it’s pretty strong television, and the thing that I think that Joel and David did deliver was good investigative journalism and really strong compelling TV.

CURWOOD: So Jim, what other places do you think a celebrity really made a difference in what you were able to get in terms of a response?

CAMERON: I think in every segment. I think in every segment they make a difference both in the viewer’s level of interest and the number of people that show up. And I think they made a difference in situ in the dialogues that they were having. Some other journalists might not have gotten that interview with that minister in Indonesia, and I think we should stress here because we've been talking celebrity, celebrity, celebrity, we also had Tom Friedman and Leslie Stahl and Mark Bittman and Chris Hayes and other solid journalists as well. This wasn't all just celebrity TV, but I think, you know in terms of the effectiveness of the show, when you’ve got Don Cheadle tearing up hearing the story of the people that he is talking to and you feel his compassion for them, it can't help but evoke compassion on the part of the viewer. 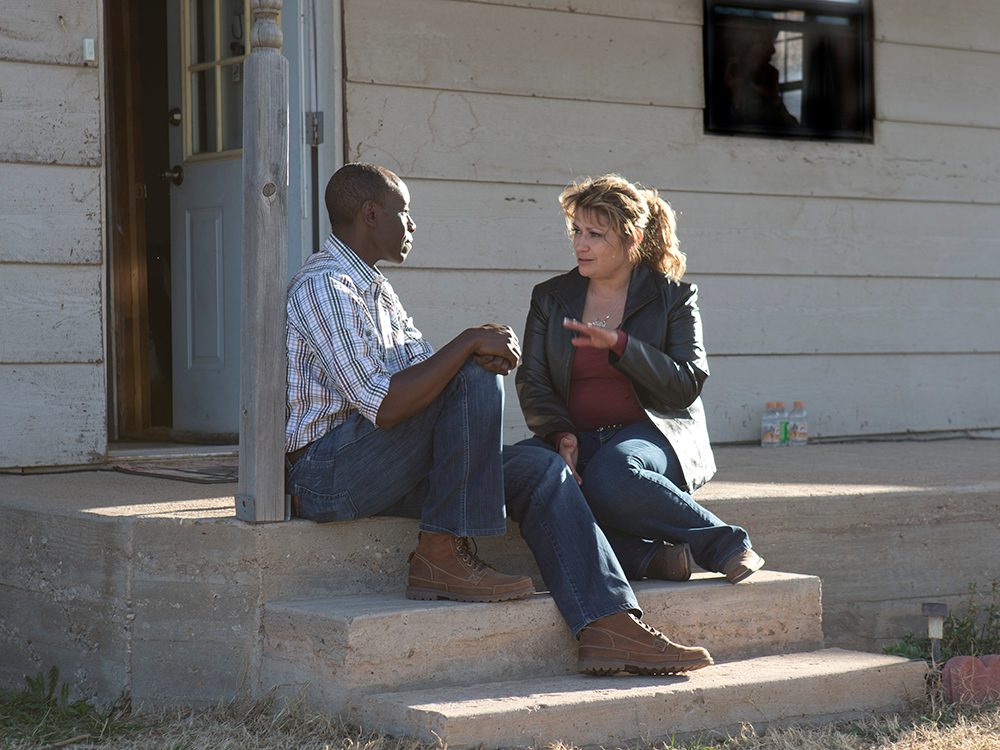 Actor Don Cheadle sits on the front porch of Nelly Montez, a resident of Plainview, Texas who lost her job at a Cargill meatpacking factory. The cattle industry was hit hard by prolonged drought in Texas. (Photo: The Years Project/SHOWTIME)

CHEADLE: In a lot of the country something like a drought is seen as an Act of God or part of an natural cycle. But where I live in Los Angeles, it seems like any kind of extreme weather gets blamed on climate change. Sometimes it feels like we live in two different countries. I want to know what the truth is about this drought, and if it’s possible for these two sides to talk to each other. So, I'm heading to Texas to find out.

CAMERON: And I think that's what this is all about. Climate change is going to affect everybody on the planet, but it's going to affect a lot of poor people, a lot of farmers, a lot of people are going to have their lives hit a lot harder than people who are sheltered in urban environments. And I think that part of what people need to do to really confront this challenge is to open up and be compassionate for the people that are going to be on the frontlines of this crisis in the future.

CURWOOD: How does your awareness of the climate emergency, that so many environmental changes that threaten us now—how does that affect your work and the craft of making films? What do you do, for example, to reduce the carbon footprint of the kind work you do?

CAMERON: Well, I’m making three sequels to Avatar right now, which any individual one of them is a mega-production and we’re doing three of them together as one big production, and we’re operating out of a studio in Manhattan Beach here in Los Angeles. And we took the sound stages and we put 1 megawatt solar power-generating station essentially on the roof, so we will be net carbon-neutral in all of our production activities here in terms of power consumption, so we've took the initiative to essentially generate our own power. And, you know, we'll run a very green set and that sort of thing; so that’s the kind of thing that you can do to take a stand as a businessperson. And I try to live my life as green as I possibly can. My food carbon footprint is very low because I live on a 100 percent plant-based diet. I think you have to lead by example, you know, you can't just be spouting off and I think that's where celebrities really trip themselves up is when they spout off about a problem then they go live a profligate life. 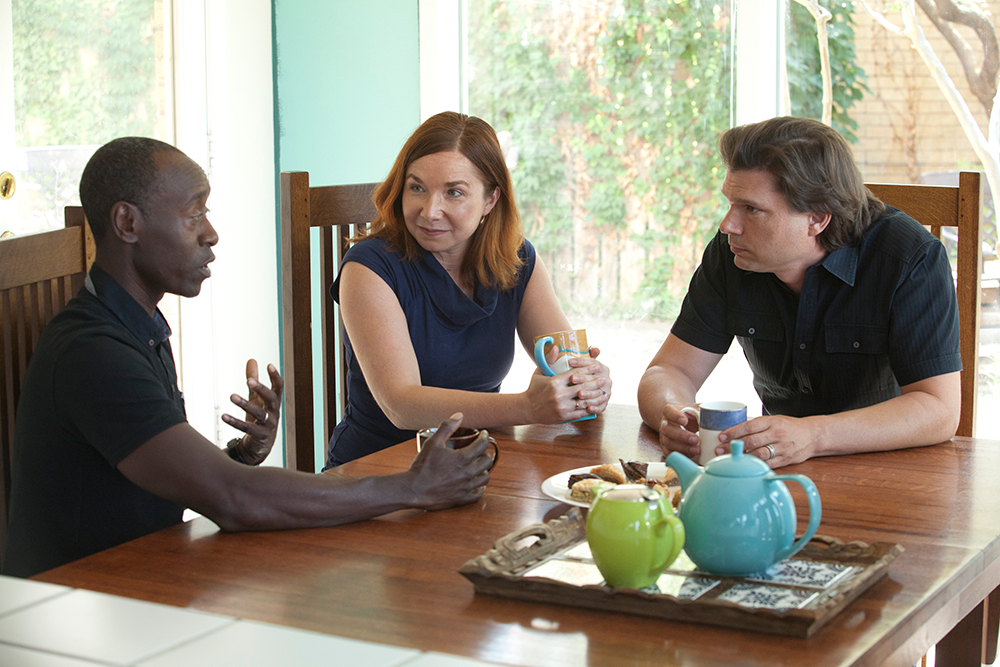 Don Cheadle speaking with Prof. Katharine Hayhoe and Rev. Andrew Farley at their kitchen table. Prof. Hayhoe is an Evangelical Christian and an associate professor at Texas Tech University and, together with Rev. Farley works to bridge the gap between faith and science when it comes to climate change. (Photo: The Years Project/SHOWTIME)

CURWOOD: So what are you thinking about in terms of putting say, a Cli-Fi movie in your future?

CAMERON: [LAUGHS] I don’t even know what that is. What did you call it?

CAMERON: Oh, Cli-Fi! Yeah, sure! Well, I mean, the Avatar sequels are about essentially the future of humanity and the future of life on Pandora and how those two are co-mingled, so you know, what's happening on the Earth 150 years from now is very much part of that story. And of course, climate dominates that, climate and resource depletion and so on; so that'll be part of it.

CURWOOD: Jim Cameron is one of the Executive Producers of “Years of Living Dangerously”. Jim, thanks so much for taking time with us today.

CAMERON: I appreciate it.


Where to watch ‘Years of Living Dangerously’

A WWF report on deforestation in Tesso Nilo National Park