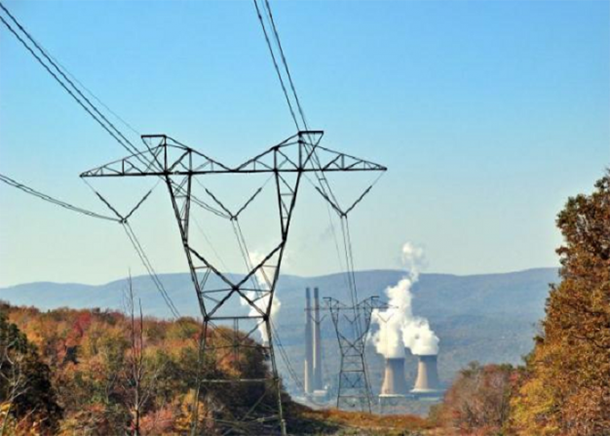 The EPA’s proposed new power plant rules mean states must cut carbon dioxide emissions sharply by 2030, but Pennsylvania gubernatorial candidates disagree on how to do it. The Allegheny Front’s Julie Grant reports that joining the Regional Greenhouse Gas Initiative would help meet these goals, but that idea faces pushback from conservatives and PA’s large coal power industry.

CURWOOD: It's Living on Earth. I'm Steve Curwood. For more than a decade, a group of northeastern states has conducted a cap and trade program for power plant emissions know as RGGI, the Regional Greenhouse Gas Initiative, that’s said to have saved billions of dollars and slashed millions of tons of CO2 emissions. Now, as power plant operators across America consider new rules expected from the EPA next year, states including Pennsylvania are thinking about joining RGGI. But that decision likely depends on the November election, with incumbent Republican Tom Corbett and Democratic contender Tom Wolf on opposing sides. Julie Grant of the public radio program the Allegheny Front has the story.

GRANT: Under President Obama’s clean power plan, Pennsylvania would have to cut its carbon dioxide emissions more than 30 percent by 2030. If Democratic candidate Tom Wolf is elected governor, he says he would join the Regional Greenhouse Gas Initiative, also known as RGGI.

WOLF: I want to be part of any compact that’s trying to make our air cleaner, and I think RGGI tries to do that.

GRANT: RGGI is an agreement between nine Northeastern states to voluntarily reduce the amount of carbon dioxide coming from electricity generation, through a cap-and-trade type program. Adam Garber is with the advocacy group PennEnvironment. He says Pennsylvania could use RGGI as a way to meet the EPA mandates. 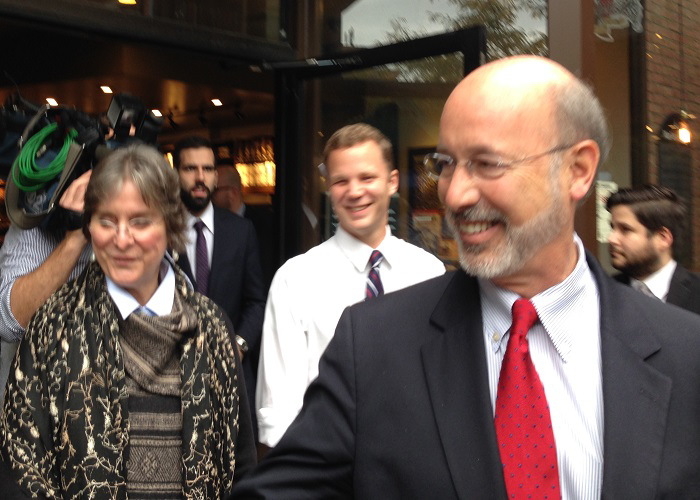 GARBER: By joining an existing framework, it’s going to be easier for Pennsylvania to show that it’s meeting these standards.

GRANT: Garber says Pennsylvanians are ready for this kind of action, as witnessed at the recent UN Climate Summit.

GARBER: I think after you see 400,000 people march in NYC, including thousands of Pennsylvanians, it’s very clear what people in the state want, which is a world not threatened by climate change, a world where we’re getting more energy from renewables like solar and wind. I think the political will and the people will is there, and it’s a question of the politics.

GRANT: RGGI was first proposed by a Republican, former New York governor George Pataki. New York, Vermont, Connecticut, and others voluntarily agreed to cap the emissions of carbon dioxide coming from the electricity sector. Any plant that generates 25 megawatts or more of electricity in RGGI states must purchase one allowance for each ton of carbon dioxide it emits. The allowances are sold in quarterly auctions. Proceeds go toward energy efficiency and clean energy programs, and to lower consumers’ energy bills in member states. But as the politics of climate change heated up, conservatives vilified cap and trade programs. In 2011, Republican New Jersey Governor and possible presidential contender Chris Christie pulled his state out of RGGI.

CHRISTIE: RGGI does nothing more than tax electricity. Tax our citizens, tax our businesses with no discernable or measurable impact upon our environment. So we will withdraw from RGGI in an orderly fashion by year’s end.

GRANT: Christie said New Jersey electricity generators were at a competitive disadvantage because Pennsylvania coal plants didn’t have to pay for RGGI’s carbon allowances. But in the three years since, environmentalists say exiting RGGI cost New Jersey $114 million dollars for clean energy projects. RGGI says proceeds in 2012, the latest available numbers, for all its members combined were expected to return more than $2 billion dollars to ratepayer bills, while offsetting 8 million tons of carbon dioxide. 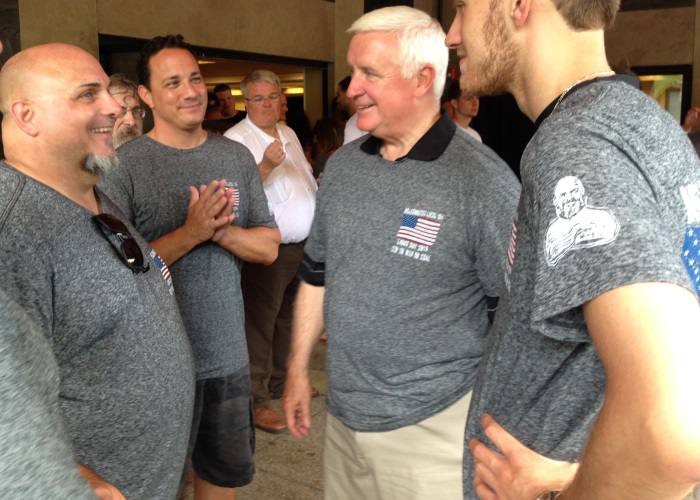 CORBETT: Pennsylvania compared to those states is an absolute anomaly. Several of those states don’t even have a single coal-fired power plant at all.

GRANT: Pennsylvania, on the other hand, is one of the nation’s top energy producers and exporters of electricity to other states. That’s why the EPA’s plan to cut carbon emissions has Pennsylvania’s coal industry worried.

GRANT: Workers from coal plants and mines concerned about their jobs rallied in Pittsburgh last month to stop the so-called “War on Coal.” Henderson says the new federal regulations might force some coal plants to close. He says the RGGI standards are even tougher than the federal rules, and joining could overburden Pennsylvania’s coal plants. But Democrat Tom Wolf says Pennsylvania could negotiate a fair deal with RGGI.

GRANT: The proposed federal rules require each state to have a final plan in place in 2017. If they work with other states in a regional compact, like RGGI, they get an extra year to comply. I'm Julie Grant.

CURWOOD: Julie Grant reports for the public radio program the Allegheny Front. We invited Governor Corbett to explain his views on RGGI, but he declined.


Read more about the story on Allegheny Front’s site