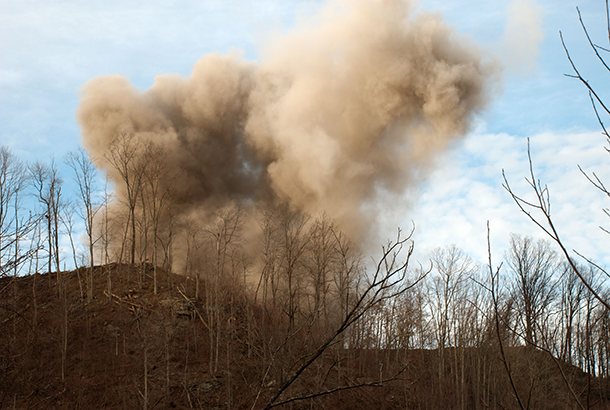 Overburden dust from mountaintop removal coal mining is expelled into the air and carried on the wind for miles. Nearby communities exposed to this dust experience more health problems than those not exposed. (Photo: Bo Webb)

Coal miners in Appalachia commonly practice mountaintop removal, blasting off hilltops to reach coal, and sending dust into the air that pollutes nearby communities. Host Steve Curwood spoke with Dr. Michael Hendryx, a Professor of Applied Science at Indiana University, about his group’s study that links the dust to increased lung cancer risks.

CURWOOD: From the Jennifer and Ted Stanley Studios in Boston and PRI, this is Living on Earth. I’m Steve Curwood. Mountain top removal is a controversial and highly mechanized method of reaching coal seams in Appalachia. Miners blast the top layers of rock and earth off ridge lines and dump the debris – called overburden – into valleys below. Now researchers have discovered this mining method is not merely destructive to the environment, but also creates dust that can promote lung cancer. Their study is published in the Environmental Science and Technology Journal and Dr. Michael Hendryx, of Indiana University, Bloomington, is one of the authors. He joins us now. Welcome to Living on Earth.

HENDRYX: Thank you. Good to be here.

CURWOOD: So in your study, what did you find?

HENDRYX: We found that dust that we collected from residential communities close to mountaintop removal mining sites caused changes in human lung cells that are indicative of cancer development and progression. When we also exposed cells to dust from controlled communities farther away from mining we did not find those changes.

CURWOOD: And you're saying the most dangerous part, at least in terms of getting cancerous changes in lungs, has to do more with the rock that the coal is embedded in than the coal itself?

HENDRYX: That's true. It seems to be mostly what's called the overburden, the rock and soil above the coal, that's released during the excavation. It's released through the use of explosives and the use of large excavation equipment that raises dust levels in the nearby communities that can cause these types of health problems. 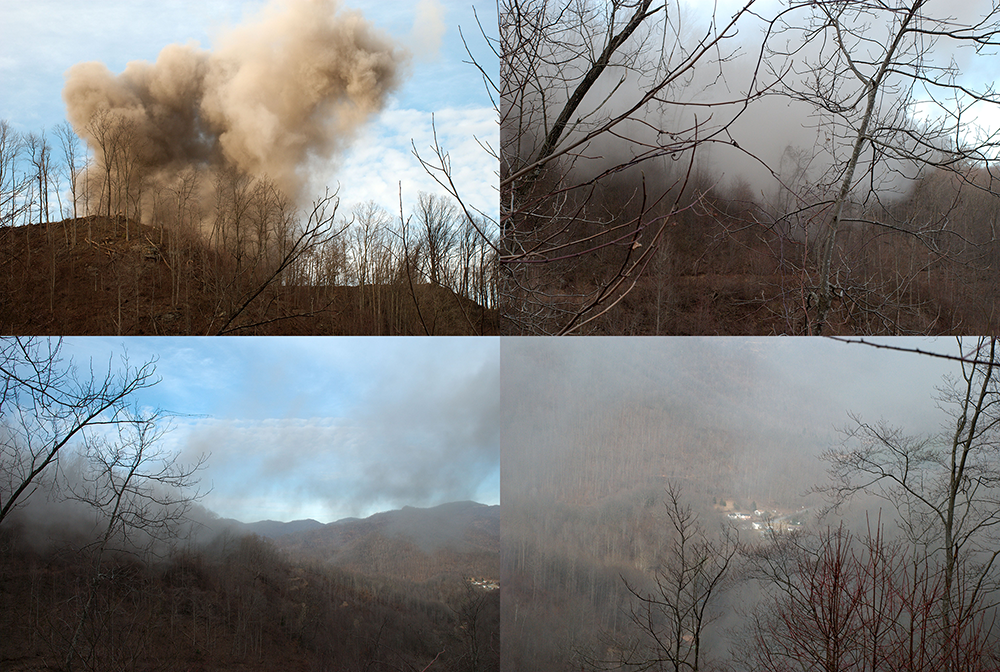 Components of overburden dust can cause irreversible lung damage and cancer when inhaled. (Photo: Bo Webb)

CURWOOD: And what are the ingredients from that overburden that gets into the dust that you think is related to cancer?

HENDRYX: It seems to be a complex mixture. We found elevated levels of silica on a pretty consistent basis. We've also seen elevations in levels of molybdenum and aluminum and also some compounds that are indicative of perhaps particles from the coal itself.

CURWOOD: So just how are such particles related to cancer in people?

HENDRYX: The particles, when they're inhaled, can cause a variety of changes to the body's response to try to, to deal with that foreign agent. Some of those are not specific to the chemical itself, but others, types of chemicals or elements such as silica and molybdenum can be particularly tumor promoting, so the mechanisms by which that happens are not totally understood, but it involves a variety of changes to cells in response to these foreign agents.

CURWOOD: How close are the households at increased risk of cancer to mountaintop removal? 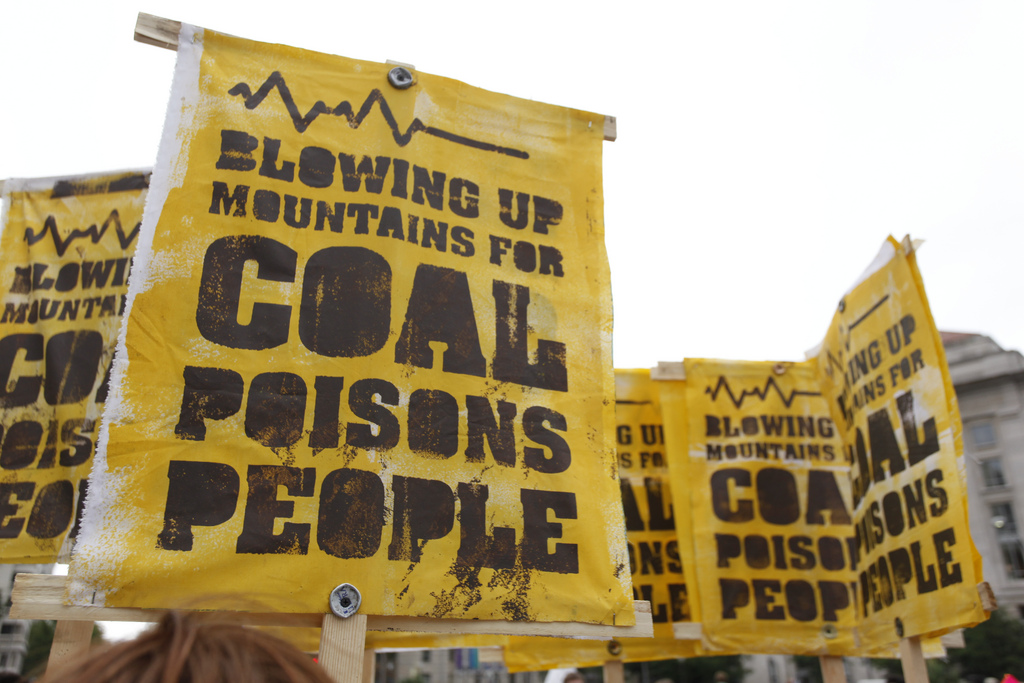 HENDRYX: In this study, we collected the dust samples within a mile of an active mountaintop removal mining site. In other studies that we've done we found evidence for elevations in particulate matter in the air within two or three miles. We don't know exactly what the progression would be as you move away from the mining, but I suspect that most of the effects are probably within five to 10 miles of active mining.

CURWOOD: Now, how important are your results, Professor? There's been concern that mountaintop removal might be related to cancer, might be associated with it, but what does this study do?

HENDRYX: This study is an important new development in my view because the previous studies by and large were epidemiological types of studies that looked at correlations between where people lived and their health status. So we've been able to document a number of occasions that there's higher cancer incidence and mortality including lung cancer for people that live near these sites. But until this study, we didn't have direct evidence linking the environmental conditions in these communities to actual biological changes in human lung cells. So this is an important new development in the research line. 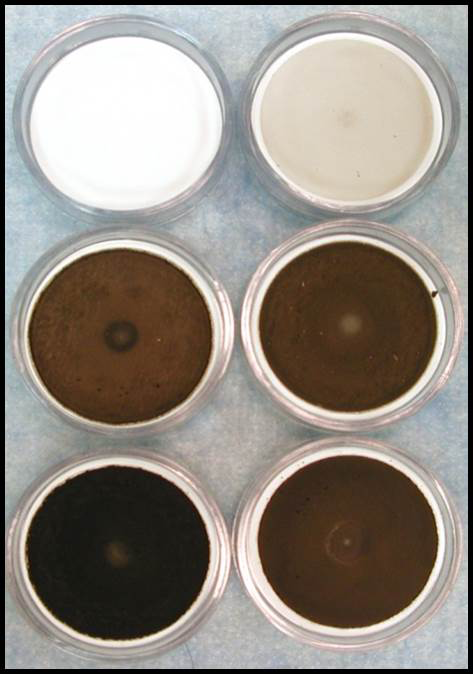 Dust filters. The top left is an unused filter and top right is a control—particles collected from a non-mining area. The bottom four filters collected dust from various mountaintop removal (MTR) mining areas. Dust from these MTR mining areas contains silica, molybdenum, aluminum and other minerals that, when inhaled, cause irreversible cancerous changes to lungs. (Photo: Dr. Michael Hendryx)

CURWOOD: So how many people are afflicted by lung cancer in these regions close to mountaintop removal, compared to people living further away?

HENDRYX: We have done studies that estimate the people that live in the mountaintop mining regions might experience an additional 60,000 or so cases of cancer - that's total cancer not just lung cancer - but the extent of the lung cancer would be a sizable percentage of that.

CURWOOD: And, of course, people are going to say a lot of people in Appalachia smoke. How did you handle that?

HENDRYX: In the epidemiological studies that we've done we've shown that the lung cancer risks are greater even when we control for the effects of smoking. So it's not just a smoking effect, and in this most recent study, we exposed human lung cells to this dust, and it was only the dust collected from the mining communities that caused the cancer changes in the cells.

CURWOOD: Dr. Hendryx, who's most at risk in these communities of developing lung cancer?

HENDRYX: People who are at greater risk of developing lung cancer specifically are probably relatively older, and the risk of it is concentrated if you engage in other risks. So smoking, for example, it's probably a greater risk than exposure to the dust itself. People who maybe have other types of health conditions may be more vulnerable to pollution exposures as well.

CURWOOD: What kind of risks do very young people, babies, infants, young children, run from this? 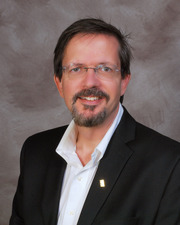 HENDRYX: We've done a couple of studies that have looked at health risks for children or for infants. We've found most disturbingly that the rates of birth defects are higher for mothers who lived in mountaintop mining areas during the time that they were pregnant compared to mothers who did not, again, controlling for other risks. We've also found that children that live in the mining communities are more likely to perform poorly in school which is an indication of poor cognitive development. So it's possible that children who are exposed to these environmental conditions are also suffering.

CURWOOD: So what do your findings mean now for the future of mountaintop removal, this part of the coal industry, in terms of health safety?

HENDRYX: In my opinion, we have enough evidence from this study and from others on both the public health impacts and the environmental impacts that this form of mining should be discontinued. It's environmentally irresponsible and it's a danger to public health.

CURWOOD: Michael Hendryx is a professor of Applied Health Science at Indiana University. Thanks so much for taking the time with me today.

HENDRYX: Thank you. Good to be here.

Living on Earth spoke with Dr. Hendryx in 2012 about measuring mining’s toll on health

Our story on Living Next to Coal—how residents of coal mining towns are more prone to lung, heart and kidney disease.

Listen to our story on how coal dust might threaten wetlands

Silicosis and lowering your exposure to silica particles in dust