In this week’s trip beyond the headlines, Peter Dykstra and host Steve Curwood discuss the passing of a famous environmental whistleblower and remember a deadly smog attack in Donora, Pennsylvania.

CURWOOD: It's Living on Earth. I'm Steve Curwood. Off now to Conyers Georgia, to check in with Peter Dykstra, publisher of DailyClimate.org and Environmental Health News, that’s EHN.org. So, Peter, what’s shaking beyond the headlines today?

DYKSTRA: Well, hi, Steve, this past week there were a couple of stories that caught our eye about climate change and political mischief. We learned of the death of Rick Piltz, who was something of a hero in the climate science community for blowing the whistle nine years ago on the Bush Administration’s interference with a US climate science report.

CURWOOD: Yeah, tell us a little more about Rick Piltz. He has an interesting history.

DYKSTRA: Yeah, Rick was a Senior Associate in the Administration’s Global Change Research Program, the White House office that keeps an eye on climate change, from midway in the Clinton Administration to 2005 during the George W. Bush Administration. That year, he quit in protest after learning that a climate science report had been edited and altered to downplay climate change impacts and overplay scientific doubts about how the climate is changing.

CURWOOD: Yeah and as I recall, he became a classic government whistleblower.

DYKSTRA: If there were a government whistleblowers’ Hall of Fame, he’d be in. Rick Piltz turned where a lot of government whistleblowers do, to a group called the Government Accountability Project. Together they took copies of hand-written changes to the science documents to the New York Times, who published them and ignited a little firestorm. Phil Cooney, who had worked his way from being a petroleum industry lobbyist to being Bush’s Chief of Staff at the Council on Environmental Quality, was at the center of the firestorm. Cooney resigned his government job and soon after was hired into ExxonMobil as a lobbyist, where he remains to this day. Rick Piltz went on to run a group and a website called Climate Science Watch, and last year in a video, he said it’s a nonpartisan thing, and here's his quote: “It’s not just one administration. They all need a watchdog.”

CURWOOD: So Rick Piltz fought political interference in science, but you said there’s another story about the same kind of stuff? 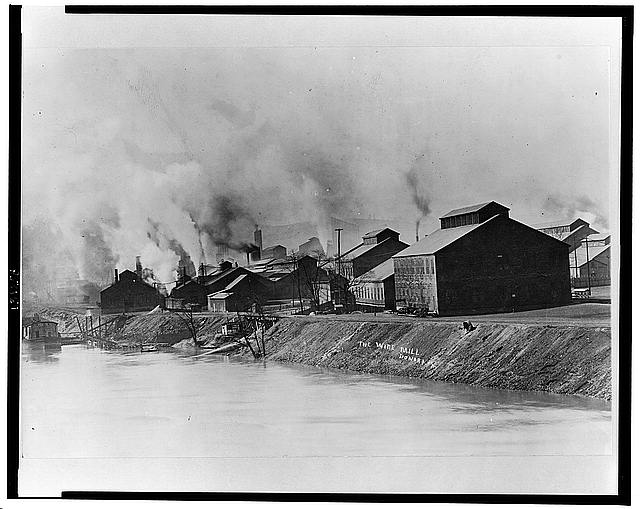 The mills of Donora, Pennsylvania, 1910 (Photo: Library of Congress)

DYKSTRA: Yeah and that's going on right now. Two Congressional committees are going after an environmental group for the apparently unfathomable act of communicating with the Environmental Protection Agency. The Natural Resources Defense Council, one of the best-known environmental advocacy groups in the country, stands accused of – er - advocating for the environment. Congressman Darrell Issa, who runs the House Oversight Committee, has taken time from his Benghazi hearings to demand all of NRDC’s correspondence with the EPA over that agency’s rulemaking to limit carbon emissions. He’s joined in this effort by David Vitter, the ranking Republican member of the Senate’s Environment Committee. Both NRDC and EPA say everything’s above board, but the legislators smell a scandal, and when you watch it all unfold, you wish there were more people like Rick Piltz to stand up for science and smart policymaking.

CURWOOD: Well, it does take a lot of courage to be a whistleblower.

DYKSTRA: And it seems courage is in short supply to buck the tide on energy and environment issues, especially during this mid-term election year. Climate change is front and center in only a few election races, like the open US Senate seat in Michigan. The best of the worst is possibly the House Committee on Science, Space and Technology, where, according to Scientific American Magazine, just five of its 22 majority-party members are on record as affirming that climate change is real. That’s the science committee, Steve! And the current line to duck any discussion of climate change is to say “I am not a scientist.” But some of the same folks who beg off any discussion about climate change because they’re not scientists are very, very eager to tell us what to do about Ebola or health care.

CURWOOD: Only in America! Hey listen, can you take us back in the environmental time machine. What’s on the calendar from this week?

DYKSTRA: 66 years ago this week, a weather inversion trapped the industrial town of Donora, Pennsylvania inside a cloud of smog, largely from the town’s zinc smelter and nearby steel mills. 20 people died within hours, an estimated 6,000 people were sickened, as the smoke hung in the air for days. 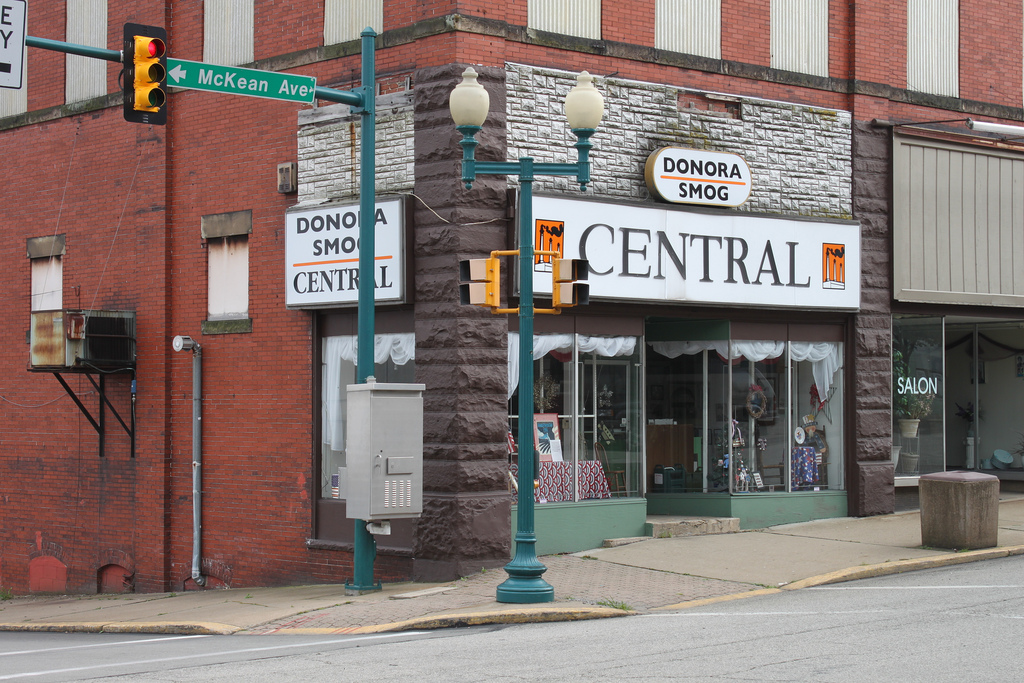 CURWOOD: Yeah, and that was one of the early, most important events in America’s coming to grips with its own air pollution problem.

DYKSTRA: Right and painfully so, not just the health repercussions from pollution, but the town of Donora lost over 5,000 jobs in the next decade as the culprits in the smog disaster, the zinc smelter and steel mills, closed down. Much of the steel industry eventually migrated to places like China, where they’re just now coming to grips with their own Donora-Style disasters.

DYKSTRA: But one more thought about Donora. Two well-known names from very different fields grew up in Donora around this time. Devra Lee Davis is a toxicologist and environmental health specialist. She was a two year-old at the time of the Donora disaster. And, in a very different field, it was usually left field, was Donora native Stan Musial. By 1948, he was well on his way to becoming one of the greatest baseball players of the 20th century, but Musial’s father, Lukasz Musial, took ill and later died as a result of the Donora Smog Disaster.

CURWOOD: Peter Dykstra is publisher of Environmental Health News, that’s EHN.org and the DailyClimate.org. Thanks so much for taking the time with us today, Peter.

DYKSTRA: OK. Steve, thanks a lot and we’ll talk to you soon.