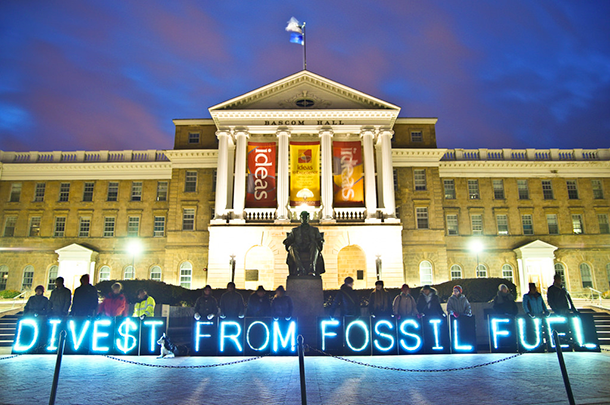 In parts of the US, gas prices have dropped below three dollars a gallon. Short term, low oil prices can lead to more driving and more pollution, but as reporter Elizabeth Douglass tells host Steve Curwood, the recent drop in the price of crude could signal long-term problems for the fossil fuel industry, and that’s good news for the divestment movement.

CURWOOD: A gallon of gas now goes for less than $3 in some places in the US, and it hasn’t been that cheap since 2010. And oil has dropped to about $80 a barrel and speculators bet it won’t increase much in the next five years. The decline in oil is pushing down profits and stock prices, making it less attractive to investors. Elizabeth Douglass is a reporter for InsideClimate News who covers fossil fuels and the divestment movement. She joins us now on the line from Indianapolis. Welcome to Living on Earth.

DOUGLASS: Thanks very much.

CURWOOD: So, Elizabeth, how do these low crude prices affect the profitability of oil extraction? At what point is it not profitable to extract oil from the ground?

DOUGLASS: It depends on the field. It's quite variable even within a single company and even within the same oilfield. Eagle Ford in Texas for example - one field at break-even point might be $67 and another place it might be $74. All the majors: Exxon, Shell, BP, all of them have been getting a lot of pressure from shareholders about all the money they're spending on particularly very expensive projects like the tar sands and deepwater oil drilling off Brazil, things like that...they cost billions and billions of dollars. And investors would rather have that money returned to them either in dividends or stock buybacks and so they're really forcing the oil companies to scale back on their big production projects. 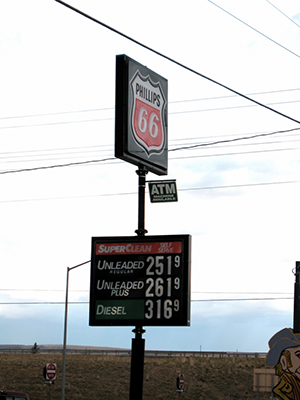 In some parts of the country, gas prices have fallen well below three dollars a gallon. (Photo: Ricky Romero; Flickr CC 2.0)

CURWOOD: Now what's the immediate impact of low oil prices from a climate perspective do you think?

DOUGLASS: That's sort of a double-edged sword because if you have really low oil prices that can stimulate growth in the economy and our economy is still very heavily dependent on oil, so environmentalists, for example, like oil to be very expensive because then consumers drive less, they react to those higher prices. So the concern would be lower prices would be counterproductive on a climate front.

DOUGLASS: But if you have low oil prices that may bring home the point to oil companies that there are real significant shifts in the world and there's going to be a lot less interest in using it on the long-term, so it could be a shot across the bow for them to recognize that climate change is real and that it’s a real long-term threat to their business. 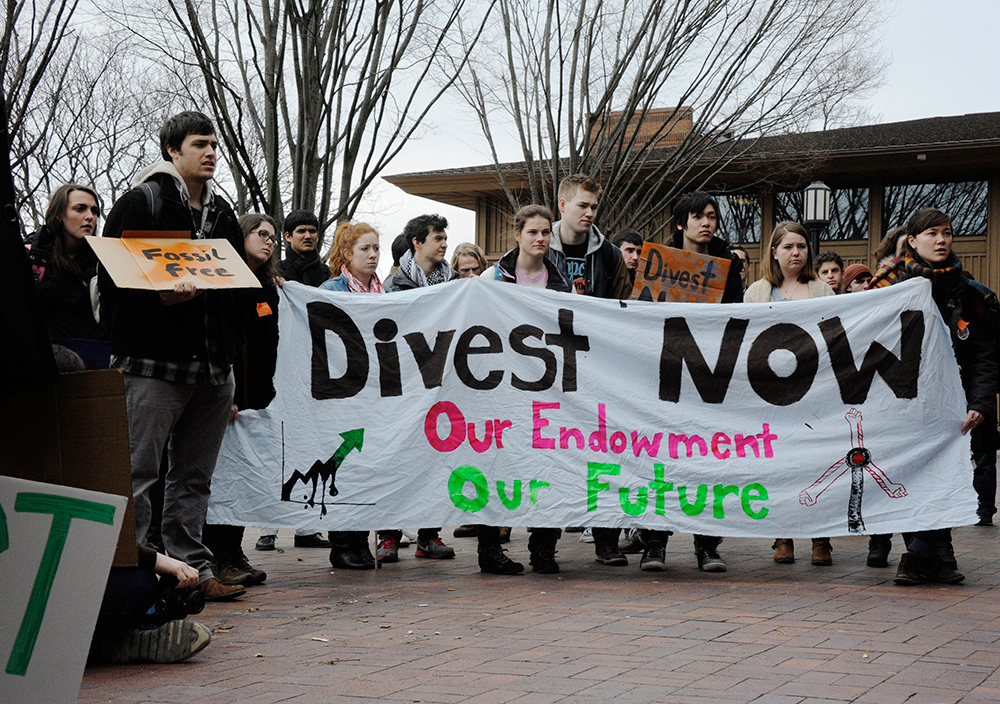 CURWOOD: Now, the fossil fuel divestment movement has recently been urging people to pull their investments from fossil fuel companies. How is that movement reacting now to this dip in oil prices?

DOUGLASS: I think they're reacting cautiously because they know by watching the oil market that things are changing all the time, so they would hate to hang their hat on something that might be fleeting. I think they are laying low on this and letting other people point out, for example, that this is showing us just how volatile these stocks can be, how uncertain it is as a way to undermine the notion that these are no-fail investments and that's really the way they'll probably use this kind of the dip in oil prices. It's not their primary argument. Their primary argument is that climate change is a threat to the world and investing in oil companies is counterproductive. 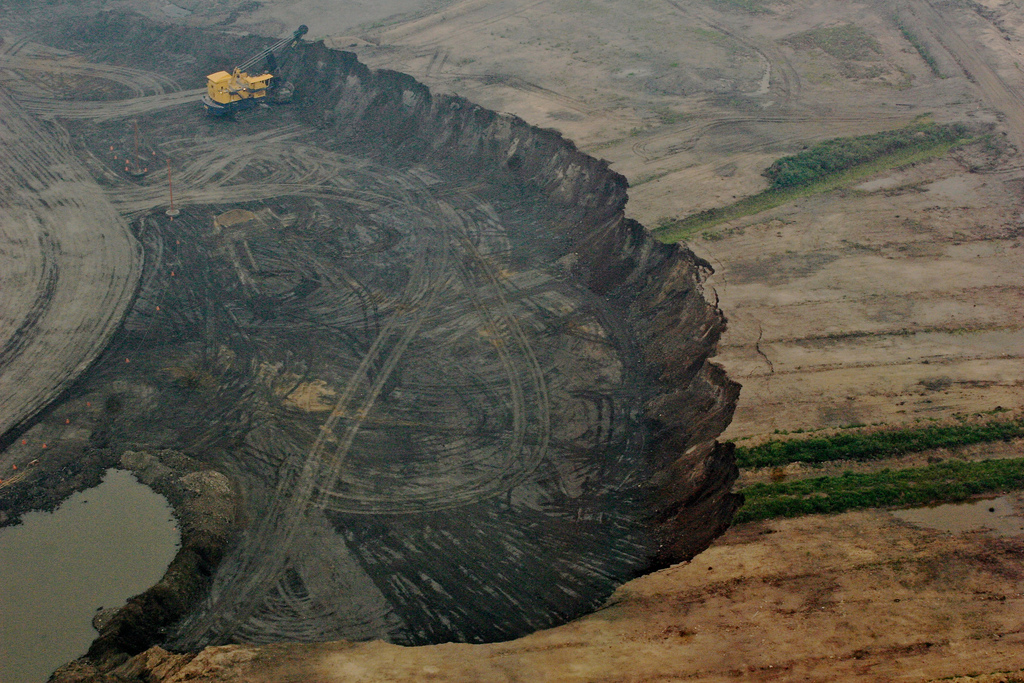 CURWOOD: So who out there is making the economic argument about the divestment that, well, these stocks aren't quite as guaranteed as they once were in the past?

DOUGLASS: On the economic side there are groups like Ceres and others who are pointing out that if we stick to the climate change projections then we really can't burn even the fossil fuels that are already on the books of these companies. Those companies have a lot of reserves of oil and natural gas and coal and they're all built into the stock price, so their argument is if they cannot burn or sell much of the basis of the assets they have, then their stock prices are considerably overvalued.

CURWOOD: So how is the fossil fuel divestment movement doing around the world? I understand that universities in the UK have gotten involved, pension funds in Scandinavia that sort of thing? 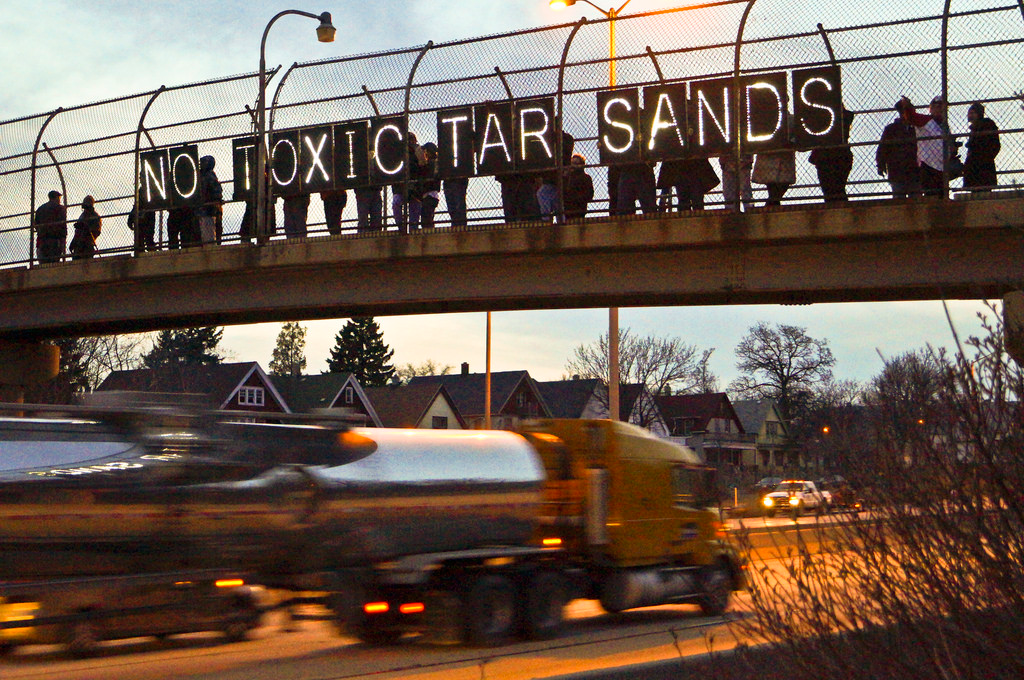 DOUGLASS: Um hmm. It's a slow process, but it's actually picked up some momentum. I don't think anyone would tell you that it that is affecting Exxon or any of those other companies at this point, but it did elicit a response from Exxon recently when they put a letter on their website, a blog item basically, countering the divestment arguments and we hadn't seen that yet from oil companies to that date, so it means it was at least on the radar screen and that does mean that it's something they're watching.

CURWOOD: To what extent do you think fossil fuel companies are scared by the divestment movement?

DOUGLASS: Well I think there's a divergence on that front. If you're a coal company you've got a lot of problems, one of them is divestiture. A lot of universities will find it pretty easy to divest their holdings in coal because their stocks have been crushed. If I'm an oil or gas, natural gas company, I'm not all that concerned just yet. It's not big enough yet. 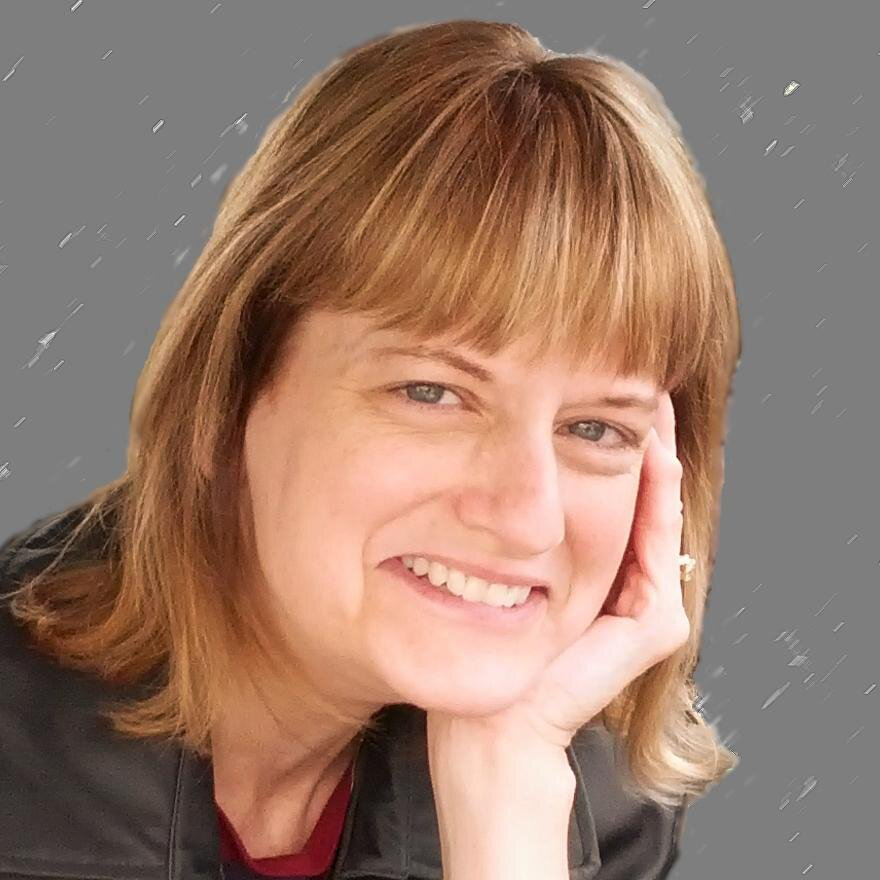 CURWOOD: At what point does it become big enough?

DOUGLASS: I think when you start seeing the largest institutions divesting in a quick way and money flowing out of the stocks, they'll have to be reacting to that. They're able to hold on so far by offering dividends and stock buybacks. That's something that every investor loves.

CURWOOD: So at the end of the day, Elizabeth, what you think about the long-term outlook for the oil industry?

DOUGLASS: That's a million dollar question...I think everyone would like to know that! In United States, demand is not really growing very much. In the transportation section we're going to have higher miles per gallon energy-efficient cars. We have a smaller population who is going to be driving, so forth. The future of oil, I think, revolves around what happens in India and China where there's a whole generation that's going to get into cars and start driving. If those cars don't run on fossil fuels, they're in trouble.

CURWOOD: Elizabeth Douglass is a Reporter for InsideClimate News. Thanks for taking time today.

DOUGLASS: Thank you very much.