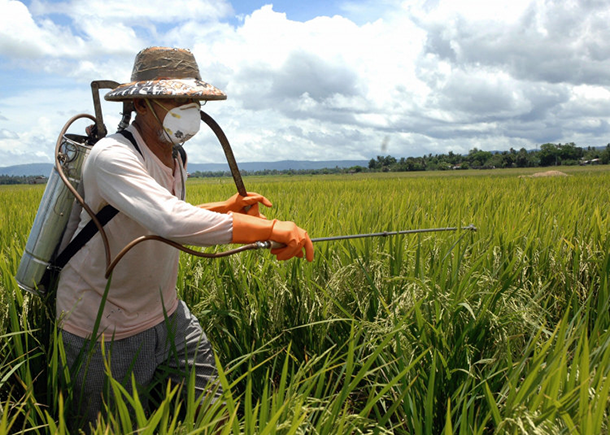 Because farmers come in contact with pesticides more than the general population, they’re more at risk of experiencing the negative health effects linked to pesticides. (Photo: The Speaker; Flickr CC BY 2.0)

A coalition of environmental groups and farmers is suing the EPA over approval of Dow Chemical’s new GMO crop herbicide, Enlist Duo, a combination of glyphosate and 2,4 D, an ingredient of Agent Orange. The lawsuit alleges inadequate environmental and health assessments by the agency. Host Steve Curwood and the Center for Food Safety’s science policy analyst Bill Freese discuss the suit and effects the herbicide might have on weed resistance and pollinators.

CURWOOD: It's Living on Earth, I'm Steve Curwood. The first records of pesticides date back some 4,500 years, when the Sumerians used sulphur to control insects and mites. Many of today’s synthetic pesticides are derived from chemical weapons developed during the first and second World Wars. And chemical warfare against weeds has become a constantly escalating conflict as unruly weeds rapidly adapt to new products.

On October 15, the EPA approved one of the latest weapons for large-scale production of genetically modified soy and corn - a combination herbicide called Enlist Duo that includes a key component of Agent Orange, the controversial defoliant used in the Vietnam War. So a coalition of farmers and other environmental groups led by the Natural Resources Defense Council and the Center for Food Safety has taken the EPA to court, charging the agency with failing to properly assess the risk of the herbicide to the environment and public health. Bill Freese is the Science Policy Analyst for Center for Food Safety and joins us now. Welcome to Living on Earth, Bill.

FREESE: Thanks for having me.

CURWOOD: So tell us about this new herbicide Enlist Duo. What's it made of and what's special about it?

FREESE: Well, Enlist Duo is a mixture of Roundup and 2,4-D. Now, Roundup is Monsanto's brand name for an herbicide known as glyphosate. And 2,4-D is one of the oldest herbicides, it was a part of Agent Orange that was used in the Vietnam War. Now, Agent Orange was composed of two compounds, 2,4-D and another 2,4,5-T. 2,4,5-T was the more toxic component of Agent Orange, however 2,4-D is also toxic, and what's special about this herbicide mixture is that it is specifically intended for use on corn and soybeans that have been engineered to withstand these herbicides. These are called herbicide-resistant crops and they're by far the major type of genetically engineered crop that are grown in the world today. 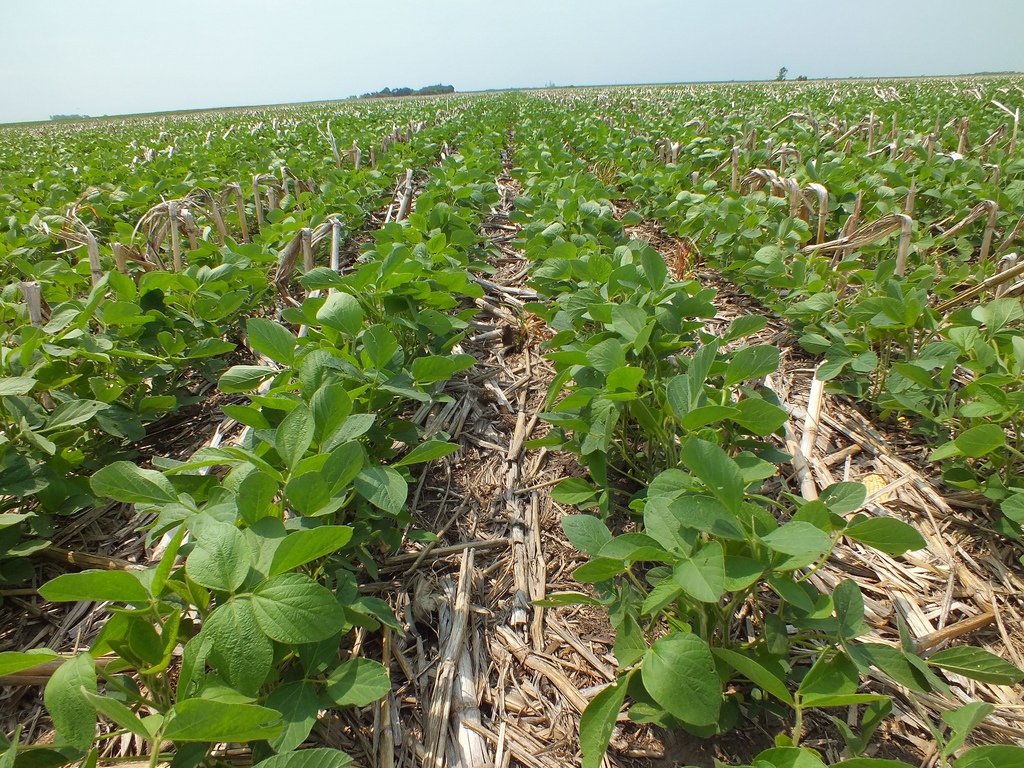 Dow AgroSciences has developed a variety of corn and soybeans that is resistant to the Enlist Duo herbicide. (Photo: USDA NCRS South Dakota; Flickr CC BY-SA 2.0)

FREESE: Dow Chemical Company manufactures Enlist Duo, and they've also engineered corn and soybeans for resistance to this herbicide mix. What we saw with the first generation herbicide-resistant crops, that is RoundupReady varieties from Monsanto Corporation, is that there were hardly any weeds that were resistant to Roundup or as you say, glyphosate, the chemical name, prior to their introduction in the mid 1990s. And what happened was these crops became quite popular and farmers used glyphosate exclusively and it resulted in what people are calling an epidemic of glyphosate-resistant weeds. And now unfortunately this is serving as the pretext right? These glyphosate-resistant weeds have become the pretext for introduction of these next-generation GM crops such as Dow’s Enlist crops.

CURWOOD: So who's to say that weeds won't develop a resistance to this new herbicide cocktail like they have to just plain glyphosate?

FREESE: Well, I think it's very clear that they will evolve resistance to 2,4-D and you know the weed science community is fairly clear this will happen. And unfortunately, you know, there's kind of an acceptance of this pesticide treadmill that we really need to get away from.

CURWOOD: Bill, what do you see as the health risks associated with 2,4-D?

FREESE: Well, you know it's not just what I see, it's what medical science has been telling us over the past several decades. There are a number of repeated epidemiology studies by very top-flight scientists which show that 2,4-D exposure is linked to higher rates of non-Hodgkin's lymphoma. This is an immune system cancer, it kills about 30 percent of those who contract it and it's really bad news. Parkinson's disease is another disease that is been linked to 2,4-D. We also see potential risks for children, infants, from 2,4-D exposure. There have been a number of studies which looked at that, and that's a very important aspect of the situation, is that children are known to be much more sensitive to adverse effects of pesticides than adults because their systems are developing. And EPA is supposed to account for this greater sensitivity in its risk assessments, but unfortunately it failed to do so with this Enlist Duo assessment.

CURWOOD: Now, the EPA did test 2,4-D on rats. They set limits on when farmers can apply this new herbicide in order to make sure that in EPA’s view it would be safe, but you say their tests and their restrictions aren't realistic. How so? 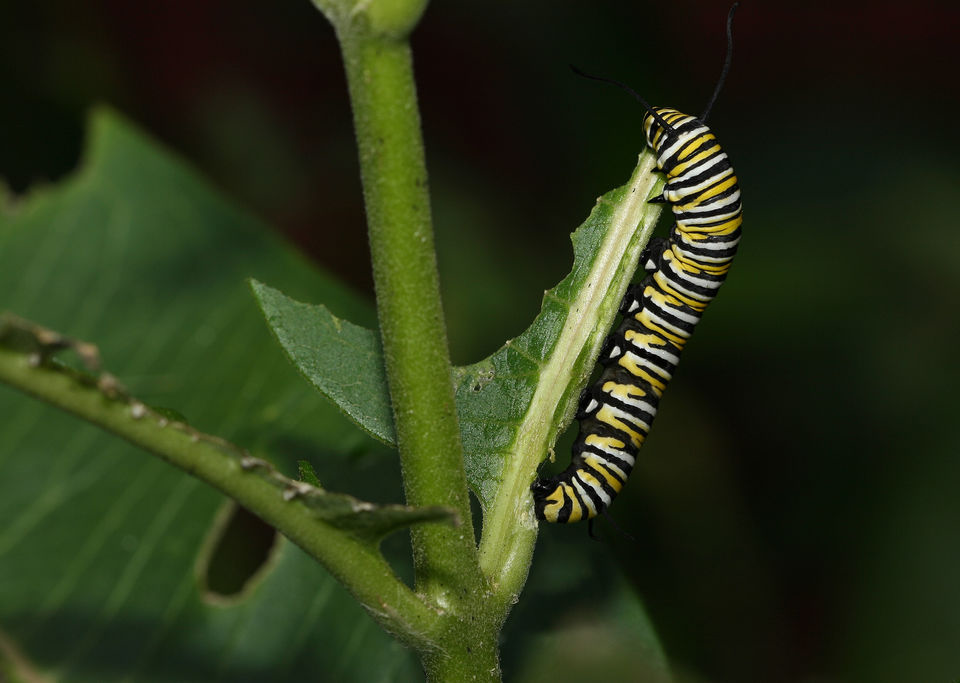 FREESE: You know, the way I like to think of it is that EPA regulation is based on virtual reality. As you say, they rely almost completely on tests done on rats that are conducted normally by the registrant, in this case, Dow, and they ignore more relevant medical science that actually looks at impacts in the real world.

CURWOOD: We know that glyphosates are particularly tough on milkweed, which is vital for the survival of Monarch butterflies, it's where they breed. But what are the risks to pollinators in general associated with this herbicide 2,4-D?

FREESE: Well you know, 2,4-D effectively kills flowering plants, and they're the base of the ecosystem. They provide habitat and food to animals including pollinators. Think of flowering plants...they supply nectar, and if they're killed off than that impinges on the populations of these crucial pollinators, bees as well as Monarch butterflies and other insects. And it's particularly problematic in farm country if you think of a state like Iowa, most of the land is taken up with corn and soybean fields, so to the extent that you still have biodiversity in the Midwest it's often very close to corn and soybean fields, and studies show that we're going to have reduced populations of these nectaring plants.

CURWOOD: One of the things that you say in your complaint is that the EPA didn't get right their assumption that an herbicide sprayed on a field would stay in that field. Why is that not a reasonable assumption to make?

FREESE: Well, if EPA had really looked at experience with 2,4-D they would have seen that it's the number one culprit in drift-related crop damage. OK, so this is a very drift-prone herbicide. We know this; there's concrete experience. What EPA does is rely completely on complicated models of pesticide drift that frankly were developed by the pesticide industry and which assume perfect compliance with all sorts of unrealistic conditions. I should say that we tried our best to work through the administrative process. For two years we filed detailed scientific comments on these agencies assessment documents and it just...EPA hasn't listened to us, so that's that's why we've been forced to resort to a lawsuit here. 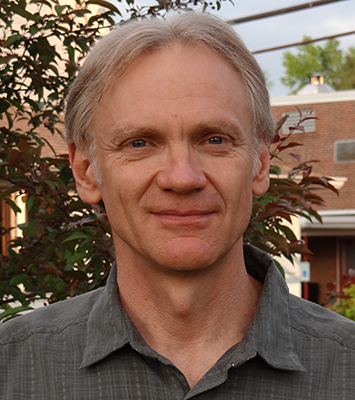 CURWOOD: And you're not the only ones unhappy with how EPA has handled Enlist Duo's approval. Other organizations have filed another lawsuit against the agency. Reuters reported that EPA has been flooded with calls some from doctors, scientists urging it not to approve this herbicide. Why such an outcry over this one particular product?

FREESE: Well, I think there's several reasons. First of all, we're talking about an herbicide that is already fairly widely used that will experience a three to sevenfold increase in use. This is a projection by Dow that's been seconded by the USDA and basically all of the big biotechnology companies have developed similar crops that are resistant to other herbicides—in many cases, two and three herbicides each. So when you look at this in totality it presages a tremendous increase in overall herbicide use dependence and we're trying to steer agriculture onto a more sustainable path where weed control is accomplished with far fewer herbicides.

CURWOOD: Bill Freese is the Science Policy Analyst for the Center for Food Safety. Bill, thanks for much for taking the time with us today.

FREESE: I was happy to be here. Thanks.

CURWOOD: We contacted the EPA and Dow Chemical for comment. The EPA emailed, "We will review the suit and respond appropriately." Dow officials responded that they “support EPA’s registration decision and are confident that EPA will prevail in all of the related litigation.”

“Dow AgroSciences is confident that EPA thoroughly reviewed this long-awaited new agricultural technology before registering Enlist DuoTM herbicide for use by American farmers. We support EPA’s registration decision and are confident that EPA will prevail in all of the related litigation.”

The Center for Food Safety