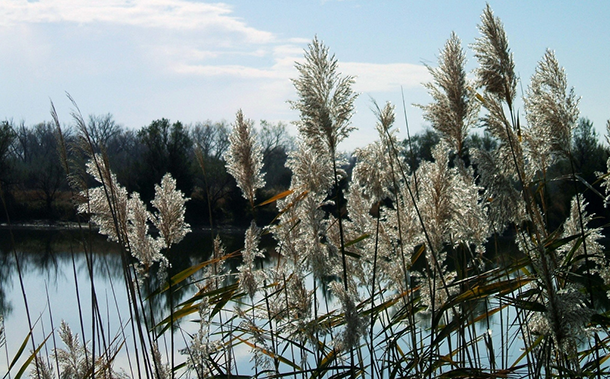 Phragmites is a resilient, invasive reed that emits an acid from its roots, which helps it to crowd out native plants in swamplands. (Photo: John Lillis; Flickr CC BY-NC-ND 2.0)

In this week’s trip beyond the headlines, host Steve Curwood and Peter Dykstra discuss a novel way of culling an invasive wetland reed, the cost of China’s disappearing wetlands and Godzilla vs. the Smog Monster.

CURWOOD: Time now to check in with Peter Dykstra and find out what’s happening in the world beyond the headlines. Peter publishes Environmental Health News, that’s EHN.org and the DailyClimate.org, and he’s on the line now from Conyers, Georgia. So Peter, what’s up today?

DYKSTRA: Well hi, Steve, you know I grew up in northern New Jersey, right on the edge of Hackensack Meadowlands, one of the biggest salt marshes on the east coast and historically one of the worst urban dumping grounds in America. It was a really good place for me to learn about environmental impact.

CURWOOD: So let’s see, the Jersey Meadowlands is home to a football stadium, lots of trash and toxic waste, and the late union boss Jimmy Hoffa, right?

DYKSTRA: Well yeah, we still need to slap an “allegedly” on the Jimmy Hoffa thing, since he’s never been found. But the toxic waste and trash, definitely, and despite all our abuse, the Meadowlands are coming back a little. Today, one of the biggest threats to coastal wetlands, like the Meadowlands, and freshwater swamps are invasive species like phragmites, a reed that crowds out native vegetation and is now found in every US state. It runs deep roots, emits an acid that helps crowd out native swamp plants, and despite efforts to burn it, and poison it, and plow it under with bulldozers, it’s still thriving, but a new effort may hold some promise.

CURWOOD: So let me guess, they’re being done in by the same guys who allegedly got Jimmy Hoffa?

DYKSTRA: No, the hero of this story is the goat. A story this week reports that experiments led by Duke University show promise – one of them in a Maryland wetland, the other experiment at Fresh Kills, the immense former landfill on Staten Island. Goats think phragmites are delicious. It’s not a perfect solution, and in the experiment they still used herbicides to help keep the unwanted reeds from returning, but the lowly, low-tech goat may help get the job done.

CURWOOD: And I understand they even eat poison ivy as well.

DYKSTRA: They do indeed! Ready for another wetlands story?

CURWOOD: Sure, ya got one? 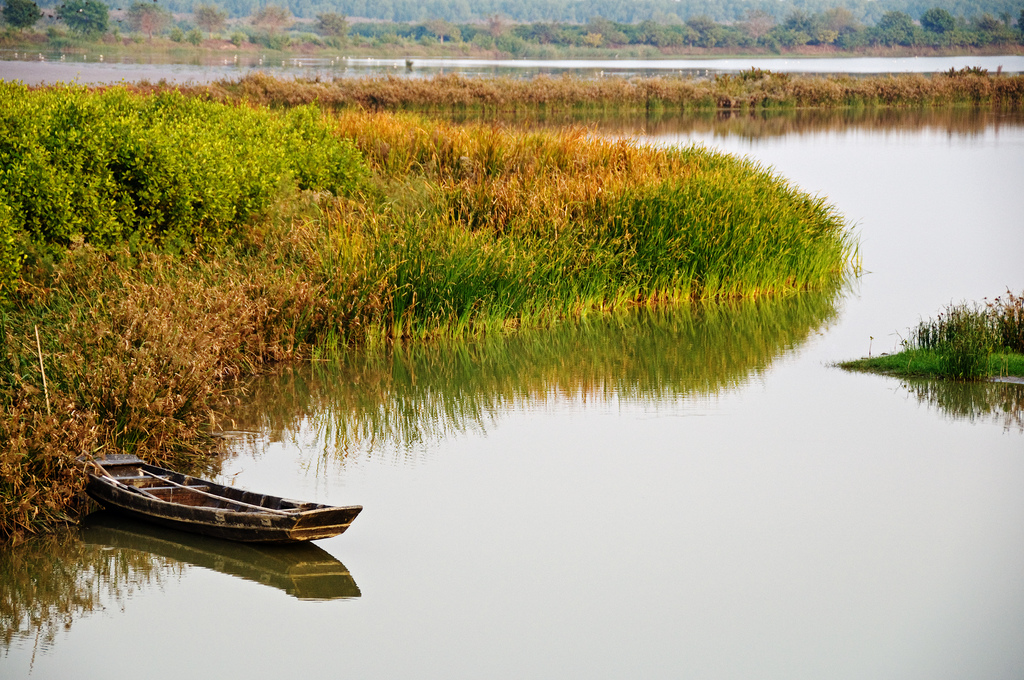 DYKSTRA: When we hear about China’s breakneck economic expansion, we often hear about CO2 emissions, or choking smog, or disastrous water pollution, or vanishing water supplies, or a dam project displacing millions of people, or vanishing wildlife, or contaminated food, or..

CURWOOD: OK, Peter, we get it. China’s got a lot of environmental baggage. I take it you’ve got more?

DYKSTRA: I believe I do. With so much of its population and urban growth and industrial activity along the coastline, it’s reported that China may have lost as much as 50 percent of its coastal wetlands to erosion, development, and reclamation projects to convert wetlands to farms, living space, or industrial facilities. One researcher said those losses could translate to both ecological disaster and real financial harm – billions of dollars in losses to fisheries and flood control, to say nothing of the harm to migrating birds and a lot more.

CURWOOD: And like so many topics, there’s no such thing as a free lunch, except maybe for those goats you mentioned. So hey, take us back for our weekly trip into the environmental time machine. What have you dredged up for us this week?

DYKSTRA: OK, this was big in my childhood, and big for a lot of American kids, but it was an absolute phenomenon in Japan. 60 years ago this week, “Godzilla” premiered in Japanese movie houses. 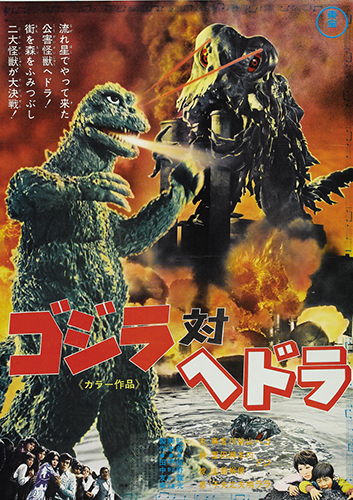 CURWOOD: And a movie genre was launched, all with environmental undertones.

DYKSTRA: Right, it was all about radiation, and specifically Godzilla was upset by US nuclear weapons tests in the Pacific. Remember this was 1954, only nine years after the end of World War II and Hiroshima and Nagasaki and atomic bombs were understandably a big deal in Japanese culture.

CURWOOD: But if Godzilla was mad at US nuclear tests, shouldn’t he try to destroy San Francisco or LA not Tokyo?

DYKSTRA: Spot on, Steve, I never figured that one out, either. But two things: first, there’s perpetual controversy on the Internet over whether Godzilla was actually a “he”. And secondly, he – or she – later became a hero instead of a villain. Notably in a 1971 movie when Hedorah, a hideous, smoke-belching blob of a monster tried to pollute Tokyo to death, and some young hippie environmentalists summoned Godzilla to literally clean up the town. Yes, Godzilla versus the Smog Monster was an environmental classic. And Steve?

CURWOOD: You think they should send Godzilla to China now?

DYKSTRA: Er, no, but could you please do me a favor and give all the people who think I’m making this up the web link?

CURWOOD: [LAUGHS] Peter Dykstra is the publisher of Environmental Health News, that’s EHN.org and DailyClimate.org. Thanks so much, Peter, for taking the time today.

DYKSTRA: Alright, Steve. Thank you and we’ll talk to you soon.

CURWOOD: And you can get a link to all the things we’ve been talking about – including Godzilla – at LOE.org.

Read the Duke study about goats and phragmites control

China’s coastal development is wiping out fish and birds

Godzilla versus the Smog Monster – The 1971 film’s imdb page.