Historic US & China Climate Accord 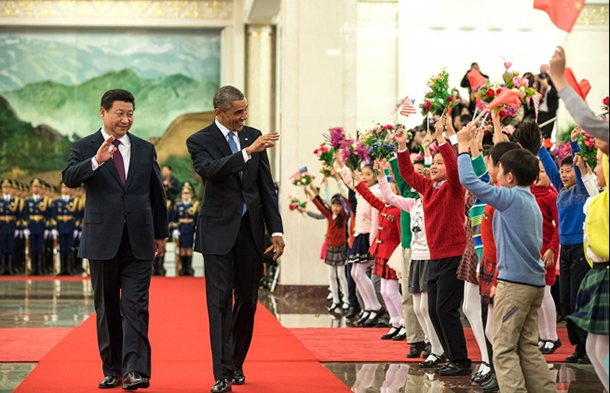 In an unprecedented move, US President Obama and Chinese President Xi announced ambitious mutual commitments to cut their nations' global warming gas emissions. Jennifer Morgan of the World Resources Institute and host Steve Curwood discuss the scope of the pledges and their implications for achieving a tough global agreement at UN climate negotiations in Paris next year.

CURWOOD: From the Jennifer and Ted Stanley Studios in Boston and PRI, this is Living on Earth. I’m Steve Curwood. We follow the progress - or lack of it - towards an international climate change agreement closely. But the latest stark UN science reports, and the hopes to hammer out a meaningful agreement by next year’s climate summit in Paris are giving the subject new urgency. And at the recent Asia Pacific meeting in Beijing, the two largest carbon polluters, China and the US, announced a startling new deal. The US will double its pace of cutting its global warming gas emissions in the next decade, and by 2030 or earlier, China’s emissions will start to fall. A long-time observer and participant in the UN talks is Jennifer Morgan of the World Resources Institute. Welcome back to Living on Earth, Jennifer.

MORGAN: Thanks. Great to be here.

CURWOOD: So how big of a deal is this?

MORGAN: You know, it's a really big deal. It's the first time that, first of all, that China has agreed to peak its emissions at an absolute level ever, and it's a big deal because President Obama has also continued to stay the course and to continue to decarbonize the US economy. And they've done it together, which I think is just this tremendous signal that the world's two top emitting countries have pledged cooperation in trying to solve this problem. It's a big deal. 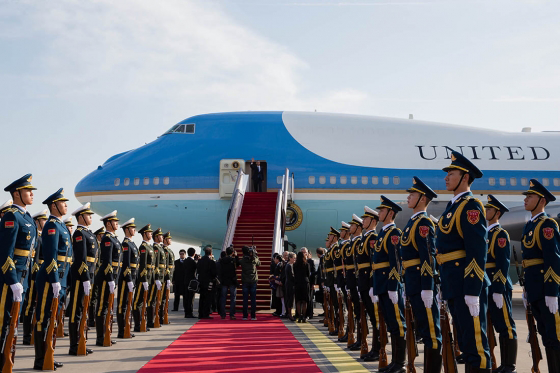 CURWOOD: Now, what exactly did President Xi commit to, and how does China get there?

MORGAN: He committed to a peak in their emissions by around 2030 with an intent to be as early as possible, so hopefully it will be more around 2025, and he also agreed to move their non-fossils, so their renewable, energy targets to a 20 percent share by 2030, which is quite a big lift as well. That's about as much renewables as non-fossils, that will include nuclear as well as they have in coal right now in China. How we'll get there...I think there's a couple of different measures they have in place. One is: they certainly have a good renewable energy law that I imagine that they will amend to ratchet up and meet these targets. They have pilot cap and trade systems happening across China, and they've said they're going to do a national cap and trade system by 2016. And they also have a discussion about capping their use of coal which is very important. They're doing that right now in a number of provinces and cities, and there's a discussion about doing that nationally. They have a tremendous air pollution problem along with climate change and so they're taking that quite seriously.

CURWOOD: So what exactly has President Obama committed to and how does the US get there? 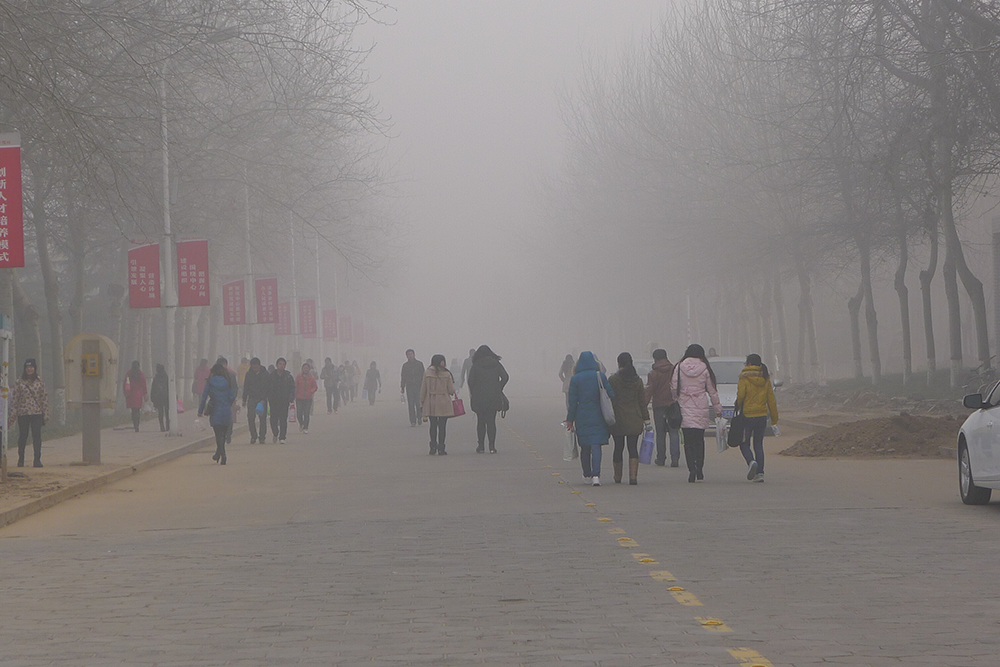 MORGAN: So President Obama has committed to a 26 to 28 percent reduction below 2005 levels by 2025, and he's committed to stick to that long-term goal of an 80 percent reduction by 2050, so a real transformation of the economy. He will get there through his own presidential climate action plan that he announced last year. He has the authority under the Supreme Court to move forward and regulate different sources of greenhouse gas emissions, so he's put in place a new standard for new power plants that means no new coal will be built. He's working on one for existing power plants. He's making the cars more efficient, appliances more efficient, so he needs to continue to move forward with that.

CURWOOD: President Obama's in office for two more years, but he now faces a Congress dominated by the Republicans, many of whom are determined to stand in the way of the EPA's power plant emission caps. How dependent on Congress is this deal?

MORGAN: Well, Congress is not all that involved in this because of the fact that this is done through the Clean Air Act, and is then a partnership with the states. The states have to put in place implementation plans about how they will meet these different standards. Congress, of course, could get in the way if they decide not to fund the EPA anymore or if they decide to try and shut it down, but as you know, that all has to go through the White House at the end of the day. So if they were to try and take such extreme measures, President Obama would need to show that he is really serious about this issue and use his veto power.

CURWOOD: I know you don't spend a lot of time on Capitol Hill, but what's your view of how unified the Republicans are on opposing climate action?

MORGAN: My sense is that there's a growing awareness across both parties of the impacts of climate change and what it means for various parts of the country, whether they're in Florida, whether they're in Virginia looking at sea level rise. My hope is that those impacts and the growing constituency and public call for action to avoid those costs will help open this debate. We need a bipartisan open debate about how to solve this problem together.

CURWOOD: Specifically, John McCain, a senior Republican has been quite vocal on climate action in years past. What role do you think he might play at this point?

MORGAN: Well, Senator McCain has indeed been a great leader in the past on climate change, and I think particularly his interest in security issues and his likely role there gives him a great position to be looking at the risks of climate change to the security of the United States, moving forward. Hopefully he can bring some of those science hearings that he called when he was chairman before, into the Senate moving forward.

CURWOOD: Now, how does the US pledge compare to previous commitments that America's made? 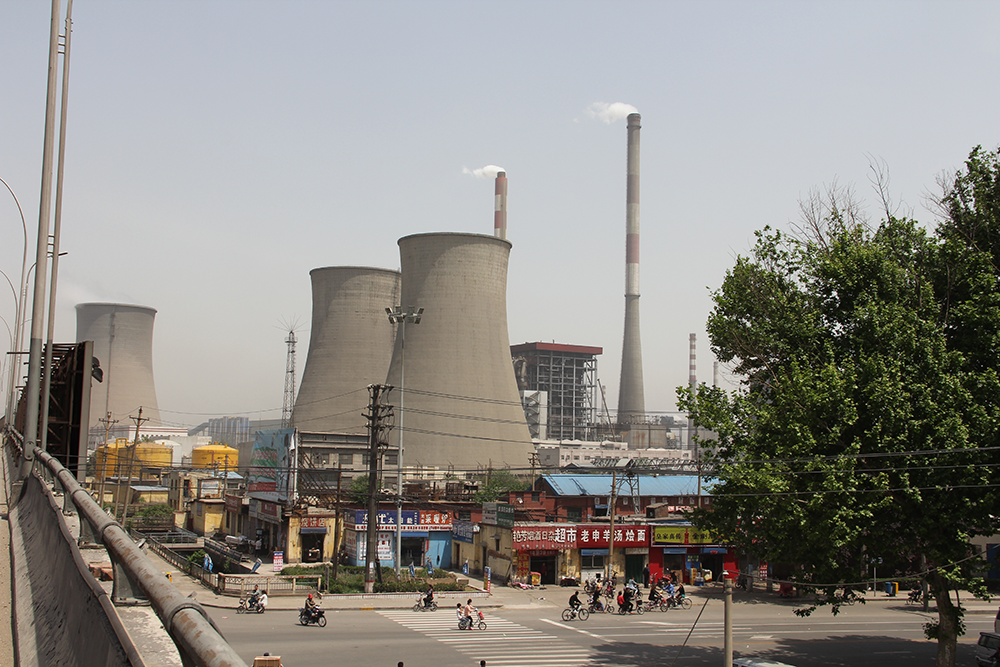 CURWOOD: How does China's commitment today compare to previous pledges it's made? 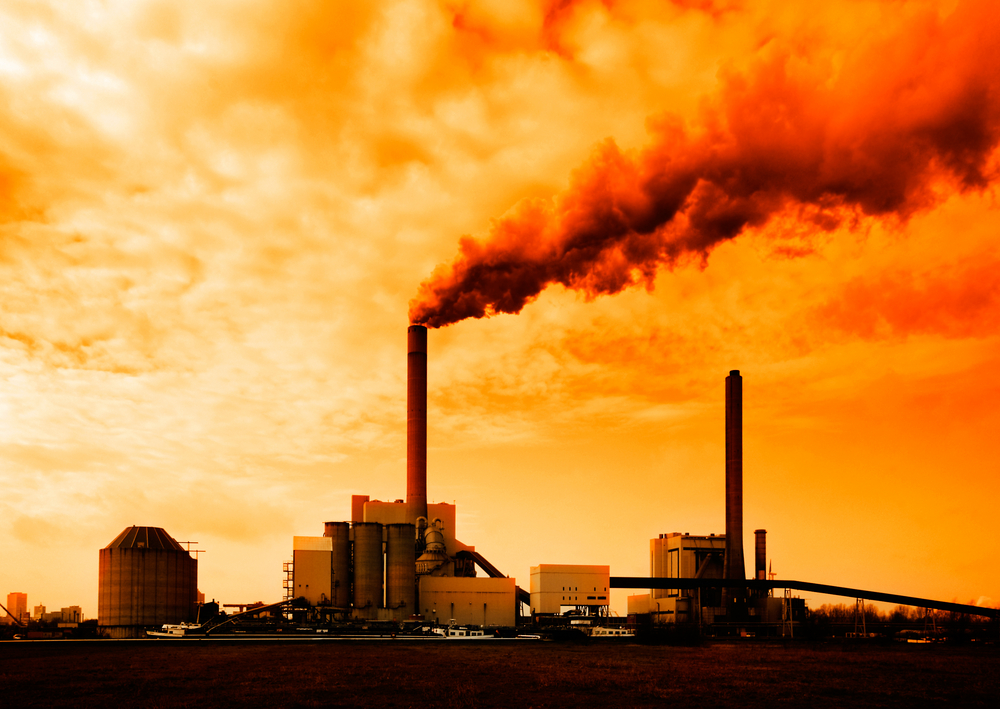 MORGAN: China in the past, its commitment in the Copenhagen agreement was to try and slow down the carbon intensity of its growth, but it didn't set an absolute target that it would then reduce from. It also had a set of measures around renewables and other non-fossil energy sources like nuclear. It had a forestry set of commitments moving forward and I think we might see some of those emerging still as part of the full contribution that China makes to the global community moving forward, but the big difference is this peak, which was quite unimaginable even just a couple years ago.

CURWOOD: So, some say that this deal really gives China a free pass over the next 15 years to ramp up emissions as long as they peak by 2030. How fair is that analysis?

MORGAN: I think it misses two points. One is that the commitment is, I think, closer to a 2025 peak, so it's a bit earlier than that claim, but the other thing that people need to realize is that China is indeed still developing in many parts of the country and so it is fair that China gets a little bit more time to shift its enormous economy into this direction. I think it's really the intent and the direction that matters, and that will take a huge effort to make that type of the shift occur.

CURWOOD: You’ve called for the need for China and the US, and I'm quoting here, to "race to the top," to cut emissions and lead the world and build momentum for the negotiations in 2015. What does this deal announced by the US and China mean in terms of the UN reaching a strong agreement on reducing emissions next year? 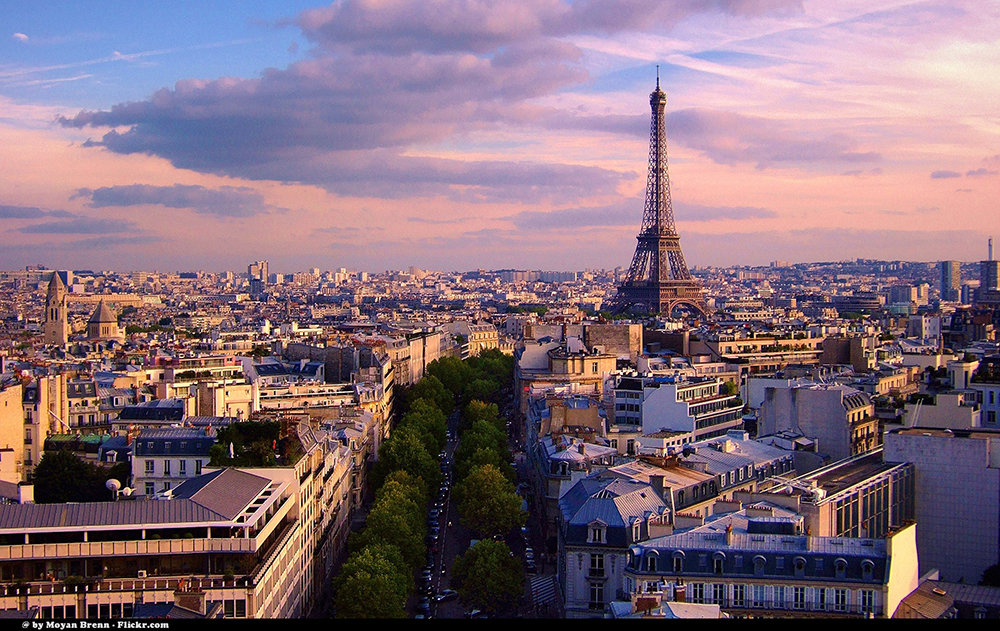 MORGAN: I think it is tremendously important. It puts Paris really on the map because these two leaders have stepped forward in the context of those UN negotiations to work together to both reduce their emissions and to strike an international agreement next year. It puts peer pressure on other countries to also step up and put their targets on the table. We've heard from Europe, but what about Japan? What about Australia? What about Canada? What about India? Many other countries still have work to be done, and it takes away this potential for other countries to hide either behind the US or China in saying they're not acting because China is not acting, or they're not acting because the US isn't acting. 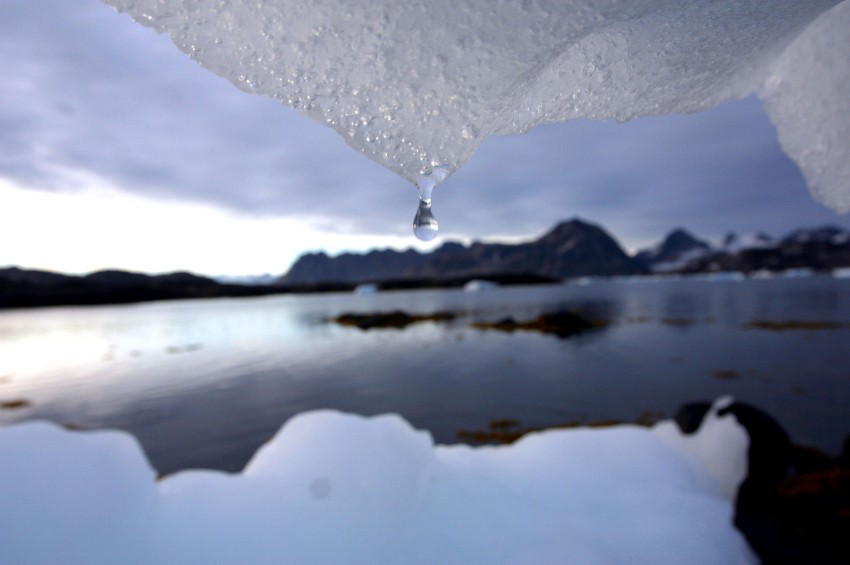 Since China and the U.S. together emit nearly half of global greenhouse gas emissions, a commitment to curb their emissions is seen as essential to limiting climate change. Morgan says that the pledges to cut carbon emissions put forth by Obama and Xi should spur other world leaders to follow suit. (Photo: klem@s; Flickr CC BY-NC-ND 2.0)

MORGAN: First of all, getting those pledges in place to support developing countries is important, and then looking at how this agreement can catalyze the trillions to be shifting into the low carbon economy. That's a big piece of work that needs to get done. I think the other one is really trying to build an agreement that's here to last and something with an architecture that every five years countries come back to the table and strengthen those commitments that they've put forward. There's lots of discussions about that, but getting that cycle right, getting the timing right, I think is more of an opportunity than an obstacle. And there's other countries out there that aren't as committed as the US and China are right now and so, you know, we need commitments from all major economies, and I think getting all of those in, in time, is a challenge as well.

CURWOOD: Overall, how do you think other countries are going to respond to this deal?

MORGAN: I think that just about everyone would like to see even more ambition coming from US and China, recognizing the challenging target of staying below 2 degrees, but it puts a bounce in the step, I think, of negotiators. 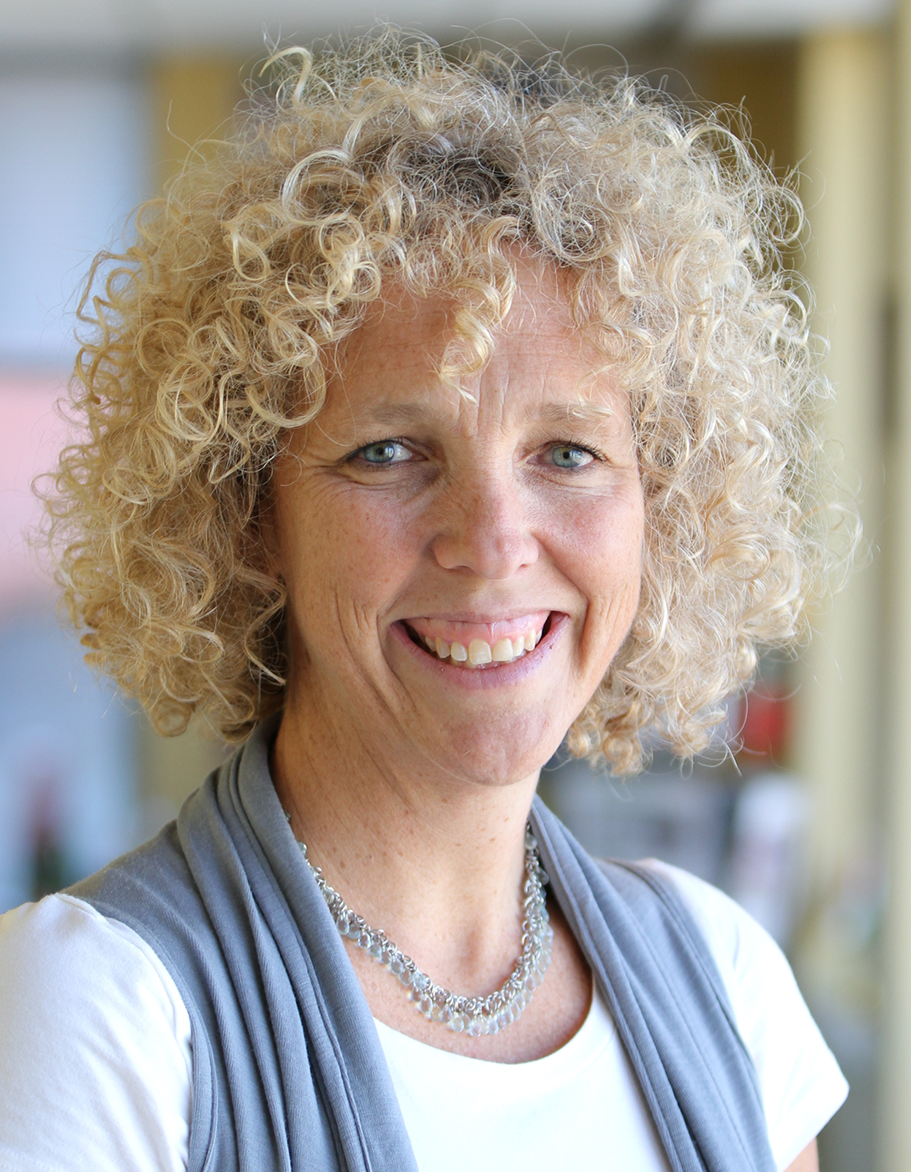 CURWOOD: Jennifer, you've been involved with the question of climate change and international negotiation for a long time. How you feeling today?

MORGAN: I'm pretty relieved, and I have to say that I was quite speechless. I think I was pretty speechless at the leadership shown to make this happen, and very clear that much more needs to happen, but I'm feeling a little bit later today, feeling that that we have a good chance of galvanizing the type change that we need to make a real difference.

CURWOOD: Jennifer Morgan is a Global Director of the Climate Program at the World Resources Institute. Thank you so much, Jennifer.

MORGAN: Thank you very much.

Listen to Jennifer Morgan’s analysis on the U.N. Climate Summit commitments in September 2014.