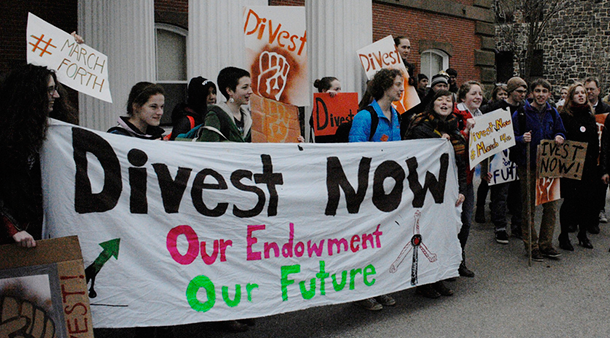 Students and faculty from over 500 universities globally are pushing their administrations and trustees to divest endowments from holdings in fossil fuel companies. So far, only a handful have committed to divestment. (Photo: James Ennis; Flickr CC BY 2.0)

Students and faculty from universities across the US have called for endowment divestment from holdings in fossil fuel; mostly to no avail. Legal scholar and commentator Evan Mandery tells host Steve Curwood about the disconnect between trustees and university communities, and the ethics of divestment refusal in the face of climate science.

CURWOOD: Students at Harvard Law School have sued the Harvard University Corporation for failing to divest its endowment from fossil fuels. The complaint charges “mismanagment of charitable funds” and “intentional investment in abnormally dangerous activities” and was filed in state court on behalf of seven students and “future generations.” This comes on the heels of hundreds of Boston-area college faculty calling on their schools to divest. City University of New York law professor Evan Mandery is a graduate of Harvard Law who has written about the resistance of Harvard President Drew Gilpin Faust and hundreds of other college trustees to divestment. Evan Mandery joins us. Welcome to Living on Earth.

MANDERY: Hi. Thanks very much for having me.

CURWOOD: So why aren't more schools doing what many other students are demanding, that is get rid of investments that promote the heavy carbon footprint?

MANDERY: Well, it's tough to answer, right, because university presidents are academics, and academics are overwhelmingly liberals, they're not climate change skeptics so it's hard to figure that out. I have guesses, but they're only guesses.

CURWOOD: Well let's talk about some of the guesses that you've written about. You point out that some university presidents say that endowments exist to support academic missions, such as scholarships and shouldn't be used as ammunition in a struggle for social change.

CURWOOD: So if they don't believe it, why do they say it?

MANDERY: I think a lot of it has to do with the fact that it's trustees that are making the decision as opposed to it being a university communitywide decision.

CURWOOD: And why would trustees be opposed to divestment?

MANDERY: The trustees aren't exactly a representative cross-section of the university. Trustees are disproportionately coming from financial industries. You're getting a lot of investment bankers, a lot of consultants, and I think there is an emotional component to this, I think it feels like a repudiation of what the trustees have done with their lives.

CURWOOD: Now, of course, some of the most important research on effects of fossil fuel emissions comes out of universities, places like Harvard, Yale. Why are these institutions opposed to growing their endowment in every way possible that supports not just the finance of that research, but what the research results tell us? 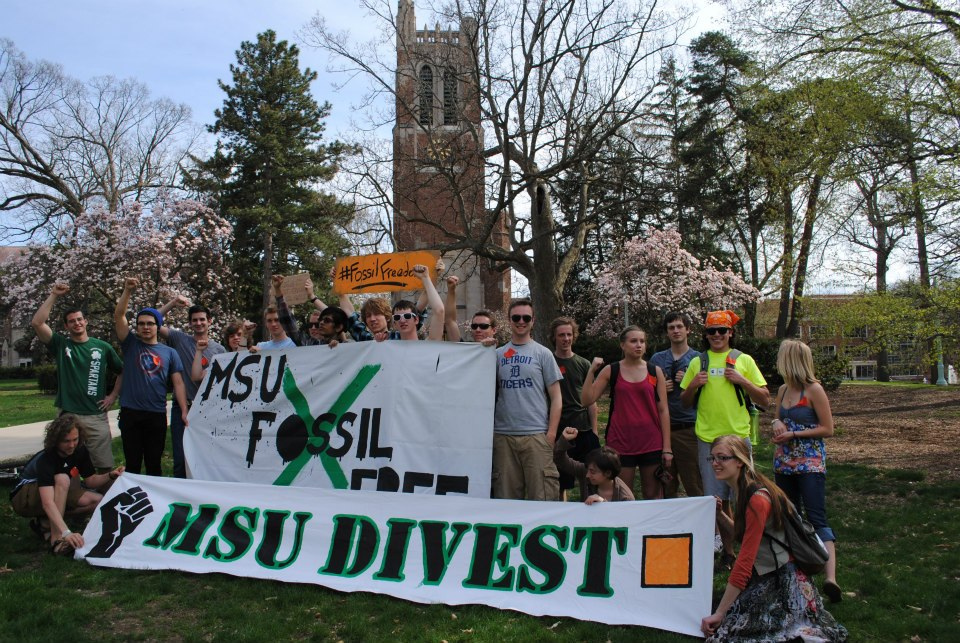 MANDERY: First of all, you're made an important point, which is, this isn't what professors are saying. Trustees are just an insulated minority that are making this group independent of students and faculty. I think there are almost 500 university movements to divest, so there’s really a gross disconnect between what these boards of trustees are saying and what the actual university communities are saying.

CURWOOD: Now, let's go back to one part of the money. How much would divestment actually cost?

MANDERY: Listen, there's no simple answer to that question. According to some research, which is actually done by a petroleum think-tank, approximately two percent of endowment assets are invested in fossil fuel related companies. By their estimates, they slightly outperformed other endowment investments during the past 10 years. By some other estimates actually, they slightly underperformed. But either way you're talking about pennies if they rid the endowment of these assets.

CURWOOD: One of the arguments for not divesting is that schools keep a seat at the table in these companies by the power to file or co-sponsor or certainly vote on shareholder resolutions. What do you think of that position?

MANDERY: Right, well that evokes to me President Reagan's position during the 1980s in favor of constructive engagement, it was his argument against American divestment from South Africa. So it would be interesting if some universities were very heavily invested in fossil fuels and actively voting their shares to make those companies more responsible to, say, encourage them to report on climate change or include environmentalists on their corporate boards, but none of the universities are actually doing that, so I don't actually understand why the argument is being raised.

CURWOOD: I wonder if at the end of the day, Evan, you see divestment by universities as an ethical issue?

MANDERY: I see it at the beginning as an ethical issue. I'm an alum of the College. I read the president's letter in which she says that the school has no ethical obligation, that it should maximize its return on endowment resources and use those to support the academic mission, it's not, in President Faust’s words, "it's not an instrument to propel social change", and I'm just shocked by that. We can all easily envision investments that universities can make that no one would tolerate, so if Harvard had money invested in a company that profited by using child labor, there isn't a single person who would think that that was defensible because Harvard was generating a greater return on its endowment or using that money to support financial aid. So it's striking to think that universities wouldn't have any ethical obligation in this context, but the idea that it's not even an issue on the table is extraordinary to me. 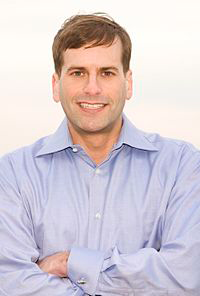 CURWOOD: What kind of traction do you see the divestment movement gaining?

MANDERY: Of course universities are going to divest! One thread of the negative responses to my argument is from climate change deniers, but that's not what's going on with universities. I don't believe - I've never met President Faust or or any of the other university presidents - I don't believe a single one of them doubts the science on climate change, and many of them in their letters refusing to divest say that they accept the science behind climate change and view it as ethically problematic, they just don't see divestment as a way to address it. But, man, oh man, they so grossly underestimate the symbolic importance that universities play in setting tones for moral debate. The question is whether they'll divest at a point where it'll actually lead to some good happening more quickly than it otherwise would have, or whether it'll just be a purely symbolic statement just because it would be a public relations nightmare if they fail to do so, which by the way is basically how the South African divestment story ended. Maybe if this were 20 years ago and we were still debating the science you can imagine universities being reserved in their approach. There's no such justification now.

CURWOOD: Evan Mandery is a Law Professor at the City University of New York. Thanks so much for taking the time with us today.

MANDERY: Thanks so much for having me. I enjoyed it very much.

More on the debate for endowment divestment on university campuses