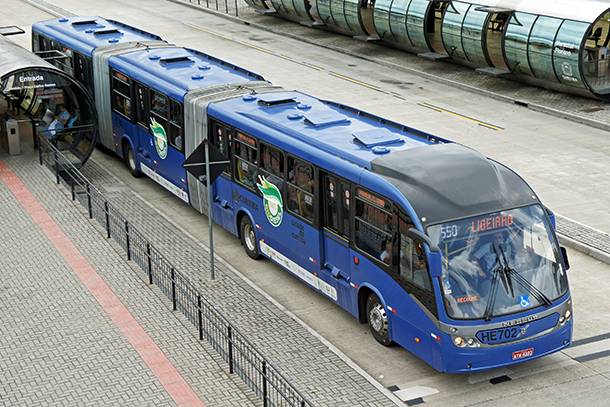 Curitiba is famous for their rapid bus transit system, which moves people like a train at a fraction of the cost. (Photo: mariordo59; Flickr CC BY-SA 2.0)

Curitiba in Brazil has been called “the best planned city in the world.” Host Steve Curwood speaks to Jaime Lerner, the former mayor who revolutionized Curitiba’s public transit system, cleaned up waste and the streets, about the kinds of public engagement that can make cities vibrant again. All it takes, says Lerner, is a pinprick.

CURWOOD: Some say the best-planned city in the world is Curitiba, the eighth largest metropolis in Brazil and the capital of the state of Paraná. And much of the credit goes to the the charismatic architect and urban planner Jaime Lerner, who was mayor of Curitiba three times and twice the governor of Paraná. The path to sustainable success he says is often found in doing simple things quickly that enhance the life of a city. Now in his eighth decade and retired from politics, Jaime Lerner has traveled the world and documented some ways various cities create pleasant and sustainable atmospheres in a book called Urban Acupuncture. And, if you want to improve your city, here’s some of his advice. 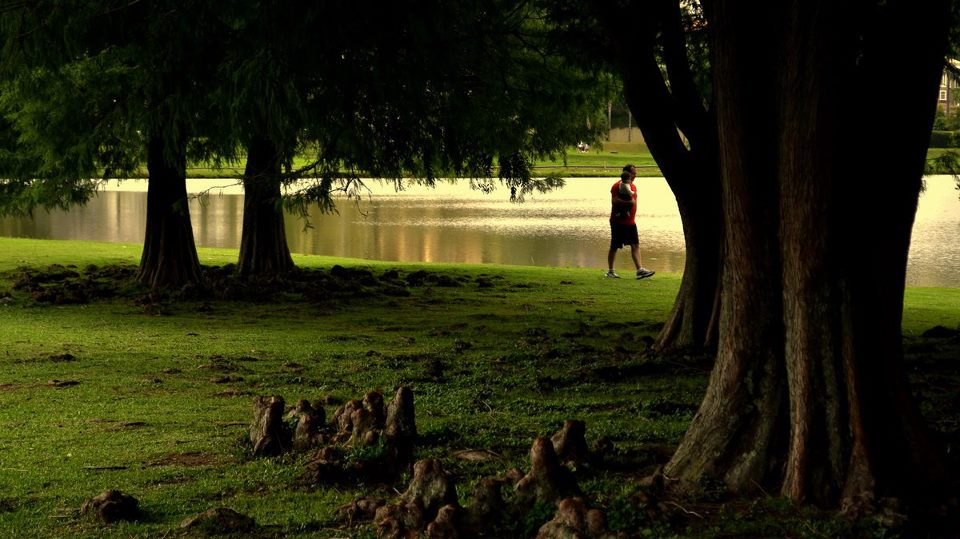 LERNER: Begin by drawing your city. Are you a regular customer of the stores and services facing along the street? Congratulations! You are now a citizen.

CURWOOD: Now your book isn’t so much a manual about how to make your city sustainable, more sustainable. It’s more an ode to those little things that make a city vibrant—pinpricks you call them. So why did you choose to write a book that focuses on these tiny, little details?

LERNER: I didn’t want to write a manual, because I wanted to provide the people the sense of what makes a city. I love a sign that I saw in Mexico City in a small square: “Better the grace of imperfection than the perfection without grace.” People, they have so many ideas and there’s so many things that can make people happier. I give an example. In my city we had a dentist. At the end of the week, Friday afternoon, he went to his window. He was good clarinet player, and he played a concert. 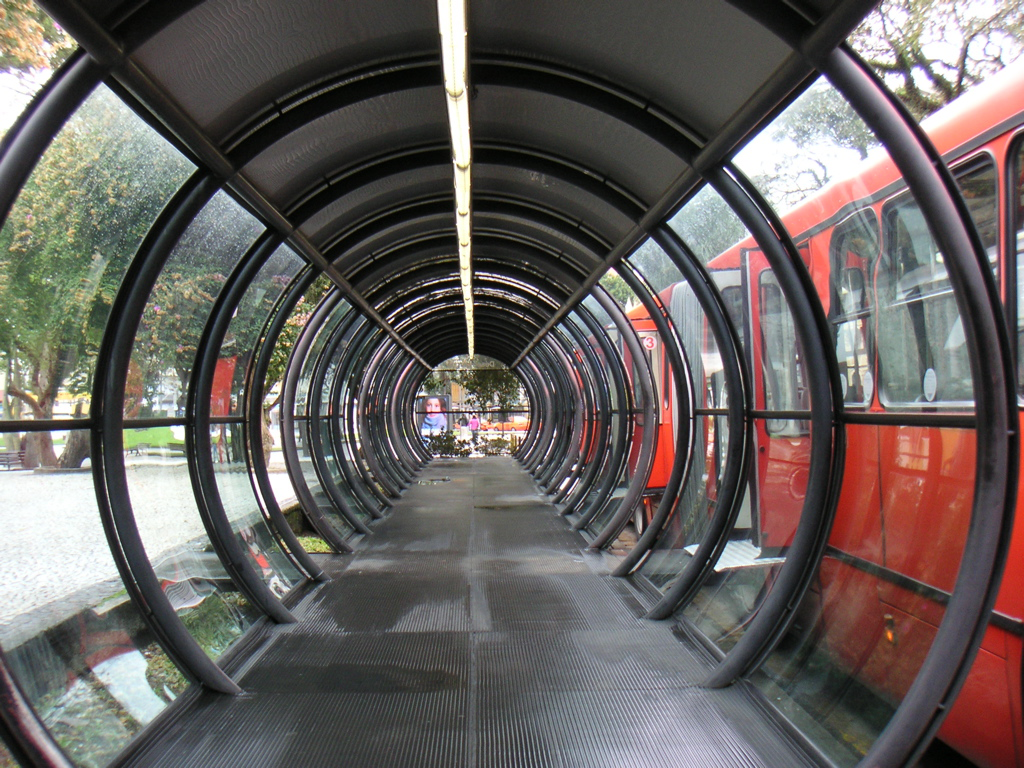 LERNER: And people, they knew that every Friday afternoon this guy is giving a concert of clarinet. It’s not about works; it’s about feelings, feeling a city.

LERNER: Sometimes to make a change in a city takes time. The process of planning takes a lot of time. Sometimes it has to take time, but you can through local interventions, pinpricks, you can start to give a new energy to a city, and you can do it very fast. In my city, when we realized that 75% of carbon emissions are related to the cities, and the half of the problem is the car, we made a big change on public transport. It was said at that time that every city that should approach one million should have a subway. We didn’t have the money for a subway and we started to think “What is really a subway?” It is a system of transport that has to have speed, less stops and good frequency. You shouldn’t wait more than one minute or two minutes. So we started to understand: “Why not on surface?” And in 1974 we started, one line, 50,000 passengers a day.

CURWOOD: That’s a lot of people. 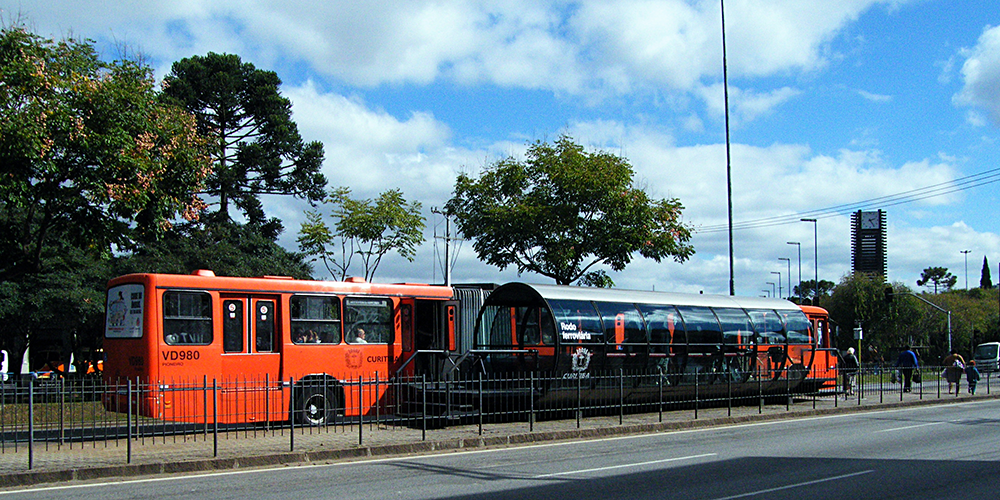 LERNER: Yeah and now we are transporting two million and 600,000 passengers per day, and the subway in London, three million people. And the cost: fifty times less per kilometer. We don't have to wait for money; too much money interferes. You can do it immediately and benefit people immediately.

[SOUNDS OF THE SUBWAY IN CURITIBA]

CURWOOD: Today in Curitiba, there are different buses including giant ones that can carry 270 people on the exclusive roadways where cars aren’t allowed. Passengers pay their fares as they enter a tubular shelter so when the bus comes, it doesn’t have to wait while someone fumbles for change. The Curitiba “speedy bus” is celebrated around the world as a model system for cities trying to do more with less to create attractive and rapid public transit. And to face both congestion and climate change, Jaime Lerner says we have to deal with our addiction to the car.

LERNER: I wrote a book twenty years ago for teenagers, trying to explain the city, and there was a character Otto, the Automobile. So I wrote: “Otto is a very egotist guy, a guy who comes to a party. And he only transports one or two or three people, and he came to a party, never wants to leave. And he drinks a lot and is sometimes very demanding person because every time more freeways, more freeways.” But the car is become the cigarette of the future.

CURWOOD: The cigarette of the future?

LERNER: Yes, because you know, when it started all over the world to forbid to smoke, nobody expected that reaction. I’m not saying you are not having a car. We still have cars for trips, for leisure, but for daily routine itinerary there’s only one way – public transport.

LERNER: I think a city has to give opportunity to everything, music, poetry. In my state it’s 399 municipalities. We didn't have money, for instance, for a small city of 4,000 people to have a theater. So what we did, we organized a cultural convoy with 10 buses, recycled buses. One bus was recycled for theater, the other for dance, the other for music, the other for opera, and they travelled all around the state during 5 years. We had an average of 1,500 spectators every night. Or another example, when I was governor we wanted to clean our bays – it’s very costly. What was our solution? It’s a question of co-responsibility. We made an agreement with the fishermen. If the fisherman catches the fish, it belongs to him. If he catches garbage, we buy the garbage. If the day was not good for fishing, they went to catch garbage, and the more garbage they catched, the cleaner the bay become. And the cleaner the bay is, the more fish they have. I’m sure that every city has such smart solutions.

CURWOOD: I asked Jaime Lerner to read a passage from his new book. 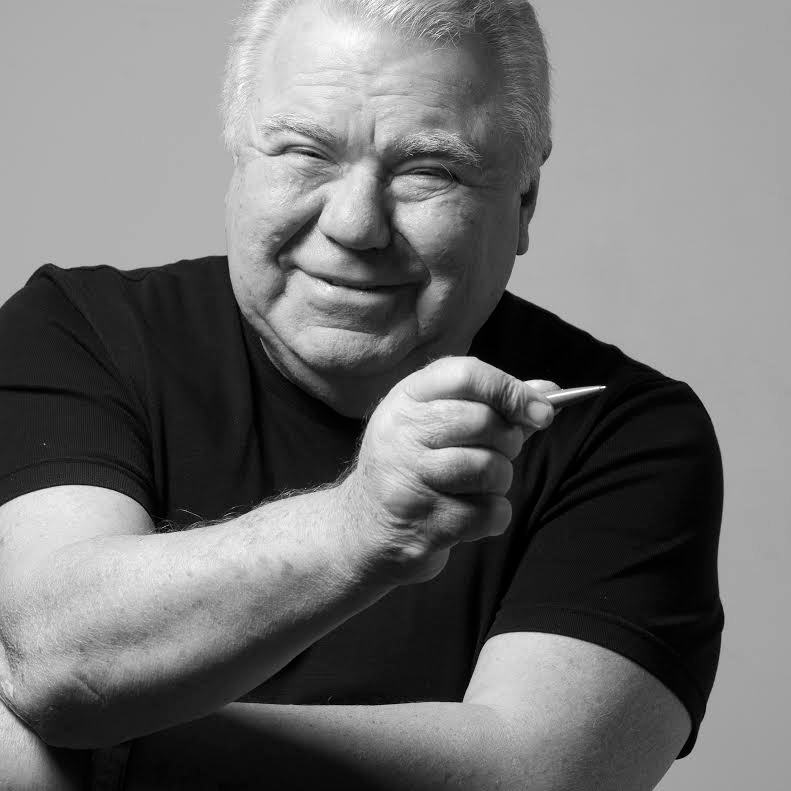 LERNER: The great city must have a silhouette. The color of the sea seen from the terrace of Amanda’s bar in San Juan, the dignity of Via dei Casaoli in Florence, the hazy mornings of my great Curitiba. I think of the Art Nouveau marquee of a building in Paris, in London, the grace of small scale, in New York, where you always have the feeling that you’re just starting out, an athletic blender of ideas where you’re alone in the company of everyone else. In short, every city should have a personality or a melody that flows, because the city that I think of now will be with me forever.

CURWOOD: Jaime Lerner thank you so much. Your new book is called Urban Acupuncture, Celebrating Pinpricks of Change that Enrich City Life. Thank you so much!

LERNER: Thank you, thank you.