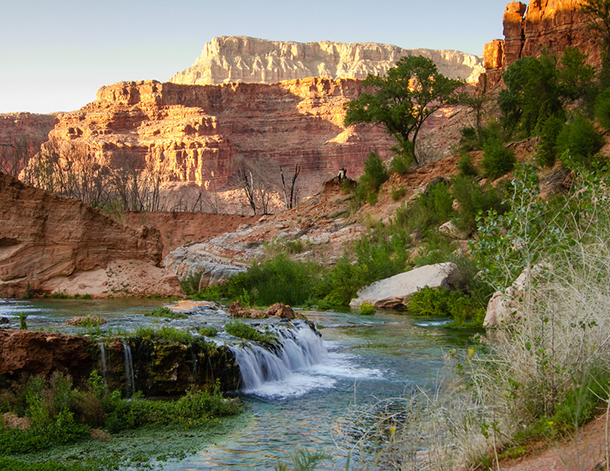 In this week’s trip beyond the headlines, Peter Dykstra tells host Steve Curwood about the successes of a giant defender of rivers, a clever scheme to expose predatory science journals, and the possible environmental connection between the Unabomber and his targets.

CURWOOD: It's Living on Earth. I'm Steve Curwood. We’ll head off for a look beyond the headlines with Peter Dykstra. He publishes Environmental Health News, EHN.org and the DailyClimate.org, and he’s on the line now from Conyers, Georgia. Hi, Peter, what caught your attention this week?

DYKSTRA: Well, hi, Steve, let’s start out with a tribute to a true American environmental hero, Martin Litton, who recently passed away at age 97. He was a giant, both literally and figuratively, and one of the few people anywhere who can say that they saved a river.

CURWOOD: And not just any river, Peter, but the Colorado, and also the Grand Canyon.

DYKSTRA: Right, Martin was arguably the last great founder of the modern American environmental movement, along with people like the late David Brower, and he and Brower battled against big dam projects in the Southwest. First an unsuccessful effort to stop the Glen Canyon Dam on the Colorado, but then they martialed the forces and political will to stop another dam that would have turned parts of the Grand Canyon into a lake. Martin was a reporter and editor, he was a World War II glider pilot, and he was a virtuoso river runner, taking wooden dories through the treacherous canyon, even once when he was 87-years-old. Litton went on to be a champion of protecting California’s redwood forests. I got to meet him once, and I knew I was talking to a hero. If there were an environmental Mount Rushmore, Martin Litton would be on it.

CURWOOD: Well, there must be a better way to honor environmental heroes than blowing up a mountain and carving people's heads into it.

DYKSTRA: You think of everything, Steve. Shall we move on?

Many reputable science journals exist that peer-review study submissions and publish quality research. However, a fair amount of predatory journals like the Journal of Computational Intelligence and Electronic Systems preys on scientists. Groups like these accept poor-quality scientific papers, even non-scientific writing, conduct a fake peer-review and publish them for a sizeable fee. (Photo: Wiley Asia Blog; Flickr CC BY-NC-ND 2.0)

DYKSTRA: Well here’s a cautionary tale from the world of science – not environmental science, strictly speaking - but a big lesson just the same. In recent years, there’s been a spate of online, for-profit, dubious scientific journals that have been accused of publishing almost anything as a scholarly work – as long as there’s a fee. There’s a rather clever engineer named Alex Smolyanitsky who set up a trap, sending a paper of absolute gibberish, authored by obviously fake authors from obviously fake universities, and guess what happened?

CURWOOD: One of these journals published it?

DYKSTRA: No, TWO of these journals published it. An online artificial intelligence journal, and an online nanoscience journal. The fake authors were two characters from the Simpsons, Maggie Simpson and the schoolteacher, Mrs. Edna Krabappel, along with a Mr. Kim Jong Fun. That didn’t raise any eyebrows with these journals. The three were said to be professors at fake universities – and that didn’t raise any eyebrows. And the publication itself made no sense, because the real author was a random text generation computer program, and that didn’t catch the eye of these journals, either. The fake authors were notified that their fake paper passed peer review and was published. They also got an invoice for $459, presumably to cover the costs of the fake peer review.

CURWOOD: Sounds like science fiction to me. What should the public make of this?

DYKSTRA: Well, it’s a scam, it’s not science. Make sure you’re skeptical and ask questions. You can also go to websites like retractionwatch, which monitors scientific integrity in published papers and journals. There are not only financial science scams like this one apparently is, but there’s also ideological abuse of science, my favorite example being “The Oregon Petition Project,” which denies the existence of climate change and drew thousands of signers. The sponsors were not very picky on which scientists signed on, however, and among so-called distinguished scientists listed on this early climate denial petition were the Spice Girls and the cast of the TV show M*A*S*H.

CURWOOD: OK, so I guess we need to be careful out there. Hey, take us back for a look at environmental history now please. 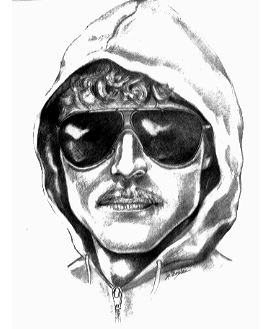 A sketch of the Ted Kaczynski (aka Unabomber) as commissioned and released by the FBI. (Photo: US Government; Public Domain)

DYKSTRA: I’ve got a sad and sorry story for you and it has a quirky ending. It was 20 years ago this past week that a package bomb blew up in a home in New Jersey, killing its recipient, Thomas Mosser. He was an advertising executive whose firm had some not so green clients. Mosser became the third fatal victim of the Unabomber. Dozens more were wounded or maimed by a series of bombings that ran from the late '70s to the mid '90s, until Ted Kaczynski, a mathematician turned madman, was arrested for the bombings.

CURWOOD: So Kaczynski picked his targets because he thought they were harming the environment?

DYKSTRA: Yeah. But as befits a madman, those connections were pretty remote at best. The Unabomber’s still locked up, and it’s still an awful story, but here’s the quirky connection: as famous as that house on a cul-de-sac in North Caldwell, New Jersey became, some TV producers took note of the house next door, which became the fictional TV home of another violent guy, Tony Soprano.

CURWOOD: So, I guess both truth and fiction can be pretty strange.

DYKSTRA: I guess so.

CURWOOD: Peter Dykstra is the publisher of Environmental Health News, that’s EHN.org and the DailyClimate.org. Thanks so much, Peter.

DYKSTRA: Thanks a lot, Steve, we’ll talk to you soon.

Read about Thomas Mosser, his clientele and relation to the Unabomber.