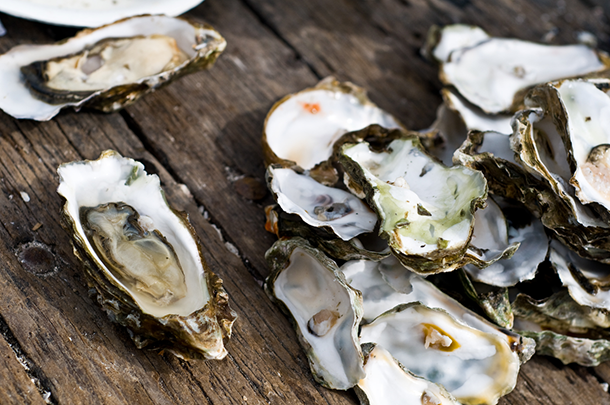 In this week’s trip beyond the headlines, Peter Dykstra tells host Steve Curwood about how time ran out for an oyster farm, the death of an iropneering environmental chemical watchdog, and a young activist who lived in a redwood tree.

CURWOOD: Now we'll head off to discover what’s happening beyond the headlines. Peter Dykstra’s our guide. He publishes EHN.org, Environmental Health News, and the DailyClimate.org. He’s on the line from Conyers, Georgia, now. Hi, Peter.

DYKSTRA: Hi, Steve. There’s a story that’s been playing out this year that shows how honest efforts to protect the environment can still end up in a train wreck. The participants in that train wreck: A federally-protected estuary, a decades-old organic family farm business, federal regulators, and lurking in the background, world-class chefs and the Koch Brothers.

CURWOOD: Wow, that’s quite a cast of characters, how did they all come together?

DYKSTRA: Not very comfortably. The Lunny family raises grass-fed beef and prized oysters on their spread inside California’s Point Reyes National Seashore. When the feds created the Seashore in the 1960’s, they allowed some commercial entities, including the oyster operation, to stay open, but half a century later those agreements have expired and the Interior Department told the Drakes Bay Oyster Company they’d have to close up.

CURWOOD: So is there a bad guy in this episode?

DYKSTRA: I don’t think so. The Interior Department gave the Lunny family a grace period that lasted for decades, but battled them in court because they felt if they made an exception for this sustainable operation, they’d be buried in court cases from businesses maybe not quite as admirable as the Drakes Bay Oyster Company. The Lunnys fought to keep their business, drawing endorsements from the likes of Alice Waters, the renowned pro-environment sustainable chef and many other high-end chefs and foodies. They also brought in legal power for a lengthy court battle, taking some guilt-by-association heat for retaining a firm that once served the Koch Brothers, regarded by many environmentalists as villains par excellence. To me, it’s a case where nobody’s wrong: The Interior Department did what it had to do, and the Lunny family did what any business would do.

CURWOOD: But they didn’t both win.

DYKSTRA: The Lunnys are planning to open a gourmet restaurant now that the oyster farm is gone; the Feds lost a few environmentally-minded friends, the foodies lose a source of what one writer called “slimy but delicious bivalves,” but maybe the only saving grace is that a beautiful stretch of coastline called the Drakes Estero, is one step closer to being wild again. 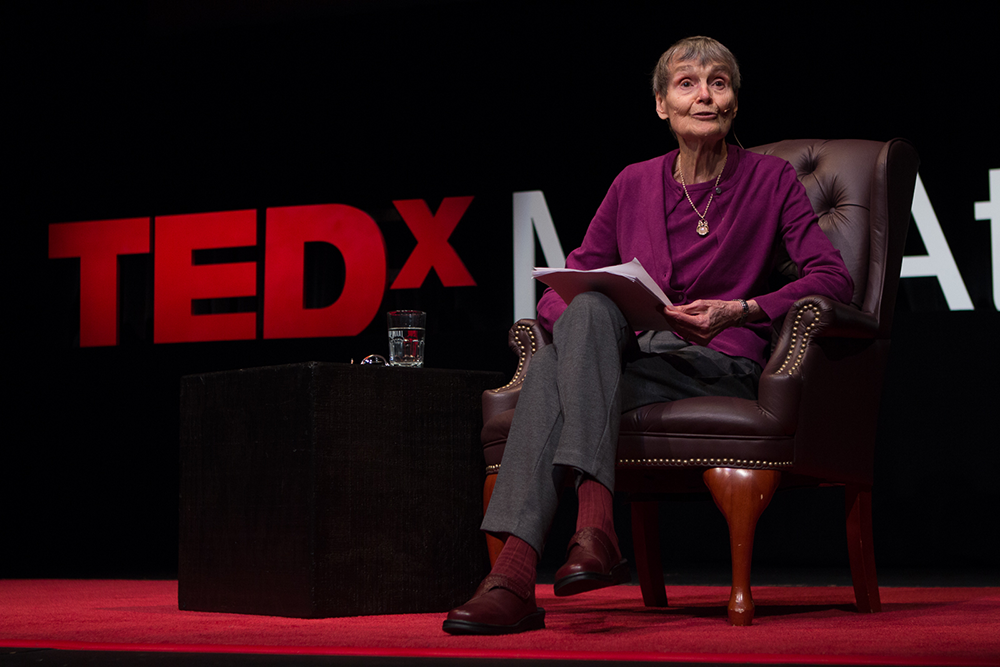 CURWOOD: So a little good news, even from an environmental train wreck. What’s your next item?

DYKSTRA: Not-so-good news, on someone worthy of a tribute. Last week we paid respects to the late Martin Litton, a hero of the modern environmental movement. This week, a woman regarded by many as one of the heroes of environmental science, Theo Colborn, passed away at age 87.

CURWOOD: Yes, we’ve had Theo on the show over the years. She pioneered much of the science on the risks that some chemicals pose to our reproductive and immune systems as well as our brains.

DYKSTRA: Right, the so-called endocrine-disrupting chemicals like bisphenol-A, which is often found in plastic or metal food containers. Still a subject of some furious debate among scientists, not to mention a huge amount of industry pushback. Theo won the respect that science pioneers often do, and has been compared to Rachel Carson, and like Rachel Carson, she withstood some furious political attacks. Unlike Rachel, she lived long enough to see much of her work confirmed and vindicated by other scientists. Late in life, she turned her attention to the potential risks from the swarm of chemicals used in the fracking process.

CURWOOD: And those fracking chemicals are still shrouded in mystery. What have you brought us from the environmental history vault this week? 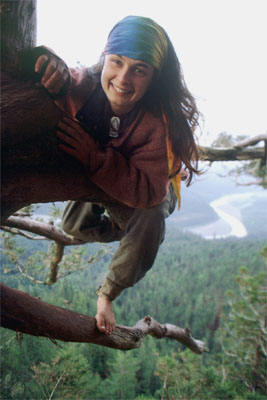 For 2 years, Julia Butterfly Hill lived in the canopy of a Northern California redwood tree, protecting it from being cut down. (Photo: Scott Schumacher; Flickr CC BY-NC-SA 2.0)

DYKSTRA: Back to Northern California: It’s hard to believe that it was fifteen years ago this week, but an activist named Julia Butterfly Hill moved out of the pad she’d lived in for the previous two years.

CURWOOD: And as I recall, literally it was some pad – a platform near the top of a Coastal Redwood tree.

DYKSTRA: Yeah, two years earlier, Julia, twenty-three years old at the time, became the center of attention when she climbed up the 180-foot tree in a symbolic protest to save it in a redwood forest scheduled to be logged. She endured some harassment and some pretty cold soggy Northern California weather, living in the tree for two years and eight days, climbing down after she’d turned twenty-five because she’d won concessions from the Pacific Lumber Company. She named the tree “Luna,” but after both she and the tree became worldwide symbols, somebody took a chainsaw to Luna, cutting about 60 percent of the way through the trunk.

DYKSTRA: Because. Sorry, that’s the best answer available. Julia was making a point, so I guess somebody thought this was an appropriate counterpoint. Arborists were able to save the tree with steel braces and cables, and it’s still a mighty and symbolic redwood today instead of being somebody’s patio furniture. And Julia Butterfly Hill’s activism also continues but at ground level.

CURWOOD: Peter Dykstra is the publisher of the DailyClimate.org and Environmental Health News, that’s EHN.org -- thanks a lot Peter!

DYKSTRA: Thanks, Steve, talk to you soon!

Feds evict the Lunny family from Drake’s Estero in California to protect the area.

Remembering the late environmental hero, Theo Colborn, and her work

Recounting Hill’s environmental activism and time in a redwood tree