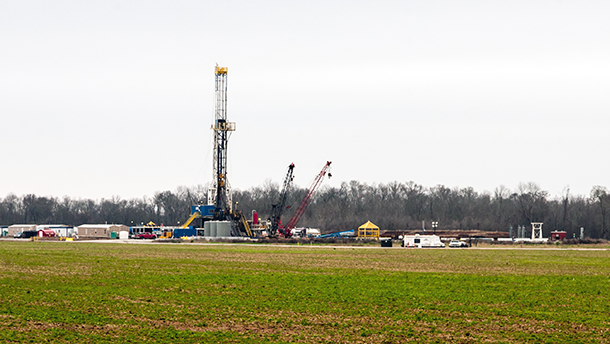 The fracking boom, in part, has caused stocks for coal companies such as Peabody Energy and Arch Coal to plummet in recent months. (Photo: Daniel Foster; Flickr CC BY-NC-SA 2.0)

In this week’s trip beyond the headlines, Peter Dykstra and host Steve Curwood discuss the volatile US energy market and the fiftieth anniversary of President Lyndon B. Johnson’s message to Congress that laid out environmental issues still of concern today.

CURWOOD: It's Living on Earth. I'm Steve Curwood. Time to take a look beyond the headlines. Peter Dykstra’s our guide, as usual. He’s with Environmental Health News, that’s EHN.org and the DailyClimate.org. He joins us on the line now from Conyers, Georgia. Hey there, Peter, what interesting stories did you find this week?

DYKSTRA: Hi, Steve. Let’s start with the ever-changing world of energy. Really you’d have to go back a hundred years – to the big oil booms in Texas and Oklahoma and then in the Middle East to find such a volatile energy picture.

CURWOOD: But, uh, gasoline down to two dollars a gallon or less – I don’t think consumers are complaining, Peter.

DYKSTRA: No they’re not, but it’s not as simple as cheap gasoline being “All That.” How we power our homes, our cars, our factories and our politics are all changing on an almost weekly basis.

CURWOOD: And I suppose a lot of this has to do with the fracking boom, right?

DYKSTRA: Absolutely. You can love oil and gas fracking for its economic surge, you can hate it for its climate and environment implications, but either way, you have to acknowledge that fracking is everywhere.

DYKSTRA: Exhibit A: Fracking is driving the U.S. coal industry crazy. Stocks for big coal companies like Peabody Energy and Arch Coal are plummeting, just last week, more mine closures and layoffs in some of the poorest parts of West Virginia. Low prices for natural gas are pricing coal-fired electric power plants right out of the market. They’re also beating up on renewables like wind and solar – they’re growing, but against some strong economic headwinds, no pun intended. And let me return to the resolution of an item we discussed a few months ago from the Living On Earth society page.

CURWOOD: And that would be…?

DYKSTRA: Harold Hamm, the billionaire who led the rush on fracked oil and gas in North Dakota – said to be worth about eighteen billion dollars – tried to appeal his record-setting billion dollar divorce settlement when his net worth and income projections dropped due to the low energy prices. Well, he and the former Mrs. Hamm ended up working it out.

CURWOOD: So I guess the fracking boom is even coming back to bite the frackers. So, Peter, that was Exhibit A. On to Exhibit B, please. 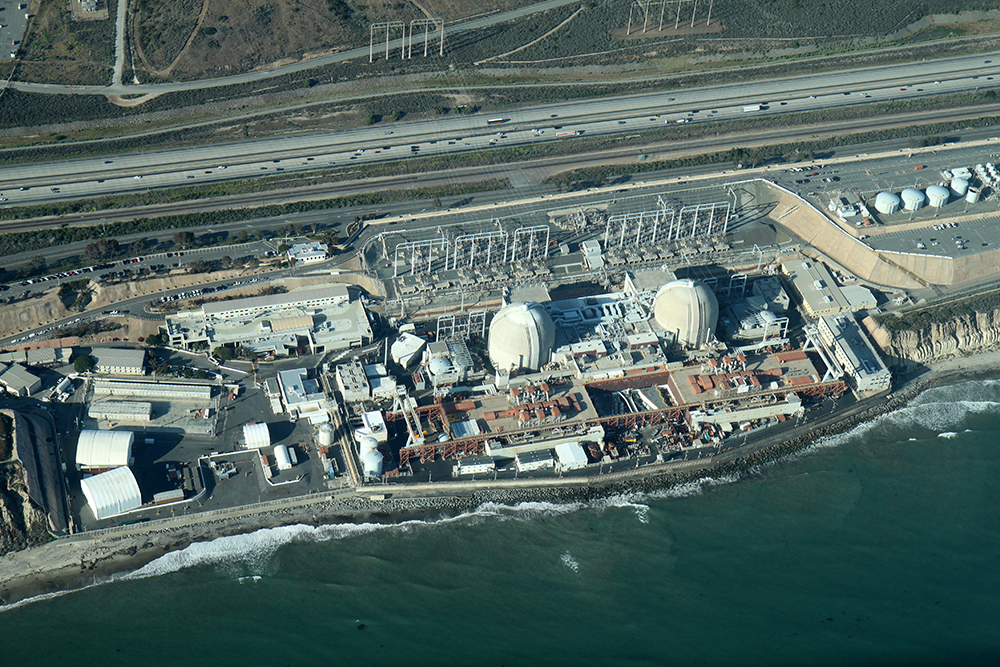 Low energy prices as a result of the fracking boom have also impacted the nuclear energy sector, leading to the shutdown of nuclear power plants across the country. (Photo: Jelson25; Wikimedia Commons CC BY-SA 3.0)

DYKSTRA: Another place where the low energy prices are hitting home is with the U.S. nuclear industry. In the past couple of years, aging nukes have been shut down in Florida, California, Wisconsin and Vermont as they get more expensive to maintain and less competitive with natural gas power plants. New nuclear plants on the drawing board for Maryland, Florida, Texas and elsewhere have been dropped, and the only current nuclear construction projects are struggling with delays and cost overruns.

CURWOOD: But wait a second, we still get, what, close to twenty percent of our power from nukes. Does that mean the industry is just too big to fail?

DYKSTRA: As in a bailout? Well, there are more nuclear plants on the brink of closure in Ohio, Illinois and New York, and in all three places, electric utilities are appealing to state governments to re-structure electric rates to give these nukes a shot at survival.

DYKSTRA: Ratepayers, of course! Wouldn’t it be cool if public radio and nonprofit news shows could just hang the cost on listeners like this? You might be richer than Harold Hamm, Mr. Curwood!

CURWOOD: Yeah, I’ll get back to you on that one! So do you have some history for us this week, Peter?

DYKSTRA: Indeed I do. My colleague Marianne Lavelle wrote a piece about the Fiftieth Anniversary – this weekend – of the first time an American President made public mention of CO2 and its impact on the climate. That President? The old tree-hugger himself, Lyndon Baines Johnson.

CURWOOD: You know, of all the things that happened in the Sixties during LBJ’s presidency, Peter, I gotta admit climate change would be one of the last that I’d think of. 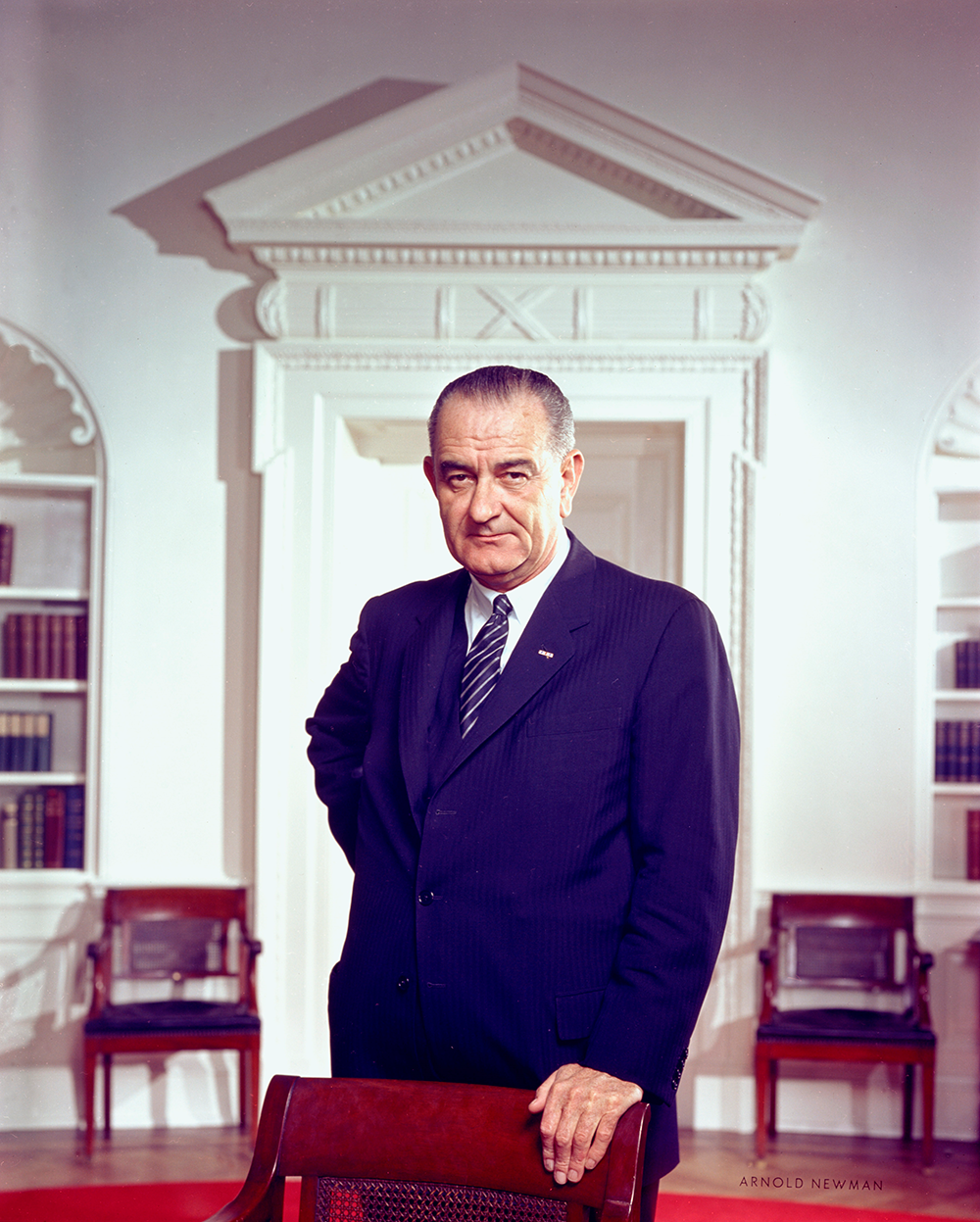 DYKSTRA: But on February 8, 1965, Johnson sent a Special Message to Congress – it was a written message, no speech – and President Johnson said this: “This generation has altered the composition of the atmosphere on a global scale through radioactive materials and a steady increase in carbon dioxide from the burning of fossil fuels.”

CURWOOD: Huh, so it’s been fifty years since the Most Powerful Man in the Free World has told us we’ve got a problem...

DYKSTRA: ...and now we have a bigger problem. Something else remarkable about that message from LBJ: He pretty much ran through the entire environmental agenda for the rest of the 20th Century to this day: toxic waste, air and water pollution, parkland, pesticides, and more.

CURWOOD: So what do you think gave LBJ such a good long-term view?

DYKSTRA: Well, he listened to scientists. What a concept!

CURWOOD: What a concept indeed! And you can find these stories, LBJ’s remarkable message and more at LOE.org. Thanks a lot, Peter.