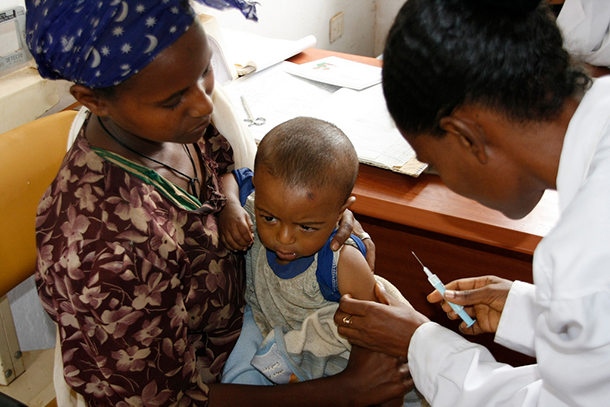 The anti-vaccination movement, against medical advice, has contributed to the rise in rates of nearly eradicated diseases like measles. (Photo: DFID- UK Department for International Development; Flickr CC BY 2.0)

In this week’s trip beyond the headlines, Peter Dykstra tells host Steve Curwood about how the public tends to distrust scientific findings that come from an authority like the government; Oklahoma has become the earthquake capital in the US; and the Society of Environmental Journalists celebrates its 25th birthday.

CURWOOD: It's Living on Earth. I'm Steve Curwood. Let’s peer beyond the headlines now, with Peter Dykstra. He’s with Environmental Health News, that’s EHN.org and the DailyClimate.org. Peter joins us on the line now from Conyers, Georgia. Hi there, what struck your fancy?

DYKSTRA: Hi, Steve, well, not to be insensitive, but I never thought I’d have so much fun following the impact of a hundred or so cases of measles.

CURWOOD: Well, you’re right, that’s not a standard form of recreation, so where's the fun?

DYKSTRA: The fact that a disease we thought we’d eradicated by vaccination is making a little comeback and of course there’s nothing fun about that by itself. But you have to laugh at how we sometimes want no part of what scientists tell us. When they tell us Ebola has little chance of being a threat to the US, millions of us freak out anyway. When the scientists say that maybe we should freak out a little over climate change, millions of us see it as a hoax or a sinister plot.

CURWOOD: Yeah, but are you saying that there’s a vast and sinister connection between denying the science on vaccinations and Ebola and climate change?

DYKSTRA: No, of course there’s no conspiracy, just a consistent, very unfortunate tendency in human nature to keep repeating the same mistakes. The best story I’ve seen on this lately comes from Joel Achenbach, writing in the National Geographic. He argues that people just don’t like having other people – particularly when those people are in the government – tell us what to do. And he throws in a couple of other epic examples. The first one, fluoride in our water. The fluoridation thing was a key element in the plot of the movie “Doctor Strangelove” 51 years ago. And if you think measles are fun, you should try a movie that starts a nuclear war over fluoride paranoia. But also two years ago, voters in Portland, Oregon, rejected an attempt by the city to fluoridate its water. It’s the fourth time that Portlandia has turned back fluoridation due to the mistrust of adding fluoride to water supplies despite ample evidence of its health benefits.

CURWOOD: Well, Peter, I do know in the case of fluoride there are also legitimate studies raising questions about risks as well as the benefits.

DYKSTRA: Correct, but here’s another one that is literally from outer space: the indestructible belief among some folks that NASA faked those moon landings.

CURWOOD: I'm laughing at that one. I mean you don’t even need rocket science to figure that one out, and I know Buzz Aldrin gets upset when people say he faked his walk on the moon.

DYKSTRA: Well, funny thing about all that. Buzz Aldrin IS a rocket scientist as a matter of fact, but he’s on record as saying he has doubts that humans have caused climate change. 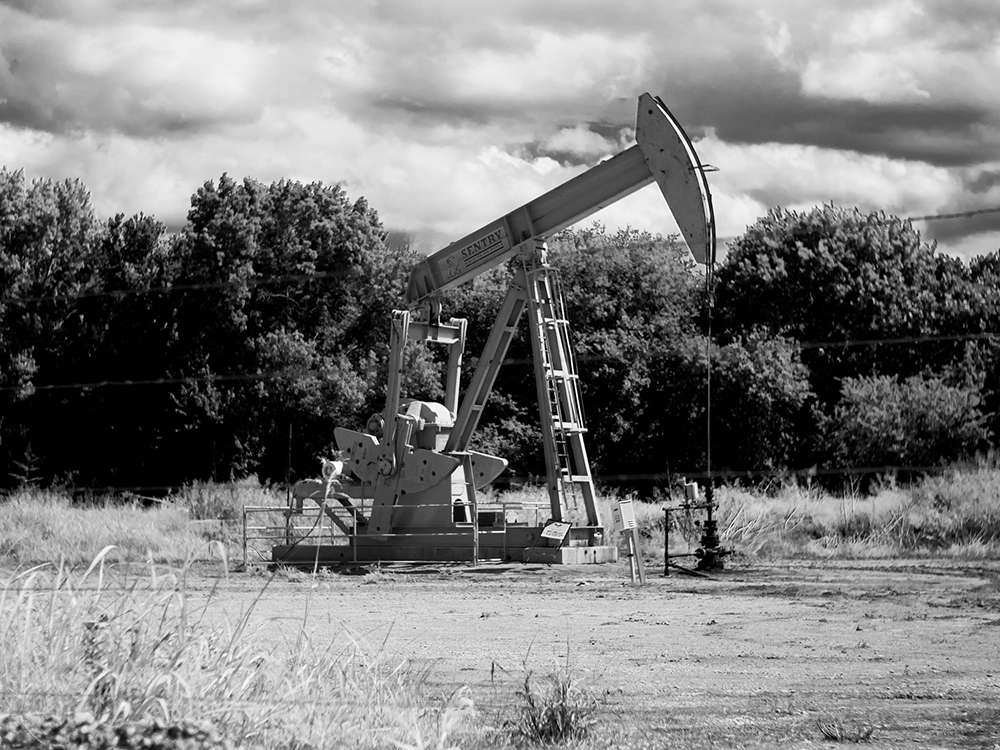 Injection of wastewater near fracking sites in Oklahoma has led to a dramatic increase in the number of earthquakes the state has experienced. (Photo: Public Herald; Flickr CC BY-NC-ND 2.0)

CURWOOD: Oh, my. What else do you have this week?

DYKSTRA: [SINGING] Ooooh-kla-homa, where the wind comes sweeping down the plain. They now have it going on underground, too. Scientists have tied the practice of injecting fracking wastewater into the ground to a sudden uptick in earthquakes in places like Ohio, which doesn’t have much of a seismic history. But in Oklahoma, it’s more of a swarm than a sudden uptick: the state had three times as many quakes in 2014 as the traditional champion, California.

CURWOOD: And what’s the level of concern about causing damage from these quakes?

DYKSTRA: Some of the quakes have edged up into the 4.0 range, that’s when they begin to see damage to buildings. A new study this week by the Oklahoma Geological Survey looked at two counties in the north central part of the state where injecting fracking waste into the ground has grown five-fold. In 2011, there were no earthquakes in Grant and Alfalfa Counties. Last year, there were 177.

CURWOOD: You don’t say. So, what's shaking on the environmental calendar this week?

DYKSTRA: A self-interested 25th birthday shout-out to an organization that’s central to what we do here. The Society of Environmental Journalists turns 25 this weekend.

CURWOOD: And you and I Peter are both members and participants...

DYKSTRA: ...and for good reason. These are not easy subjects to cover, and SEJ brings together a lot of smart, hard-working people to swap experience and information. They have a great annual conference, this year in Oklahoma, America’s new earthquake capital. And can I reach back into the annals of SEJ history to tell the story of their birth, and how Sam Donaldson was a major inspiration?

CURWOOD: Yeah, man, go for it!

DYKSTRA: Well, Sam Donaldson of ABC News was a TV news star back then, king of the White House beat. But when he left the beat at the end of the 1980’s to host a weekly show called “Prime Time Live,” a reporter asked him if he was in fact being demoted, and in his legendary deep baritone voice Sam said “No.” It wasn’t a demotion and to drive home his point about what a major journalism demotion would be, he said, “No one’s shifting me to the ecology beat.”

DYKSTRA: So a lot of environmental journalism experts took that as a sign that they better stick together to get some respect and SEJ was born on Valentine’s Day, 1990.

CURWOOD: So, happy birthday, and happy Valentine's Day to SEJ. There's more on all these stories at our website, LOE.org. Thanks, Peter!

Oklahoma worries over swarm of earthquakes and connection to oil industry

Oklahoma had three times as many earthquakes in 2014 as California

A study in Oklahoma’s Grant and Alfalfa counties: Earthquake numbers have grown 5-fold

The Society of Environmental Journalists