Pond Scum May Be Associated With ALS and Alzheimer's 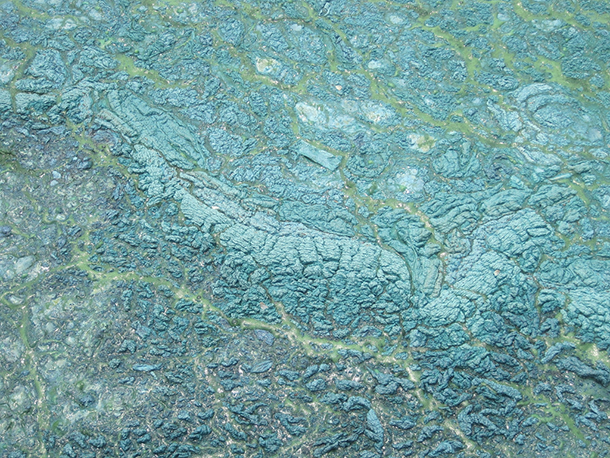 Blue-green algae is actually a type of bacteria that proliferates due to excess nutrients in streams and lakes. It can be toxic to humans and animals and may be associated with liver and neurological disorders. As University of Montreal biologist Zophia Taranu (Taran-YOO) tells host Steve Curwood, these poisonous bacteria are blooming more frequently in waters around the world as the world warms.

CURWOOD: And now, algae’s bad and ugly side - pond scum. It isn’t just a summer nuisance. New international research led from Canada suggests that blue green algal blooms are growing around the world and could threaten our health. Indeed, last August, authorities in Toledo, Ohio banned residents from drinking their water due to excess levels of a toxin produced by algae in Lake Erie. And some scientists are suggesting an association of the increase in blue green algae with diseases ranging from liver tumors to Alzheimer’s and other neurological disorders. Zophia Taranu is a Biologist at the University of Montreal and the lead author of a new paper in Ecology Letters. Welcome to Living on Earth.

TARANU: Thank you very much.

CURWOOD: So, first off, what is blue-green algae?

TARANU: So, blue-green algae is actually a bacteria that produces a blue-green pigment. More recently, we called them cyanobacteria.

CURWOOD: Huh. So why did we think that they were algae?

TARANU: Because they have a lot of the similar characteristics as algae or phytoplankton, but what differs is that they don't have membrane bound organelles that would make them algae.

CURWOOD: So, you looked at this bacteria to see how it's doing around the world. Tell me about your study?

TARANU: So the motivation behind our study was that there has recently been an increased attention in the media and also people living around lakes that there was possibly an increased occurrence of these blue-green algae or cyanobacteria in lakes. But we didn't know whether or not it was a true increase or if people were just paying more attention, and there's also the suggestion that we, with global warming and changes to the land use that we are creating these opportune conditions for an increase in cyanobacteria. As so our study was really motivated to try and quantify whether or not cyanobacteria are increasing over time. 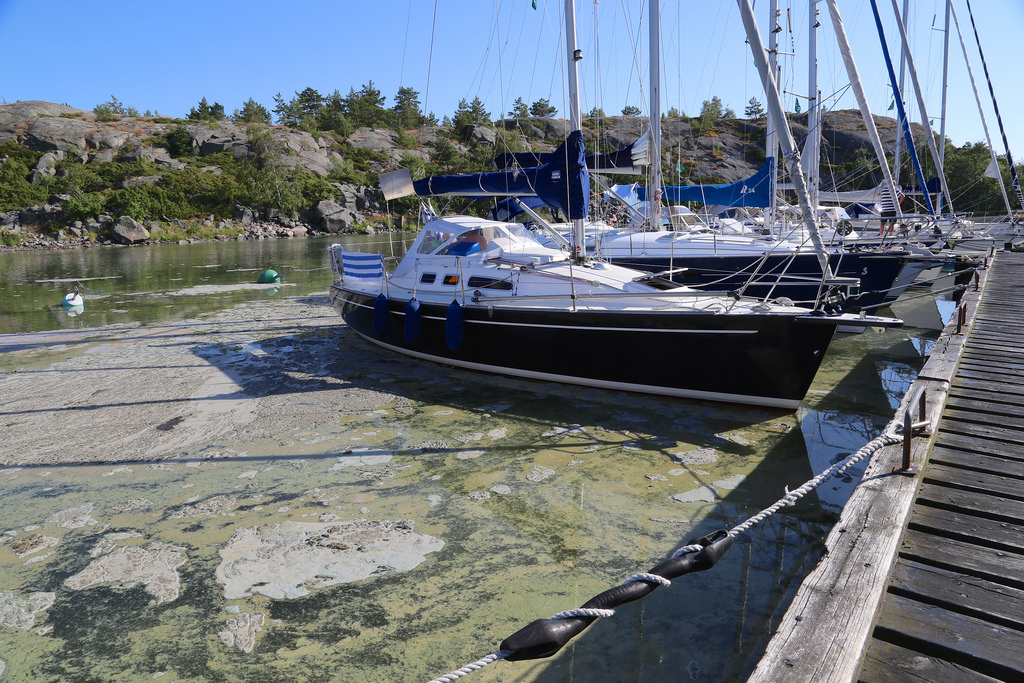 TARANU: So we found that over the past 200 years cyanobacteria have been increasing significantly, and that the increase was accentuated or accelerated since particularly the 1960s and this coincided with that changes in modern agricultures, so the application of fertilizers and also coincided with increases in the global temperature.

CURWOOD: Now, what you suppose is causing this global rise all around the world in blue-green algae or actually it's bacteria.

TARANU: So what we found in our study and has being shown at local scales as well is that the increase in fertilizer coming from the land into lakes is driving this increase so, cyanobacteria do really well when the concentration of phosphorus and nitrogen, these nutrients that we are applying on the land are high and they can outcompete phytoplankton during those conditions.

CURWOOD: Yes, I'm thinking the summer of 2014, Toledo, Ohio had to stop drinking water from Lake Erie because of a bloom like this. What happened there?

TARANU: That particular bay has a lot of agriculture land nearby so there is more of a loading of nutrients that happens. And typically cyanobacteria forms these blooms or these scums on the surface water, and what happened in Lake Erie in 2014 was that there were strong winds that recirculated the blooms towards the bottom waters which is where that filtration plants take their water supplies and so basically there was these toxic blooms that make their way into the water supply. 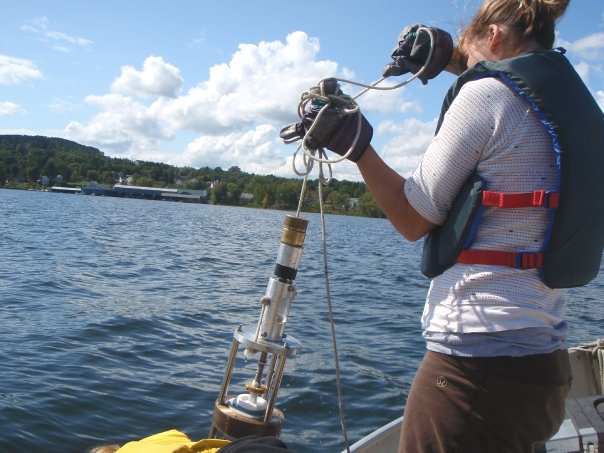 CURWOOD: So what are some impacts of cyanobacteria on our health?

TARANU: Some of them not all cyanobacteria produce toxins, but when they do bloom there is a higher occurrence of toxins being produced, and so in some cases, for example, there's been instances where livestock and pets that consume lake water that had blooms that were toxic died as a result. Typically humans don't consume lake water that has blooms in them because it has a bad taste and odor problem, so there's no known report of deaths of humans, but there is still that toxic effect. When you have direct contact, you can have skin irritations or gastrointestinal discomforts, from swimming in the water and being in contact with the blooms. More long-term effects could potentially be related to the fact that the most common cyanobacteria produce these liver toxins so it can have liver tumors that produce over a longer-term scale, but this is still speculative. There has also been studies that have correlated whether or not residents who live close to a lake and the occurrence of certain neurodegenerative diseases. This latter link is still really controversial in the literature, and something that I think we need to look into more closely into future years. The truth is we don't actually know if that link is present or not.

CURWOOD: What kind of neurological disorders are suspect?

TARANU: So some studies have linked it to ALS for example, and they found that residents that live closer to lakes, there is a correlation or higher occurrence of ALS, but because it's a correlation, it doesn't imply causation, so there could be other factors, for example, living nearby agriculture fields that have fertilizer applications or being in a large city with other environmental issues that could be a play. So even though it's a correlation we don't actually know if it's a cause.

CURWOOD: So, ALS, what other disorders?

TARANU: There was one study, for example, in Guam, around 2003 that found a certain population that consumed bats that themselves consumed the trees that had a symbiotic relationship that produced cyanobacteria. And within these patients they found symptoms that they said were descriptive of neurodegenerative diseases such as Parkinson's and Alzheimer's, so the symptoms were comparable and in the cerebral tissues of the patient had died of these neurodegenerative diseases they found what they call a bioamplification of the cyanobacteria protein. But to the best of my knowledge that's the only known case of this amplification. 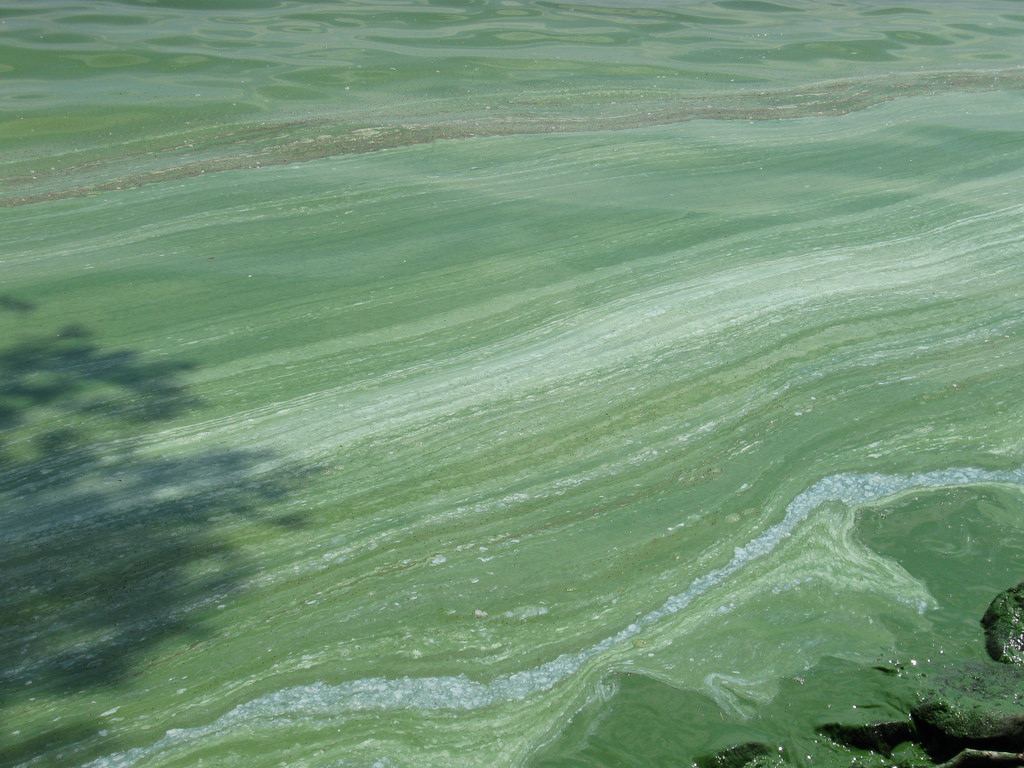 CURWOOD: So what are the steps you think we need to take to reduce the amount of the cyanobacteria in our waterways?

TARANU: The two dominant factors that we found in our study: the most important one was the loading of nutrients from agricultural land or the concentration of nutrients in lakes. There's also climate warmings. I think climate warming is a bit of a harder issue to tackle, and people are trying to work on this continuously. The overuse of fertilizers in the agricultural land is probably something that will be more easily tackled in future years because we're currently applying... in about 70 percent of croplands across the world we're applying phosphorous in excess of need and so the quota and the mitigation needs to be applied at that end as we saw that as the primary driver of cyanobacteria.

CURWOOD: Zophia Taranu is a Biologist at the University of Montréal. Thanks so much for taking the time with us today, Zophia.

TARANU: Thank you very much for having me.