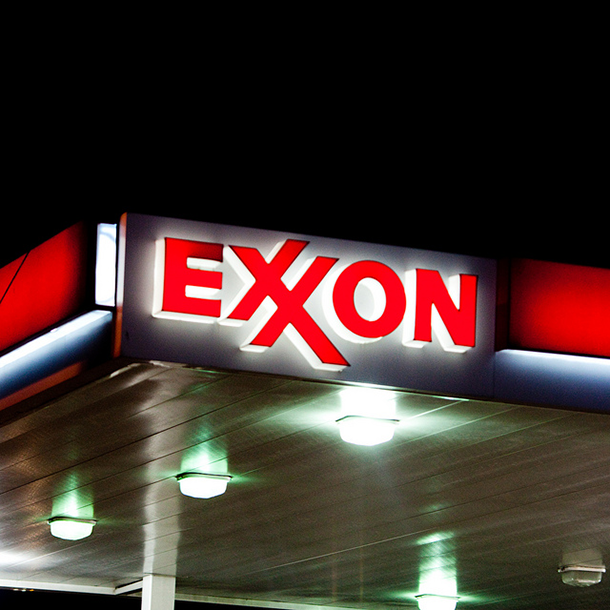 The New Jersey’s Chris Christie office is settling an 11-year-old pollution lawsuit against Exxon Mobil Corp. for a fraction of what it originally sought – just three cents on the dollar. (Photo: Thomas Hawk; Flickr CC BY-NC 2.0)

In this week’s trip beyond the headlines, Peter Dykstra tells host Steve Curwood about pollution lawsuits that settle for too little, a climate change documentary that went viral in China, and a bat that roosts in Monty Python and the Holy Grail’s famed castle.

CURWOOD: Time for our weekly trip beyond the headlines. Peter Dykstra has been exploring that universe. He’s with the DailyClimate.org and Environmental Health News, that’s EHN.org. He’s on the line from Conyers, Georgia, now. Hello, Peter, what was remarkable this week?

DYKSTRA: Hi, Steve, two of the easiest targets for political humor in this country are lawyers and New Jersey.

CURWOOD: Ah so I take it we’re going back to your ancestral home?

DYKSTRA: Briefly, as the latest example of how difficult it is to pursue environmental lawsuits, particularly if the defendant has deep pockets. In a lawsuit filed 11 years ago, the state of New Jersey sought $8.9 billion dollars from Exxon Mobil for wetlands destruction and contamination around the Bayway refinery, just south of Newark Airport. That’s just by that section of the New Jersey Turnpike where you have to roll the windows up.

CURWOOD: Oh, yeah. That really stank down there. That was the stuff of legend.

DYKSTRA: Well, Exxon no longer owns the Bayway refinery, but a judge had already ruled that the company is liable. All that remained in the case was for the court to decide whether Exxon owed the full $8.9 billion. But New Jersey abruptly settled with Exxon, taking the decision out of the judge’s hands, and they settled for $250 million - about three cents on the dollar.

CURWOOD: So no one ever got near Exxon’s deep, deep pockets.

DYKSTRA: Correct. And the state has also given itself the right to use most of that smaller settlement not on environmental cleanup, but however it sees fit. As of last year, there’s a budget provision saying New Jersey can divert anything over $50 million from an environmental lawsuit to things like plugging holes elsewhere in the state budget. They did exactly that with a recent $190 million settlement over contamination in the Passaic River. Want a couple of other shining examples of failure in environmental litigation?

CURWOOD: Go ahead. Sure.

DYKSTRA: In 2003, Monsanto agreed to a $600 million dollar settlement for PCB contamination in Anniston, Alabama. Lawyers with no PCB exposure got 39 percent of the money, including the late legendary Johnny Cochran whose law firm pulled down $40 million. Those PCB-exposed victims got an average of $9,000 dollars from the settlement, and after the 1989 Exxon Valdez oil spill, victims waited over two decades for compensation. One-sixth of them had died before the checks were mailed. And of course, the 2010 BP spill in the Gulf of Mexico is still playing out in both civil and criminal court.

CURWOOD: And I imagine those checks will be a long time coming in the mail. What’s next?

DYKSTRA: Investigative environmental reporting and a viral video in China. Chai Jing is a former news anchor who produced “Under the Dome,” a documentary on the sources and consequences of China’s massive pollution problems. She went into her own pockets to fund the production, and it managed to both escape censorship and draw a 100 million online views in its first seventy-two hours. Can you imagine getting millions of viewers on an environmental video here?

CURWOOD: No, I can't. Do you think it could be the same kind of wake-up call for China that Rachel Carson’s Silent Spring, about the environmental effects of pesticides was for America?

DYKSTRA: We'll see. The Chinese government may or may not fully block the video. At the time, we recorded this, they only took the step of discouraging further reporting on it. But 100 million viewers means that it's already out of the bag.

CURWOOD: Yeah, and people here can link to the Chinese pollution video and all our news at our website LOE.org. What’s on the history calendar this week?

DYKSTRA: I’ve got a weird one for you. 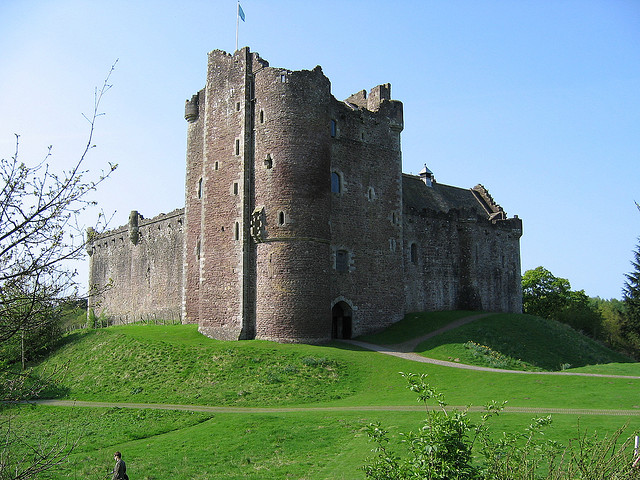 Scotland’s Doune Castle, where scenes of Monty Python and the Holy Grail were filmed, is home to a small population of Pipistrelle bats in the wintertime. (Photo: alialliallie, Flickr CC BY-NC-ND 2.0)

DYKSTRA: Whatever. The pipistrelle is a bat species found in Scotland, but for years, no one could figure out where these tiny winged mammals hang out. But in 2008, seven years ago this week, a shocking discovery by our radio friends at the BBC. One of the favorite roosts for the pipstrelle is Doune Castle, built in the 13th Century, restored in the 1880s, and in 1975, briefly occupied by John Cleese in Monty Python and the Holy Grail as he and other French soldiers hurled insults at King Arthur.

CURWOOD: So the pipistrelle and Monty Python share the same habitat?

DYKSTRA: Well they did at least briefly, but Doune Castle has become a tourist attraction for four different reasons: bat lovers, history buffs, scientists and Monty Python fans. Years earlier, the castle was used in the movie “Ivanhoe,” and recently, it was a TV backdrop for “Game of Thrones.”

CURWOOD: But not for Batman?

DYKSTRA: Well, there have only been seven movies so far, so give it time.

CURWOOD: Peter Dykstra is with Environmental Health News, that's EHN.org, and the DailyClimate.org. Talk to you soon, Peter!


“Administration Reportedly Settles $8.9B Exxon Lawsuit In A Hurry – For Only $250M”

Excerpt of Language from 2014 Budget