Nicaraguan Canal Could Be Environmental Catastrophe 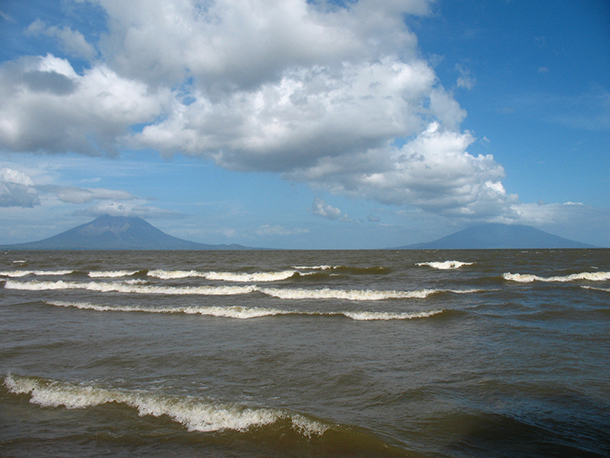 The Nicaragua Canal would go through Lake Nicaragua, one of the largest lakes in the Americas (photo: Robert Blackie; Flickr CC 2.0)

The Panama Canal has been the only shipping route through the Americas since it was built in the 1890s. Now a Chinese company has a concession to build a competing canal through Nicaragua, but biologist Jorge Huete-Perez warns host Steve Curwood the project could have serious consequences for the people and environment of Nicaragua.

CURWOOD: The Panama Canal is only route through the American Continent for cargo ships. But that could soon change, as Chinese business have been granted a concession by the Nicaraguan government to construct a competing canal through that small Central American country, crossing the mighty Lake Nicaragua in the process. But the idea to build a canal through Nicaragua is not new.

HUETE-PERÉZ: The first people that suggested about this canal that needed the connection between the Caribbean and the Pacific were the Spanish. That was 500 years ago. But then we've had other world powers very interested in that, including the English, Holland, Belgium, even Napoleon had an interest in this canal.

CURWOOD: That's Professor Jorge Huete-Pérez, Director of the Molecular Biology Center at the University of Central America in Managua, Nicaragua. Professor Huete says information about the Chinese company running this project is hard to come by.

HUETE-PERÉZ: We don't know much about this company. What we know is that they don't have much experience in terms of construction. So it came as a surprise, knowing that the Nicaraguan government has decided to give them a concession for 100 years. The concession is actually not just for the canal construction but is a big combo. There are about eight projects, and all of them are really large infrastructure projects. It includes projects that don't seem related to a wet canal, such as infrastructure for tourism. And it's also difficult for us to analyze because there's also not much public information about all of these projects.

CURWOOD: Professor Huete, how far along are we in this process? Have they broken ground?

HUETE-PERÉZ: Well, they started the project last December. It was a grandiose celebration, but what they've done is mostly that big opening. As a matter of fact, all they have is like 20 people widening the road that they need to get to ports. So it's more like a propaganda thing that they did last December. However, what people are saying is that this is a big symbol because what they want to tell us is that they are going to go ahead with a project in spite of them not having any environmental or social studies performed or finished. And people are very concerned because there's not much information, there's no transparency and there's no public debate regarding all these issues. 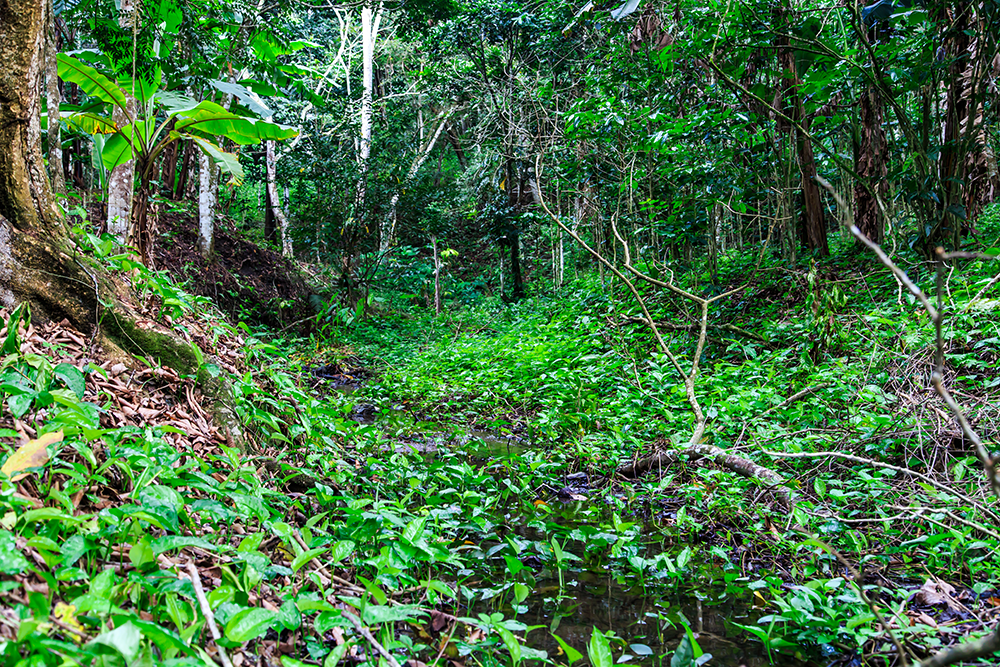 The construction of the canal would need to break through several sensitive rainforests (Photo: Bigstockphoto)

CURWOOD: Now, please describe the route of the canal that is being proposed. Where would this be built and how big would it be?

HUETE-PERÉZ: So you know it's a very large project. It is about three times as large as the Panama Canal. If we go looking at the map from the Pacific all the way to the Caribbean, it's about 20 kilometers between the Pacific Ocean and the lake, then you go through the lake about 100 kilometers and then you come out at the center of the country and then you have to find a way to get to the Caribbean.
So the problem you find there is that you have to go and break through very important world-recognized wetlands, and you have to go also through to very special forests in the Caribbean, and there's no way they can avoid those forests, so they're going to have to break through and that's a very serious concern.

CURWOOD: What are your concerns from an environmental perspective? What's at stake here?

HUETE-PERÉZ: Well what is a very wealthy country in terms of biodiversity. We have around 7 to 8 percent of the world's biodiversity in Nicaragua. There are more than 70 different ecosystems. Just in the lake we would have more than five different ecosystems in that mass of water. So in terms of conservation, Nicaragua is a very important place, and you have to remember that Nicaragua is also a very important point for the Meso-American biological corridor, which is a corridor set to conserve the biodiversity of the area. Now as you can imagine, by building this canal, the construction itself is going to produce a lot of damage in the lake and all the other areas where it's going to go through. Regarding the forest, we have calculated that at least 20 to 25 different species that are a threatened species will be affected by the construction of this canal.

CURWOOD: Now, what about Lake Nicaragua itself? It's, what, one of the largest lakes in the western hemisphere. How concerned are you about water pollution?

HUETE-PERÉZ: What scientists are thinking is that this is very important for the future. So far, people drink from that water. They use it for households. People use the lake for fishing especially the small poor communities around the lake, but it's a huge mass of water. It's more than 8,000 square kilometers. This lake, it's as big as El Salvador in Central America. So this lake is very important for the future. Nicaragua is one of the countries most affected by climate change. There's long periods of the droughts in this country, and people know that for future this is going to be very important for drinking water. 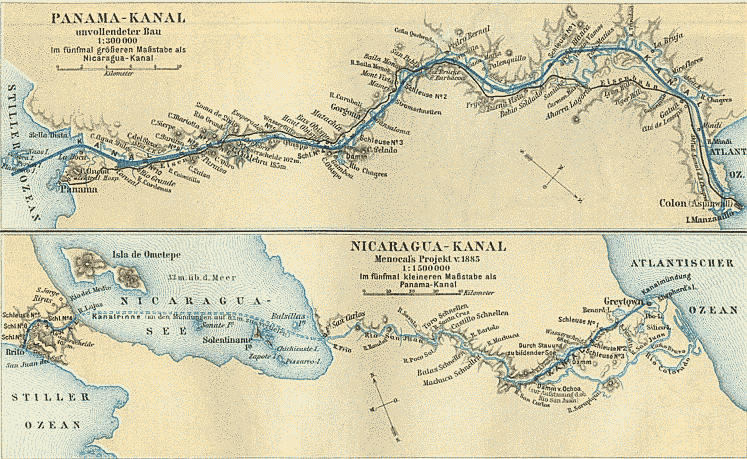 CURWOOD: What about the impact of the canal on people? How will it affect any of the indigenous people who live in that area?

HUETE-PERÉZ: Right. There's going to be plenty of people that are going to have be displaced from those areas. The Humboldt center in Nicaragua is a very important research center in Central America, has calculated that at least 30,000 up all the way to 100,000 people that will probably be displaced by this canal. The government plays down this number and thinks that it is going be more like 7,000 to 10,000 people, but what we need to say about this is that there are very important indigenous populations in these areas. And this brings us to the legality of this canal. There has been 39 different legal complains to the Supreme Court regarding this canal, and one of these complaints is from the indigenous communities because according to the Constitution of Nicaragua those lands are autonomous lands, they're very important for these communities. That's the way they live. You cannot touch that land. You cannot grant it. You cannot buy it. So how come they're pretending to do this canal without even consulting these communities. I have said before that I considered this project absolutely racist. It's a way of looking at this area, they come and tell you you're going to have to be displaced and you're going to have a better life because we the people in Pacific area decided that you're better off with a different life and we need a canal. I really think we should be paying attention to this from the point of view of human rights.

CURWOOD: Now, the Nicaraguan government is saying this project is going to help lift their country out of poverty. What do you think about that?

HUETE-PERÉZ: Right. Well you know those are the selling points that they have. One has to remember that Nicaragua is one of the poorest countries in the hemisphere and there is unemployment problems, very serious. People are half-employed, self-employed. So when you bring a project like this, it has all the elements to be a very public project because they claimed that it's going to eradicate poverty in Nicaragua, everybody's going to have jobs, everybody's going to be rich overnight, but this might be an economic project and a financial project, but it's not at all a sustainable development project. It's not scientifically sound. It's not sustainable at all.

CURWOOD: Jorge what do you think China's goals are here? 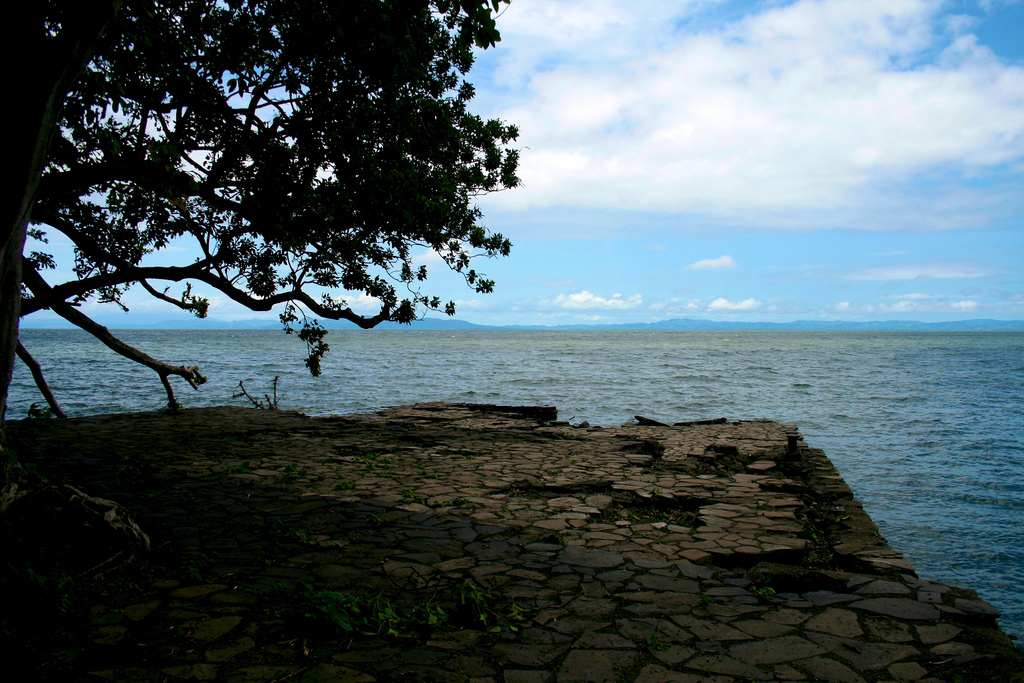 HUETE-PERÉZ: You know that's not my area of expertise, but I'll tell you what I think. A lot of the experts that are talking about these issues, they think that there are geostrategic implications that are favorable for China for them to have a major influence in the Americas. Now, one of the things that is really concerning is the way they're pushing this project doesn't seem like they care much about the environment, it doesn't seem like a care much about human rights. That's a serious concern. You have Chinese people coming into your land with armed escorts from the Army getting into different places and saying, "This is going to be for the canal and we need this property," and is very scary for indigenous people in Nicaragua.

CURWOOD: So Professor, at the end of the day where do you see this thing headed?

HUETE-PERÉZ: Well, the plan that the government has announced, and the Chinese planners as well have talked about, is that somewhere in April or May they are going to start displacing people. That's not going to go that easy because people will be protesting and I don't think people are willing to give their lands to the Chinese companies that are running the project. Last December when this project was open, there were people that were protesting and the government responded with the police, with the army, they militarized some of the areas, they put people in jail. So the scientific community, what we're thinking is that we would like the international community to get involved in analyzing from the point of view of the environment, from the view of human rights, all these issues, and trying to offer help to Nicaragua so that if the project goes ahead, its difficulties are mitigated properly.

CURWOOD: Jorge Huete-Pérez is the Director of the Molecular Biology Center at the University of Central America. Thanks so much for joining us.

HUETE-PERÉZ: Thank you so much, Steve.

CURWOOD: We tried repeatedly to get comment from the Government of Nicaragua through its embassy in Washington, but our calls and emails went unanswered.

Check out more on the canal and its impacts