Listener Letters and A Fun Lesson on Thermodynamics 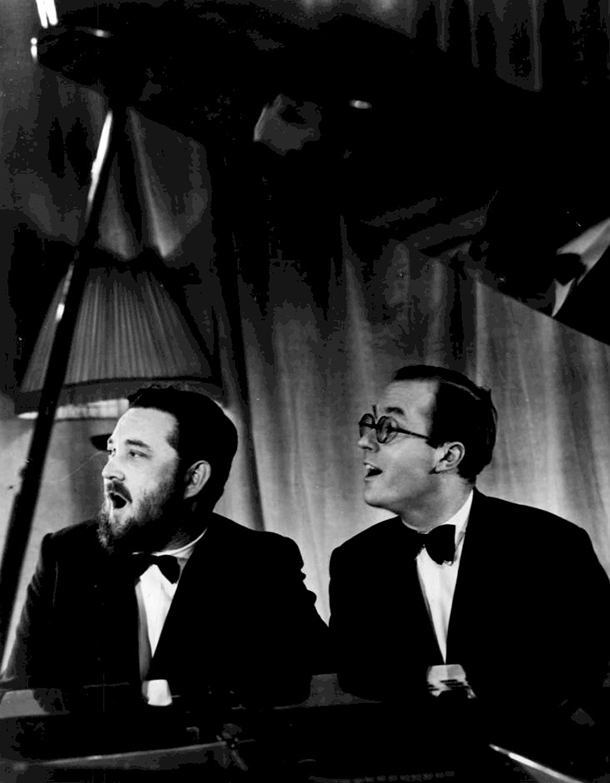 We address your comments on one of our stories, and also revisit the laws of thermodynamics with the British comedy duo Michael Flanders and Donald Swann.

Time now to hear from you, our listeners.

One of our recent stories elicited a lively exchange. It was an interview with Lawrence Orsini, founder of Project Exergy, a company that is investigating capturing waste heat from computing to heat homes. A lot of you apparently were confused, or even thought we had the science wrong, including John F. Williams who wrote that our interview failed to display “a basic understanding of the science fundamentals,” and thus came across as “magic disguised as science.”

"Of course it makes sense to capture the electrical energy consumed and converted to heat by computers (or any other electrical device) before it is dissipated. But there is such a thing as "conservation of energy". Computers are not going to magically produce more energy than they consume.

You are right, he wrote, that the conservation of energy law cannot be broken, and what we are proposing does not attempt. Instead of running computers just to create heat, our concept is to perform beneficial computation, computation that the house, building, and the world are already using in rapidly increasing quantities. We are hoping to move existing electric consumption associated with computation happening in datacenters to buildings that are consuming energy today just to make heat. This computation-generated heat can DISPLACE energy that the building would otherwise use for one purpose (heat) and instead provide heat AND computation for less energy than datacenters are using today.

Orsini’s colleague John Lilic asserts that there is enough waste heat generated in US data centers to heat two-thirds of the homes in America.
He adds that Datacenters are using a significant portion of the energy they consume to remove heat from the servers using large cooling systems.
The heat we will generate is removed from the computer by serving an existing heat load, so the inefficiency of removing heat from the computing system with air conditioners and chillers is eliminated in our model.

And what about the summer?

Orsini says the same principles behind the technology that is used in propane refrigerators can be used to power air conditioning from waste heat.

So it’s not magic, it’s physics.

And we have had good instruction in the laws of thermodynamics, thanks to the British duo, Michael Flanders and Donald Swann.

[MUSIC: The Cinematic Orchestra--Just One Day, The Crimson Wing: Mystery of the Flamingo, Ninjq Tune 2005]

The First Law of Thermodynamics:

Heat is work and work's a curse
And all the heat in the Universe
Is gonna cooooool down 'cos it can't increase
Then there'll be no more work and there'll be perfect peace!
Really?
Yeah, that's entropy, man!

And it’s all because of the Second Law of
Thermodynamics, which lays down that…