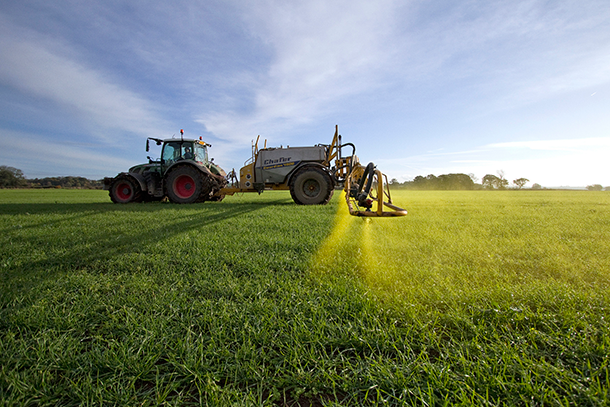 Herbicides are often applied to crop fields in bulk, in an effort to keep weeds from growing. (Photo: Chafer Machinery; Flickr CC BY 2.0)

Herbicides kill weeds, but can spread through the environment, interacting with organisms that include bacteria and humans. A new study published in The American Society for Microbiology suggests that these exposures can affect antibiotic resistance. Host Steve Curwood discusses the research and its implications with UMass Dartmouth’s bacterial geneticist Mark Silby.

CURWOOD: From the Jennifer and Ted Stanley Studios in Boston and PRI, this is Living on Earth. I’m Steve Curwood. We live in a chemical stew—everything from drugs in our water, to pollution in our air and pesticides in our food. In the US, drugs are tested for safety and toxicity but tests don’t replicate real world conditions with multiple exposures. Now scientists are trying to understand the broad effect drugs and other chemicals can have in combination. New research out of New Zealand has been testing how various herbicides including glyphosate or Roundup might increase the resistance of key bacteria to antibiotics, and the results are startling. For perspective and analysis we called up Mark Silby, who specializes in bacterial genetics at the University of Massachusetts, Dartmouth. Welcome, Professor Silby.

SILBY: Thank you very much.

CURWOOD: So, tell me what exactly did they do for this research?

SILBY: So in a nutshell, what was done here is ask a simple question about where the low concentrations of commonly used herbicides have unanticipated affects on the antibiotic resistance profiles of a couple bacteria called salmonella and E. coli, which are kind of models for two important pathogens of humans.

CURWOOD: So how did they do this? How did they find that herbicides were leading to antibiotic resistance?

CURWOOD: Which antibiotics were used for this research? Which ones were checked?

CURWOOD: What they find?

CURWOOD: How is it that sometimes it made the bacteria more susceptible to antibiotics?

SILBY: So that's a good question, I don't think we really know the answer to that yet because we don't know the full story of what's happening to these bacteria when they're exposed to these low concentrations of herbicide.

CURWOOD: How is it that herbicides can cause antibiotic resistance?

SILBY: So, these herbicides don't cause permanent antibiotic resistance. They cause a temporary increase in resistance. So the way this works is that the bacteria are exposed to the herbicide and what they see is not something that's a weed-killer. They see a toxin. The way they respond to the toxin is by changing their physiology and they do this by increasing their ability to pump nasty stuff out of their cells. When the toxin enters the cell, if it stays there, it might kill them. So they have a whole bunch of little pumps, which are there specifically to try and remove the toxin from the cell before it can do any damage. Now, what happens in the case when you both herbicides and antibiotics present at the same time, is that those pumps not only remove the herbicide from the cell, they also remove the antibiotic before the antibiotic can effectively kill that cell.

CURWOOD: So, how powerful were these antibiotics in inducing antibiotic resistance in these bacteria? 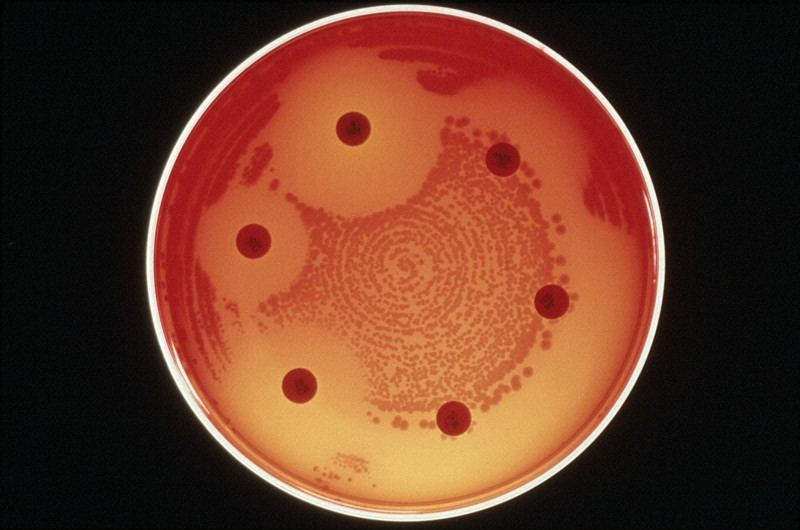 SILBY: The response in the bacteria was varied, and also the response to different antibiotics was different, so it's quite nuanced. One of the antibiotics used in combination with Roundup showed that Roundup increased its tolerance by 5.8 fold, which is a fairly large change, and several of the responses were between 1.2 and 3.3 fold which is reasonably significant to make a difference to the susceptibility of these bacteria.

CURWOOD: Mark, what does this mean for the overall health of people who consume foods where these herbicides have been used and where there might be bacterial exposure?

SILBY: Well, we have to remember this was a laboratory study, not a clinical study. So, the feeling is that this is probably not a big problem right now for people consuming food because the concentrations of herbicides used here were well above the limit that's allowable as a residue on food that you ingest. Longer term, what we worry about is, whenever you see even a transient increase in antibiotic resistance, does that give those bacteria an opportunity to survive for longer, which means that they have more opportunity to develop a real strong and genetically coded resistance which would be permanent.

SILBY: The take-home here is really tricky in a way, because we see specific reactions for the two different species, we see different reactions for different herbicides, and we see different reactions to the different antibiotics, which tells us we can't just do one experiment with one single species and generalize in terms of safety. So we need to do more work. I think most of this is telling us is that we have to think more broadly. So, we have to think about biology when we assess risk, we have to think about unanticipated consequences of what we do in our environment so we can manage risk and the idea in terms of safety in humans is a little bit obvious I think, but safety in terms of what we do to our environment is a much harder question to answer and we haven't done the experiments to find out what's happening yet.

CURWOOD: Mark Silby is an expert in bacterial genetics at the University of Massachusetts, Dartmouth. Thanks for taking the time with us today Professor Silby.

SILBY: Great. Thanks very much for having me.

CURWOOD: We asked Monsanto to comment, but they did not get back to us in time for our deadline.

After the program was recorded, Monsanto sent us the following statement:

We are taking a closer look at this study, but it is very complicated and nearly impossible to discern if these formulated herbicides have any impact within this study. It is absolutely critical that the authors test the formulated herbicide alone, as well as the active ingredient alone, to assess the individual contributions of each variable.

In the past few years, several articles summarizing research related to glyphosate safety have been written and published in peer-reviewed journals. These six articles continue to support the 40-year history of safe use of glyphosate-based herbicides. They also add additional weight to one of the most extensive human health, safety and environmental databases ever compiled for a pesticide product.

For more information on this, contact Charla Marie Lord at Monsanto. charla.marie.lord@monsanto.com


Read the study published in The American Society for Microbiology