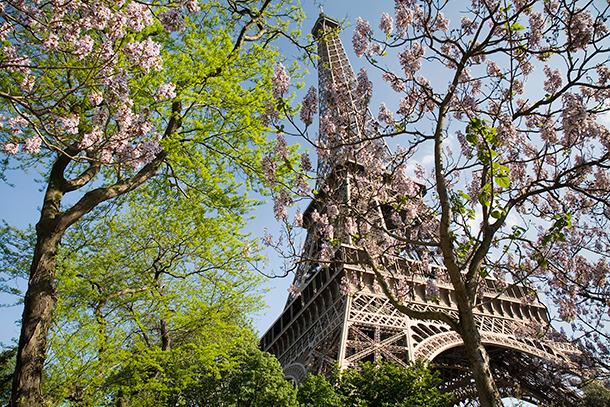 Observers are calling the 2015 climate negotiations in Paris an important moment in the history of the planet. (Photo: Jorge Royan; CC BY 3.0)

This fall, officials will gather in Paris to try to thrash out a deal to keep global warming in check. The US has lagged in climate negotiations, but Jennifer Morgan of the World Resources Institute tells host Steve Curwood that now the US is near the front of the pack with its proposal to cut emissions 28% by 2025.

CURWOOD: It’s Living on Earth. I’m Steve Curwood. December in Paris is not quite like April in Paris, but it is expected to become key this year in the global push to fight climate disruption. On March 31, the United States released its pledges to reduce emissions well ahead of the climate summit in the city of light, the most important such session since negotiations unraveled in Copenhagen in 2009. And the United States was among the first nations to reveal its commitments. Here to discuss where we stand is Jennifer Morgan, Director of the Climate Program at the World Resources Institute. Welcome back to Living on Earth, Jennifer.

MORGAN: Thanks, it's great to be here.

CURWOOD: Now, the US finds itself in a different position than in the run-up to the previous major conference there in Copenhagen where in the early days of the Obama administration there wasn't even a task force to figure out what the US position would be. To what extent is the United States, is America, leading this charge now?

MORGAN: The US, I think, is very much leading the charge; they've put forward a serious offer. The President has asked every single secretary to look at what he or she can do to reduce emissions with their executive authority. They've put their offer forward early and transparently. I think it's a big priority for the President's second term, which is great.

CURWOOD: So talk about the US plan. How much of the emissions is the United States committed to reduce?

MORGAN: They've committed to reduce 26 to 28 percent below 2005 levels by 2025. That's about a doubling of what they've done thus far. It includes all greenhouse gas emissions, a hundred percent of them. They have a list of the various standards and laws and rules that they're going to use, that they have authority to use to meet that target making power plants more efficient tackling methane using fuel economy standards for cars and trucks, appliances. It's a pretty robust plan, I think.

CURWOOD: And President Obama doesn't need Congress at all to do this apparently.

MORGAN: He doesn't. What he is doing is using his executive authority which was granted to him by the Supreme Court that found that greenhouse gases are pollutants and therefore the Clean Air Act must regulate those sources and so with this plan can be done without Congress, but clearly it would be better if Congress was engaged in helping out on tackling climate change. 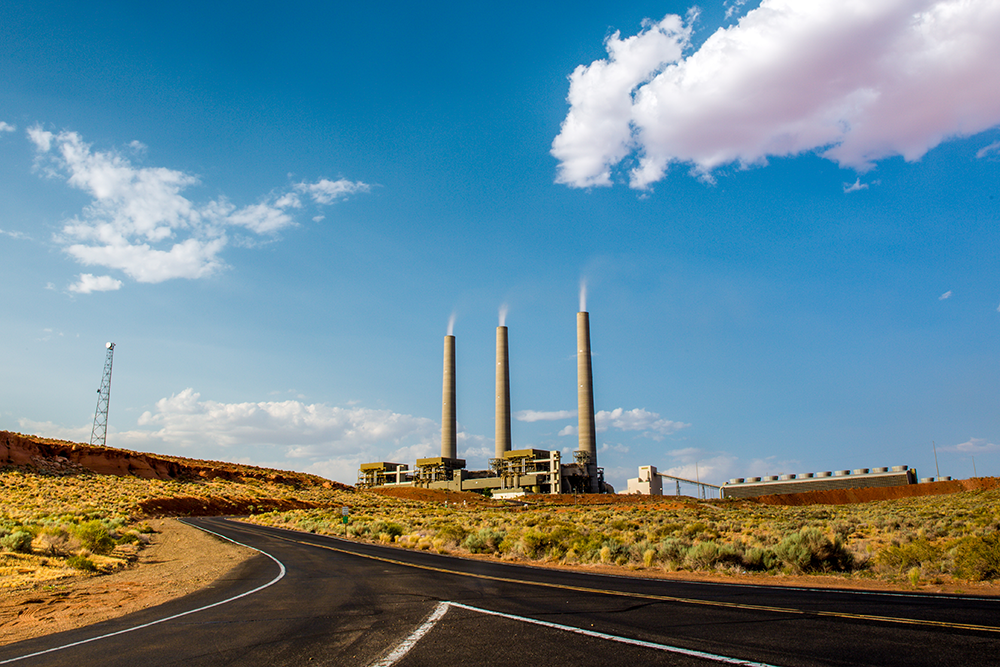 Much of the US’ energy plan will rely on President Obama’s clean power plant rule. (Photo: Bigstockphoto)

CURWOOD: Well, without Congress though the United States isn't able to say that we would simply buy emissions from elsewhere, that is trade emissions that we have to do everything at home. Some would say that maybe puts us in a stronger position.

MORGAN: Well, I think it is very interesting, and it sends a strong signal that the US is decarbonizing its economy domestically, that there will be much less coal used, more renewables used. It's really calling on American ingenuity and innovation to solve the problem and not trying to go and buy offset credits somewhere else.

CURWOOD: So on the Jennifer Morgan World Resources Institute's scale of weak to ambitious, how strong is the United States plan, let's say from one to ten?

MORGAN: I would give it a good seven, seven to eight. I mean, it does set a longer-term goal of getting out to about 80 percent reductions by 2050. There, more is needed. Climate change is happening now and we need to actually shift and have deep decarbonization of our entire economies, so over the longer term, greater ambition is going to be needed.

CURWOOD: Talk to me about some of the other countries here. Who else has put forward an ambitious plan?

MORGAN: Well, I think we've seen serious offers from Switzerland, I think most importantly from European Union. They've said they're going to reduce their emissions by at least 40 percent below 1990 levels by 2030, so they're really staying the course. Renewables is the only energy source that's going to be growing in Europe in the future, and very importantly, Mexico just tabled its national plan to peak its emissions in 2026, set up a Climate Policy Council with United States, also putting in a set of measures to harmonize standards. So I think the standard you see in the US plan I would expect to be a conversation now with Mexico, and the first developing country to get out there in front of many other developed countries in fact.

CURWOOD: How's the rest of Latin America faring? I understand you were recently in Brazil?

MORGAN: Latin America is a fascinating place. There's so much dynamism there and you see the plans will come in, I think, from Chile, from Peru, from Columbia, where they, from what I understand, see that acting on climate change is much less expensive then dealing with the costs of the impacts of climate change. Brazil is in a unique situation, it's reduced its deforestation omissions quite a lot, but it could start building coal in Brazil instead of sticking with its low carbon energy sources. So there, my hope would be that they'll follow the pathway of China and India and put in place ambitious targets on wind and solar so that they don't make the mistakes of other countries.

CURWOOD: What about China? China is the world’s largest emitter, and they didn't have a plan to hit the March deadline, but as I understand it they will have something by June? How concerning is that delay and how strong do you think their approach will be?

MORGAN: Well, China's big step on the world stage was in the US-China agreement that came out in November of last year where they indicated that they were going to work to peak their emissions by the latest 2030 and aim to do so beforehand. They put out a big commitment on non-fossil energy sources and are really I think getting in more detail of what will go into their plan and that's why they're taking a little bit longer. As long as that comes out in June, July, I'm not worried about it. My understanding is you know they have so much going on also on pilots on emissions trading, on efficiency, they're really trying to make that a robust plan, which is just immensely important. The way that China goes in the future is clearly fundamental for whether we're able to really tackle this problem or not.

CURWOOD: So from your perspective where do we stand now heading into these really important negotiations in Paris come December? In other words, how optimistic are you that the world is going to get something meaningful done? 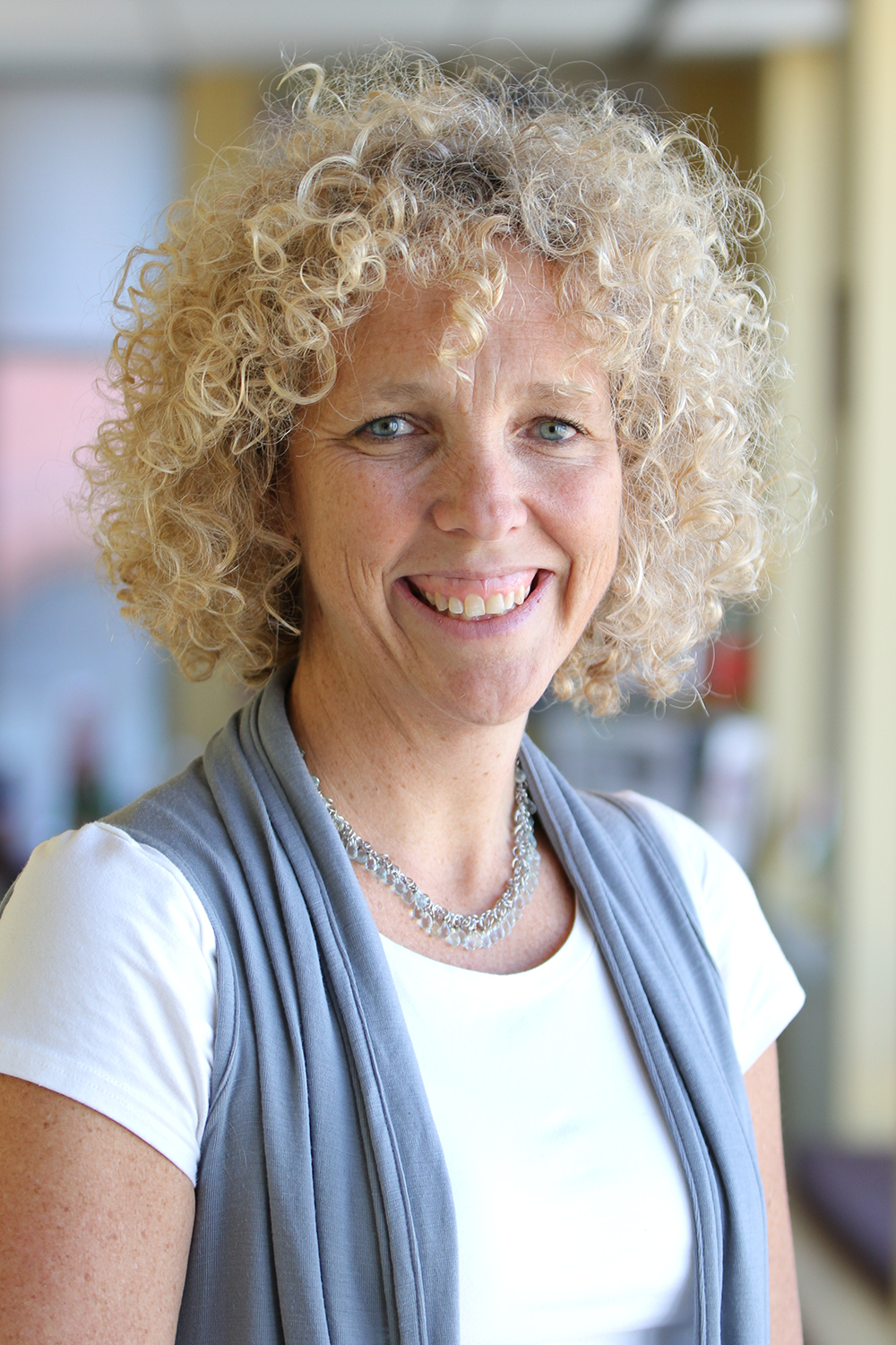 MORGAN: Well, I think where we stand is that you're seeing a level of seriousness by major economies coming forward with their plans, what they are going to do. I think the negotiations will intensify. I'm optimistic that there will be an agreement in Paris. I think, though, it's got to be a really hard number of months to get this done. It will require heads of state engagements so that that agreement can be as robust as possible, that it can send a signal to the world that the future is low carbon and that it's got to happen faster and at greater scale than people had expected beforehand.

CURWOOD: Jennifer Morgan is Director of the Climate Program at the World Resources Institute. Thanks for joining us today.