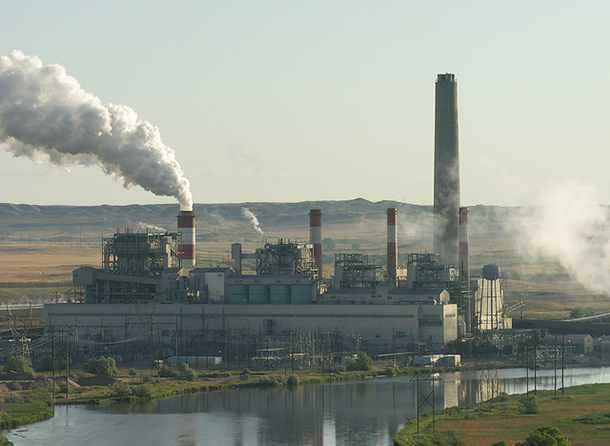 CURWOOD: It's Living on Earth. I'm Steve Curwood. Let’s check out what’s beyond the headlines with our usual guide, Peter Dykstra. He’s with Environmental Health News, EHN.org and the DailyClimate.org, and he’s been mining the journalistic world for the unusual, quirky and historical.
He joins us on the line now from Conyers, Georgia. Hi there, Peter.

DYKSTRA: Well, hi, Steve. Let’s start with a mind-boggling decision from the United Nations “Green Climate Fund”. You know, that’s the global fund for rich countries to help developing countries come up with solutions to climate change. Well, last week, the fund refused to ban the use of green climate change money to build coal plants.

DYKSTRA: Yes, and it apparently already has been. Japan loaned over a billion and a half dollars to build new coal plants in Indonesia, Bangladesh, and India. They say it qualifies as “clean energy” because the new coal plants would be cleaner than the older coal plants they’re replacing.

CURWOOD: But I’m still scratching my head, because I don’t think there’s anyone out there saying that new coal-burning power plants are going to help solve climate change.

DYKSTRA: No, and for a UN process that’s already widely viewed with skepticism on all sides, with the crucial climate meeting coming up in Paris at the end of the year, this isn’t encouraging. You know what using climate funds to build coal plants is like? Somebody asked me about plastic water bottles once, and I gave them the lecture about how disposable bottles are an issue, and the plastic is an issue, and the whole speech, so they said, “You’ve convinced me. From now on, no more plastic water bottles.” Now, they buy plastic soda bottles instead. 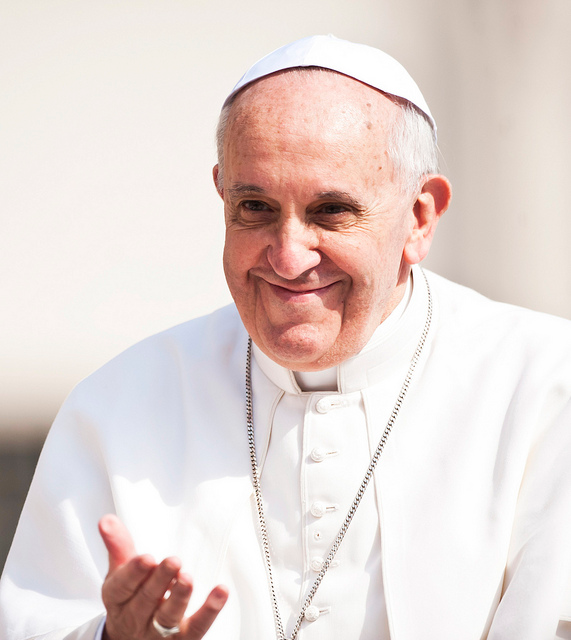 Pope Francis, who has voiced his support for addressing climate change, will be in attendance at the Paris climate negotiations later this year. Other religious leaders have voiced their concerns about climate change as well: seventeen bishops from the Church of England recently issued a “Call to Urgent Action for Climate Justice,” and the presiding bishop of the Episcopal Church in the U.S. declared climate denial “immoral.” (Photo: Catholic Church England and Wales, Flickr CC BY-NC-SA 2.0)

DYKSTRA: One of the things I’ve always observed about the environmental movement is that unlike other political movements, it’s never really had a galvanizing, charismatic leader like Martin Luther King, Nelson Mandela or Gandhi. No disrespect to a lot of people who have done extraordinary work, but I don’t think we’ll ever close the banks and schools to celebrate Al Gore’s birthday or Bill McKibben’s birthday.

CURWOOD: OK, but where are we going with this?

DYKSTRA: So out of the blue, over the last two years, we may be seeing that global leader emerge, complete with a pre-installed following of a billion people: The Pope.

CURWOOD: Yeah, Pope Francis has been very outspoken, and he’ll be at that Paris climate summit, by the way.

DYKSTRA: He will indeed, and a moment please for the time-honored journalistic practice of full disclosure: I am a retired Catholic. Haven’t made it to mass for 40 years or so, but I still watch with interest when the head of the Roman Catholic Church shows true leadership on a vital social issue. And not only that, but if it’s good enough for his holiness, here come the Anglicans. In advance of Holy Week, 17 leading bishops from the Church of England issued a “Call to Urgent Action for Climate Justice", and in a separate statement, the presiding bishop of the Episcopal Church in the US said that climate denial is immoral. While many Catholics and Anglicans – there are about 80 million Anglicans worldwide – have always pushed for social justice, including environmental causes, it’s unusual to see it coming from the top, so stay tuned. 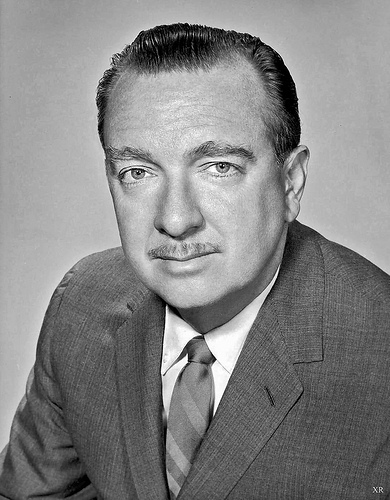 CURWOOD: Alright. Thank you, Peter, for this week's Easter sermon. Let’s go on to our history lesson.

DYKSTRA: Thirty-five years ago this week, Walter Cronkite, hailed as the “Most Trusted Man in America” delivered a very early warning on climate change. The legendary CBS News anchorman introduced a piece on a 1980 Senate hearing in which Senators and scientists warned of the potential peril of global warming; cities underwater, and hot blazing summers. The veteran CBS reporter Nelson Benton offered these words: “Scientists, and a few politicians, are beginning to worry...”

CURWOOD: And since then, the science has gotten even stronger.

DYKSTRA: But the coverage has gotten weaker. TV news organizations, to say nothing of some politicians, are largely AWOL on climate change, even as its consequences become increasingly real.

CURWOOD: And to quote Walter Cronkite’s nightly sign-off, “That’s the way it is.”

CURWOOD: Peter Dykstra is with Environmental Health News, that's EHN.org, and the DailyClimate.org. Thanks, Peter, talk to you soon.

DYKSTRA: Anytime, Steve, we'll talk to you next week.