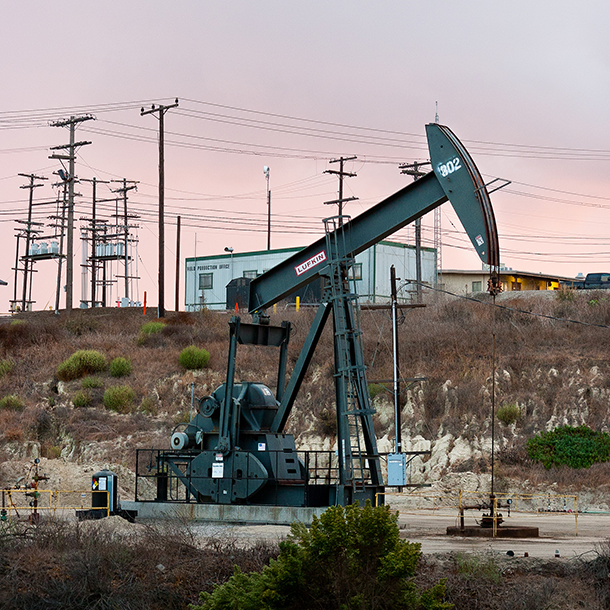 In this week’s trip beyond the headlines, Peter Dykstra tells host Steve Curwood about how the oil fracking era might be switching from boom to bust, a climate change-denial stance is seemingly a prerequisite for Republican Presidential candidacy, and how climate deniers still reference a 40 year old, minority theory of global cooling.

CURWOOD: It's Living on Earth. I'm Steve Curwood. Off to Conyers, Georgia, now where Peter Dykstra’s been looking beyond the headlines. Peter’s with Environmental Health News, EHN.org and the DailyClimate.org; he’s on the line now. Hi there, Peter.

DYKSTRA: Well hi, Steve, there’s a new element in the absolute free-for-all in the global energy biz. We know the scenario: Nuke plants closing in the US while countries like India plan for more nukes; the domestic coal industry is in freefall, wind and solar are taking off – finally! And now, a word from OPEC. The Organization of Petroleum Exporting Countries just issued a prediction that the oil and gas boom in the US spearheaded by the fracking industry, will grind to a halt this year.

CURWOOD: So let’s see, we’ve lived through the dotcom bubble and the real estate bubble, is this the gas bubble? And also, don’t forget, OPEC isn’t exactly a disinterested party. The US used to be their biggest customer; now we’re a big competitor.

DYKSTRA: So true, but it’s not just OPEC dropping the hints. The US rig count is dropping dramatically, there have been big layoffs in fracking centers like North Dakota, and the US Energy Information Agency sees oil prices not getting back to a hundred dollars a barrel, but maybe rising to eighty bucks in the next few years. The rise in prices and the potential decline of fracking is likely why the industry is making a renewed push to drill offshore, in the Atlantic and in the Arctic.

CURWOOD: Still, experts say that fighting climate change is going to require leaving billions and billions of dollars of oil in the ground every year. How does that figure into the industry discussion?

DYKSTRA: Well, bless your heart, Steve. No, the industry isn’t showing any signs of surrendering its assets. But still, it’s a new day, full of different energy equations.

CURWOOD: Okay, so watch this space. What do you have next for us?

DYKSTRA: Steve, I feel a tremor in the force…

CURWOOD: Oh, my. What force is that?

DYKSTRA: The unseen force that makes people who seek the Republican Presidential nomination turn into climate deniers. The list of luminaries who acknowledged climate change, and then flip-flopped includes John McCain, Mitt Romney, Sarah Palin, and Newt Gingrich. But here comes Jeb Bush. Not quite an officially-declared 2016 candidate, but the former Florida Governor came perilously close to acknowledging climate change a week ago.

CURWOOD: Well, one would think that a public figure in a low-lying state like Florida would be quick to point out the risks of doing nothing about sea level rise.

DYKSTRA: Well, tell that to Marco Rubio, Governor Bush’s fellow Floridian and now an official 2016 candidate. Back in 2007, before he became a Senator, Rubio waxed poetic about the “business “opportunities presented by global warming, which is something that last week he said he’s not so sure about and even if the climate is changing there’s nothing we can do about it anyway and the climate is always changing and he’s not a scientist anyway.

CURWOOD: Well okay - but back to Governor Bush for a second, do you think this is a hint at some breakthrough on the political divide over climate change? 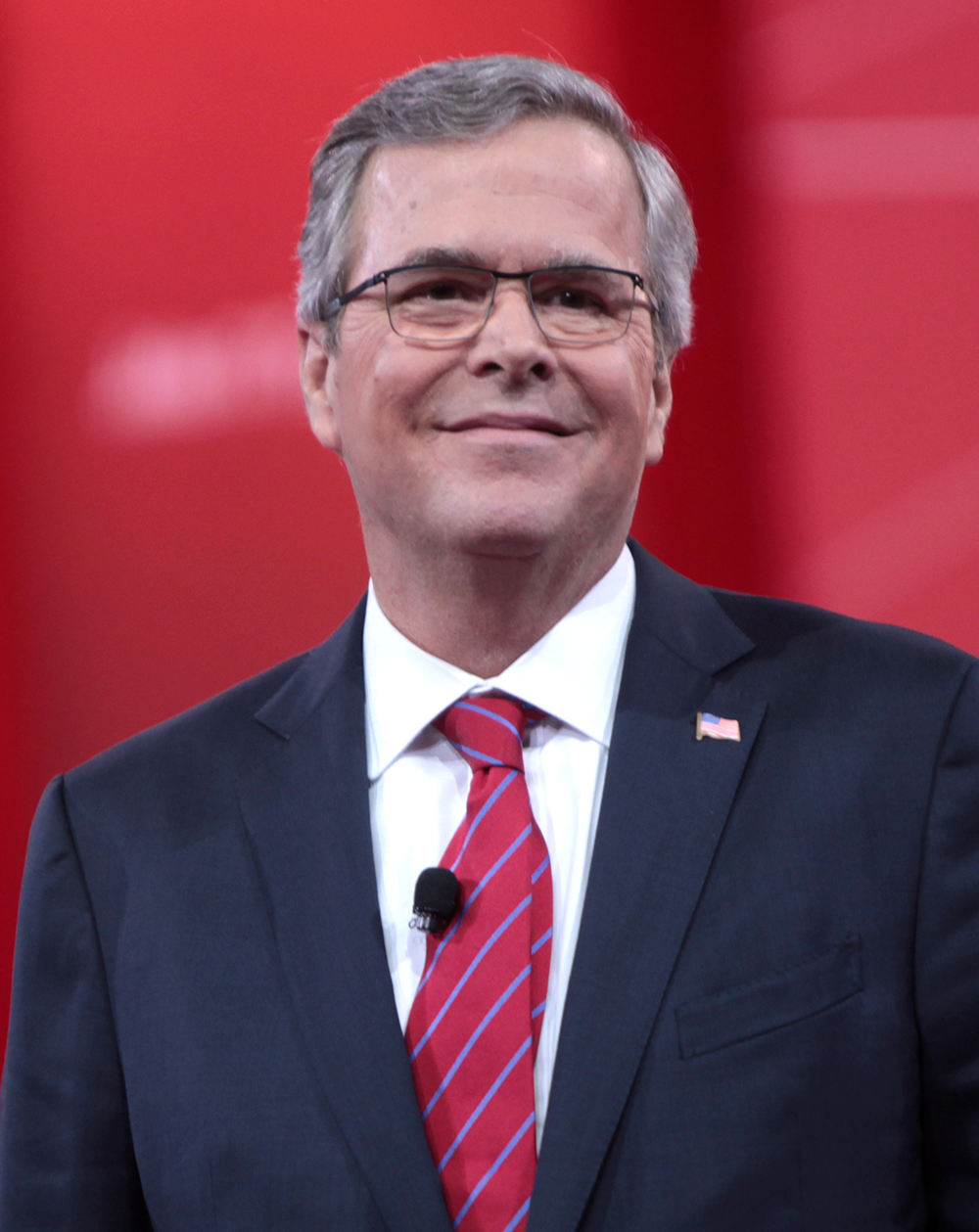 DYKSTRA: It’s too soon to tell. One other luminary is making rumblings, though. Mitt Romney advocated strong action on climate when he was Massachusetts Governor, and then he ridiculed it in his Republican Convention speech in 2012, but earlier this year, he flipped again, saying climate change is “a real and major problem.”

CURWOOD: So we shall see. Hey, let’s move on to the history calendar for this week.

DYKSTRA: I wrote a piece FOR Scientific American that’s running on April 28 because April 28 is a red-letter day for climate deniers. Forty years ago, or for some of us, forty pounds ago, on April 28, 1975, Newsweek magazine published its still infamous piece noting that some scientists thought we could be on the verge of widespread global cooling. Forty years later, that nine-paragraph story in the back of the magazine is still an article of faith used by climate deniers to suggest that climate scientists can’t make up their minds about anything.

CURWOOD: And oddly enough, Presidential candidate Ted Cruz just mentioned that Newsweek piece last month. But I recall that even though some scientists asked questions about global cooling back then, it was never really a dominant theory.

DYKSTRA: And when the evidence didn’t begin to add up, scientists moved on. Even at the peak of talk about global cooling, scientific papers projecting a warming planet outnumbered the global cooling papers by about seven to one.

CURWOOD: Well that’s the way science works, your research improves, your data improves, and you go where the evidence leads you.

DYKSTRA: Well it’s the way everything works. People like George Will, Rush Limbaugh, and of course Senator Cruz still drag out this Disco-era magazine piece like it has any validity for anything today. It’s time for even the hard-core climate change deniers to give it up. Can you imagine if we took forty year-old news stories on medical advances as being relevant today? How about computer technology? Things change. We move on. It’s forty years, Steve. It’s a Jay-Z and Beyoncé world, and climate deniers keep dragging us back to the Captain and Tennille.

CURWOOD: Peter Dykstra’s with Environmental Health News, that’s ehn.org and the DailyClimate.org – hey Peter, thanks for taking the time with us today.

DYKSTRA: All right Steve, thanks, we’ll talk to you soon!

CURWOOD: And there’s more on these stories at LOE.org.