Wolves on the Brink 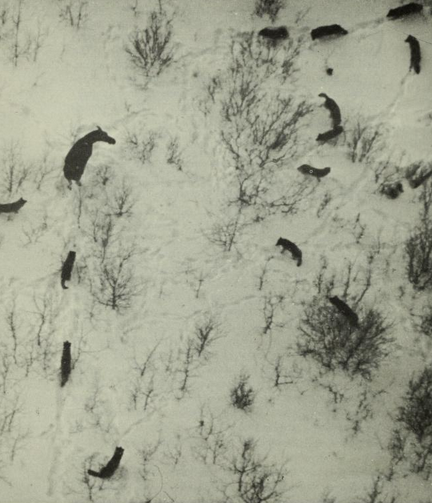 At its heyday, the Isle Royale wolf population had as many as 50 wolves. The current population has just three individuals and is virtually guaranteed to die out, barring human intervention. (Photo: L. David Mech/USFWS, Wikimedia CC)

The predator-prey relationship is an ancient tale, and in Isle Royale National Park, on an island far from shore in Lake Superior, scientists have watched wolves hunt moose for over five decades, in the longest such study in the world. But as Michigan Technological University ecologist, Rolf Peterson, the study leader tells host Steve Curwood, the predator population is now tiny, jeopardizing the study.

CURWOOD: Now Doug Smith was telling Jennifer that his first close encounter with a wolf was on Isle Royale, an isolated island in Lake Superior, where wolves have been closely studied. Indeed, scientists have followed the wolves and the moose they prey on at Isle Royale National Park for over five decades, the longest study of its kind in the world. But now the study is threatened by the dwindling number of predators, and the wolves could be gone as early as next year. One of the study leaders, Rolf Peterson, is an ecologist at Michigan Technological University, and he joins us to explain what is happening. Welcome back to Living on Earth!

CURWOOD: Isle Royale is an island, so how do wolves and moose get there?

PETERSON: The present moose population became established over 100 years ago, probably by an individual swimming from the mainland 15 to 20 miles away. Lake Superior is so cold that only a very large animal like a moose could survive the cold water. Wolves came about 50 years later, in probably the late 1940s and they would've come across the ice in the winter.

CURWOOD: Now, Rolf, you been observing this interaction between the wolf and the moose for decades now. What did the wolf-moose relationship look like back when the project started? 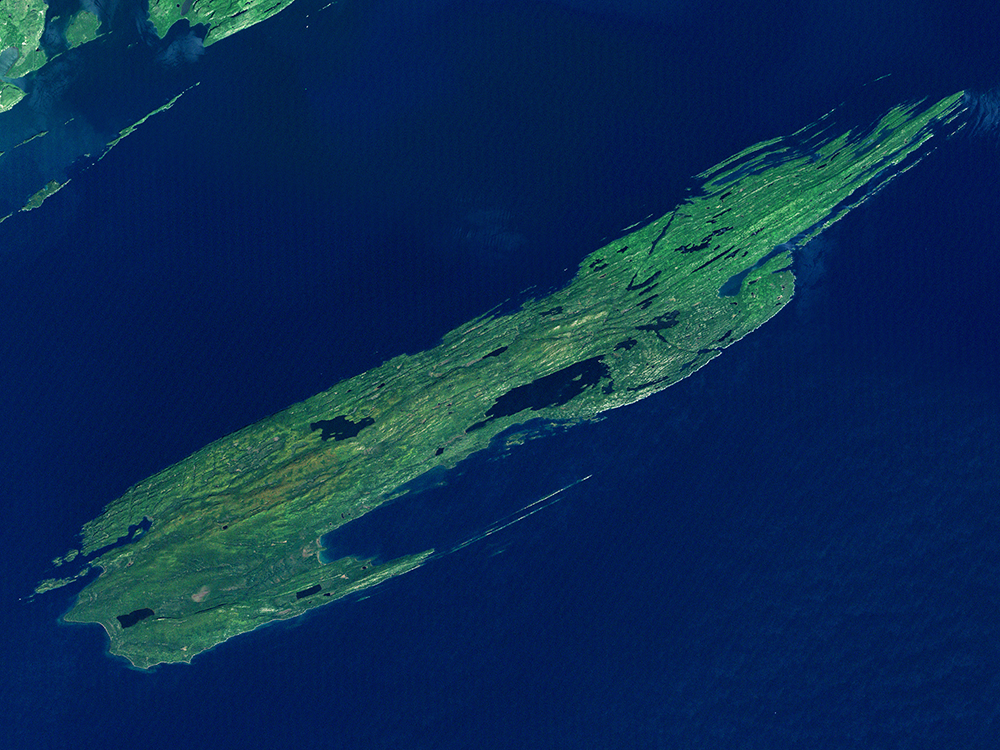 PETERSON: Well in 1958 when the project began, no one had any idea what was going happen at Isle Royale. Some people thought quite seriously that the wolves would kill off all the moose and then start in on people, and what initially seemed to be the case was that there was some sort of static balance between wolves and moose. But after 15 years or more it's quite clear that the wolf-moose system, the predator-prey relationship, is very dynamic and these populations are in motion all the time. Actually now we realize that the whole system is driven by fairly rare events that are relatively unpredictable, for example, new genetic renewal.

CURWOOD: A wolf makes it over from the mainland and changes the genetic pool?

PETERSON: Yeah, a wolf wanders over from mainland and becomes a breeding individual on the island and we have one very good example of that that began in 1997. His genes quickly went through the whole population and fundamentally changed the wolf-moose vegetation dynamics. The wolf population was rejuvenated rather spectacularly and then amazingly the wolves killed moose at a higher rate than we've ever seen before, and they were just better at preying on moose. And that led to an extended number of years when moose were at a low level and that resulted in a major release of vegetation that the moose typically eat. So it was a three-level response. 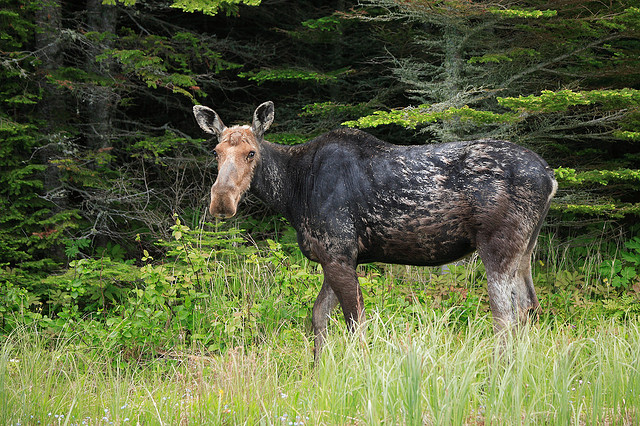 CURWOOD: Now, what other factors can change that balance between the wolf and the moose.

PETERSON: Well, we've seen certainly that new disease in the wolf fundamentally changes everything. In 1981, a mutant virus called Canine Parvovirus got to Isle Royale and the wolf population crashed and then the immigrant in 1997 resolved that. You sort have to look at the system as a historian would look at it and realize it's just one big event after another.

CURWOOD: But how did you track this predator-prey interaction over the years and its effects on the rest of the Isle Royale ecosystem? 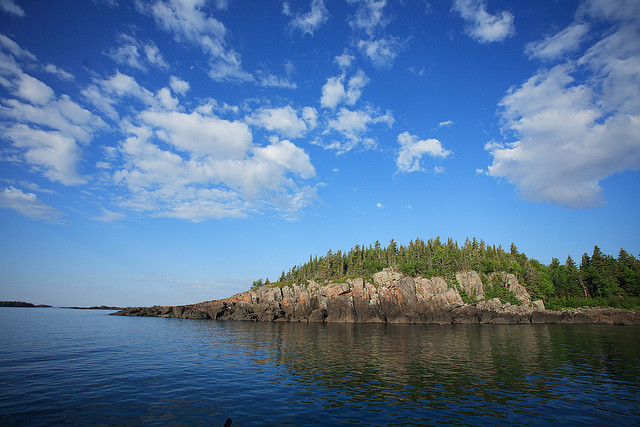 Isle Royale is over 45 miles in length and 9 miles wide– making it the largest island in the largest freshwater lake (Lake Superior) in the world. (Photo: Ray Dumas, Flickr CC BY-SA 2.0)

PETERSON: Each winter since 1959 there's been a small airplane at Isle Royale for up to seven weeks and all the wolves are counted. The moose are sampled and censused counting about 15 to 20 percent of the island. That gives us basically moose-wolf numbers every year. Vegetation has been a harder thing to track. Actually we've had some luck tracking back in time looking at tree rings. And wolves, although they feed primarily on moose, there's a secondary prey species, the beaver, and the beavers are a great animal engineer who totally renovates habitats by flooding them and creating lakes so as wolves prey on beaver, so goes the beaver activities.

CURWOOD: Now, tell me, today about how many moose and how many wolves are on the island and what does the interaction look like right now?

PETERSON: Well, in 2015 we just wrapped up our studies a few weeks ago and there were three wolves, which is the lowest we've ever seen it and the moose are increasing pretty quickly. They stand at 1,250 animals right now and have doubled in the last four years.

CURWOOD: And what's been the high of the wolf population there?

CURWOOD: So why are there so few wolves there? 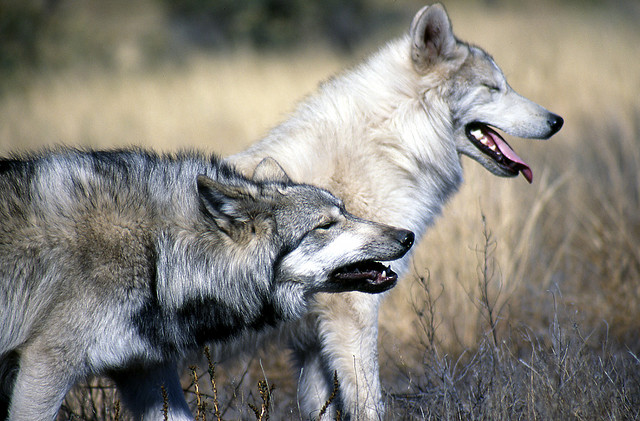 Aided by reintroduction programs and changing public attitudes, wolves are making a comeback in the rural American West. On Isle Royale, however, they’re in a steep decline and unlikely to recover. Warmer winters mean that ice bridges rarely form between the island and the mainland, so a new pack of wolves is unlikely to colonize Isle Royale unless transplanted by humans. (Photo: Caninest, Flickr CC BY 2.0)

PETERSON: That's a product of close inbreeding. After the arrival of this new wolf in 1997 while things were really good for a while, eventually his genes were so successful that everybody was finally a descendent of his.

CURWOOD: So how does the current population show its inbreeding?

CURWOOD: With a warmer world, less often there's an ice bridge, so less often as a chance for some fresh wolf DNA to make it on an ice bridge over there. How accurate is that picture do you think?

PETERSON: That's pretty accurate. Back in the ’60s, when observations were first being made of wolves and moose, ice would be the typical situation in winter. You'd have an ice bridge four years out of five. Now it's more like one year out of 10. 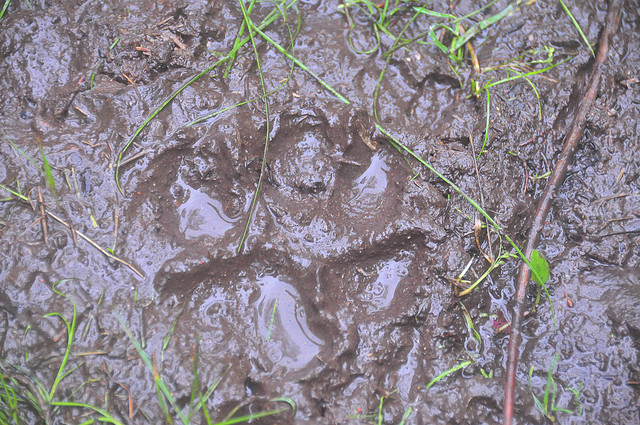 The wolf population on Isle Royale is in a death spiral – the result of what geneticists call inbreeding depression. In order to survive, small populations depend upon the arrival of new breeding individuals that introduce new genes into the population. (Photo: Viewminder, Flickr CC BY-NC-ND 2.0)

CURWOOD: Well, at just three wolves, how sustainable is this population, do you think?

PETERSON: Well, given the genetic makeup of the current three that are left, I wouldn't give it a chance at all of survival. Without new genetic material, I'd say it's a doomed population. I'd recommended the last four years to do a genetic rescue, in other words, drop a couple wolves off from the mainland that would breed with the resident wolves. That should lead to a masking of deleterious or ‘bad’ genes, we could call them. At this point now in 2015 with only three wolves left the opportunities to do a genetic rescue are mostly gone.

CURWOOD: So what's the future of this longest predator-prey study in the world right now?

PETERSON: Well, the predator-prey study could become just a prey study and that loses a lot of its significance.

CURWOOD: Rolf Peterson is an Ecologist at Michigan Technological University and one of the wolf-moose project leaders at Isle Royal. Thank you so much, Rolf.

PETERSON: Thanks, Steve, it's been great to talk with you again.


About the Wolves & Moose of Isle Royale Project

Opinion: Save the Wolves of Isle Royale National Park