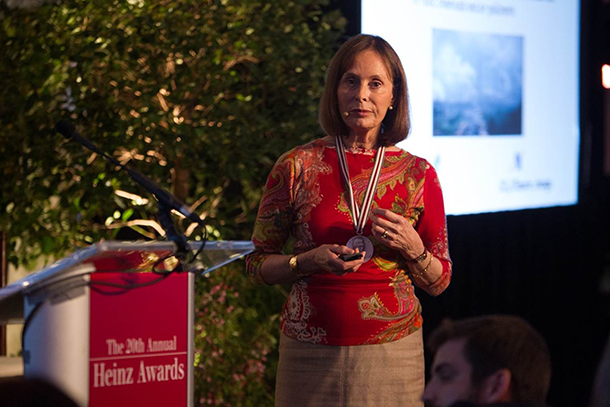 Dr. Frederica Perera has been lauded as a tireless champion of children’s health by the Heinz Family Foundation which awarded her its 2015 Environmental Prize. Dr. Perera, a professor of Environmental Health Science and founding director of the Columbia Center for Children’s Environmental Health, tells host Steve Curwood about her pioneering epidemiological research on the consequences of prenatal chemical exposure and argues that exposure control and prevention could help mitigate diseases down the road.

CURWOOD: It’s Living on Earth. I’m Steve Curwood. She’s “a tireless champion of children's health”. That’s the accolade Dr. Frederica Perera received as she recently won the 2015 Heinz Environmental Award. The jurors honored Dr. Perera with the $250,000 prize for her “research and advocacy that laid the groundwork for a robust body of evidence on the links between environmental toxins and childhood disorders.”

PERERA: Thank you very much.

CURWOOD: So, you've done so many things over the years. What were some of the watershed moments for you? 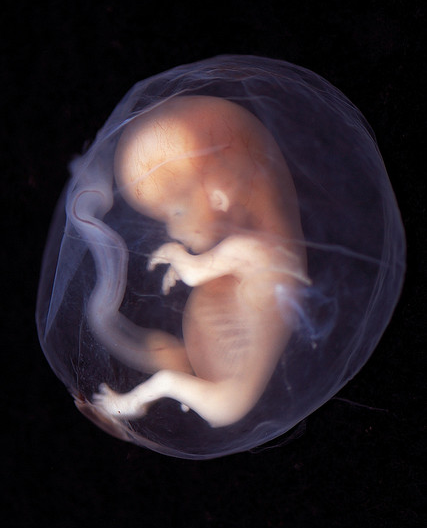 Dr. Perera pioneered the field of molecular epidemiology with her studies of the effects of prenatal and childhood exposure to environmental toxins. By examining chemicals in newborn cord blood and conducting epidemiological studies that followed children into adolescence, Dr. Perera and her colleagues found that the developing fetus is prone to chemical exposure. (Photo: lunar caustic, Flickr CC BY-SA 2.0)

PERERA: I think the watershed moment was in the early 1980s. I was researching environmental causes of cancer, specifically lung cancer, and at that time I really did not know or understand the extent to which children were being exposed to environmental contaminants even before they were born. I was using DNA from what were thought to be pristine control cord blood placental samples from newborns in these studies of adult cancer and to my surprise I found that is so-called pristine untouched samples from newborns showed molecular fingerprints not only of exposure but of DNA damage linked to cancer and that was a real wake-up call for me to go ahead and learn more about the potential risk from these very early exposures.

CURWOOD: What sorts of chemicals were you seeing in that blood?

PERERA: I was interested in getting a biologic marker or molecular fingerprint of exposure in blood of the chemical that is found in air pollution from combustion of fossil fuel like traffic emissions, coal plant emissions, oil burning and also it’s found in tobacco smoke. It's a powerful carcinogen and it's called benzo[a]pyrene. It's a PAH or polycyclic aromatic hydrocarbon. And it definitely should not have been in those samples from newborn babies, I thought, and we really needed to learn more. This early work let me with my colleague Bernie Weinstein to propose a whole new approach to the study of environmentally related disease. We called it molecular epidemiology because we were incorporating molecular approaches into epidemiology, which is the study of causes of human disease. And the whole idea here was to use this approach to prevent disease, helping us understand the links between exposure and disease and flag risks early before disease was entrenched so we could actually do something about it to interrupt the process. 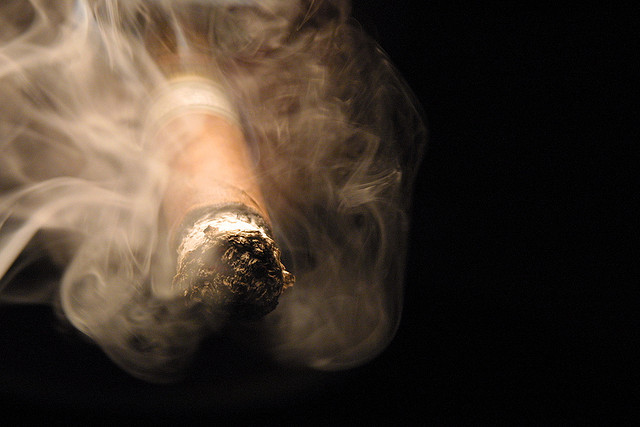 Tobacco smoke is a source of benzo(a)pyrene, a carcinogen that’s classified as a polycyclic aromatic hydrocarbon (PAH). While studying lung cancer in adults, Dr. Perera was surprised to find benzo(a)pyrene in a control sample of newborns’ cord blood, prompting her to study prenatal and childhood exposure to environmental toxins. (Photo: Justin Masterson, Flickr CC BY-NC 2.0)

CURWOOD: Talk to me about some of the practical applications of what you discovered, this molecular epidemiology approach that you developed.

PERERA: I and my colleagues have applied it here to better understand the causes of the diseases in children that are so common and were escalating back when I was beginning - childhood asthma, obesity, ADHD, autism - and we found that not only did air pollutants play a role but also that we were finding many different synthetic organic chemicals in blood or urine from pregnant mothers and also from the newborn cord blood and they included bisphenol A and phthalates, both found in plastics, the flame retardant PBDEs, and pesticides like Chlorpyrifos. And so we used this tool to study to enroll pregnant women and follow their children from before birth to learn about the impacts on children's health and development of the mother's exposure during pregnancy. And these studies occurred in, not only New York City, but Poland and China. And we have found evidence that all of these exposures can play a role in various of the health outcomes that we were concerned about in children; neuro-developmental problems and even increased risk of cancer, and very strikingly we found some evidence that certain of these exposures may also alter the anatomical development of the brain early on.

CURWOOD: What are the largest sources of the chemicals of concern? 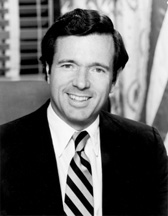 Senator John Heinz earned a reputation for protecting the environment by his involvement in “Project 88,” which recommended market-based solutions to environmental problems, the Pennsylvania Wilderness Act, and his chairmanship of GLOBE USA (Global Legislators for a Balanced Environment). He served in Congress as a Representative of Pennsylvania from 1971 to 1976, and as a Pennsylvania Senator from 1976 until his untimely death in 1991. (Photo: Mattes, Wikimedia Commons)

PERERA: The chemicals that we and others in finding an children's bodies come from many different products that are used in everyday life - consumer products, components of buildings, furniture, cosmetics and found in our food. Many of them get into our food and these exposures are largely involuntary, that is, individuals don't have control over them.

CURWOOD: Now Dr. Perera, you've testified in Congress urging revisions in the Toxic Substances Control Act. That hasn't happened so far. What else have we learned in recent times that suggest perhaps now is the time that that law should be changed to reflect your research and others’ research?

PERERA: There are now 80,000 chemicals in use and only 7% according to EPA had a complete set of toxicity screening data. That's a big problem that chemicals have been manufactured and released into the environment and are now capable of reaching our bodies and the bodies of our developing fetuses and young children. We do we need a change in that regulatory structure to require pre-manufacture testing to look at the chemicals and exposures that are most harmful. It's a question of shifting the burden from individuals or researchers or even EPA to show that there's a problem with chemicals to the manufacturers to show that they are actually safe. The good news is that once we identify as harmful environmental exposures they by their very nature are preventable, and the potential benefits are huge. The costs of a childhood illness due to environmental contaminants in 2008 were estimated at $76 billion.

CURWOOD: Dr. Perera, this is all pretty depressing stuff what these chemicals can do. What makes you optimistic? 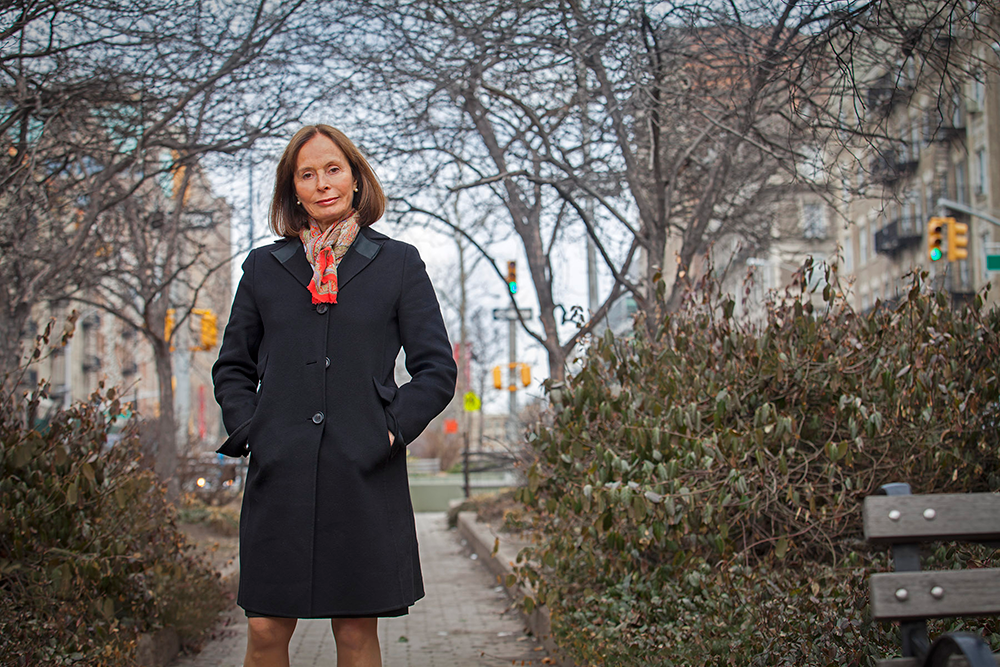 PERERA: Well, I'm optimistic that robust science can help drive preventive policies. The research from our center has been credited with prompting changes at the local level to reduce emissions from traffic and also residential heating, and to eliminate toxic pesticides in city housing. We also were able to show that there are some economic benefits when we reduce pollution that can play out over the lifetimes of the children and also possibly into future generations.

PERERA: Thank you very much, Steve. I enjoyed it.