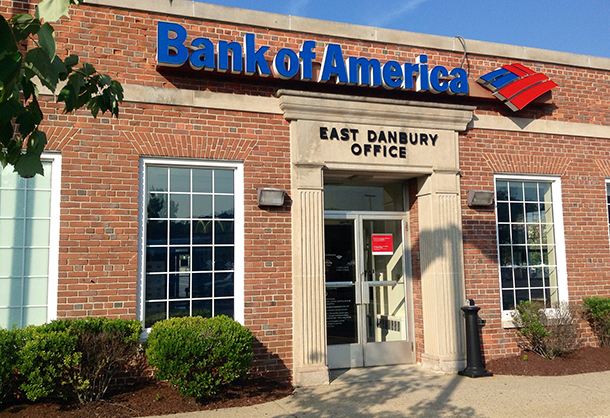 In this week’s trip beyond the headlines, Peter Dykstra tells host Steve Curwood about the continuing, slow collapse of coal investments; how Shell won approval to drill for oil in the arctic, despite many unfavorable conditions; and that experimental forest areas have provided scientists with important acid rain research.

CURWOOD: OK. We’ll head off to Conyers, Georgia, now to see what Peter Dykstra has dug up in the world beyond the headlines. Peter’s with Environmental Health News, EHN.org and the DailyClimate.org and he’s on the line. Hey there, Peter.

DYKSTRA: Hi, Steve. Let’s start with another blow in the so-called “War on Coal,” this time, from those tree-hugging, capitalism-hating folks at the Bank of America.

CURWOOD: Well I had no idea that bank-hated capitalism so much. Or maybe there’s a touch of sarcasm in there.

DYKSTRA: Yes, just a touch. At its annual meeting, the Bank of America announced that it’s pulling back from many key investments in the coal industry, saying they’re “reducing our credit exposure to the coal mining sector globally.”

CURWOOD: So can the fossil fuel divestment movement take any credit for this?

DYKSTRA: Yes they can. The bank acknowledged several years’ worth of pressure from activist groups but said they’ll continue to promote what they call “the responsible use of coal.” But make no mistake, this is a bank, a very big bank, and it’s about money first and foremost. Which brings us to another Living On Earth stock report.

CURWOOD: Yes, stock reports, precisely why people tune in to Living on Earth.

DYKSTRA: Right but here’s an update on the continued collapse of coal stocks. It’s gotten much worse since we talked about this several months ago. In 2011, Arch Coal, one of America’s biggest producers, peaked at about $38 a share. It’s now just below one dollar, officially a penny stock. Another coal giant, Alpha Natural Resources, has gone from about $75 to about 78 cents in that same time frame. Both companies have been warned by the New York Stock Exchange that they could be de-listed. The Bank of America may hear climate activists talking, but that’s some money talk that’s too loud to ignore. And one more – Patriot Coal, a big player in the eastern US, filed for bankruptcy for the second time this past week.

CURWOOD: So a lot of folks in the coal industry who have never accepted the science on climate change are up against...what - the Big Bank Theory? 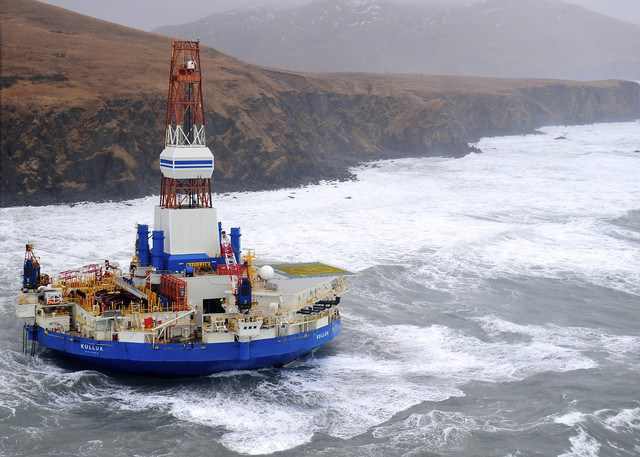 Shell attempted to drill in the Arctic a few years ago, but failed to meet environmental and safety standards. Despite this history, the Obama Administration approved Shell’s fossil fuel exploration plans in the region. (Photo: Day Donaldson; Flickr CC BY 2.0)

DYKSTRA: Nice one. Let’s move on to another item from the fossil fuel world. Having obtained a crucial approval from the Obama Administration, Shell says it’s headed back to the Arctic for offshore oil exploration. They’re doing so despite a whole host of apparent reasons why maybe they shouldn’t.

CURWOOD: The most obvious one being fossil fuels and climate change, but that’s never stopped oil exploration before.

DYKSTRA: Sure, but also, Shell’s abortive first attempt in 2012 was a comedy of errors and Coast Guard safety violations. In addition, the US Bureau of Ocean Energy Management said six months ago that Arctic drilling carried a 75% chance of at least one significant spill, and dealing with an oil spill in the cold, stormy, and for the moment ice-choked Arctic would be a daunting task. But then there’s the 1,000-pound polar bear in the room.

DYKSTRA: Extracting oil from the Arctic is almost prohibitively expensive, and despite some recent jumps in oil prices, petroleum products are still going cheap. We’re way under $100 a barrel for the foreseeable future. The USGS among others have estimated that oil prices would have to be anywhere from $100 to $300 a barrel to give Arctic oil drilling even a slim chance of being profitable, let alone safe.

CURWOOD: So unless Shell knows something we don’t, the numbers don’t add up. Hey, what’s the stop on the history train this week? 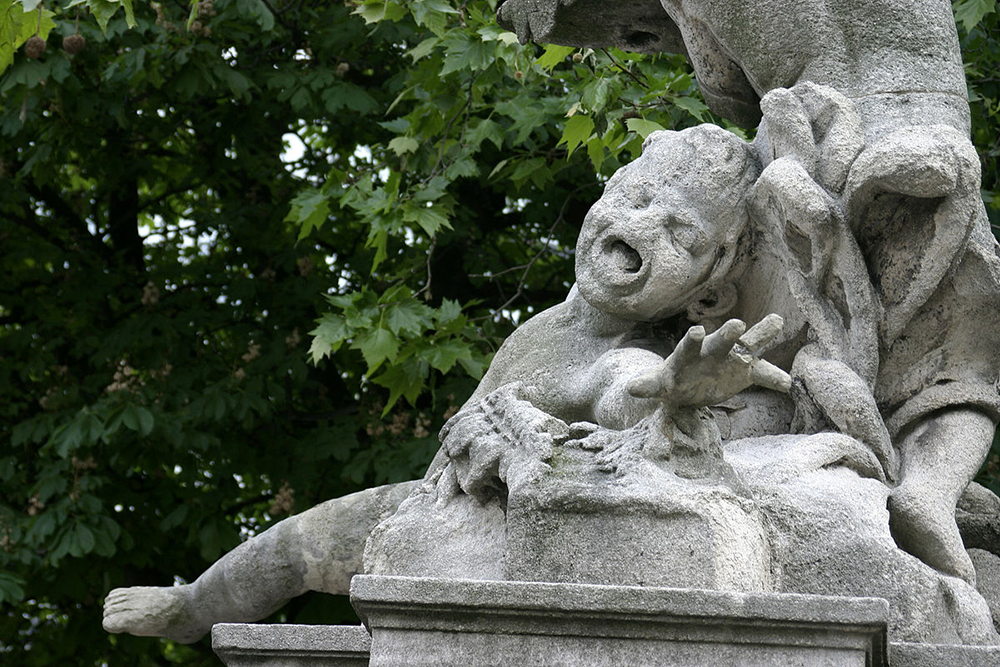 Thanks to much of the research done at Hubbard Brooks Experimental Forest, we now know more about the effects of acid rain. Acid rain erodes many stone structures, particularly limestone. (Photo: Nino Barbieri; CC BY 2.5)

DYKSTRA: Let’s pay tribute to thinking ahead, and the value of smart science. Sixty years ago this week, the US Forest Service established the Hubbard Brook Experimental Forest in New Hampshire—three thousand acres of protected forests where geeks can play with trees. Hubbard Brook has provided invaluable information about forest ecosystems and protecting streams, and it’s been one of the most important research sites in the world for learning about acid rain.

CURWOOD: Of course we’ve covered the problems and progress on the acid rain issue over the years.

DYKSTRA: And in addition to Hubbard Brook, whose work continues, we should mention Canada’s Experimental Lakes Area in Ontario, another pioneer in acid rain science, which the Canadian Federal government put on the chopping block two years ago, but a mix of private and provincial money came to the rescue and is keeping this landmark facility alive.

CURWOOD: And moving science forward. Peter Dykstra is with Environmental Health News, that’s ehn.org and the DailyClimate.org. Hey Peter thanks for taking the time today.

DYKSTRA: All right Steve, thanks a lot, we’ll talk to you soon.

CURWOOD: And if you want to hear more or see more on these stories visit our website, LOE.org.


Bank of America's to limit credit exposure to coal

Arctic Drilling is likely to lead to a large oil spill

Estimates of oil drilling in the arctic are costly

Our coverage of acid rain and the Clean Air Act