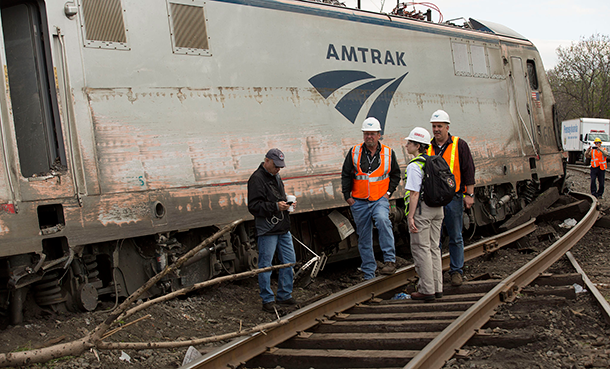 CURWOOD: From the Jennifer and Ted Stanley Studios in Boston and PRI, this is Living on Earth. I'm Steve Curwood. America's railroads are in trouble. There have been a series of fiery crude oil accidents on freight lines and a mid-May derailment of a speeding Amtrak passenger train outside Philadelphia killed at least eight people and shut down the popular service between New York and Washington, DC, for days. But perhaps an even bigger problem for Amtrak is money. This year, Congress granted additional temporary funding to keep federal highway construction moving forward, but it chopped Amtrak's subsidy once again. Highways, airports and public transport all receive federal subsidies, but in the view of John Olivieri of the US Public Interest Research Group, passenger rail is woefully underfunded. John, welcome to Living on Earth.

OLIVIERI: Thank you, very happy to be here.

CURWOOD: John, where does the US stand compared to other countries in terms of rail technology, infrastructure and funding?

OLIVIERI: Well, the US is falling way behind when it comes to rail funding and transportation infrastructure and specifically falling way behind when it comes to the development of high-performance rail. Other countries have invested heavily in the development of high-speed rail. Japan has a train that goes 374 miles an hour. The Euro Star travels from London to Paris at 200 hundred miles an hour. These trains have a safety record that is absolutely stellar; yet we here in America are shocked to discover that a train was going 106 miles an hour. That is not a particularly fast speed in many other parts of the world, and we need to get to a point where our transportation system enables trains to be able to travel faster than 106 miles an hour in a safe manner.


Japan’s high-speed “bullet trains” routinely travel 200 miles per hour. A new maglev train in Japan broke the world speed record this April when it reached an astoundingly fast 374 miles per hour. In contrast, Amtrak's Train 188 was traveling at about 100 miles per hour when it rounded a curve and derailed. (Photo: Steinsplitter, Wikimedia CC BY-SA 2.0)

CURWOOD: In the wake of the Philadelphia crash, there's been criticism that despite receiving billions of dollars from Congress over recent years, Amtrak hasn't put this funding into action. How do you respond to this?

OLIVIERI: Well, I think it's an unfair criticism. Amtrak has growing ridership. In the last fiscal year alone, 30.9 million passengers have taken Amtrak, and about 11.6 million passengers have taken Amtrak in the northeast corridor. So Amtrak is providing a product that is clearly in demand, and when we look at the level of subsidies that Amtrak and other rail services are being offered relative forms of transportation like building new roads and highways, what we actually find is that rail is getting a much lower subsidy than driving. So, for example, the intercity rail system receives about a $1.50 in subsidies for each American whether or not they take rail on a daily basis or on a weekly basis. But if you compare that to the subsidies that our highway system receives, our highway system receives about $1,100 dollars a year from each person regardless of whether not they drive a little bit or a lot. In 2013, driving received about $69 billion dollars in subsidies. That's more than Amtrak has received in its entire 40-year history.

CURWOOD: Just a few hours after the crash outside Philadelphia, Congress actually cut funding for Amtrak. What you make of that?

OLIVIERI: Amtrak is not paid for in the way that we pay for other transportation priorities through the Service Transportation Act. Amtrak is authorized yearly in a separate appropriations bill, and that bill is the subject of perennial debate and discussion. There are those in the Congress that feel that we shouldn't be spending any money on public transportation. This annual reauthorization provides ample ground for those critics to go out there and expose those beliefs. I think it's unbelievable that the house would vote to cut Amtrak funding just hours after such a tragedy has occurred. 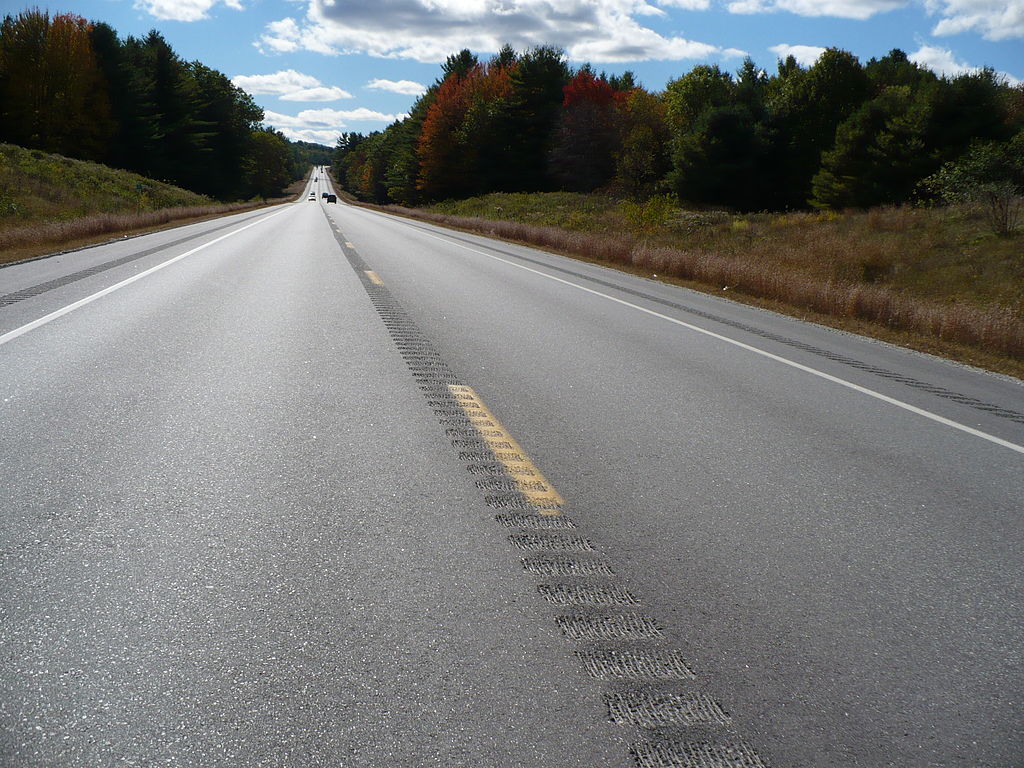 CURWOOD: So how has the Congressional propensity to restrict funding affected Amtrak's ability to allocate money where it's needed?

OLIVIERI: This is really a key point. Because Amtrak is authorized yearly rather than in longer increments as we do with some of our roads and our bridges, it becomes next to impossible for those at Amtrak to sufficiently plan for the transportation system that we're all going to need for the future. When we have discussions about: Wouldn't positive train control have prevented this devastating injury? How can we expect those at Amtrak to be able to fully implement such a complicated system when they don't know where their next dime is coming from, year to year.

CURWOOD: John, how should we upgrade our current rail system to make it safer and more efficient?

OLIVIERI: I start with the proposition that our rail system is experiencing record high ridership and is strongly projected to grow. Ridership has almost doubled since the year 2000 and growth has continued to be projected. So when we look at what investments are going to be needed, what we see is that in the northeast corridor, for example, in order to meet this projected future demand and in order to achieve a state of good repair, Congress is going to need to invest about an estimated $10 billion dollars over the next 15 years, and that's probably a conservative estimate. In 2007, Amtrak issued the northeast corridor infrastructure master plan and that put the total needed for investment closer to $52 billion dollars.

CURWOOD: What's the return on investment in rail infrastructure versus fixing the highways?

OLIVIERI: Well, fixing the highways is a different question from expanding the highways, and unfortunately, all too often we sacrifice dollars at the federal and the state level that are probably best put towards fixing our crumbling bridges and our infrastructure and instead we build new and wider highways. The major return on investment I don't think is necessarily a monetary one, though there are certain economic benefits to being able to move goods efficiently. I think the most important return on the investment from rail really comes for what it can do for our society, right? So rail is a way of increasing energy efficiency and when we compare rail to other forms of transportation such as driving, we see that we get the best bang for our buck by putting our dollars into increasing rail than to building that next highway which may be of questionable value.

CURWOOD: So, compare the carbon footprint of passenger rail to the automobile and buses and so on and so forth.

OLIVIERI: So rail is significantly more energy-efficient than other modes of transportation, and it also has significantly lower carbon footprint. What we find when we look at rail is that light rail produces 62 percent less CO2 emissions per mile than a single occupancy vehicle would. Another way of putting this is that the average passenger car in the US produces just under one pound of carbon dioxide per mile, whereas a commuter rail or a light rail transit only produces about a third of a pound per mile. So there are substantial benefits to be had by investing more money in rail and making sure that we as American people opt for that form of transportation when it is available to us.

CURWOOD: John Olivieri is 21st century transportation campaign director for the US Public Interest Research Group. John, thank you so much for taking the time today.

OLIVIERI: Thank you, it's been a pleasure.

Plans for high-speed rail in the U.S.