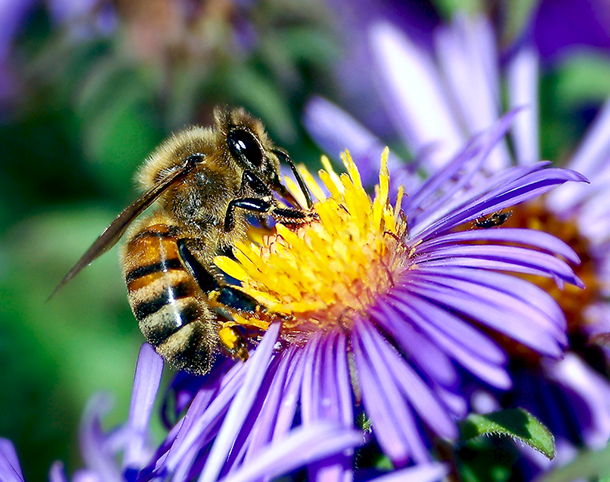 In this week's trip beyond the headlines, Peter Dykstra tells host Steve Curwood about a coal company's proposed solution to energy poverty, some lesser-known winners and losers from the West Coast drought, and how lessons from actions to defuse the pesticide DDT's effect on Bald Eagles could be applied to America's threatened honeybees.

CURWOOD: It’s Living on Earth. I’m Steve Curwood. Let’s head off to see what’s happening beyond the headlines now. Peter Dykstra of Environmental Health News, EHN.org and the DailyClimate.org acts as our guide, and he joins us on the line from Conyers, Georgia. Hi, Peter, what’s up?

DYKSTRA: Hi, Steve. Let’s start with a little bit of a facepalm from a coal industry giant, actually a double facepalm. A buzz phrase these days is “energy poverty,” the notion that poor people are poor, in part, because energy is so expensive. Well, the men and women of Peabody Energy would like you to know that the solution to energy poverty is to buy more and more of their coal.

CURWOOD: Yeah, but I think we’ve learned that there are some major side effects from coal burning.

DYKSTRA: Yeah, just a few, but that’s not what gets me about this. Peabody’s a 125 year-old company that built its declining fortune on the backs of coalmining families in the Midwest and Appalachia. They helped create some of America’s poorest communities. So coal as cure for poverty is a bit of a reach. But Steve, Peabody’s not done reaching. 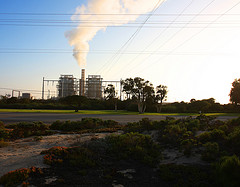 Peabody Energy recently created a video promoting the coal industry as a force to fight energy poverty in developing nations like China. Critics say the company’s push for a humanitarian image is intended to distract from its contributions to climate change. (Photo: Rennett Stowe, Flickr CC BY 2.0)

CURWOOD: OK, what else?

DYKSTRA: I’m not making this up, and presumably neither were the folks at the Guardian when they first reported this, but at an industry conference last September, Peabody CEO Greg Boyce suggested that more coal energy could have helped develop and distribute an Ebola vaccine more quickly and possibly could have staved off the Ebola epidemic in West Africa. Steve, coal can do anything.

CURWOOD: Well it is true that many parts of Africa don’t have access to abundant electricity, but there wasn’t a vaccine to distribute so it seems a stretch.

DYKSTRA: It seems a ludicrous stretch, according to health experts – and one final note on all this: Mr. Boyce retired this month as Peabody’s CEO, and he’s reportedly earned over $57 million dollars over an eight year stretch as a coal boss.

CURWOOD: So coal seems to have cured HIS poverty. What’s next?

DYKSTRA: We’ve heard lots about the big losers in the West Coast drought: agriculture, big drinking water systems. Everybody’s hurting, and even when rains do come, like in Texas and Oklahoma recently they can take a big toll in lives and property. But let’s take a quick tour of some of the other less visible things hurt by this epic drought on the West Coast.

Whitewater sports for example. No snowpack in the Sierras, no roaring rivers, and a greatly reduced rafting and kayak season.

Salmon, and salmon fishermen. Steve, if you’re a salmon, and I’m not saying that you are, and your spawning river is too warm and dry, how do you get back to the ocean?

DYKSTRA: Of course you do. State and Federal agencies have trucked salmon by the millions downstream to San Francisco Bay since February. A few more things: Millions of trees are dying, in forests and also in cultivated orchards for fruit and almonds. The dying forests usually mean a bad wildfire season. 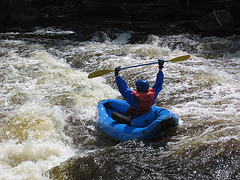 The whitewater-rafting season is being shortened by decreases in snowpack caused by the West Coast drought. Snow in the mountains feeds into rivers, raising water levels, but without enough snow, the water is too shallow to keep rafting enthusiasts and businesses afloat. (Photo: Jeremy Jannene, Flickr CC BY 2.0)

And California gets nearly 20 percent of its electricity from hydropower in a normal year. Last year, that fell to 8% as less water passed through hydrodams. So toss in a little powerless with your thirsty.

One winner in the drought: Landscaping services, who offer lawn painting. Yes, lawn painting. If there’s no water to green your lawn, a nice dye-job will have to do.

CURWOOD: Oh my! So what’s our history lesson for this week, Peter?

DYKSTRA: Steve, it’s a lesson from history indeed, but not necessarily one that we’ve actually learned yet. Seventy-five years ago this week, Congress and President Franklin Delano Roosevelt enacted the Bald and Golden Eagle Protection Act.

CURWOOD: Yeah, Congress and a President, working together, I’ve heard about that.

DYKSTRA: Back in the day it happened, Steve. The law was in response to a drop in eagle populations, from habitat loss, from hunting, from people in pursuit of eggs or eagle feathers, and it was hoped that bald eagle populations would stabilize as a result of this new protection. But nobody factored in the rise of DDT; the miracle pesticide had just been invented a year earlier in 1939. So as the law helped stop people from taking Bald Eagle eggs, we learned after over time that DDT made birds’ eggshells thinner, and our National Symbol ended up perched on the Endangered Species list.

CURWOOD: But DDT was banned in the ‘70’s, and the eagles are coming back. 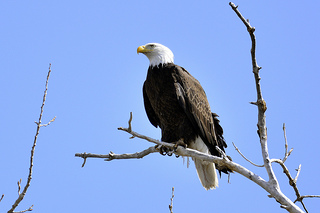 Seventy-five years ago, the Bald and Golden Eagle Protection Act prohibited people from removing eagles and their eggs from the wild. But it wasn’t until the insecticide DDT was banned in 1972 that populations began to recover. The number of bald eagle nesting pairs skyrocketed from 417 in 1963 to 9,789 in 2007. (Photo: Bill Evans, Flickr CC BY 2.0)

DYKSTRA: Precisely, and that’s the lesson we may or may not learn. President Obama recently announced an ambitious plan to save honeybees. The crucial pollinators have been in a freefall, and the government is taking steps to create and save bee-friendly habitat. But the President’s plan doesn’t pay much attention to the relatively new class of pesticides called neonicotinoids that are widely believed to be a big contributor to the bee crisis. Honeybees may or may not have time for us to play catch-up with these modern pesticides like we did with DDT. And to tie it all together—one of the most honeybee reliant food crops in the U.S? All of those thirsty almond trees out in the California drought.

CURWOOD: So let’s hope there’s a Plan “Bee” for pollinators. Thanks for that, Peter.

DYKSTRA: Alright, Steve, thanks a lot; we’ll talk to you soon.

CURWOOD: Peter Dykstra is with Environmental Health News, that’s EHN.org and the DailyClimate.org and there’s more on these stories at our website LOE.org.


Peabody Energy tries to rebrand coal as a cure for poverty

Peabody energy claims coal could have curbed the spread of Ebola

Lawn painting businesses are booming as the drought drags on