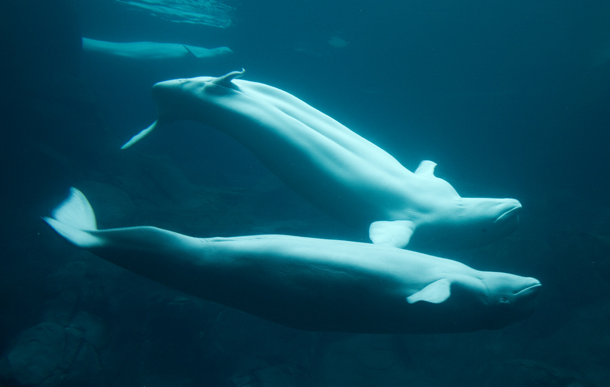 Three beluga whales were spotted in rivers along New Jersey’s shore. They were previously sighted in Rhode Island’s Narragansett Bay and along the coast of Long Island. Some scientists are concerned because belugas typically live in colder Arctic waters and whales find rivers hard to navigate. (Photo: Brian Gratwicke, Flickr CC BY 2.0)

CURWOOD: Well, let’s go beyond the headlines now. As usual, we turn to Peter Dykstra of Environmental Health News, EHN.org and the DailyClimate.org for a sidelong view on the news. He’s on the line from Conyers, Georgia. Hi, Peter.

DYKSTRA: Well, hi Steve. I have a little marine mammal mystery for you. Three young beluga whales, natives of the cold waters of the Arctic, showed up a few weeks ago at the Jersey Shore.

DYKSTRA: How ya’ doin’? They were spotted in May in Narragansett Bay in Rhode Island — these are whales that are almost never spotted off the Atlantic coast of the US, and they’ve since moved farther south, swimming against the conventional wisdom that much marine life is moving north as ocean temperatures rise.

CURWOOD: Yeah, and ocean waters off New Jersey can get really warm in the summer. What kind of risk is this for belugas?

DYKSTRA: It’s quite possibly a risk. Scientists are keeping a close eye on the trio, and in those crowded waters, boat traffic and other human activity is a risk. And federal officials have a friendly warning for beachgoers at the Jersey Shore: you touch my whales, I bust you under the Marine Mammal Protection Act.

DYKSTRA: Well, you know I spent 18 years as a management weasel in TV news, so I pay close attention to how little attention environmental stories get. But over at the Weather Channel, a major redemption may be underway. They’ve assembled “The Climate 25,” influential voices from unexpected places hoping to change a few reluctant minds about climate change. 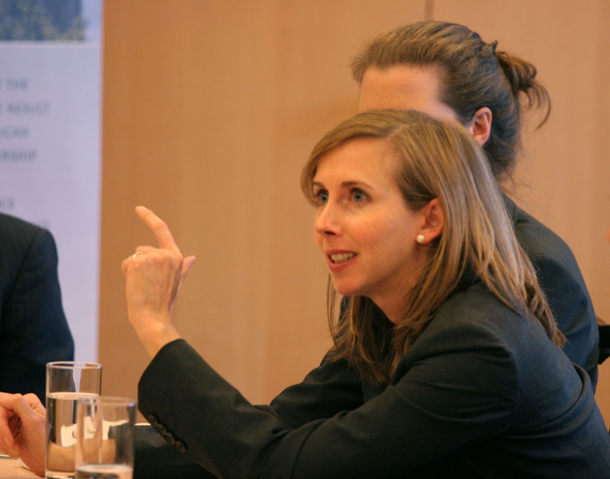 Heidi Cullen is the chief scientist for Climate Central, a nonprofit environmental organization. She is also the author of The Weather of the Future and a former on-air climate expert for The Weather Channel. (Photo: United States Mission Geneva, Flickr CC BY-ND 2.0)

DYKSTRA: A remarkable number of military men, CEO’s, and Republicans. James Woolsey, the former CIA director; Hank Paulson, who was George W. Bush’s Treasury Secretary; Paul Polman, CEO of Unilever. All delivering short, sharp messages intended to sway those who aren’t yet convinced that climate change is a huge problem. But there’s one name among the 25 that represents a sweet redemption.

CURWOOD: And who would that be?

CURWOOD: I suppose they got pink slips on recycled paper, with soy ink, maybe?

DYKSTRA: Presumably, but she’s now back among the powerful voices on climate change as part of this apparently big redemption at the Weather Channel. I’m looking forward to it.

CURWOOD: That sounds worth seeing. So what do you have for us on the history calendar this week?

DYKSTRA: Well, this is the time of year when Hollywood unleashes its summer blockbuster movies, and for two straight years back in the mid seventies, these had unexpectedly strong environmental themes. In 1974, it was “Chinatown,” the film noir classic with Jack Nicholson and Faye Dunaway — a murder mystery all wrapped around the dirty business of water rights in Southern California.

CURWOOD: And that’s a theme that resonates today with the drought out west.

DYKSTRA: It does indeed. And another Hollywood classic released in 1975, forty years ago this week: “Jaws.” Bad, bad shark terrorizes a mythical New England beach resort. The movie set off such an anti-shark backlash that Peter Benchley, who wrote the book it’s based on, later said he regretted it all. Late in life, Benchley became a vocal advocate for protecting sharks. But you know who might be the most important environmental notable in “Jaws?” 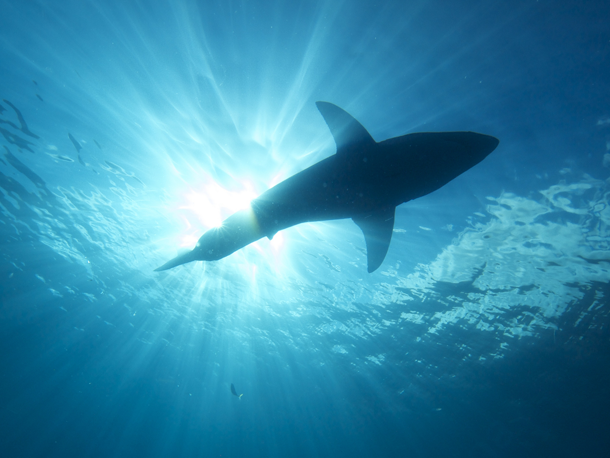 DYKSTRA: That’s a good guess, but I’m going with the Mayor. He’s mortified at the prospect of losing the beach season to fear, so he runs up and down the beach in his classic 1970’s polyester suit saying “There are no sharks at Amity Island.” Shark denial as a predecessor to climate denial.

CURWOOD: I’ve gotta ask, Peter, these were epic movies, but how did they do at the Oscars?

DYKSTRA: Chinatown got eleven nominations but only one Oscar. Godfather II killed that year, no pun intended. Jaws got four nominations, won two of them, including for that unforgettable shark music from John Williams.

CURWOOD: Ah, yes, who could forget! Peter Dykstra’s with Environmental Health News — that’s EHN.org — and The Daily Climate. Thanks, Peter!

DYKSTRA: All right Steve, thanks a lot. Talk soon.