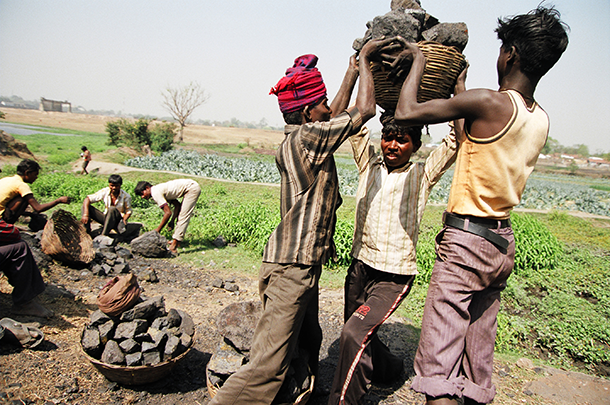 While coal use is petering out in the US, it’s still a prominent source for energy in the rest of the world. India is one of the top polluters worldwide where coal consumption is showing no signs of decreasing. (Photo: Bigstock Photo)

Recently natural gas overtook coal as the dominant fuel for power generation in the United States, though its use is still growing in some developing nations. Climate writer and physicist Joe Romm believes coal’s days are numbered, and discusses with host Steve Curwood why natural gas is also a problematic energy choice given the urgent need to slash fossil fuel use for the sake of the climate.

CURWOOD: From the Jennifer and Ted Stanley Studios in Boston and PRI, this is Living on Earth. I’m Steve Curwood. To avoid catastrophic global warming, scientists say we have to cut greenhouse gas emissions and that means slashing the use of fossil fuels. And new numbers indicate that change is already well underway. First, analysts report that saving the climate can also save money. Since 2012 the 9 Eastern states that use market-based incentives to reduce carbon emissions from power plants have reaped $1.3 billion in economic benefits and saved customers a half billion dollars. And for the first time in history natural gas is now outstripping coal when it comes to electric power generation in America, a major milestone on the way to rebuilding the energy economy. Joining us to discuss these developments and more is Joe Romm, scientist, writer, and head of the blog Climate Progress. Welcome back to Living on Earth, Joe.

CURWOOD: So recently natural gas passed coal, at least temporarily, as the dominant source of American electricity. Ten years ago this seemed unthinkable. What happened?

ROMM: Well, a lot of things have been pushing coal out of the marketplace. Renewable energy, particularly wind, has been coming down sharply in price and exploding in growth. Energy efficiency has slowed electricity demand growth. We've had the shale gas revolution which has brought down the price of natural gas and that has been substituting for coal also. And then we had a campaign, very effective campaign from the Sierra Club, to shut down the dirtiest and worst of the coal plants. In fact they just celebrated shutting down their 200th coal plant in Iowa. So all of this has combined to see the shift away from coal towards cleaner forms of electricity generation, which now are really as cheap as coal. 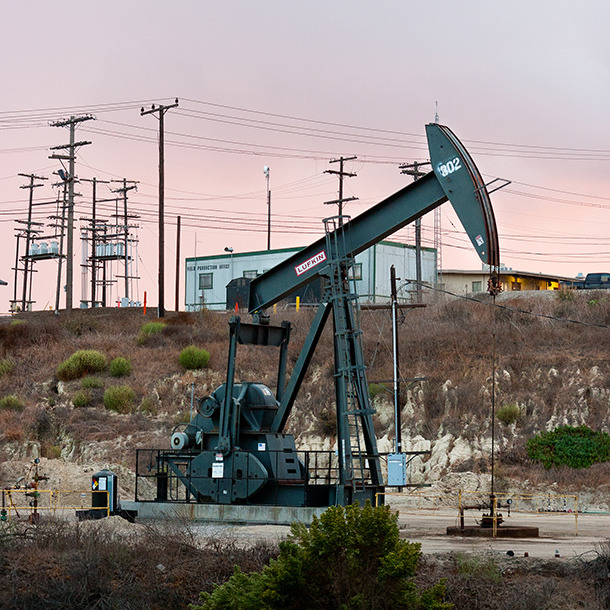 Natural gas has surpassed coal in the United States in large part due to fracking technology. (Photo: Erik Gustafson, Flickr CC BY 2.0)

CURWOOD: Natural gas is much better for air quality and this energy conversion will certainly save lives, but we know that methane leaks from the natural gas production process and distribution system, and those leaks are a serious problem for the climate. How good is this shift from coal to gas, how good is this really, if it's just ushering in a new type of fossil fuel with its own set of climate impacts?

ROMM: Well, I think two things. There is no question that if we want to avoid catastrophic climate change we are going to have to get off of fossil fuels and go down to zero carbon emissions, and that means getting off of coal, oil and natural gas sometime in the second half of the century. The specific case of natural gas...natural gas, people should know, is mostly methane, and methane is a very potent greenhouse gas. And over the short term, for instance over a 20 year period, it can be 80, 90 times as powerful at trapping heat as carbon dioxide is. So, yes, if you have a natural gas system, even a small amount of leaks can undermine the benefit of replacing a carbon-intensive coal plant with a much more efficient and cleaner natural gas plant, and there have been many studies on this recently which suggests that the leak rate is quite high. What to do about that? Well, some people are working in the area of reducing those leaks, others would recommend let's go straight to renewables and sort of use natural gas as a supporting or backup technology when the renewables aren't available. But ultimately, natural gas is really a short-term solution. 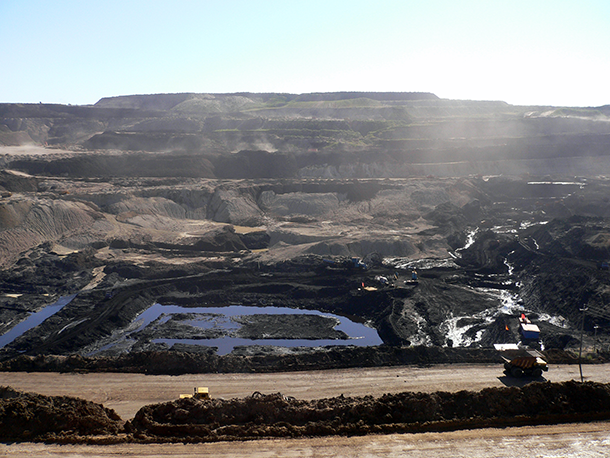 An open pit coal mine in Mongolia (Photo: Herry Lawford, Flickr CC BY 2.0)

CURWOOD: So, we may burn less coal here in the United States, but our nation exports plenty of it abroad, particularly from the west. What you make of that? The atmosphere doesn't care where coal is burned in terms of climate change.

ROMM: Absolutely, and that is a very big deal. There's no question that simply not burning it here, but selling it to other people who do burn it, as you say -- from a global warming point of view, it only matters what ends up in the atmosphere not where it comes from. Now, the good news is that many other countries have come to realize that coal is something they have to get off of pretty quickly. So, the European Union has been aggressively reducing carbon pollution and has recently proposed a very deep cut as part of their commitment for the upcoming Paris climate talks in December - a 40 percent reduction versus 1990 levels. The other big player, the country that has been responsible for literally 80 percent of global growth in coal demand since the year 2000 is China, and China last November announced a major deal with the United States, with President Obama, to peak its carbon dioxide emissions in 2030, and a week or two later it said it would peak its coal use in 2020. And I was just in China for several days and a great many people think that in fact coal is starting to peak in China right now. It's been declining in the last year or two. And I think it's safe to say that the era of very rapid global growth driven by China is now over. 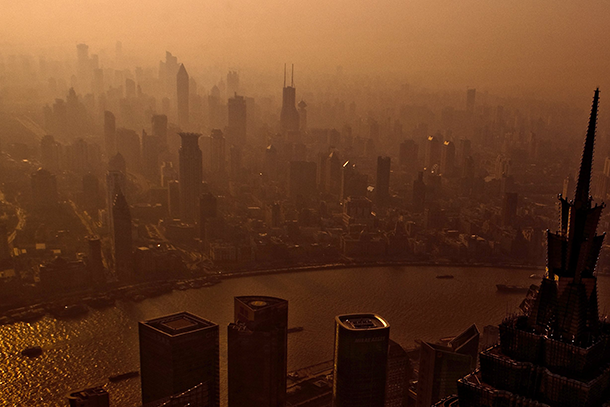 China has recently pledged to reduce its coal use, partially because of the public health crisis caused by burning coal near cities. (Photo: Lei Han, Flickr CC BY 2.0)

ROMM: Well, I think there is no question that it's really kind of obscene to lease coal mining for the area in the West is ridiculously cheap compared to the world market price of coal. So yes, the taxpayers are getting heavily ripped off—A to the benefit of coal companies and B to the detriment of the environment. So it's kinda lose-lose for Americans across the board. In a perfect world I think the United States would say: “you know we understand we have a responsibility to not help fuel other countries' increase in global warming pollution while we reduce our pollution.” And I am hopeful that as countries like China step up to the plate and say, "we're going to move off of coal," that that export market is going to dry up and and there's no question that many financial firms have said that the future of the export market is not bright.

CURWOOD: What about India? It seems to be a place that more and more coal plants are going up as China is saying that it has hit its peak emissions of coal burning.

ROMM: Yeah, it's a very good question. India looks at China and sees that China a country that has developed rapidly and brought a lot of people out of poverty. Now, China did so by a massive deployment of coal plants. Now I've been to Beijing, I think you’ve been to China. Anyone who has gone there sees what it has done to the air quality and understands that it's harming kids, it's reducing the IQ of kids, it's making people much sicker, it's ruining the water. I don't think India is going to make the mistake of following China's exact path and destroying its own local environment. Hopefully it will combine some coal with a transition towards clean energy because ultimately everyone is going to zero in the second half of the century whatever your current plan is now. 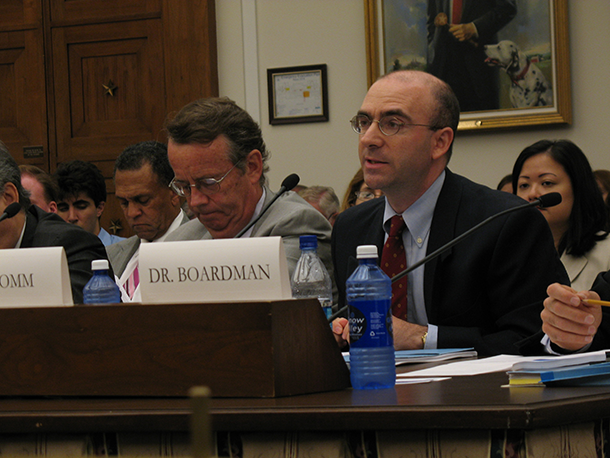 CURWOOD: And the numbers that are out, that gas is passing coal here in the US, that folks are making money from the implementation of renewables that economists are seeing, means we are well down this path?

ROMM: Yeah, I think the age of coal is clearly coming to an end. It’s not going to end tomorrow, and it’s not going to end in ten years, but it's coming to an end, and over the course of the lifetime of many of your listeners, the world is going to use substantially less and less coal, ultimately going pretty close to zero, I think. We're in the beginning phases of this transition and over the next 10, 20, 30 years you're going to see continued explosive growth of wind power and solar power and batteries and electric cars and it will all come together in a move off of carbon entirely by 2050 or shortly thereafter.

CURWOOD: Scientist and writer Joe Romm is head of the blog Climate Progress. Thanks so much for taking time with us today.