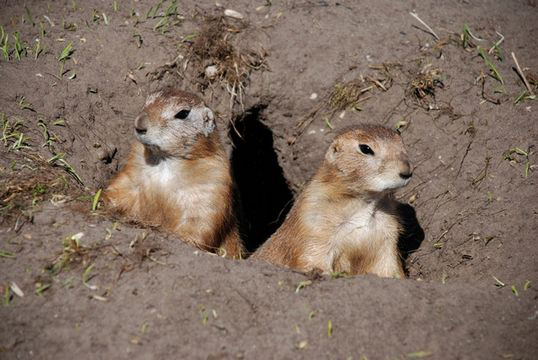 Black-tailed prairie dogs once numbered in the billions across the grasslands of the Western US and Mexico, but ranchers essentially exterminated the rodent to make way for livestock. As One Species at a Time host Ari Daniel reports, without prairie dogs, the terrain can turn to desert. But some activists are working to revive the once-thriving prairie dog community and the Mexican prairie along with them.

CURWOOD: Well, the health of our land and landscape depends on a delicate interdependence between all the parts of the ecosystem, and if you remove a species, you can upset the whole balance. Today, reporter Ari Daniel Shapiro has the story of one particular animal, and its vital role in Mexico's prairie.

SHAPIRO: Gerardo Ceballos is only 54, but he feels like he’s racing against a clock.

CEBALLOS: I don’t have so many years left.

SHAPIRO: Ceballos is refusing to let his time run out before restoring a special place in his native Mexico.

Our story actually starts well before Ceballos was born – back in the 1800s – when cattle ranching was surging through the prairies of North America, from Manitoba, Canada all the way down to Chihuahua in Mexico. And this is where the real heroes of our story come in – though, at the time they were no heroes to the cattle industry. I’m talking about Cynomys ludovicianus, or black-tailed prairie dogs.

CEBALLOS: Prairie dogs are really nice animals. They are the size of a relatively large cat.

SHAPIRO: They’re a kind of squirrel that can stand on two legs to survey the grasslands for predators. And prairie dogs thrived in North America.

SHAPIRO: But ranchers came to believe that prairie dogs were competing with their cattle for grass, and that cows and horses were breaking their legs by stepping into the prairie dog burrows. Opinions are divided on how serious these problems were. But many ranchers were convinced – and with support from the US government – they launched an all-out war on the prairie dogs. One weapon of choice was a kind of nerve toxin.

CEBALLOS: It’s a poison that will produce convulsions, a failure of the lungs and the heart. It’s a really nasty thing.

SHAPIRO: Tablets of this stuff were tossed down into the burrows, where they produced a toxic vapor that killed everything in its wake.

CEBALLOS: We are talking about probably billions of prairie dogs.

SHAPIRO: Billions that were killed by this toxin?

CEBALLOS: By poisoning and then by the advance of agriculture. It has been one of the most dramatic, drastic exterminations of an animal by humans. 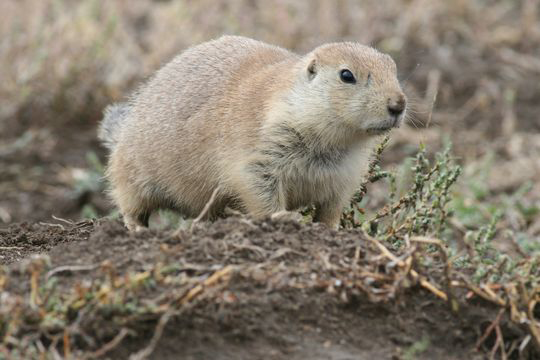 SHAPIRO: Within 50 to 60 years, prairie dogs were eradicated from 98 percent of the area they used to call home; from 30 billion animals to 1 or 2 million.

Without prairie dogs, the prairies transformed. In Mexico, the desert moved in – thanks to a shrub called mesquite. It pushes a deep root into the Earth, sucking up water, and it attracts small animals that devour the grasses ringing the mesquite.

Prairie dogs can’t stand the plant. It blocks their view of the horizon where a predator might be lurking. So they do whatever they can to get rid of it. They chew up the roots. They suck on the stems. They run around like little gardeners, keeping the desert at bay.

So with very few prairie dogs left, the mesquite helped create desert scrubland until there was little grassy prairie remaining. And with the arrival of the desert...

CEBALLOS: You lose the ability of this landscape to maintain wildlife and plants. But also the scrubland is not good for cattle.

SHAPIRO: So the land no longer supported the very ranching it was altered for.

Let’s fast forward now to the summer of 1987, when Ceballos was in the middle of his doctorate in Arizona. He and his wife were driving back to Mexico through what used to be the grasslands, in Chihuahua, an area he’d never visited before. It was pretty much all desert. But then one day...

CEBALLOS: We were not prepared mentally to see what we saw.

SHAPIRO: Grasslands waving in the wind. This area had been spared. 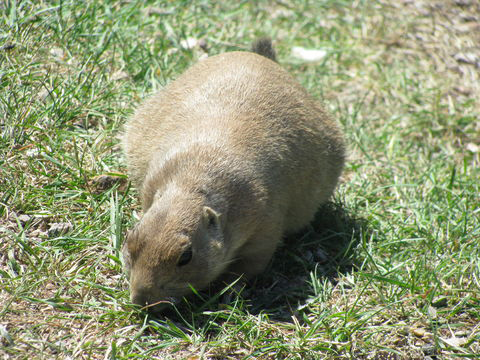 SHAPIRO: Some role in making the prairie possible. In the last 20 years, as an ecologist at the National Autonomous University of Mexico, Ceballos has shown that prairie dogs are a keystone species. That is, everything in the grassland ecosystem depends on them. Their burrows provide shelter for small mammals. Predators – like coyotes and hawks – feed on prairie dogs. These days, Ceballos is resuscitating the prairies, by reintroducing the prairie dogs.

CEBALLOS: Within one year, they destroy most of the mesquite.

SHAPIRO: He’s also reintroducing black-footed ferrets – a species that hasn’t been in Mexico for at least a hundred years, pronghorn antelopes, bighorn sheep, wolves - even bison, which he’s getting from the US. He’s partnered with environmental groups and the government to create a reserve that protects these species, and then offers local people ways to benefit economically from the grassland.

CEBALLOS: A good scientist has to do good research, but then has to translate it into action. There is no way that we can continue just being like historians – recording all the things that we are losing, instead of becoming actors. Now, my main objective in life is to save as many species of plants and animals as I can.

SHAPIRO: Which is why – even at 54 – Ceballos feels he doesn’t have a moment to waste. He has a legacy to leave his country. For Living on Earth, I’m Ari Daniel Shapiro.

CURWOOD: Our story on prairie dogs is part of the series, One Species at a Time, produced by Atlantic Public Media, with support from the Encyclopedia of Life.


Atlantic Public Media’s One Species at a Time Series

More about the Encyclopedia of Life