Abalone Back From The Brink 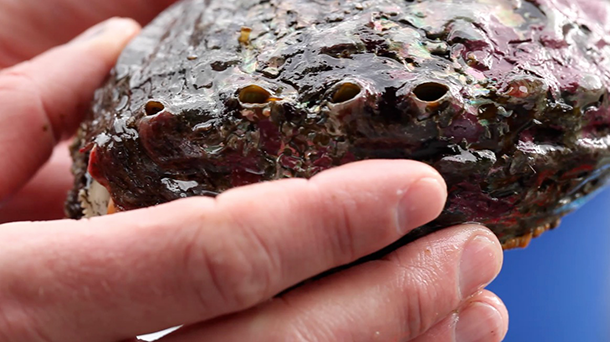 The pinto abalone of the Northwest’s Puget Sound are a delicacy in Asia, prized for their meat and beautiful shell. As a result they were poached nearly to extinction in the early 1990s, but as EarthFix reporter Ashley Ahearn explains, with a little help from scientists, the wild abalone is slowly recovering.

CURWOOD: Well, the Pangolin is not the only creature threatened by appetites in Asia – so is the shellfish, the abalone. Pinto abalone are such a delicacy there, they became a target for poachers after their meat and their mother of pearl shell and were driven virtually to extinction by the end of the 1990s. So many thousands of abalone were taken from Puget Sound, they seem to be failing to reproduce. But as Ashley Ahearn from the public media collaborative EarthFix reports, scientists working in their labs are giving the Pinto abalone new hope – and maybe a new lease on life.

BOUMA: Just get this tank lid off here.

AHEARN: You can hear the pride in Josh Bouma’s voice as he peers down into a tank at the NOAA labs in Mukilteo. Bouma is a shellfish biologist with the Puget Sound Restoration Fund and manages a captive breeding operation for Pinto abalone. He’s raised these abalone from tiny larvae.

BOUMA: I’ll show you one of our adult broodstock animals as well. The adult Pinto abalone’s oval shell shines a deep, ruby red. This is the only type of abalone native to the waters of the Northwest but there are so few of them left in Puget Sound that scientists say they aren’t reproducing. Since the early 90s, the population has decreased by more than 90 percent. Pinto abalone are shy creatures. In the wild, they hide in rocky underwater crevices to avoid predators. But in the lab, Bouma had to improvise. 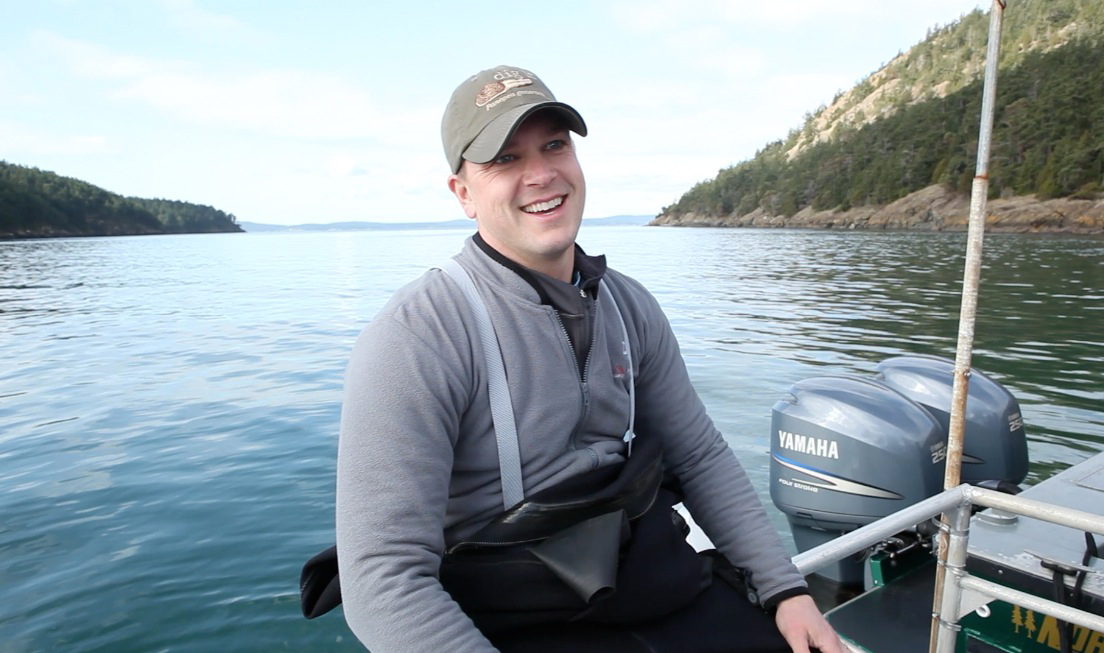 BOUMA: Those are, we call them abalone condos. It’s basically a piece of PVC pipe cut in half. They really like dark overhangs. They like to be in places where they feel safe.

AHEARN: The Pinto abalone scuttles out from beneath its hiding place, its fleshy spotted undercarriage shuttles it along like a lady running in long, rippling skirts. It’s that tasty flesh that got this shellfish into so much trouble. The meat is a delicacy in Asia, where illegally-harvested abalone from Puget Sound used to fetch top dollar.

WELCH: Abalone poaching in Puget Sound throughout the late 80s and early to mid 90s was huge.

AHEARN: Craig Welch was a reporter for the Seattle Times during the heyday of abalone poaching. He wrote a book about it, called Shell Games: Rogues, Smugglers and the Hunt for Nature’s Bounty. In the book, Welch profiles an abalone poacher named Dave Ferguson. He was a tough guy - had done prison time before he got busted with illegally harvested abalone in 1994. And Ferguson had poached a LOT of abalone - enough to buy an expensive fishing boat he flamboyantly named the Abalone Made, that's m-a-d-e. But when the cops busted him, he wasn’t so tough. Welch says he told them everything.

WELCH: He said, "Well, I myself have stolen enough abalone in Puget Sound to buy this commercial boat that I own, and to buy my Jeep Cherokee. And I can tell you that there are many other people poaching at the same level." So we’re talking tens of thousands of dollars over the course of months and months, so it was a lot.

AHEARN: Instead of doing jail time, Ferguson began working as an undercover agent for the Department of Fish and Wildlife. He led officials to numerous busts and clued them in on the dark underbelly of shellfish trafficking in Puget Sound. But he eventually skipped town and officials haven’t heard from him since.

AHEARN: Pinto abalone are still struggling to recover, and scientists like Josh Bouma and others are trying to help.

AHEARN: Today, the team is putting on dive gear, grabbing tubes full of young abalone they raised in the lab, and jumping off the back of the research boat.

[SPLASH OF DIVERS JUMPING OFF BOAT] 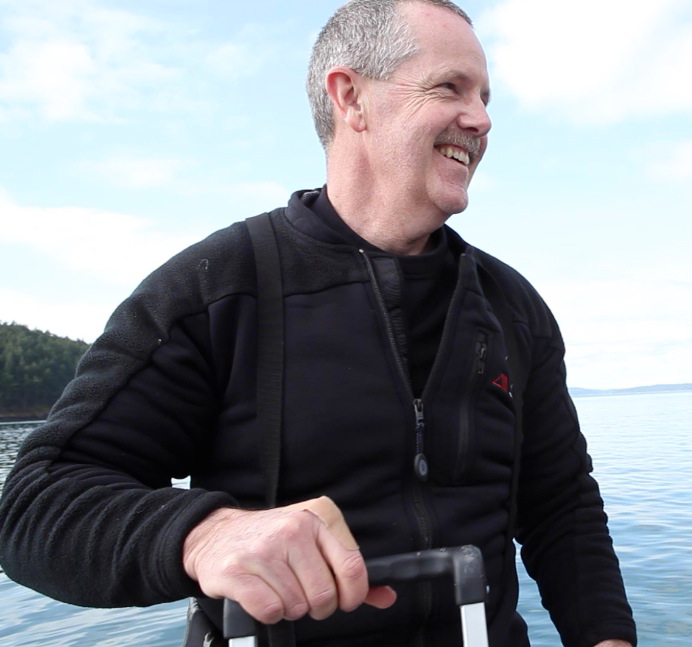 They’ll dive 35 feet or so below where we’re idling off the coast of a rocky island in the San Juans. Then they’ll deposit the young abalones. These creatures are broadcast spawners. That means that males and females meet up and release sperm and eggs into the water to make larvae. But if there aren’t enough adults, that can’t happen. So for the past five years the team has been releasing young abalone at a handful of sites around the San Juans. They tag them so they can ID them later on.

Bob Sizemore has been monitoring abalone since the 90s for the state Department of Fish and Wildlife. He says that now, when they go back to sites like this, they’re seeing the same babies they released.

SIZEMORE: This is the best. This is a culmination of lots and lots of work...and it feels good to have all these efforts come to a point in time where we can make a difference. It’s awesome.

AHEARN: In these small pockets of Puget Sound, Sizemore says the population has grown to levels where there are now enough adults to spawn naturally.

CURWOOD: Ashley reports for the public media collaborative, EarthFix. There are photos and video from this series on the illegal wildlife trade at our website, LOE.org.

More on the abalone's recovery on EarthFix