BirdNote®: Where Are All The Queen Birds? 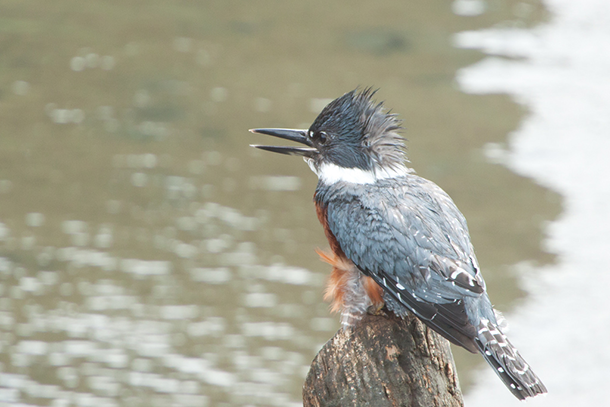 There are plenty of “king” species among our feathered friends, like the Ringed Kingfisher, but no “queen” birds to speak of. (Photo: Flavio Camus)

There are plenty of “queens” of the animal kingdom, like the Queen Snake, Queen Butterfly, and queen bees and ants. But the only royal birds, it seems, are ones that carry the title “king” – think kingfishers, kinglets, and the King Vulture – as BirdNote®’s Michael Stein notes, there don't seem any birds with "queen" in their name. He explains why.

CURWOOD: The scientific disciplines are increasingly trying to attract women, to correct a long-standing imbalance that heavily favors men. And in today’s BirdNote®, Michael Stein points out that it’s not only bench science where the female of the species is drastically underrepresented.

BirdNote® Where Are All the Queen Birds?

STEIN: On an island in the Southern Ocean, a pair of King Penguins:

While nearby, a Thick-billed Kingbird calls:

There's a King Vulture, a King Eider, 89 species of kingfishers, 11 kingbirds, 3 tiny kinglets - at least 115 birds across the world with the word king in their name, and no queens. 10,000 bird species – and not one “queenfisher” or “queenlet.”

Elsewhere in nature, there's the Queen Snake, Queen Butterfly, Queen Angelfish, Queen Moth, queen bees, and queen ants. But perhaps the lack of "queen birds" isn't so mysterious. Nearly all the early explorers and naturalists who named birds were men. And when a bird flashed a colorful crown, male royalty must have come to mind first. Once upon a time, there was a species of bird-of-paradise named Queen Carola’s Parotia. Carola was the wife of King Albert the 1st of Saxony, who also had a bird named for him, the King of Saxony Bird-of-Paradise. Alas, the queen’s bird had its name trimmed to the more tidy “Carola’s Parotia.” 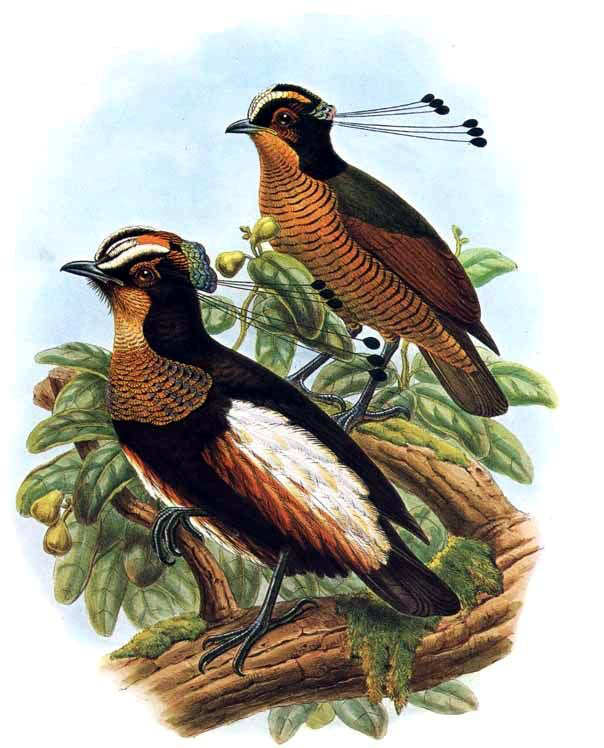 Carola’s Parotia used to be a queen, named after Queen Carola of Saxony, until the bird was dethroned because its name was too cumbersome. (Photo: Richard Bowdler Sharpe)

CURWOOD: There are some regal photos at our website, LOE.org.


Where Are All the Queen Birds?