As summer winds down, migratory birds in the Northern Hemisphere begin their trip south. Many species head down the flyways that cross the US, but as BirdNote’s Michael Stein reports, many travel unseen offshore.

CURWOOD: As we slide increasingly away from the summer vacation travel season – many birds are contemplating trips of their own – some even go halfway around the world. And though many of us like to watch geese and the like heading south down the great flyways that cross the country – there’s a massive migration that we miss, as Michael Stein explains in today’s BirdNote®. 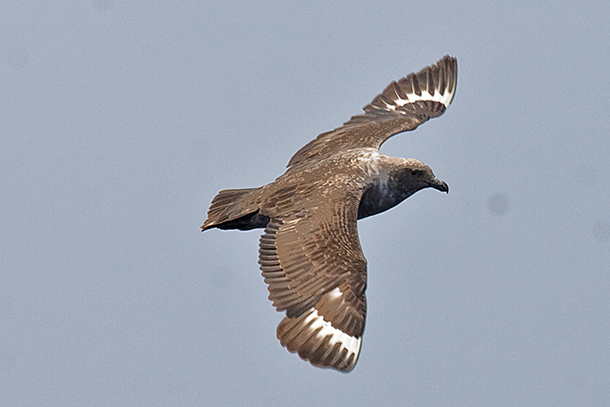 STEIN: Late August is a fine time to walk the ocean beach. Weather is growing mild; gulls jabber overhead; waves gently lap the sand. But look out to sea: if your eyes could take you beyond the horizon, you would see an astonishing scene.
A vast migration is taking place. Offshore, over the Pacific and Atlantic Oceans, millions of seabirds are on the move. Most are heading south, migrating past the US coastlines in August and September.

Fierce, predatory jaegers that nested on the Arctic tundra are flying south to winter on tropical oceans. Arctic Terns and skuas are departing on an epic journey, flying all the way to Antarctic waters.

STEIN: Shearwaters in the tens of millions leave northern oceans to nest in the Southern Hemisphere, many near New Zealand. Even puffins bid farewell to their shoreline nesting cliffs now, scattering widely across the open ocean for the winter.

STEIN: Meanwhile, back on the beach with the warm August sand between our toes, we relax. We squint out into the distant blue. Above the glimmering sea, is that a single shearwater we see, tipping above the horizon? A straggler, maybe? And a clue to that immense migration taking place just beyond our sight.

I am Michael Stein. 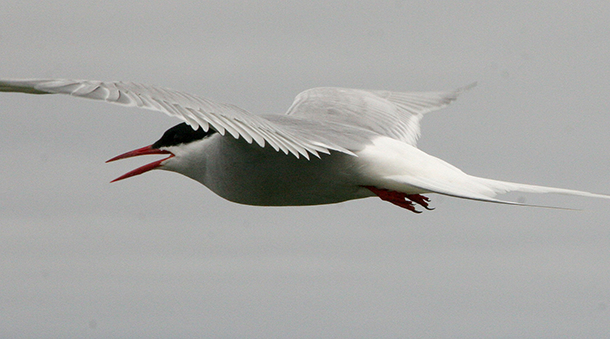 An Arctic Tern migrates from Arctic and sub-Arctic regions down to its breeding grounds on the Antarctic coast. Depending on the birds’ destinations, roundtrips average between 44,100 and 56,000 miles. (Photo: Joseph Slocum FCC)