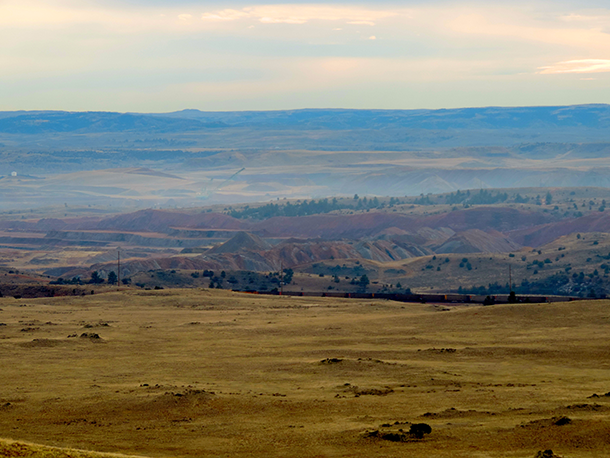 CURWOOD: From the Jennifer and Ted Stanley Studios at the University of Massachusetts Boston and PRI, this is Living on Earth. I’m Steve Curwood. Science now tells us that if all the known fossil fuel left on Earth were burned, it would raise sea levels as much as 160 feet as ice melted, so activists are now demanding that it stay in the ground. And on September 15th a coalition of some 400 groups converged on the White House to call on the President to stop leasing federal lands and the coastal seabed for the extraction of coal and petroleum. They are taking on a big business: for example, in recent times some 400 million tons of coal a year have been mined from federal lands, much of that for export. We called up Ruth Breech, a senior campaigner with RainForest Action Network, as she came back from the demonstration at the White House. Welcome to Living on Earth.

BREECH: Great, thanks for having me.

CURWOOD: So what is your basic message here?

BREECH: We're telling President Obama...we're asking him if he really wants to leave a climate legacy and address the crisis that is in front of us right now, then he needs to stop leasing federal fossil fuels - coal, oil and gas - and keep our carbon reserves in the ground.

CURWOOD: How much global warming is related to the extraction of fossil fuels from public lands in the US, including offshore federal territory?

BREECH: Right. When Obama…when the Obama administration decides to stop federal fossil fuel leasing, we can keep up to 450 billion tons of greenhouse gas emissions in the ground. Compare this to Obama's recent announcement with the clean power plan initiatives -- so this is the emissions reductions coming out of power plants -- and that's only six billion tons of emissions and this is 450 billion -- so on orders of magnitude this is much larger. So this is a big bold act and it's critical. 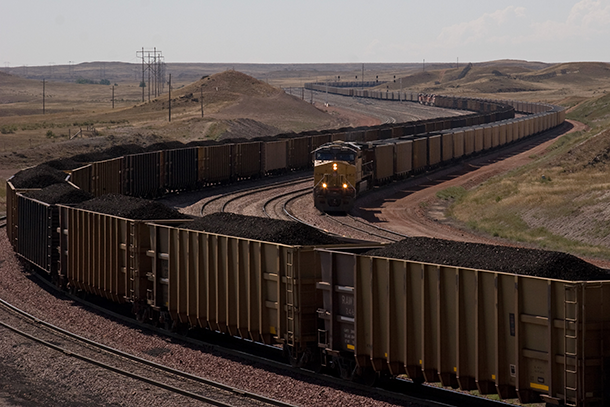 Much of the coal from the Powder River Basin is getting exported through coal terminals in the Pacific Northwest. (Photo: Kimon Berlin, Flickr CC BY-SA 2.0)

CURWOOD: Now, of course there's federal land in every state, but what parts of America most contribute to fossil fuel production from public lands?

BREECH: Most of the contributions to fossil fuel production is coming from the west, so this would be Montana and Wyoming -- there's a region there called the Power River Basin; northern New Mexico and Arizona and the Navajo nation. A lot of the public lands are adjacent to, if not within the boundaries of, Native American reservations. We're also looking at offshore areas, so this would be the Gulf coast, the Arctic, the Atlantic. These are hotspots that industry wants to mine, drill or frack.

CURWOOD: How much power does President Obama have to halt the leasing of fossil fuel extraction on federal lands if he decides he wants to?

BREECH: He has all the power. The Center for Biological Diversity just issued a report last week and outlined his legal authority to issue an executive order to stop the program today. He could also too if he didn’t want to be that active, he could just decide to not approve things, he could have not approved, it could have just sat on his desk for the next 18 months, Arctic drilling; he could have not approved the Atlantic leases that will be coming up the next few months. He could just leave them alone and leave them on his desk.

CURWOOD: Sally Jewell is the Secretary of the Interior, and that's the organization that actually conducts leasing for energy extraction from public lands for the very most part, and she's been quoted saying that the President certainly is mindful of global warming, but that we need these fossil fuels to run our economy right now. Your reaction? 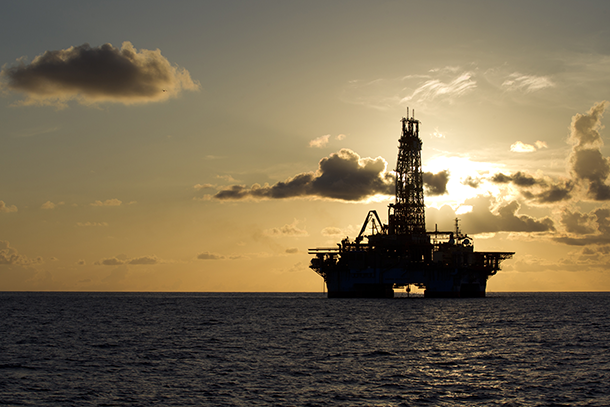 BREECH: I think it's shortsighted. What you hear from Sally Jewell and other administrative officials in that capacity is that they somehow think that their mission is to balance industry's interest with that of the planet, and if you really think about it is like short-term profit versus long-term sustainability. So I really would like to see her looking longer-term. What does this look like in 10 years, 20 years? Because fossil fuels are eventually going to go away. Coal is already dying. The gas boom is not as big as we originally thought. This is their opportunity to really get ahead of this. What is their plan? How are we going to use our lands appropriately? How are we going to use our resources, and how are we going to address this climate change crisis that we have on our hands right now?

CURWOOD: Ruth, how much presidential politics is in this? The Democratic candidates are out in front of President Obama on the subject already. Hillary Clinton has already called for a halt on offshore drilling in the Arctic, and I can only guess that Bernie Sanders would be even more sympathetic to your call.

BREECH: Right, we'd love to see that. Ideally this would happen within this presidency, I think Obama has the power and the timing is ripe right now. Folks are already reaching out to candidates to get their views on it, I love that Hillary came out against Arctic drilling. I think that was bold. So I think if the candidates are smart then they're going to address this in their debates. They are going to address this in their platforms, and they're going to make a decision about it, and they are going to have a plan coming into office if this issue has not already been addressed.

“Kayaktivists” protest the government’s decision to allow oil drilling by Shell in the arctic. (Photo: Backbone Campaign, CC BY 2.0)

CURWOOD: Ruth, what happens next?

BREECH: This is the next bold ask coming from the climate movement. We're seeing unprecedented unity in the coalition. We've got big greens -- frontline organizations, climate justice groups working alongside labor unions, faith groups all coming together and showing how much power there is in the grassroots. This is just the beginning. We have to address the climate crisis, and for President Obama to stop fossil fuel leasing on public lands would be the way to establish his climate legacy. It would move us at a whole other level of magnitude in addressing these issues.

CURWOOD: Ruth Breech is a Senior Campaigner with the Rainforest Action Network. Thanks so much for taking the time with us today, Ruth.


Keep It In The Ground campaign