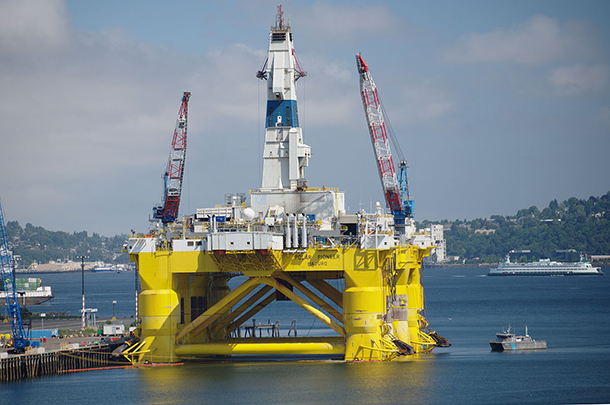 After a multibillion dollar investment in exploratory drilling,a combination low oil prices, public pressures and a disappointing amount of yield from a test well have led Royal Dutch Shell to abandon its Arctic drilling plans. Executive Director and Founder of Oil Change International Steve Kretzmann tells host Steve Curwood why Shel was frozen out and the prospects for other new oil and gas development around the world.

CURWOOD: From the Jennifer and Ted Stanley Studios at the University of Massachusetts Boston and PRI, this is Living on Earth. I’m Steve Curwood.
Market conditions, and the challenge of operating in the Arctic, have done what simple appeals for conservation could not: Royal Dutch Shell has given up its pricey attempt to drill oil wells in the Chukchi Sea off Alaska. The drilling was widely condemned by conservationists and many Native Alaskans – but also welcomed by some as a source of income. Shell spent the summer probing for oil and natural gas and hoped to tap 26 billion barrels of supposedly recoverable oil — but, despite all the cash, they came up empty. Steve Kretzmann is Executive Director and Founder of Oil Change International and joins us now. Welcome!

KRETZMANN: Thanks so much for having me again, Steve.

CURWOOD: How did Shell get it so wrong? Why didn’t they find something worthwhile?

KRETZMANN: You know, any big exploration for a big new field like they’re engaged in is always a bit of a gamble. And Shell put themselves in a situation where they were trying to draw an inside straight and they didn’t get it, and so they’ve backed off at this point. But, you know, they raised the stakes at that table tremendously by all the controversy that was caused in the fact that they were going into such a pristine environment and the fact that climate activists have really locked on to Arctic drilling as something that is completely incompatible with climate-safe future. So, they didn’t have a lot of margin for error. They were concerned about what they called the ‘challenging regulatory environment,’ going forward, and you know, where Shell says ‘challenging regulatory environment,’ I say ‘kayaktivists and friends and heroes’, I think that citizen pressure really made a hug difference here, and pretty much made this a foregone conclusion for Shell. 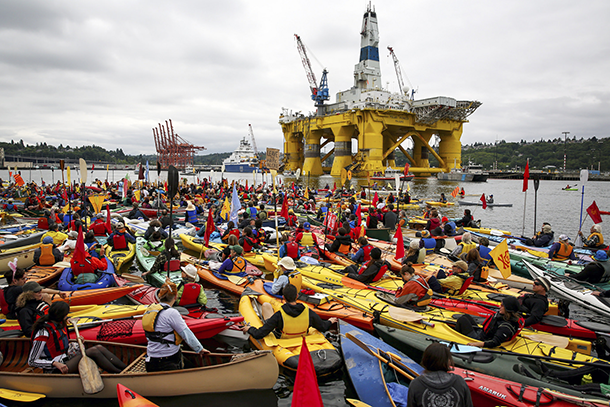 Activists who oppose Royal Dutch Shell's plans to drill for oil in the Arctic Ocean prepare their kayaks for the "Paddle in Seattle" protest on Saturday, May 16, 2015, in Seattle. (Daniella Beccaria/seattlepi.com via AP)

CURWOOD: By the way, how much did Shell invest in this—what will now be known as Shell’s folly?

KRETZMANN: Somewhere between seven and nine billion, that’s the range of estimates that I’ve seen—and that’s a really, really impressive number. Although, it’s probably worth noting that much of that, if not all of that, can be written off because of, you know, generous tax deductions for exploration in the United States, and particularly in Alaska.

One of the subsidies that the oil industry has is the Intangible Drilling tax credit, which allows them to deduct pretty much everything associated with the exploration well, except for the actual well itself. And so, in this case, that includes ships and helicopters and an entire fleet of support vessels. So, it’s really the taxpayers who are going to be on the hook for this, like we are for so much of the oil industry activity around the world.

CURWOOD: Steve, remind us of where Shell was trying to drill in the Arctic, and what was at risk environmentally there.

KRETZMANN: So, Shell was trying to drill in the Chukchi Sea, about 150 miles offshore of the North Slope of Alaska. It’s a very unique environment, and a very fragile environment. People were obviously very, very concerned about what a spill a la the Deepwater Horizon would have meant up there and it’s critical walrus habitat, polar bear habitat, obviously, and there’s just a tremendous stress from climate change, and so people were really worried that opening up the Arctic for this kind of industrial activity is exactly the wrong direction to go if you are concerned about climate change.

CURWOOD: So, who’s left drilling the Arctic? The Norwegians? The Russians?

KRETZMANN: Yeah, both the Norwegians and the Russians are somewhat active in the Arctic, although the low oil price has really depressed activity in all the sort of extreme exploration areas where you have high cost wells, high carbon wells—that was seen, just a few years ago, as the big next growth area for the oil industry, but now, it’s looking more and more doubtful. In Norway, you have the Italian oil company Eni that is in its final phases of bringing on a big new rig they call Goliath. But it is much closer to shore than the Shell rig would have been, and it’s quite controversial in Norway. Norway is a country that just divested from coal, they’re very concerned about climate change and there’s campaign activity ongoing there to try to stop Eni from starting, which they would do very soon.

KRETZMANN: Yeah, the Russians have one big rig that they’ve been working on. But they haven’t found much, and the sanctions for the Russian invasion of Ukraine has really bit into the Russians’ ability to really explore the Arctic at this point. And, they seem to be sort of back-burnering those projects at the moment.

CURWOOD: What about onshore in the Arctic? I’m thinking of ANWR [the Arctic National Wildlife Refuge], the National Petroleum Reserve there… what are the prospects for more drilling there? 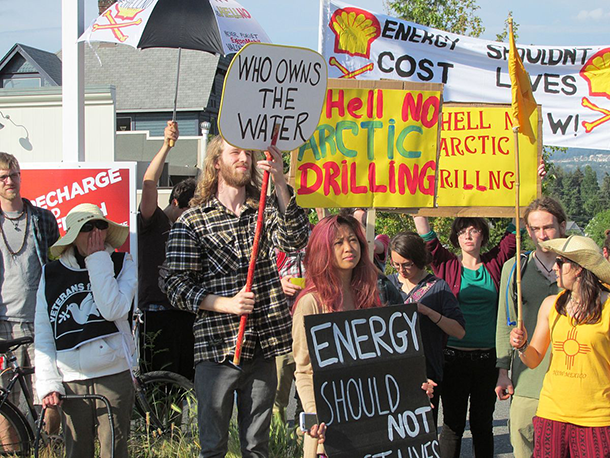 KRETZMANN: Similar in this price environment. It’s still a long ways away. The break even price point is better onshore than it is offshore, for sure, you have to spend less money to get it. But, it’s also very far from market. They have to spend a lot of money to try to get it down to the lower 48 or export it somewhere else to another country. And so, it doesn’t look that good for them up there either.

CURWOOD: Now, what about the other offshore drilling plans that the Obama Administration approved—some leases off of Florida and the North Atlantic coast? Which of those are a go for actual drilling, do you think?

KRETZMANN: Well, I don’t think we’re at that stage yet. The Obama Administration has announced that they plan to sell leases off the Atlantic and off the Arctic next year. So, that is going to be where the environmental community begins to dig in in response to this.

CURWOOD: Now, what happened to Brazil’s plans to go for oil in the deep ocean off their coast—in the South Atlantic?

KRETZMANN: Yeah, they’re still planning to do it. The pre-salt formation is something that they are pursuing. But, again, the current price environment is very bad for them. That’s an expensive proposition, just like Arctic oil is. Plus, the Brazilian oil company, Petrobras, has been embroiled in a corruption scandal. And, so, there’s a lot of uncertainty over those projects right now. 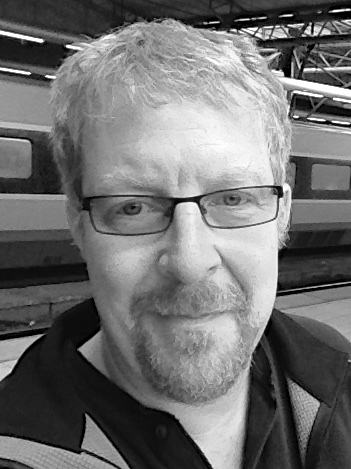 CURWOOD: By the way Steve, you keep mentioning the price of oil as being a huge disincentive for drilling in exotic places like the Arctic or the deep, deep ocean. And, of course, the Saudis and especially the other Gulf oil states have been pumping like crazy. To what extent do you think their decision to produce heavily is actually having an environmental benefit?

KRETZMANN: You know, I think that they’re definitely whether intentionally or not, keeping a lot of the highest cost, highest carbon resources off the market at the moment. And so, they’re making it very difficult for the Western oil industry to be profitable in looking for other oil. The good news there is, as climate science tells us, we have more than enough oil. If what this means is it’s that much more of a nudge for the oil industry to stop looking for more of something that we know we have too much of, that’s a good thing.

CURWOOD: Steve Kretzmann is Executive Director and Founder of Oil Change International. Thanks for taking the time with us today.

KRETZMANN: Thanks very much!


Royal Dutch Shell in the news and financial performance