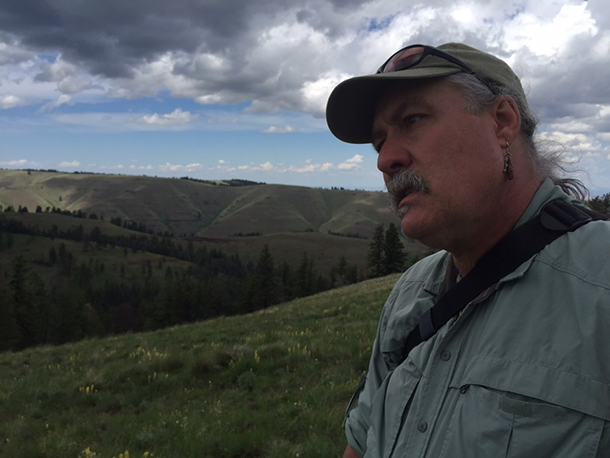 The Blue Mountains in Washington State are home to some rare wildflowers and grasses, but as Courtney Flatt of the public media collaborative EarthFix reports, invasive plant species are threatening to take over this delicate ecosystem.

CURWOOD: It's Living on Earth, I'm Steve Curwood. Native grasses once blanketed the Palouse country of southeastern Washington state, though much of this hilly terrain now grows wheat. But there are still some native grasses, and in one grassland botanists have discovered several new flowering plants. And now scientists are worried that these rare plants could be in big trouble soon from invasive species. Courtney Flatt of the Public Media collaborative EarthFix has the story.

FLATT: On a hillside in Southeastern Washington, bunch grasses ripple in the wind. A storm is forming off in the distance, and crickets chirp nearby. It’s here that botanist Mark Darrach has found three rare flowers, flowers previously unknown to science. That’s a lot. He says many botanists are lucky to find one in their career.

DARRACH: It’s a unique plant community that hasn’t been recognized until just a couple years ago when we stumbled across these and started scratching our heads, like ‘Where did this come from? We’ve never seen this before.’ 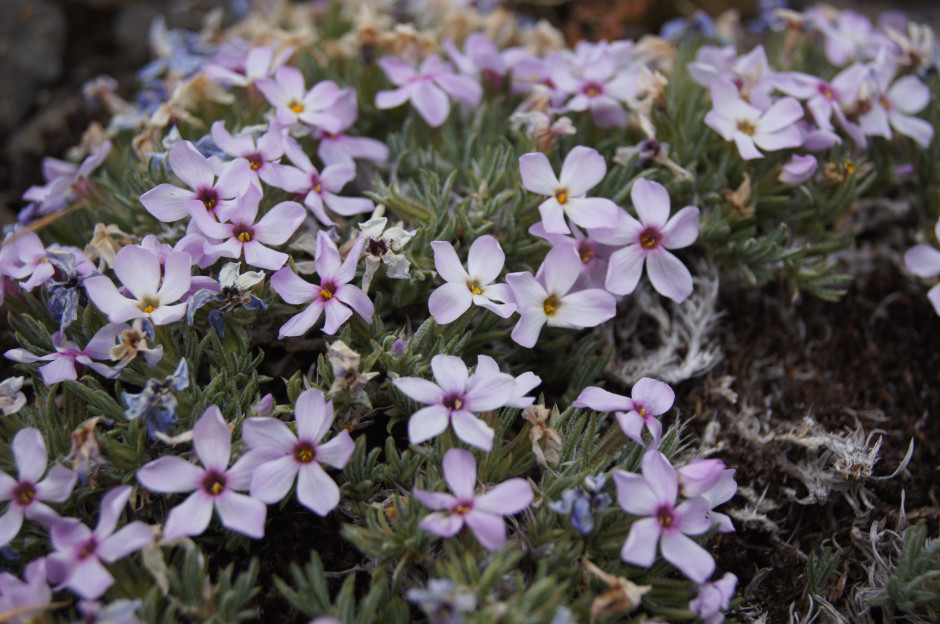 FLATT: One is a small, pink, star-shaped flower that springs up along the hillside’s peak. Darrach calls it Yeti Phlox. It’s covered in a hair-like fuzz. But just this season, Darrach has spotted a particularly nasty invasive grass gaining a foothold in the otherwise pristine grassland. The weed is called Ventenata grass. Darrach has another name for it.

DARRACH: I call it holocaust grass because it’s an ecological holocaust potentially in the making. This grass actually can kill cheat grass, and that is a superman grass if you ask me. 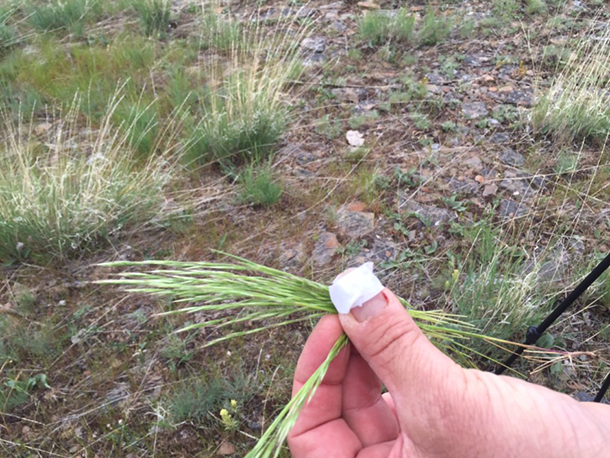 FLATT: Or maybe a super villain grass. It uses toxic fungus to poison other plants around it. That gives the weed a leg up to continue its takeover. To many conservationists, the type of grassland on this hillside — canyon grassland — is extremely threatened already. Most grasslands worldwide are not very intact. Take, for example, Washington’s Palouse.

KELLY: The Palouse prairie was once covered with native bunch grasses. But that area has largely been converted to agriculture a long time ago.

FLATT: That’s Brian Kelly. He’s with the Hells Canyon Preservation Council. He says the remaining native grasslands are dwindling. And they need to be preserved. Kelly says these grasslands form a mosaic with higher elevation forests. 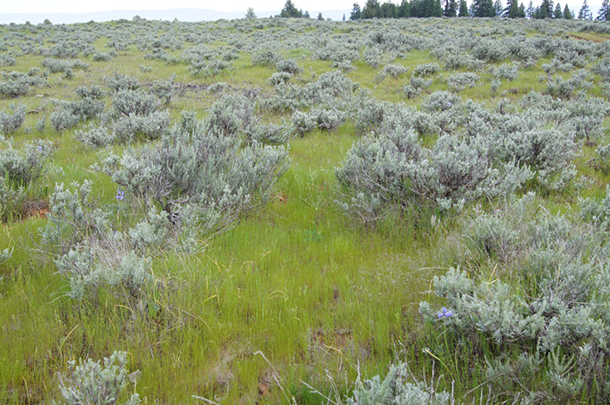 Ventenata grass takes over scrublands like this one (Photo: Mark Darrach)

KELLY: They create some really unique habitat and gives a variety of different animals and birds opportunities to utilize both habitats.

FLATT: It’s good habitat for a diverse variety of species -- from butterflies to mule deer to elk. Kelly says these grasslands are threatened by invasive species, overgrazing, off-road vehicles, and climate change.

Darrach isn’t 100 percent sure what brought the weed here. It’s common for invasive grasses to take root where cattle are allowed to trample the soil. But this is a place where cattle rarely roam. It’s too remote. Darrach says it’s possible the growing presence of elk that winter here are creating the same impacts that are often blamed on livestock. 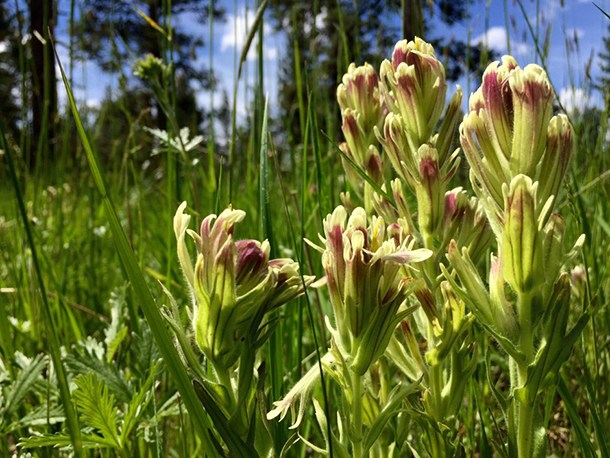 He’s certain about one thing, though: He doesn’t like the sight of this invasive grass.

DARRACH: All that real pale, green color is all Ventenata grass. Ugh. Enough to make a person want to head to the bar and drink a few.

FLATT: That’s why Darrach is worried for his newly discovered plants. What he calls his “vegetative children.”

DARRACH: You just shake your head and go, ‘Wow, I’m doing nothing but documenting the decline of biodiversity.’ I recognize these things as new species, but how do you come up with conservation strategies to keep the landscape intact? 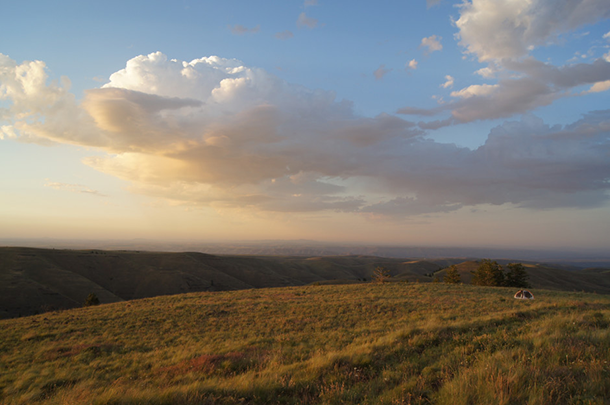 FLATT: It’s a question that he’s yet to answer. He hopes raising awareness will help get ventenata grass listed as a noxious weed soon. That will give managers more power to fight its creep along hillsides like this. I’m Courtney Flatt in Asotin, Washington.


This piece was produced by the public radio collaborative, Earthfix