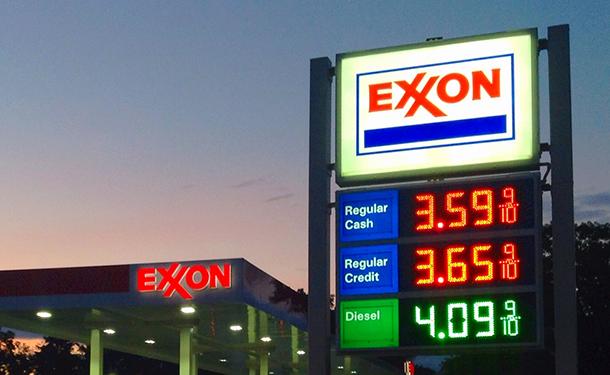 ExxonMobil asserts that its position on climate change has mirrored the findings of the Intergovernmental Panel on Climate Change (IPCC). (Photo: Mike Mozart, Flickr CC BY 2.0)

ExxonMobil objects to the claims brought by InsideClimate News and the LA Times that its internal discussions on climate change and outward presentation of its research and actions didn’t match up. Ken Cohen, vice president of public and government affairs for ExxonMobil, joined host Steve Curwood to explain why the company feels it’s been misrepresented by the reporting.

CURWOOD: It’s Living on Earth. I'm Steve Curwood. Well, it’s no surprise that ExxonMobil thinks it has been misrepresented by InsideClimateNews and the LA Times. So we called up Ken Cohen, Exxon’s vice president of public and government affairs. Ken Cohen, welcome back to Living on Earth.

COHEN: Steve, thanks for having me back.

CURWOOD: Ken, first, what's your reaction to the recent InsideClimate News and the LA Times investigations?

COHEN: Well, I don't think it'll surprise you or the listeners to the show that we very much disagree with both of those reports. They stretch far from the truth and, in fact, nothing could be further than the truth then what is being claimed in those two stories.

CURWOOD: What in particular do you feel that they got wrong?

COHEN: Well let's begin with...we're a company of scientists and engineers, and our scientists and engineers were among the first to grapple with the fact that there could be a connection between carbon dioxide emissions from society's use of fossil fuels and climate fluctuations. And so, we did have scientists beginning in the late 1970s and continuing to this day engaged in studying the impact of CO2 emissions, greenhouse gas emissions on climate. What is wrong in those stories is the reporting would seem to indicate that research stopped at some point - it has never stopped. In fact, our scientists have participated in every UN climate assessment beginning in 1988. We've been a part - our scientists that is - have been a part of the assessment process. Our scientists have contributed over 50 papers that were reviewed by the collective body of scientists studying this very complex subject. In addition we've been part of creating some of the most sophisticated modeling programs at research institutions in the country. Our scientists have been a consistent part of the scientific inquiry. 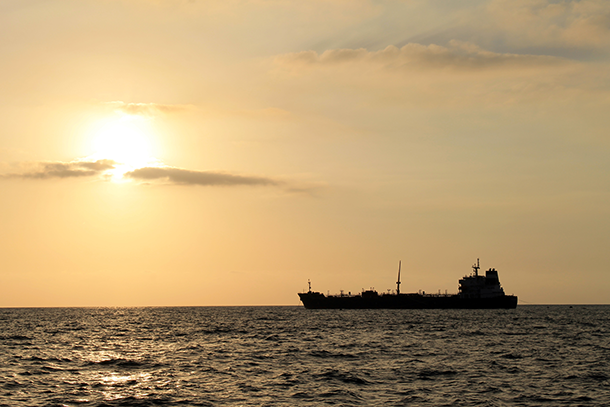 CURWOOD: Well, taking a look at the InsideClimate News articles, I don't see a claim that Exxon stopped climate research altogether. What I do see them claiming is that Exxon continued to conduct research while publicly casting doubt on climate science. So how do you explain this discrepancy between the private and public discussions of climate change?

COHEN: Again, I take issue with that part of the report. Our participation in the discussions on public policy response to how does society respond to this risk of climate change pretty much mirrors the IPCC findings during the relevant period, that is, our positions evolved over the period 1988 to the present time as the science evolved. Now, it is true, Steve, that during that period we were part of a large business group that opposed the US adoption of the Kyoto Protocol back in the late 90s, and the reason was that the Kyoto treaty would have exempted over two-thirds of the world emitters, and we felt that that was inappropriate policy given the nature of the source of greenhouse gas emissions and what would have to be done to have an effective response. Later over that time when the Waxman cap and trade bill was being debated in what was then the Democratically controlled House of Representatives, we took issue, as did many in the business community, because it would've exempted coal. So we did two things simultaneously, we supported scientific inquiry and we also participated in policy discussions.

CURWOOD: How you explain the piece of tape that the InsideClimate News folks along with Frontline unearthed that has Exxon's CEO in 1996, that would be Lee Raymond, saying that let me quote directly, "Proponents of the global warming theory say that higher levels of greenhouse gases are causing world temperatures to rise and that burning fossil fuels is the reason. Scientific evidence remains inconclusive as to whether human activities affect the global climate." And yet, your inside researchers had this math saying the more fossil fuels we burn, the more we will affect the climate. How do you reconcile your own CEO's statement with your own internal research findings?

COHEN: Well, I'm not really going to comment on a speech given 18, 19 years ago, although when one reads the whole speech it is consistent with the overall scientific consensus at the time. Remember, the scientific view and understanding of this issue has evolved as one would expect it to do, the understanding would evolve over time. Scientists that were quoted in the story working for the Exxon research facility were correctly identifying the potential impact that increased greenhouse gas emissions could have over time if unabated applying the principles of the greenhouse effect. Both are consistent. Now where we focus our work is in the area of both understanding the science and then recognizing that the climate risks are real and that actions are warranted, but we need to recognize that the solutions aren't easy. They're going to take time, huge investments, and thoughtful policies. I don't if you saw, Steve, the recent interview...

CURWOOD: But, but, but Mr. Cohen, your CEO in 1996 is saying that humans don't have a role here, that science doesn't show that humans have a role there, but clearly your science teams...

CURWOOD: Ken Cohen is Vice President of Public and Government Affairs for Exxon Mobil. Ken, thanks for taking the time today with us.

COHEN: Steve, thank you very much.