McKibben Arrested To Draw Attention to the Exxon Allegations 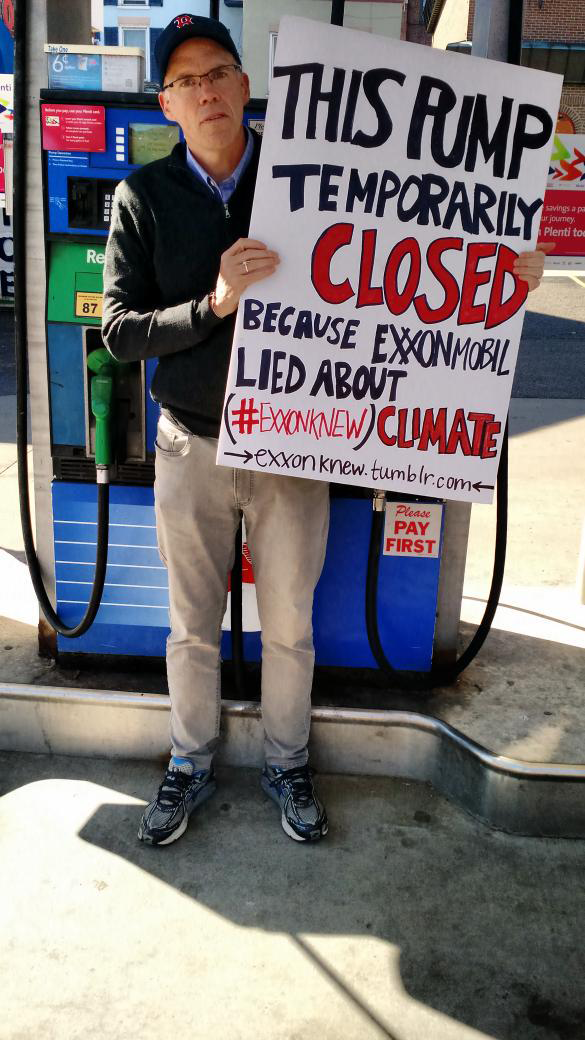 Writer Bill McKibben was so shocked and angered by the revelations of Exxon’s early knowledge of climate change that he protested at his local Exxon filling station and was arrested. He tells host Steve Curwood why he thinks everyone should know about the allegations of Exxon’s misconduct.

CURWOOD: Our story would not be complete without including an unusual move by writer Bill McKibben. The climate activist took action to get himself arrested at an ExxonMobil gas station, and he joins us now to explain. Welcome back to the show, Bill.

MCKIBBEN: Steve, it’s always a pleasure to join you.

CURWOOD: So, what motivated you to get arrested and how did you make this decision?

MCKIBBEN: Well, it's actually a good question. I'm not sure anyone's gone out and got arrested before in order to persuade people to read somebody else's newspaper article, but these stories are so important, they rewrite what we understand about the most important crisis humans have ever faced, and I had begun to fear that they might begin to disappear into the inordinate clutter of our media life, and people wouldn't pay them the attention that they manifestly deserve and so I thought this might be one small gesture. It seems in some way to have worked. By the end of the day, according to some friends at Facebook, it was trending at the top on Facebook until it was displaced by a corgi barking at a miniature pumpkin.

CURWOOD: [LAUGHS] Maybe next time you should wear a Corgi suit.

MCKIBBEN: [LAUGHS] I think so.

CURWOOD: So, you wrote a blog post at one point in which you said, “In the 28 years I've been following the story of global warming, this is the single most outrageous set of new revelations that journalists have uncovered”. Why did this story strike such a chord with you and why is it so important for people to read these stories?

MCKIBBEN: Well, partly, of course, it struck a chord with me, Steve, because, like you, I've been covering this story from the very start. I wrote my first book about climate change. So I've watched with a great deal of anguish as we failed to take action for 30 years, and as I read these stories, what became clear was two things. One, that the story showed Exxon knew absolutely everything there was to know about climate change beginning in the late 1970s, by the mid-1980s they had computer models that matched exactly what we've seen since, by the early 1990s they were using that information to help them bid on new parcels for oil drilling in the melting Arctic and so on. That's one thing. The other was that meant Exxon could have been maybe the one force on Earth that could've short-circuited this 30 years of faux debate. If in the late 1980s when Jim Hansen at NASA first stood up in the Congress and said, "We're warming the planet and it's going to be a disaster;” if at that moment, Exxon executives had stood up and said, "You know what, our internal science shows the guy is right, we're in a real mess", they would have been the one institution with credibility unique enough to bring everybody on board. Instead, of course, they lied. Their CEO stood up in front of the leadership of the Chinese government and told them that the globe was cooling, told them that the models were nonsense, told them to go full speed ahead with fossil fuel development. They helped work with veterans of the tobacco industry to formulate the same strategy of sowing scientific doubt. They did everything they could to make sure that no one knew and that's a remarkable thing to have done. 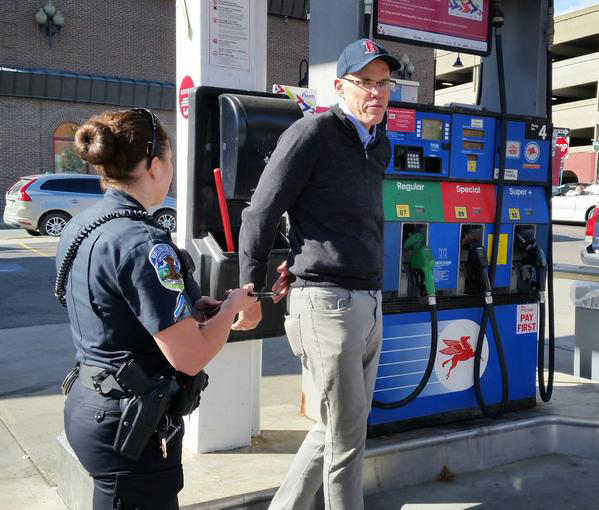 CURWOOD: What part of this story were you most shocked by?

MCKIBBEN: Well, I think the part that interested me the most was the depth of Exxon's research into this in the early days, back in the 70s and early 80s, and I think that's because we've kind of forgotten what the world was like then. Big companies took it almost as their duty to do a lot of basic research. It was at Dell Labs that we discovered the Big Bang, more or less, right? because they were doing basic research on propagation of waves and things. It stands to reason that Exxon, biggest company on Earth, would know more about the carbon molecule than anybody else, and there they were, hard at work outfitting supertankers with CO2 monitors so they could figure out how much it was accumulating blatancy. That part shocked me maybe in a good way. The other part that shocked me was just the blatancy of their lying about all of this. And I think that it's important for people not to say, “oh we knew this all along, why would anyone be shocked?” I think its important to let ourselves be shocked. To be knowing and be cynical like that is to play right into their hands. What they did was wrong on a scale that we may not have scale for, it may be as off the charts as the temperatures now are going off the charts.

CURWOOD: So how do you think these allegations are going to impact the work that you and others in the climate movement are doing?

MCKIBBEN: I don't really know. I think this is a very fluid moment. We're getting ready to go to Paris for this climate conference, and, of course, the oil industry will be trying to greenwash itself and exert its usual influence there. I think it's going to be a big wake-up call to people. Among other things, as you know, even before these revelations, the last three years have seen an astonishing growth of this fossil fuel divestment from around the world to the point where endowments of $2.6 trillion are now beginning to divest from fossil fuel, California state government being among the latest. I think this will only increase that, along with the fact that these stocks are tanking and losing people money. The fact that you're in bed with people committing misdeeds on this kind of scale should give all but the very most callous investors some kind of pause. So, we'll see what happens. I think the most important thing is simply for people to read and internalize and understand this. If we're going to go through the pain we're going to go through in the next generation or two, and clearly that pain even if we act now to stop climate change, that pain is going to be severe - look at the last two weeks, we've had thousand-year rainfall events in South Carolina and California. As we speak today, they're still trying to dig the mud out of the highways of California so cars can drive on them again. That kind of stuff happens everywhere in the world now and it's going to keep happening. If we're going to go through that kind of pain, at the very least, we deserve to understand the source of it and where it came from.

CURWOOD: Bill McKibben is a writer, activist, co-founder of the environmental organization 350.org. Bill, thank you so much.


McKibben’s blog post: Exxon's climate lie: 'No corporation has ever done anything this big or bad'