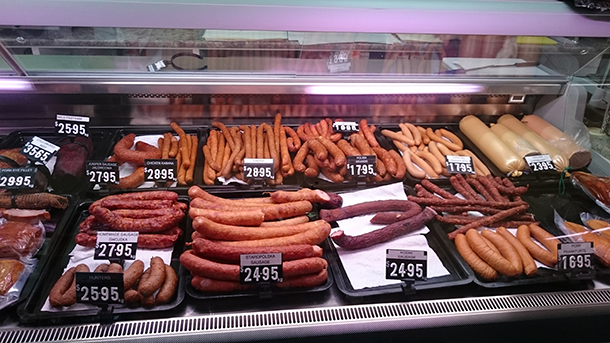 Peter Dykstra tells host Steve Curwood about some scary studies: one warns that some major cities will soon be hot as hell, and another cautions that processed meat is a carcinogen, and red meat is a suspected carcinogen. Then, we look athe efforts by some states to send the EPA’s new Clean Air Rules to the grave; and we take a look back on a humpback whale’s rise to fame thirty years ago.

CURWOOD: It’s Living on Earth, I'm Steve Curwood. In a moment, a walk through a living cemetery. But first we’ll dive beyond the headlines with Peter Dykstra of the DailyClimate.org and Environmental Health News. He’s on the line from Conyers, Georgia. Hi there, Peter. Boo!

CURWOOD: Well, So what’s in your goodie bag this week?

DYKSTRA: Let’s frighten the children with the flurry of peer-reviewed studies out recently. First, a little national-security-based climate research from MIT and Loyola Marymount University in the journal Nature Climate Change. Within decades, temperature increases in the Middle East could make major cities, including the holy city of Mecca, virtually unlivable, and the region potentially more unstable.

CURWOOD: Now that’s some scary stuff; have you got any more like that?

DYKSTRA: Two more. Economists from Stanford and Cal Berkeley published in the journal Nature on links they see between rising temperatures and damaged economies. Their study says climate change will also exacerbate the gaps between the world’s rich and poor nations and people. And finally from our house of academic horrors, the World Health Organization released a much-anticipated report in which they say that red meats are a probable carcinogen and processed meats are as certain a carcinogen as tobacco. But as is often the case with reports like this one, there’s some pushback on the level of cancer risk, and just exactly how much delicious bacon you’d need to eat to face such a risk. 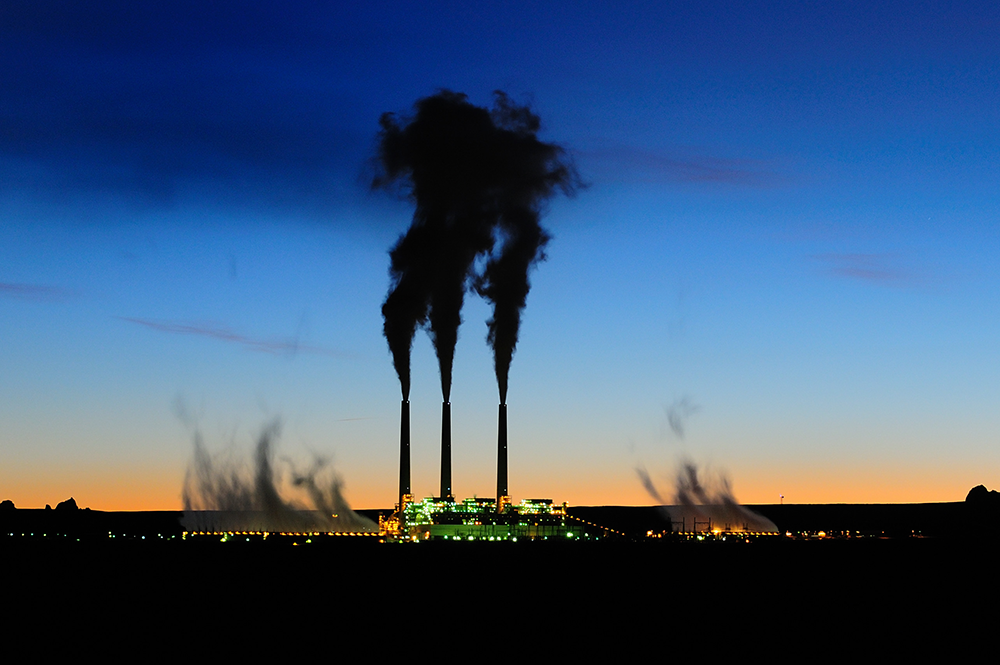 CURWOOD: And you can find links to these studies, and some pushback, and all our news on our website, LOE.org. So what’s next?

DYKSTRA: Last Friday, President Obama and the EPA published their new Clean Air Rules, and they’re being met with shrieks of horror from energy-reliant states, and a few states that maybe just don’t like President Obama and the EPA all that much. A total of twenty-seven states filed suit to block the new regs, and New Jersey became the 27th, as Governor Christie wanted to help with the legal roadblock. But some legal experts see the litigation as a sort of government Mischief Night, with little chance of sidelining the Clean Air Rules. As if to underscore that point, many of the twenty-seven litigious states are already making plans to comply with the very rules they’re fighting in court.

CURWOOD: Hmmm. Now every week, we take a trip back through environmental history. What’s on the calendar this week?

DYKSTRA: Well, a couple of weeks ago we talked about one of the great human interest whale stories of our time, the three gray whales trapped in the Arctic ice off Alaska. But this week is the 13th anniversary of another great whale story. Remember Humphrey, the Humpback Whale?

CURWOOD: Of course! Humphrey swam into San Francisco Bay and then all the way up the Sacramento River before turning around.

DYKSTRA: And in the process, became a rock star with a blowhole, all for making a few wrong turns. Humphrey first garnered attention after swimming under the Golden Gate bridge, then after checking out San Francisco Bay, he turned up the Sacramento River, into increasingly fresher, shallower water – no place for a forty-ton marine mammal. Media hovered, crowds gathered, and marine mammal rescuers banged pipes and tried everything to steer Humphrey back to the sea until finally, 67 miles inland, Humphrey turned around, leaving a media frenzy and a couple of children’s books in his wake.

CURWOOD: And as we often ask of vanished celebrities, where is he now?

DYKSTRA: Well, Humphrey returned in 1990, beaching himself in San Francisco Bay, and he had to be rescued off a mudflat by the Coast Guard, but he wasn’t spotted again after 1991. They can identify individual humpback whales by the markings on their tail flukes and flippers, but I have a theory on how they knew Humphrey was a male. 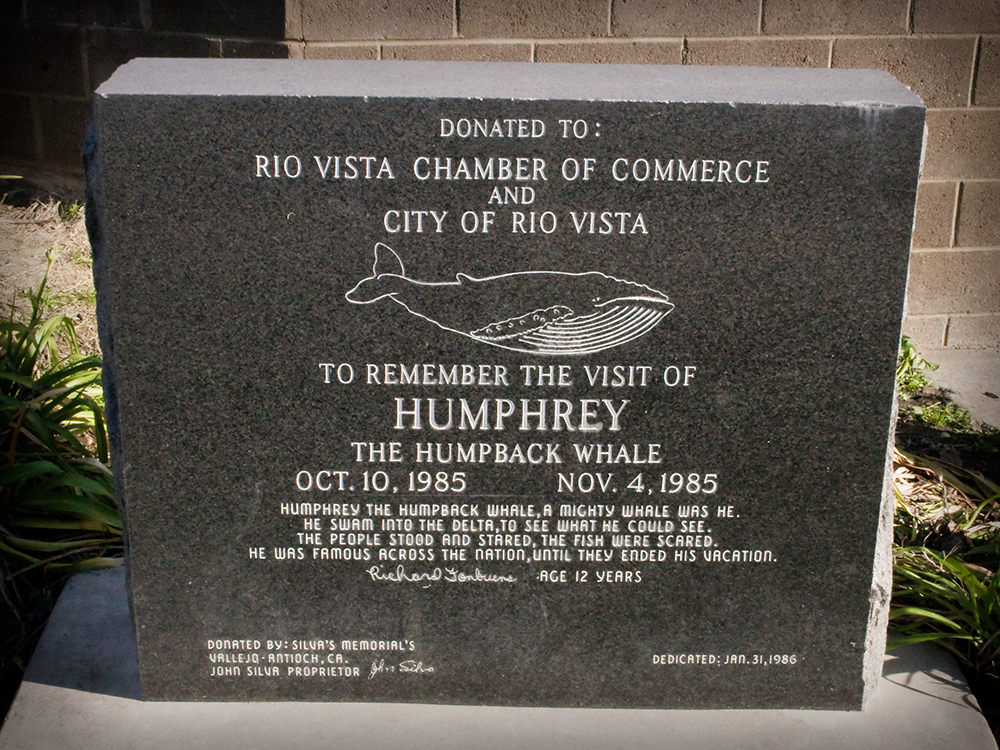 A plaque in Rio Vista, CA commemorates the visit of Humphrey the Humpback Whale to the Sacramento River in 1985. (Photo: Orin Zebest, Flickr CC BY 2.0)

DYKSTRA: Well, a guy would be totally incapable of stopping to ask directions, right? Not peer-reviewed, but I think it’s pretty obvious.

CURWOOD: I should have seen that one coming! Peter Dykstra is with EHN dot org - that’s Environmental Health News - and the DailyClimate.org. Thanks, Peter! We’ll talk soon.


Persian Gulf may be too hot for human survival by 2090. Here’s what this means for your city.

Study finds the warmer it gets, the more world economy hurts

World Health Organization: Red and processed meats have a strong link to cancer