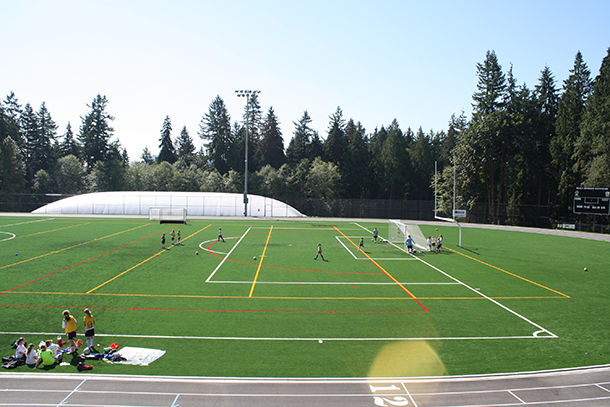 In this week’s episode, Peter Dykstra tells host Steve Curwood about responsible reporting on possible safety concerns of water-saving artificial turf, and the effort to squeeze fresh water from the sea. Then, a trip way back into history to another discovery we can “thank” Columbus for: tobacco.

CURWOOD: Time now to check in with Peter Dykstra, and check out news lurking beyond the headlines. Peter’s with Environmental Health News, that’s EHN.org, and the DailyClimate.org and joins us from Conyers, Georgia. Hi there, Peter.

DYKSTRA: Hi, Steve. One of the most interesting reports I saw this past week was from a cable tv network where you just don’t expect to see deep, quality news on science, environment, and health risks.

CURWOOD: Would that be, what, the Home shopping Network, E, maybe the Lifetime Channel?

DYKSTRA: Well, it could be, but in this case, no. It’s ESPN, which normally brings us a mind-numbing cavalcade of sports on multiple networks. Last week, they gave us some solid journalism on a potential but unproven risk from artificial turf on thousands of school and youth sports athletic fields throughout the US. It’s a story not just about risk, but also one with some deep irony.

DYKSTRA: Well, artificial playing surfaces have been around for half a century. The original Astroturf was called Astroturf because it was first installed in the Houston Astrodome, since real grass doesn’t do well indoors. Over the years, they’ve improved artificial surfaces, and for the last couple of decades, they often used “crumb rubber”—ground-up old tires that simulate dirt. Everybody thought it was a win-win – find a better way to get rid of old tires, on fields that are more durable than real grass and don’t need to be watered and mowed all the time, right?

DYKSTRA: But there’s concern that the artificial rubber from tires contains some hazardous chemicals. Prior studies have not revealed a risk, but several new efforts are underway. The Consumer Product Safety Commission declared crumb rubber fields to be safe in 2008, but earlier this year, they removed their blessing in favor of a neutral position on safety. Bottom line is that ESPN reported the story, to a sports-minded audience, without being either dismissive or alarmist about the possibility of risks.

CURWOOD: And I guess we’ll see if a literal “turf war” erupts. What’s next?

DYKSTRA: Well, as a society, we’re not always all that good at thinking about the future, but for the people who lose sleep thinking about future stuff, you know what one of the biggest concerns is? 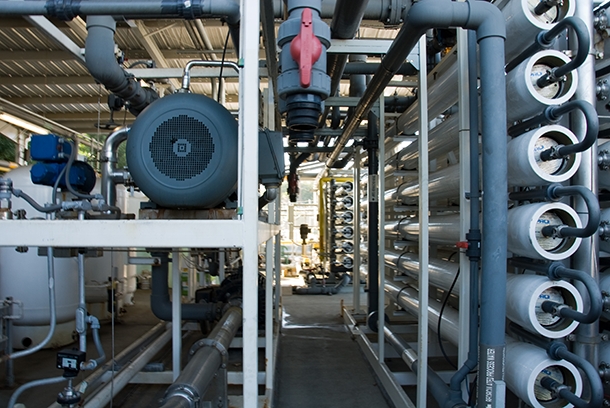 CURWOOD: Well, I'm guessing you're going to say climate change, but maybe you have something else in mind?

DYKSTRA: Yep. Often related to climate change, but probably just as important: Where, and how, we’re going to get our drinking water. Every option has its environmental risks – building dams and reservoirs, drawing down aquifers, and more. So as populations grow and options dwindle while epic droughts seem more common, cities turn to projects like the billion-dollar seawater desalination project near San Diego. It’s only the second major desalination plant in the U.S. – the first one, near Tampa’s been open for eight years, but to mixed reviews. In some parts of the world, desalination is more of an only resort rather than a last resort – dry Caribbean islands like Aruba and Curacao, and of course the Middle East, where the largest seawater conversion plant produces five times the volume of drinkable water that the San Diego plant will when it opens next year.

CURWOOD: Now, we’ve reported on desalination before – isn’t there some baggage associated with making drinking water from seawater?

DYKSTRA: Well, it’s historically energy-intensive, but newer technologies have made the process more efficient and less costly. But when you draw in seawater in large quantities, it’s a risk for the marine environment nearby, and when you discharge the briny water that’s a byproduct of desalination, there’s potentially an even bigger risk. Nobody’s saying that seawater is the ultimate solution here – as big as the San Diego project is, it’ll only service seven percent of the region’s water needs. The plant’s success or failure will have a lot of influence over how big a player desalination is in the American water supply.

CURWOOD: Let’s move on now to the history calendar, what’s your offering this week?

DYKSTRA: Well, a month after Christopher Columbus landed in the New World in 1492, he described what we now call “tobacco” in his journal. History now records that a crew member, Rodrigo de Jerez, is the first European smoker, and wouldn’t ya know, he became quite fond of tobacco. They brought it back and started tobacco’s reign in Spain. 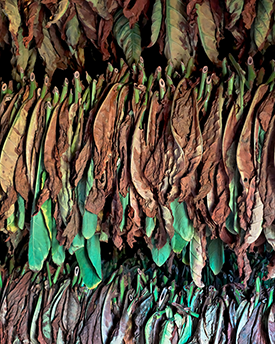 CURWOOD: So when we think of Columbus today, we think explorer, or maybe genocidal explorer, but he kicked off the tobacco business, too, huh?

DYKSTRA: Yeah, thanks, Columbus! Tobacco is one of the few discoveries that accelerated everything from colonization and independence to slavery, Indian slaughter, emphysema and early death. Oh, and another word about Rodrigo de Jerez, pioneer smoker. As the story goes, he didn’t get to witness the tobacco craze he started in Spain. Not long after he got back to Spain, it came to the attention of the Spanish Inquisitors that this guy just got back from America was snorting smoke out of his nose and mouth, and so off to prison he went.

CURWOOD: [LAUGHS] Well, he did have a lot to answer for! Peter Dykstra is with Environmental Health News - that’s EHN.org - and the DailyClimate.org. Thanks, Peter.

DYKSTRA: Sure, Steve. We’ll talk to you soon.

CURWOOD: And there’s more at our smoking website, LOE.org.

CPSC no longer stands by safety of artificial turf

The history of tobacco