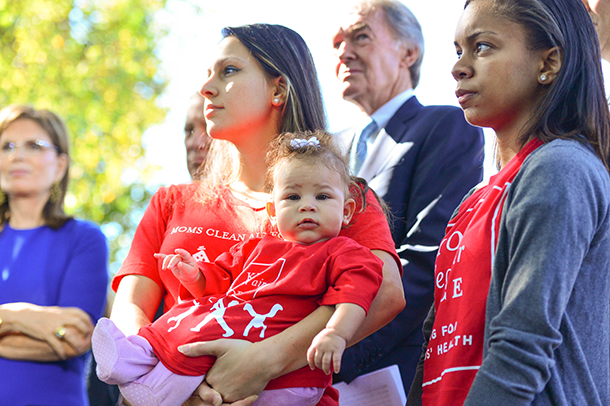 Mothers at a rally in support of TSCA reform (Photo: Senate Democrats CC BY 2.0)

The Toxic Substances Control Act was passed in the 1970s, but since then has proved mostly ineffective at regulating toxic chemicals. A bill updating TSCA is moving through Congress now, and Andy Igrejas of Safer Chemicals Healthy Families tells host Steve Curwood that while the bills are weak, it’s a start.

CURWOOD: From the Jennifer and Ted Stanley Studios at the University of Massachusetts Boston and PRI, this is Living on Earth. I’m Steve Curwood. We begin our broadcast today with Tosca, but not the famous melodramatic opera by Puccini. No, this TSCA is the Toxic Substances Control Act of 1976 that lists some 85,000 chemicals in its inventory, though there is plenty of melodrama in the decade-long efforts to modernize it. In fact there was practically a deathbed scene when the long-term proponent of TSCA reform, New Jersey Democratic Senator Frank Lautenberg, cut a deal with Louisiana Republican David Vitter just days before Lautenberg’s death. But another longtime proponent, California Democrat Barbara Boxer, denounced that pact as a giveaway to industry, and turned against some provisions of current TSCA reform legislation now before the Senate. Andy Igrejas, director of Safer Chemicals Healthy Families predicts the bill will pass, but he thinks it’s too weak. Andy, welcome to Living on Earth.

IGREJAS: Thanks for having me!

CURWOOD: The Toxic Substances Control Act I believe was done back in 1976 and really hasn't been revised since then. Why has it been stuck for so long?

IGREJAS: Well, the Toxic Substances Control Act when it passed in 1976 it had a key flaw in it in that it basically said that the government was going to require an approval process for chemicals that were invented from that point forward, that industry wanted to bring to the market, but for all the chemicals that were on the market at the time, it basically said these are presumed fine, unless the EPA can prove that there's a problem. Pretty quickly it turned out that the legal hurdles and the administrative hurdles to the EPA being able to prove that there was a problem with those existing chemicals and that's still the bulk of chemicals, it was 62,000 at the time. The legal hurdles to EPA actually taking action on those chemicals proved insurmountable. They spent the 80s trying to regulate asbestos and when they finally got around to a full-fledged rule to restrict asbestos, the federal courts struck down the rule and EPA basically gave up at that point on trying to restrict those chemicals that were on the market at the time that TSCA passed. And the chemical industry enjoyed that protection and didn't want to change TSCA until relatively recently. 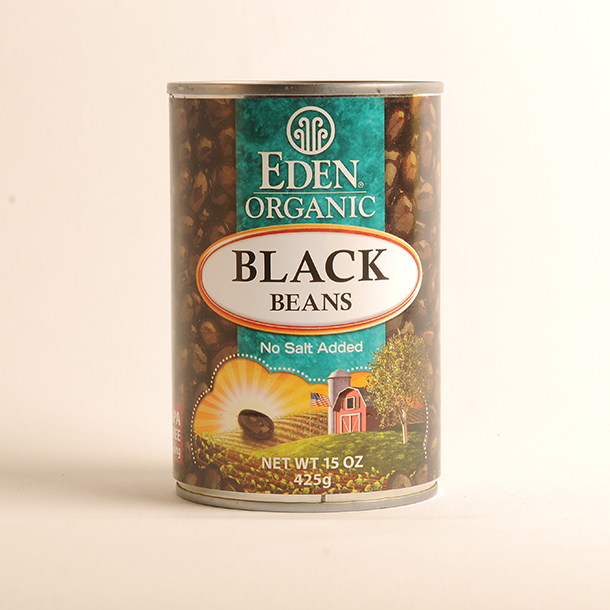 CURWOOD: And what's been the incentive now for industry to stop its opposition to this and be willing to move forward on additional regulations on toxic substances?

IGREJAS: There are three things that changed in the country and the world in the 2000s basically that brought the chemical industry to the table. The first is that state government started to fill the void and to review and restrict certain chemicals, and the pace of that state activity went from a couple of things here and a couple things there to more comprehensive laws getting passed in different states. Then there was a phenomenon that the industry calls retail regulation where you had Walmart, Target and some others responding to consumer demands about avoiding certain toxic chemicals and they started to just restrict them themselves. And the third major change is that Europe overhauled its chemical regulation in ways that started to set a new standard for the world and has set a new standard for the world and so you have a lot of our trading partners around the world really keying off of what Europe is doing with chemicals instead of what United States is doing. And all three of those things had the chemical industry say“well, wait a second, we'd rather have one stop shopping in Washington for how chemicals are getting reviewed than all of these changes out there in the world.”

CURWOOD: Andy, I think one of the core issues around the Toxic Substances Control Act is that there are just thousands of chemicals in our country today that are waiting on some kind of review by the Environmental Protection Agency. How well would this version of the law equip the government to do the review that's necessary? Someone told me that the math under the present system, it would take a millennium to actually review all these chemicals.

IGREJAS: The review is still, under either bill - the one that's passed the House or the one that's passed the Senate - the pace of reviews will be pretty glacial compared to the amount of chemicals that are in commerce. Basically, the house bill calls for EPA to review and potentially restrict at least 10 chemicals a year. The Senate bill has a schedule that is weaker than that, 25 chemicals over eight years. There's some differences...the Senate schedule is more enforceable, people outside could sort of sue EPA if it didn't make the schedule. The way the House one is structured you couldn't. But under either context we're talking about some fairly slow progress. One of the questions is can EPA only require testing for the chemicals that it is at the moment it's reviewing their safety, or can it require testing of a batch of chemicals to help decide whether these are chemicals that need to be reviewed, and at least shine more of a light on more chemicals than that just the ones that are under its lens at a given moment. And that's something that the bill's differ on a little bit too but at least EPA will be getting in on the act of reviewing chemicals, but we're talking about a pretty modest step when measured against the amount of unreviewed chemicals that are out there.

CURWOOD: Help me on the math of the unreviewed chemicals. How many thousand unreviewed?

IGREJAS: Officially the TSCA inventory is up at around 84,000. 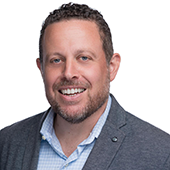 IGREJAS: At best 10 chemicals a year.

IGREJAS: It's not quite 1,000 years. I think the math of it is ridiculous. One of the things is most people agree that's sort of the official tally of chemicals in commerce. Most people think that the number is probably half that or maybe less than that so I think it's a little less stark than those statistics make it sound. But it is still a problem. The earlier versions of reform that we've been pushing really called for grappling with that schedule in a more aggressive way dealing with batches of thousands, but the chemical industry and others kept blocking that effort so what we're looking at now is going to be a fairly limited set of reviews. They would still be meaningful compared to the status quo because if EPA reviewed chemicals that are a problem right now and really looked at all the uses of the chemical and either banned the chemical or restricted the uses to a few things where it's really necessary where people aren't being heard and they can demonstrate that, that would be progress, that would be potentially significant progress even doing that for 10 chemicals a year compared to the status quo, but measured against the problem it's certainly not enough progress.

CURWOOD: Andy Igrejas is Director of Safer Chemicals, Healthy Families. Thanks so much for taking time with me today, Andy.

IGREJAS: Thank you so much. I appreciate it.