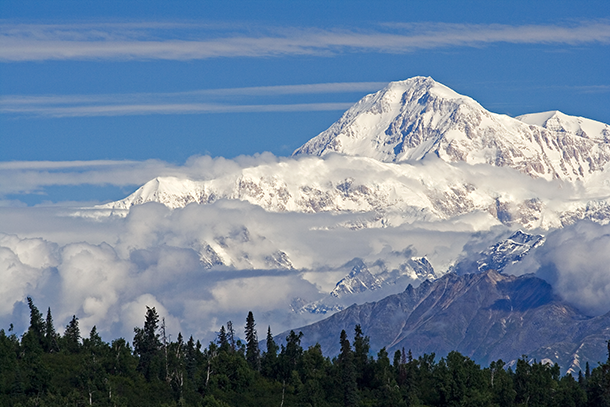 In this week’s trip beyond the headlines, Peter Dykstra tells host Steve Curwood about some of the things he’s thankful for: US parks and the 35th anniversary of the Alaska National Interest Lands Conservation Act, the destruction of chemical weapons, and the Freedom of Information Act, which has helped improve government transparency over climate and environmental issues.

CURWOOD: Time to discover what’s going on beyond the headlines now with Peter Dykstra of the DailyClimate dot org and ehn dot org, Environmental Health News. We check in with him most every week, and he’s on the line from Conyers, Georgia. Hi, there Peter.

DYKSTRA: Well, hi Steve. You know, I love the discussions we have each week, but one of the pitfalls of environmental news is that so often, it’s just bleak news. So since it’s Thanksgiving time, I’m going to focus on three things to be thankful for that reach back into history and also have great meaning for our present and our future.

CURWOOD: Sounds like a plan. There’s always room at the table for positive things.

DYKSTRA: OK, we’ll start with parks. From wilderness areas to pocket parks in urban neighborhoods, they’re a real salvation. And this week marks the 35th anniversary of one of the biggest developments in U.S. Park history: the Alaska National Interest Lands Conservation Act, which pretty much doubled the protected acreage in the U.S. thanks to Congress and a stroke of Jimmy Carter’s presidential pen.

CURWOOD: Well now that’s an anniversary to be thankful for, but I’m not sure the current Congress is really getting with the program on the value of nature. 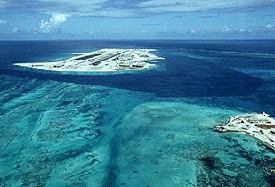 DYKSTRA: Fair enough, but right now the action to protect wild places is focused on the ocean. The U.S., U.K., New Zealand and Chile have all taken major steps to create marine protected areas recently. Thanks to everyone who makes parks special from the vast preserves of ocean and wilderness to the little parks in our neighborhoods. And now, a word of thanks regarding chemical weapons.

DYKSTRA: Well I’m thankful for the progress that’s been made getting rid of them. It was fifteen years ago this week that destruction of the huge U.S. chemical weapons stockpile at Johnston Atoll in the Pacific wrapped up: nerve gas, sarin, mustard gas, and other barbaric weapons of war incinerated to comply with the international and congressional agreements. There was some concern that even the act of destroying chemical weapons would pose a big risk, but though they haven’t always stuck to their commitments, most of the world’s nations have foresworn their use, manufacture and storage.

CURWOOD: And Johnston Atoll was a particularly bad place to store them with the advancing threat of sea level rise.

DYKSTRA: Right and here’s something else that’s thankfully cool: After decades of intensive military use and chemical weapons storage, Johnston Atoll is now part of one of those marine sanctuaries.

CURWOOD: So are we about to go three for three on thankfulness? What’s next?

DYKSTRA: I want to tell you a little story about FOIA: The U.S. Freedom of Information Act. The original act was passed in 1966, pretty much a weaker version of today’s law, and one of its most enthusiastic sponsors was a young Republican Congressman from Illinois named Donald Rumsfeld. He was eager for a way to keep the Democrats in Lyndon Johnson’s administration accountable. But soon federal agencies found ways to thwart public information requests or keep them on hold for months. By 1974 in the wake of the Watergate scandal, Congress improved and strengthened the Freedom of Information Act, but President Ford vetoed the bill, egged on by his chief of staff who was Donald Rumsfeld.

CURWOOD: So he was for FOIA before he was against it, right?

DYKSTRA: That’s right. And Congress overrode the Presidential veto, and FOIA became the law that allowed a reporter named Karen Dorn Steele to uncover the massive pollution at U.S. nuclear weapons plants in the 1980s, and activists at the Climate Investigations Center to discover some eyebrow-raising financial conflicts in the funding of a researcher, Willie Soon, whose work casts doubt on mainstream climate science earlier this year.

CURWOOD: But FOIA’s far from a perfect transparency weapon.

DYKSTRA: Very far from it. Those embarrassing revelations about Willie Soon took more than five years to produce, and federally-funded climate scientists say that political operatives have learned how to exploit the law to harass them, filing enormous requests that cause climate research to stop while scientists collate tens of thousands of pages of documents. And it’s still not too difficult for government agencies to sandbag even the most appropriate FOIA requests. So let’s be thankful for a potent but imperfect good government law like the Freedom of Information Act as a citizen’s tool to try to keep the government honest.

CURWOOD: Well, ‘tis the season to be thankful – so thanks Peter – Peter’s with Environmental Health News, that’s EHN.org and the DailyClimate.org. We’ll talk again when we get back from the climate conference in Paris.

DYKSTRA: Alright. Thanks a lot, Steve. Have fun in Paris.

Johnston Atoll is part of a US marine national monument

Veto battle over strengthening the Freedom of Information Act