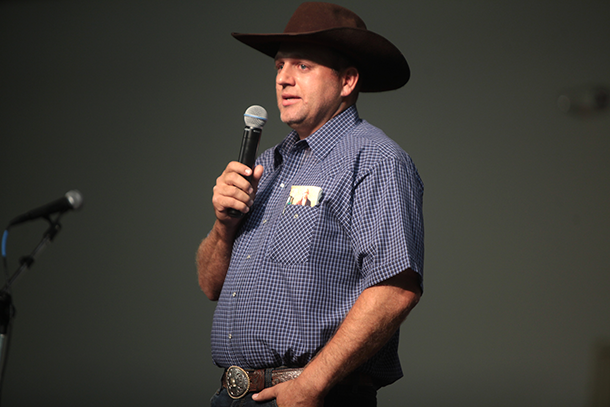 In this week’s trip beyond the headlines, Peter Dykstra and host Steve Curwood discuss the armed takeover of a wildlife refuge facility in Oregon, debate a new ban on microbeads, and remember the implementation of the 55-mile per hour speed limit.

CURWOOD: Let’s continue our analysis this week with Peter Dykstra of Environmental Health News, that’s EHN.org and the DailyClimate.org. He’s on the line now from Conyers Georgia, and has been looking beyond the headlines. Hi there, Peter.

DYKSTRA: Well, hi, Steve. You know, to me it's arguably one of the biggest cultural divides in the U.S. - certainly about land and the environment and the issues we talk about here. That standoff in Oregon: armed, very angry ranchers taking over a National Wildlife Refuge Headquarters over issues like grazing rights and federal control of lands. I don't think it's very well understood, nor has it been very well reported, so in a couple of minutes let's try and set a few things straight.

CURWOOD: Huh, sounds to me like it's the old Sagebrush Rebellion coming back again.

DYKSTRA: That's right, you're remembering back in the 1980s - with controversies like the Spotted Owl, the Endangered Species Act put some forest land off-limits for logging. And logging towns, logging communities were very upset about it. Therefore, Spotted Owl cookbooks . . . but you can go back even farther than that. Even though this isn't strictly environmental, in the first half of the century, the twentieth century, it was government agents, the Revenuers, trying to chase down illegal stills and moonshiners. But it was that same anti-government resentment.

CURWOOD: Yeah, but that movement had really cool cars, as I recall.

DYKSTRA: Hot-rodders, and that actually ended up being the seed for NASCAR.

CURWOOD: Why do you suppose that, as we record this, Peter, the federal government has made no move to get these people out of there? It's federal property.

DYKSTRA: Well, they're a little gun-shy - no pun intended - because of what happened in the 1990s, with federal overreactions like Waco and Ruby Ridge, where people died. And that just deepened the resentment, even though those were not strictly environmental things. But it's also not just the West - if you go to a fishing town like Gloucester, Massachusetts, perpetually upset over catch limits on dwindling fish stocks, or down in the Gulf of Mexico, the shrimp towns there upset over measures to limit turtle deaths in the shrimp industry. There are tons of examples like this and they literally go back a century.

CURWOOD: Or two, if you think of the Whiskey Rebellion, shortly after the Revolutionary War, people didn't like federal control over local issues.

DYKSTRA: Well, there you go, and the anger can't be dismissed. But it can't be coddled, either. We're way past the point where we can protect natural resources on the honor system.

CURWOOD: And I gotta say that if it were a bunch of people of my color - black people - who had a bunch of guns, holed up in a federal office saying that they weren't going to put up with anything more from the Feds - well, we know how long that would last.

DYKSTRA: And I don't think the media would be throwing around words like "activists" or "militia"; I think it would be a little more hard-edged than that. Another thing about all of this, there was a recent analysis by the FiveThirtyEight website, that says ranchers demanding free access to federal lands are already getting a 93% discount from the normal grazing fees at market rates.

CURWOOD: Go figure. Hey, what else do you have for us this week, Peter? 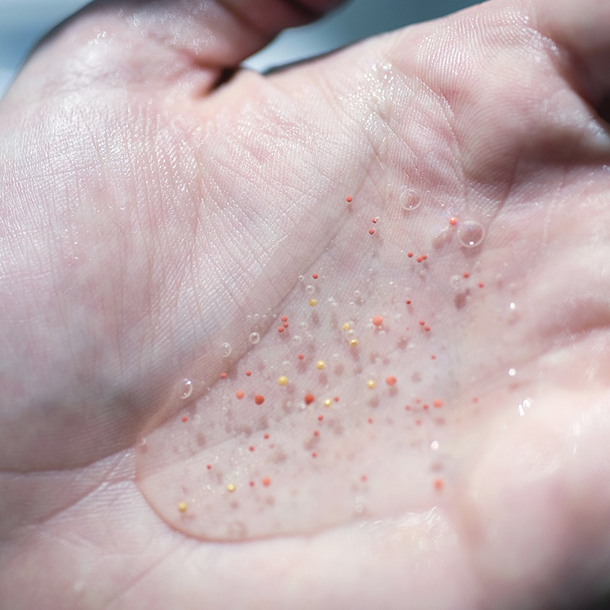 Plastic microbeads from hygiene products can have negative effects on the ocean, wildlife and other water environments. (Photo: MPCA Photo, Flicr CC BY-NC 2.0)

DYKSTRA: Well, something came out Congress - that's a headline in itself, Something Came Out of Congress! - both houses passed, and President Obama signed, an amendment to the federal Food, Drug, and Cosmetic Act, that bans cosmetics containing microbeads as of 2018.

CURWOOD: There's been a continual - pardon the expression - food fight over any kind of regulations on Capitol Hill; so how come there's a bipartisan deal to do this?

DYKSTRA: Well, the bill passed both the House and Senate by acclamation. Nobody stood up to oppose it, and five co-sponsors were Republican congressmen, all from Great Lakes states, but including Fred Upton, the powerful chair of the House Energy and Commerce Committee whose district hugs the shore of Lake Michigan. Also in the Senate, Rob Portman of Ohio, another Republican. And neither Upton nor Portman are big fans of the Obama administration's environmental initiatives. But recent reports on microbead threats to the Great Lakes, not just to saltwater, may have been the game-changer here.

CURWOOD: Hey, before you go, Peter, take us for a look back at history, please.

DYKSTRA: Well, we're gonna touch on something else where the government lays down the law and people just don't like it. Back to 1974, the month of January, '74, President Nixon signed a bill setting a nationwide fifty-five-mile-an-hour speed limit. We were still in the OPEC oil embargo, with long lines at the gas pump and skyrocketing prices. Gas went from about forty cents a gallon to a whopping sixty-five cents during the energy crisis. Can you imagine paying sixty-five cents a gallon for gas? 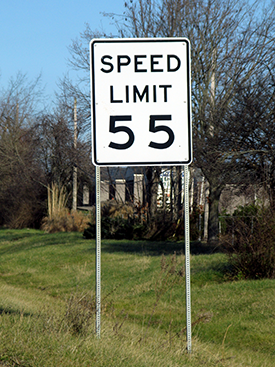 CURWOOD: [LAUGHS] But I remember people did not like it; I'm old enough to remember those gas lines and the price of oil going through the roof. It was twenty-nine cents a gallon, I think, before this happened.

DYKSTRA: Right, people didn't like it at all. Truckers said it cost them money, and it's probably true. But supporters say it saved thousands of lives and millions of barrels of imported oil. Sammy Hagar got a platinum record out of it all in 1984, Congress relaxed the nationwide 55-mile-an-hour speed limit in 1987, and abolished it outright in 1995 and we don't even remember the reasons why we had it in the first place.

CURWOOD: Yeah. Nor does anyone pay attention to a 55-mile-an-hour speed limit where it still is, these days, it seems like.

DYKSTRA: Right, and even now with ever-more-obvious threats from climate change, gas is relatively cheap, and we're responding by driving more miles and buying more gas-guzzling SUVs and pickup trucks.

CURWOOD: Peter Dykstra is with Environmental Health News - that's EHN dot org - and the Daily Climate.org. Thanks so much, Peter, we'll talk to you soon.

DYKSTRA: All right, we’ll talk to you soon.


Read more about the Oregon takeover in the New Yorker

The history behind the National Maximum Speed Law